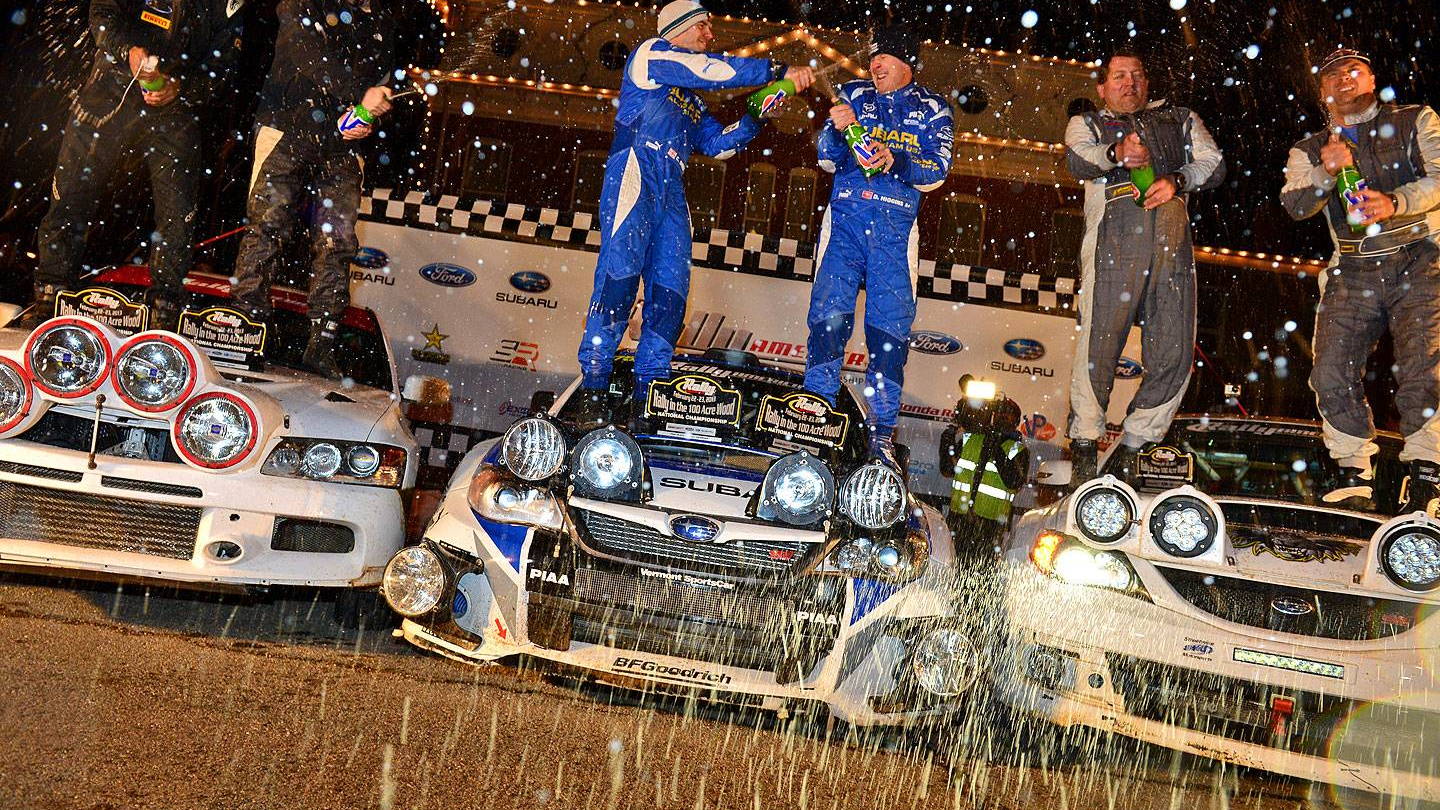 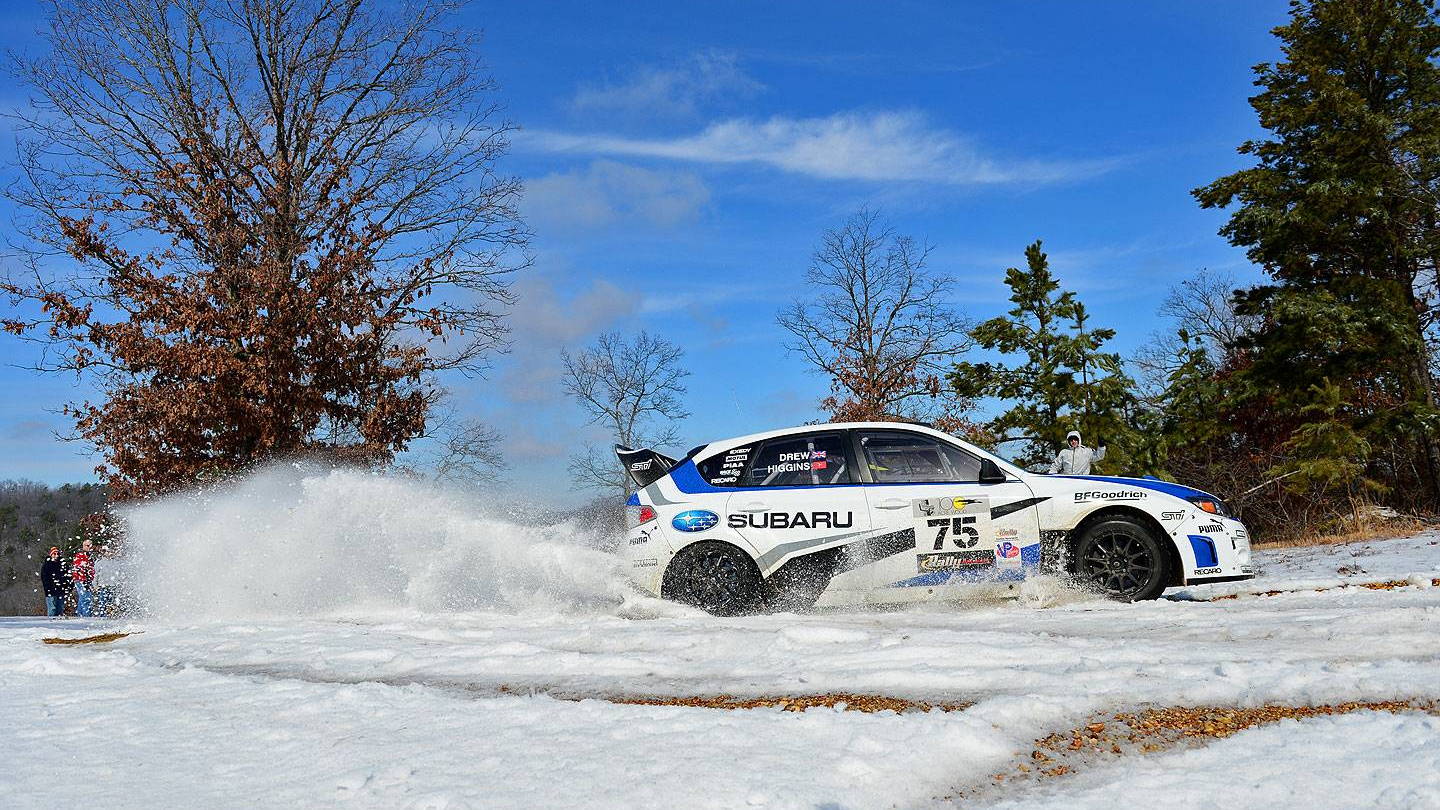 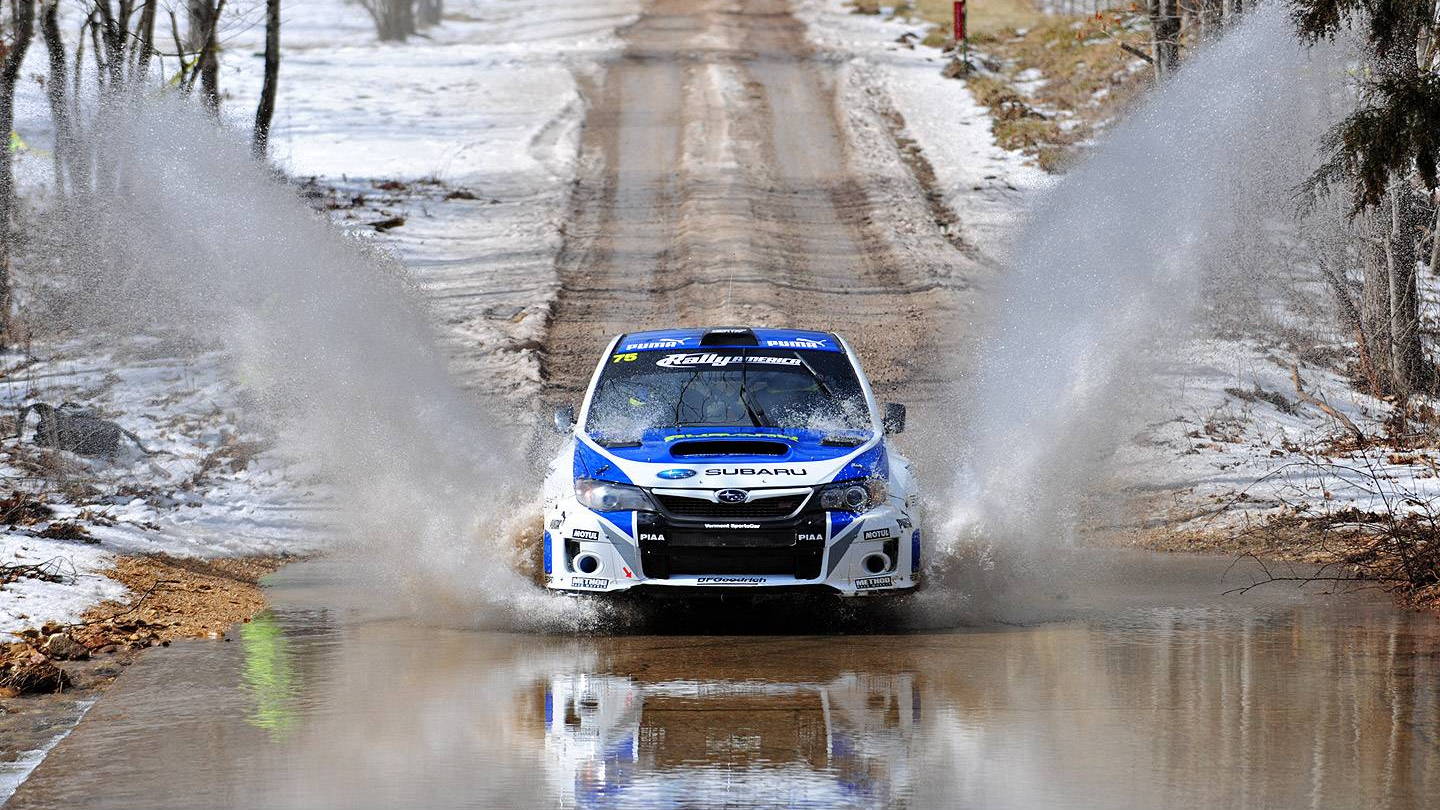 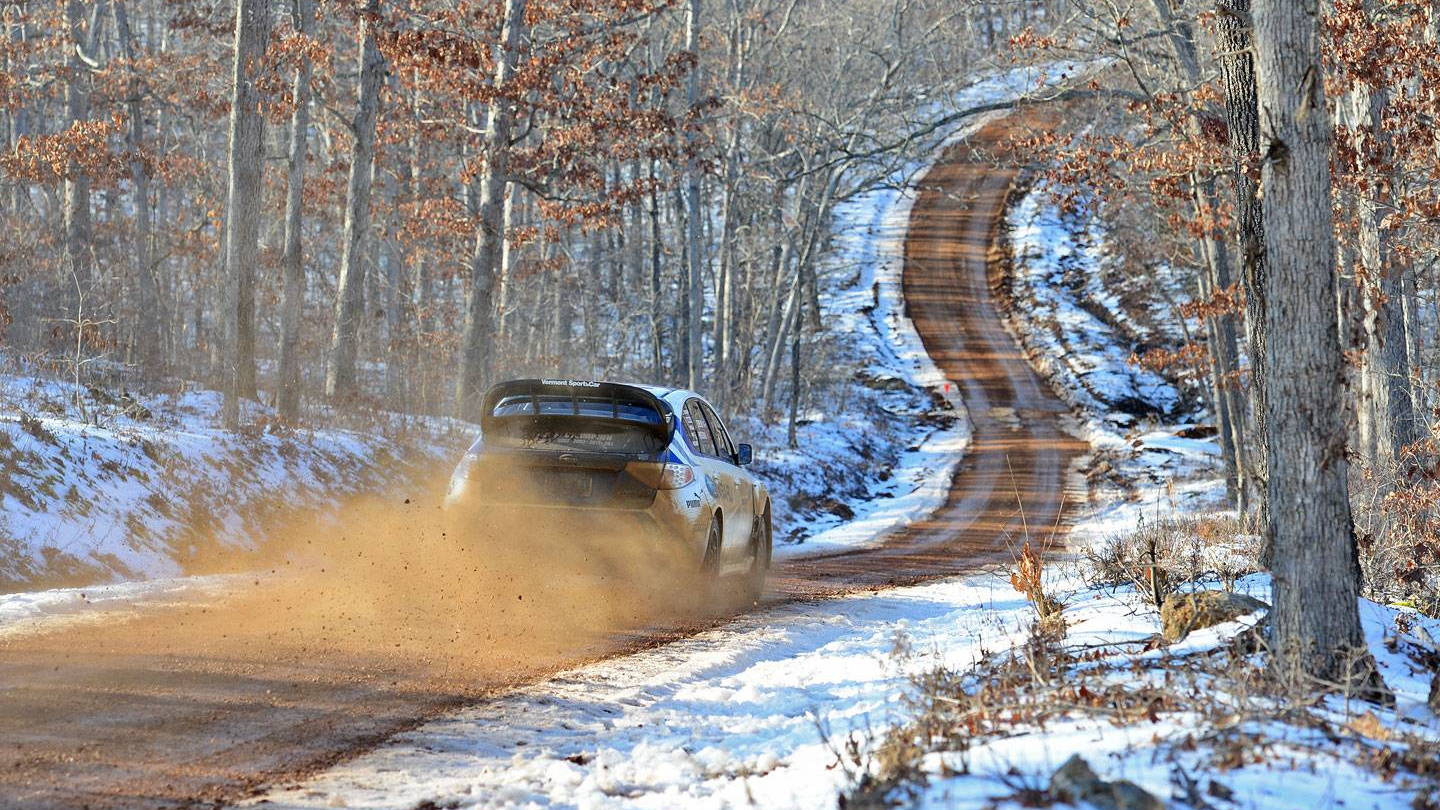 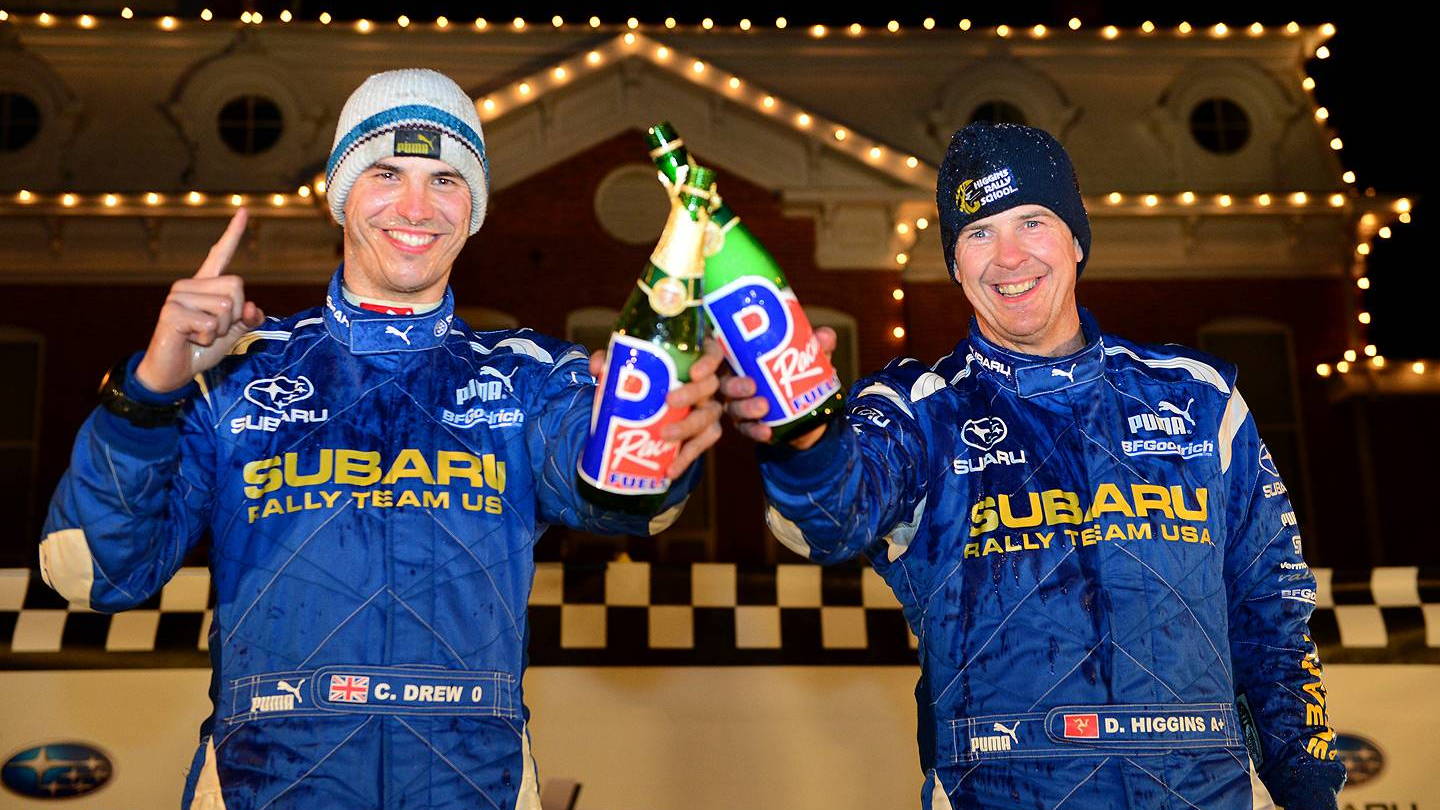 9
photos
David Higgins' ability behind the wheel is unquestioned, as is Subaru Rally Team USA's ability to prep a winning car. This weekend, the two came together with co-driver Craig Drew to take the win in the snow-covered Rally in the 100 Acre Wood. In doing so, the team broke Ken Block's six-win streak at the event.

We've had personal seat time with Higgins (and his brother, Mark), and we're thoroughly convinced of his skill behind the wheel. But winning a major rally isn't just about being fast, it's about staying together, staying on course, and minimizing mistakes.

"I started the rally a little slow but upped the pace from stage two and was just trying to keep close to the lead to be ready for an attack on day one's night stages. As it turned out though our rivals fell into deep trouble before that and from there onwards it was just a case of keeping my focus and driving mistake free," said Higgins in a statement. "The conditions were very difficult but we had the right car and setup to deal with it."

Higgins started slow, but quickly picked up the pace, taking the lead after Ken Block went off course in the slick conditions (later retiring from a near-second-place finish due to a throttle failure). Once in front, Higgins and Drew continued to pick up the pace, maintaining a comfortable lead and eventually winning by a margin of 8 minutes, 51 seconds.

Check out the video above for a few quick highlights of the drive, and look for more coverage in the coming days.