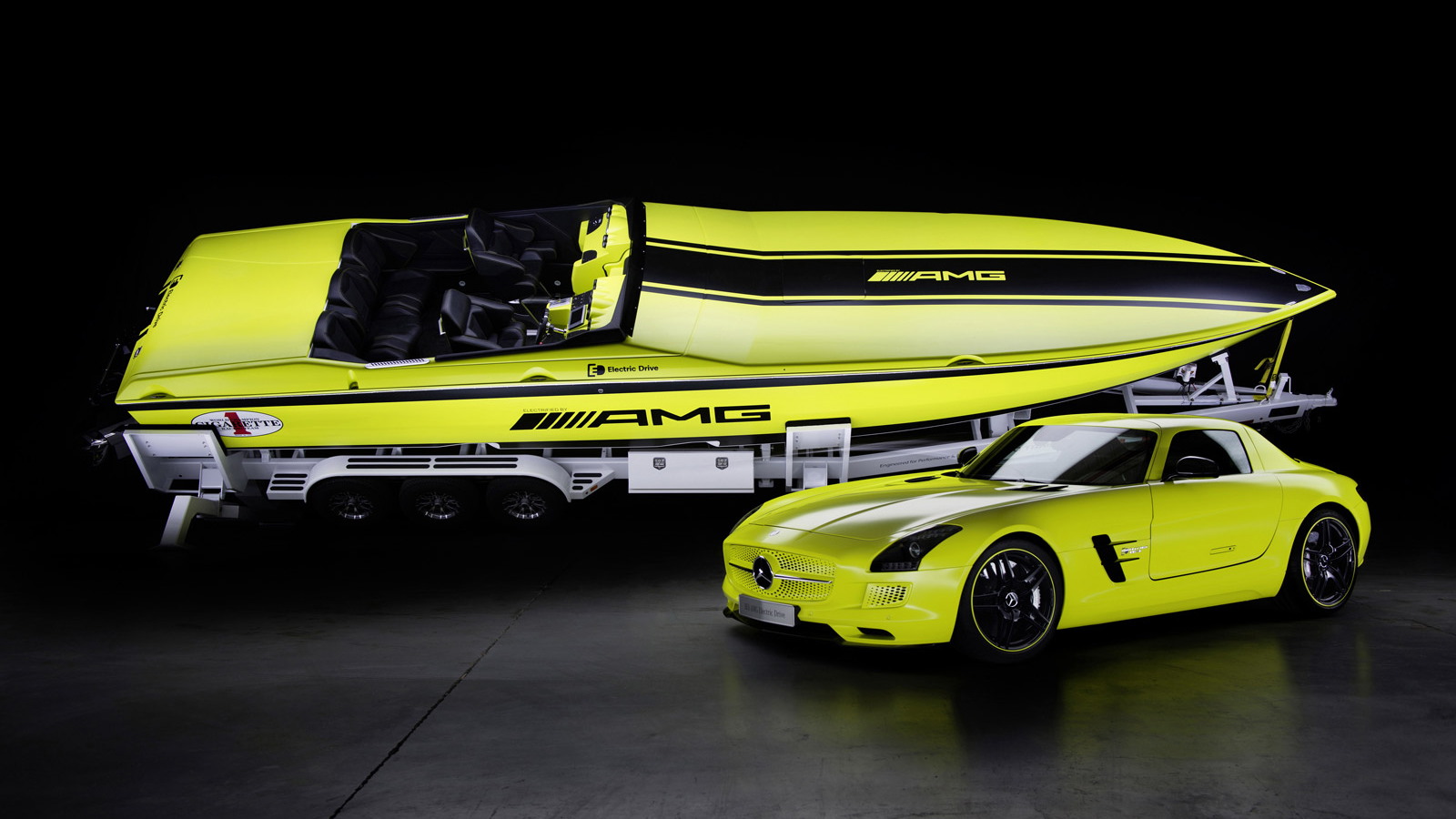 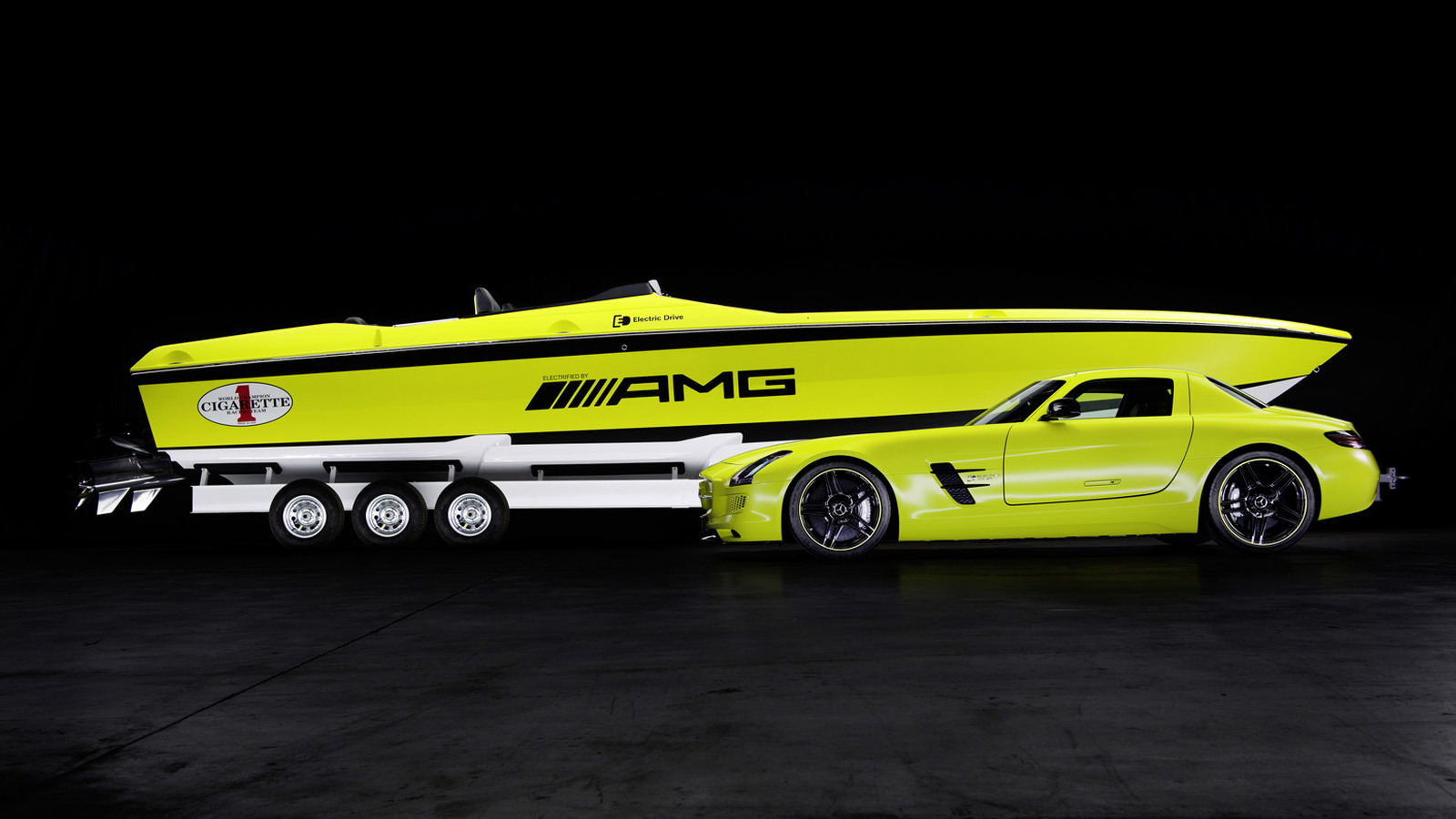 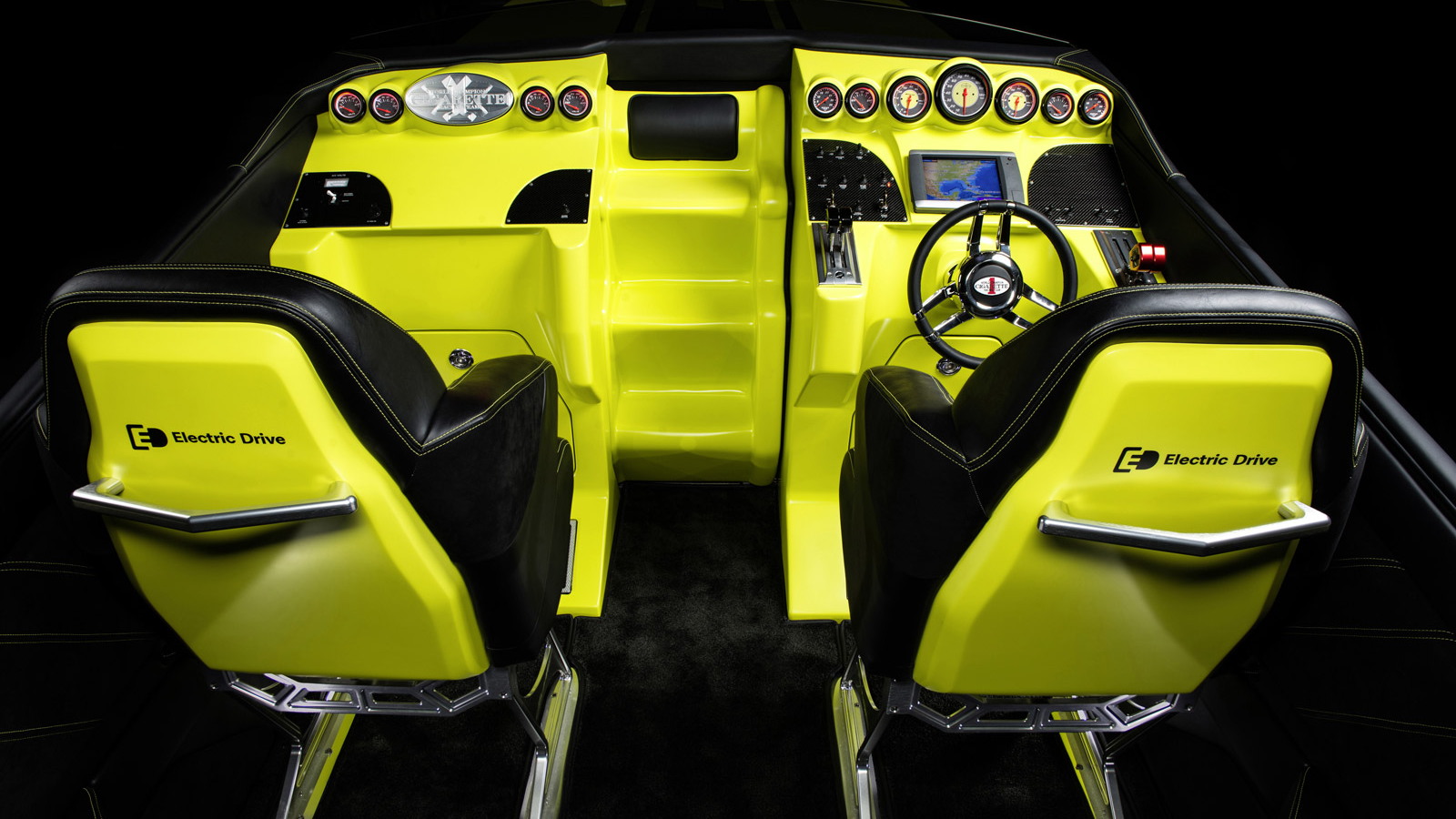 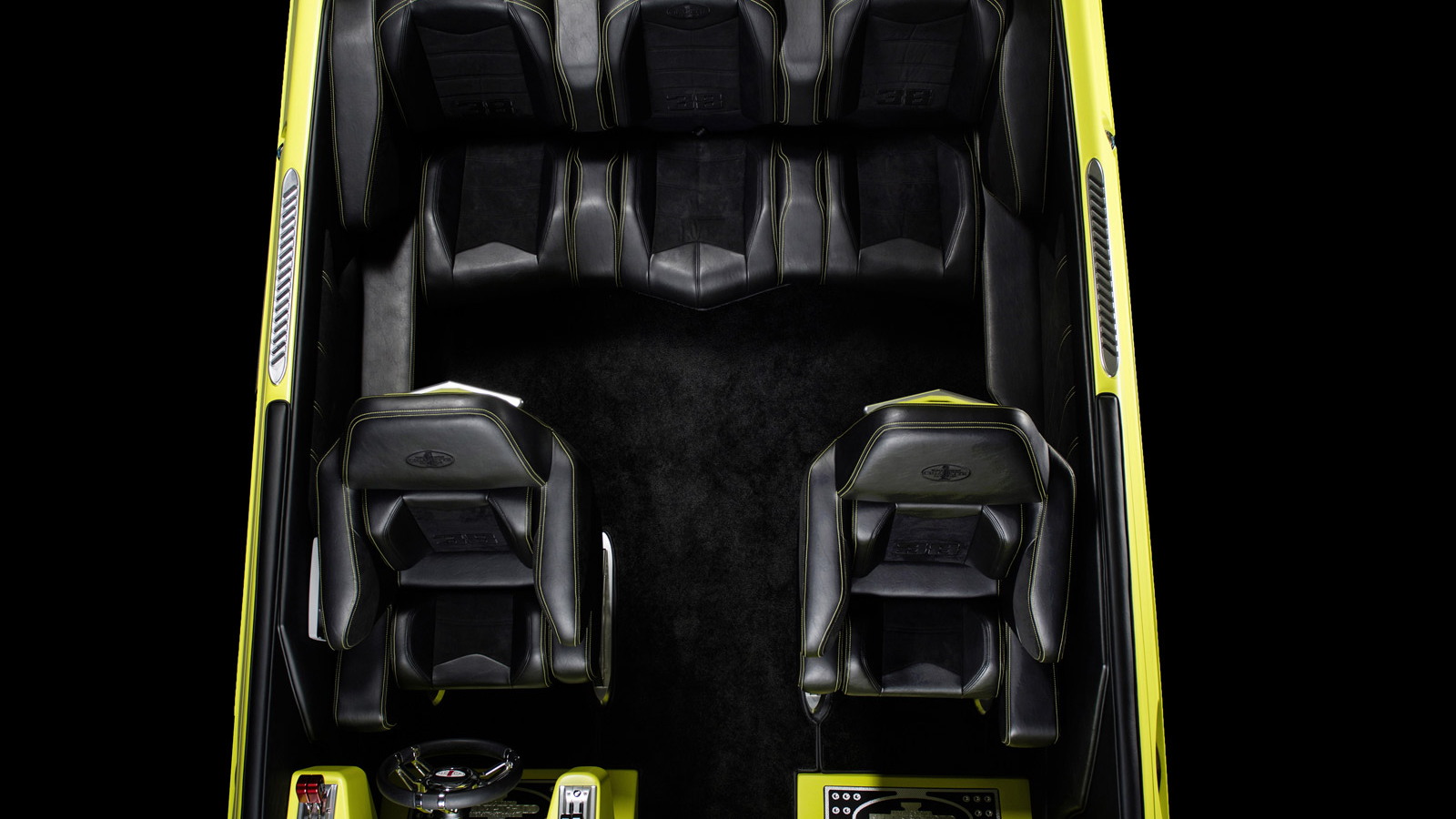 12
photos
Everyone knows electricity and water don’t mix, but with the latest creation from Cigarette Racing, a world renowned manufacturer of powered boats based in Miami-Dade County, Florida, nothing could be further from the truth.

At the Miami International Boat Show this week, Cigarette Racing took the covers off a new boat concept powered by an electric drivetrain inspired by the one in the Mercedes-Benz SLS AMG Electric Drive.

Cigarette Racing and AMG have collaborated on a number of projects in the past, and just this month unveiled the 42-foot Huntress, which was inspired by the Mercedes-Benz G63 AMG.

Cigarette Racing’s latest boat, the 38-foot Cigarette AMG Electric Drive concept, is like nothing we’ve seen before, however.

It has a combined output of 1,654 kilowatts (2,220 horsepower) and 2,212 pound-feet of torque from its twelve electric motors, which is enough to see it reach a top speed of 100 mph. By comparison, the 552-kilowatt (700-horsepower) SLS AMG Electric Drive has a limited top speed of 155 mph.

The boat concept integrates four batteries with a total of 48 modules and 3,456 cells which generate a total capacity of 240 kilowatt hours and maximum voltage of 400 volts. To charge all of this, there are two 22-kilowatt onboard chargers from the SLS AMG Electric Drive as standard.

Adapted to fit the infrastructure standard of many American marinas, the boat has a charging capacity of 44 kilowatts. The battery is fully charged in approximately seven hours. To reduce the charging time to less than three hours, the powerboat can be fitted with four on-board chargers as an option. Unfortunately, no figures for range have been given.

This theme carries over to the cabin, which also benefits from design and fittings inspired by those in the electric Mercedes supercar. Items including sports seats, various carbon elements and AMG logos. There are also displays provide for current motor output, speed, battery voltage and of course the battery's state of charge.