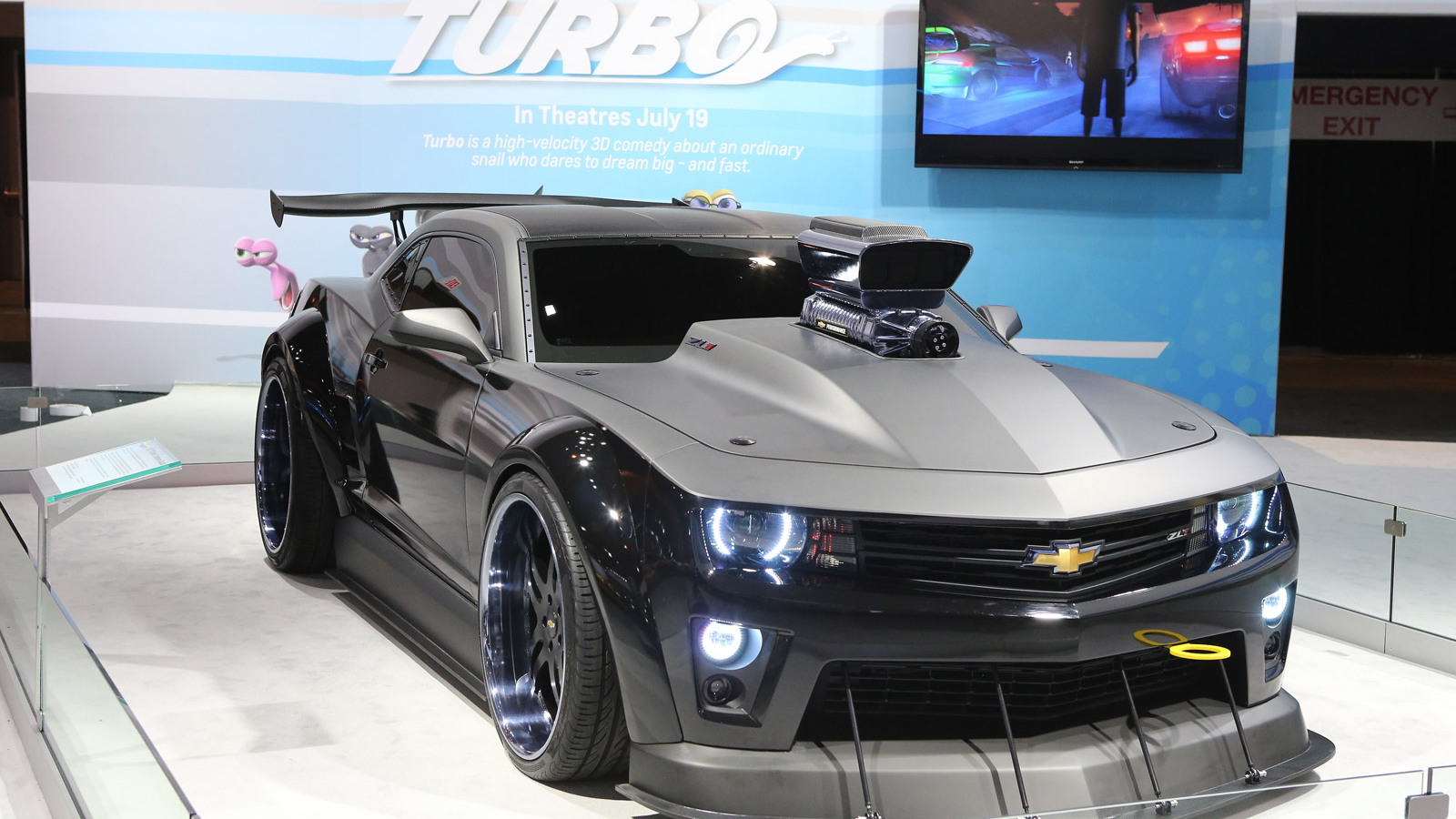 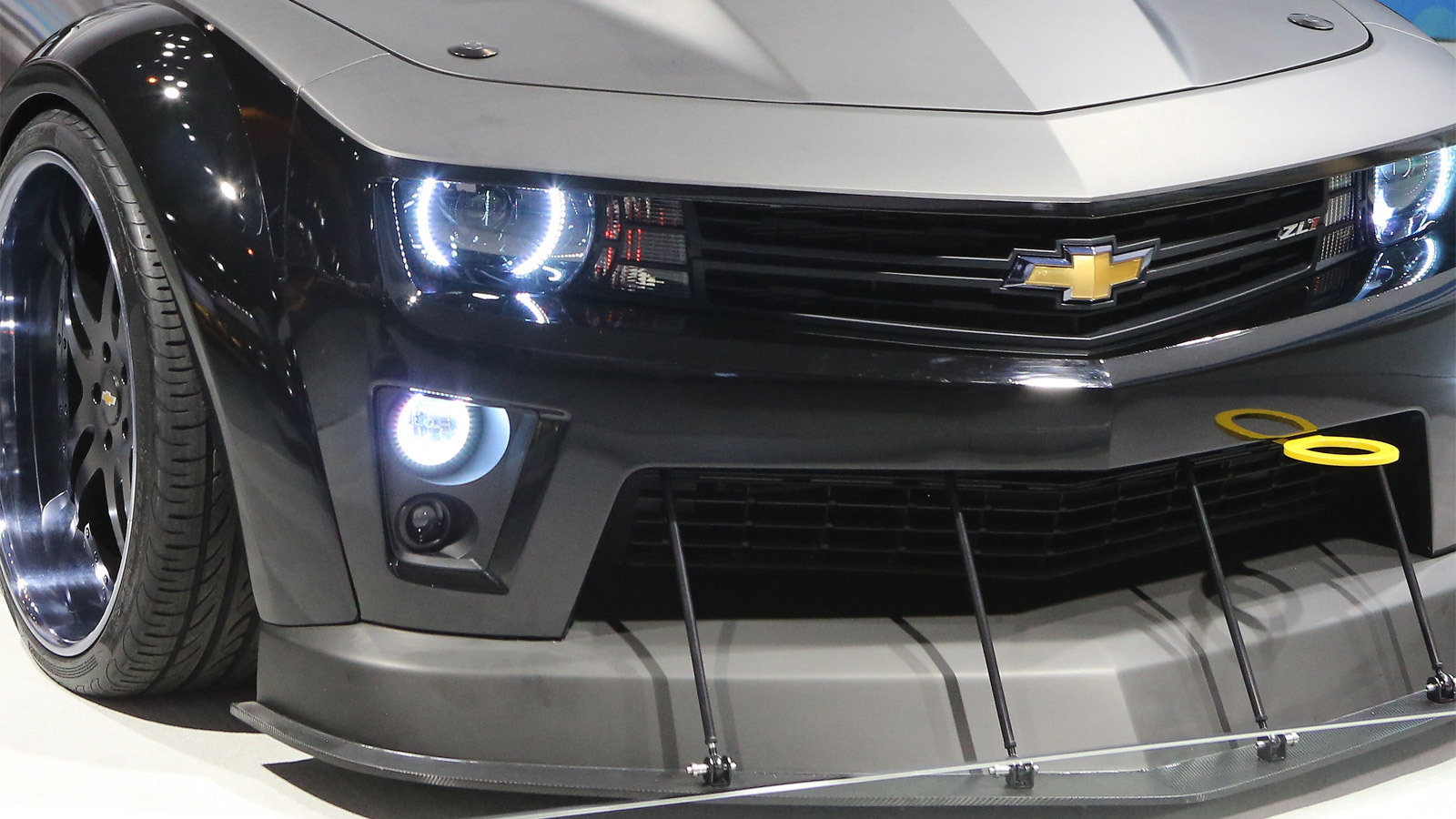 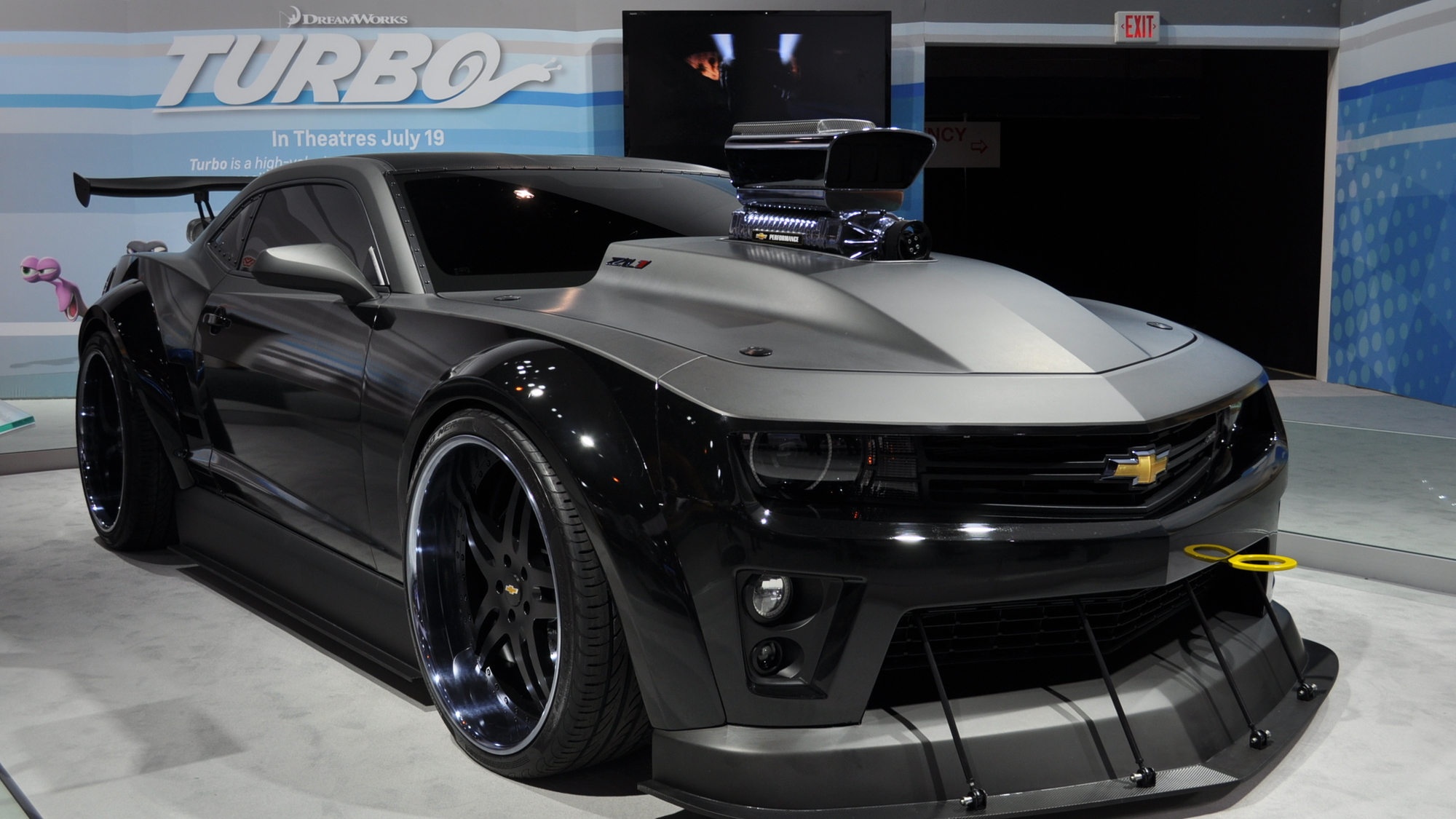 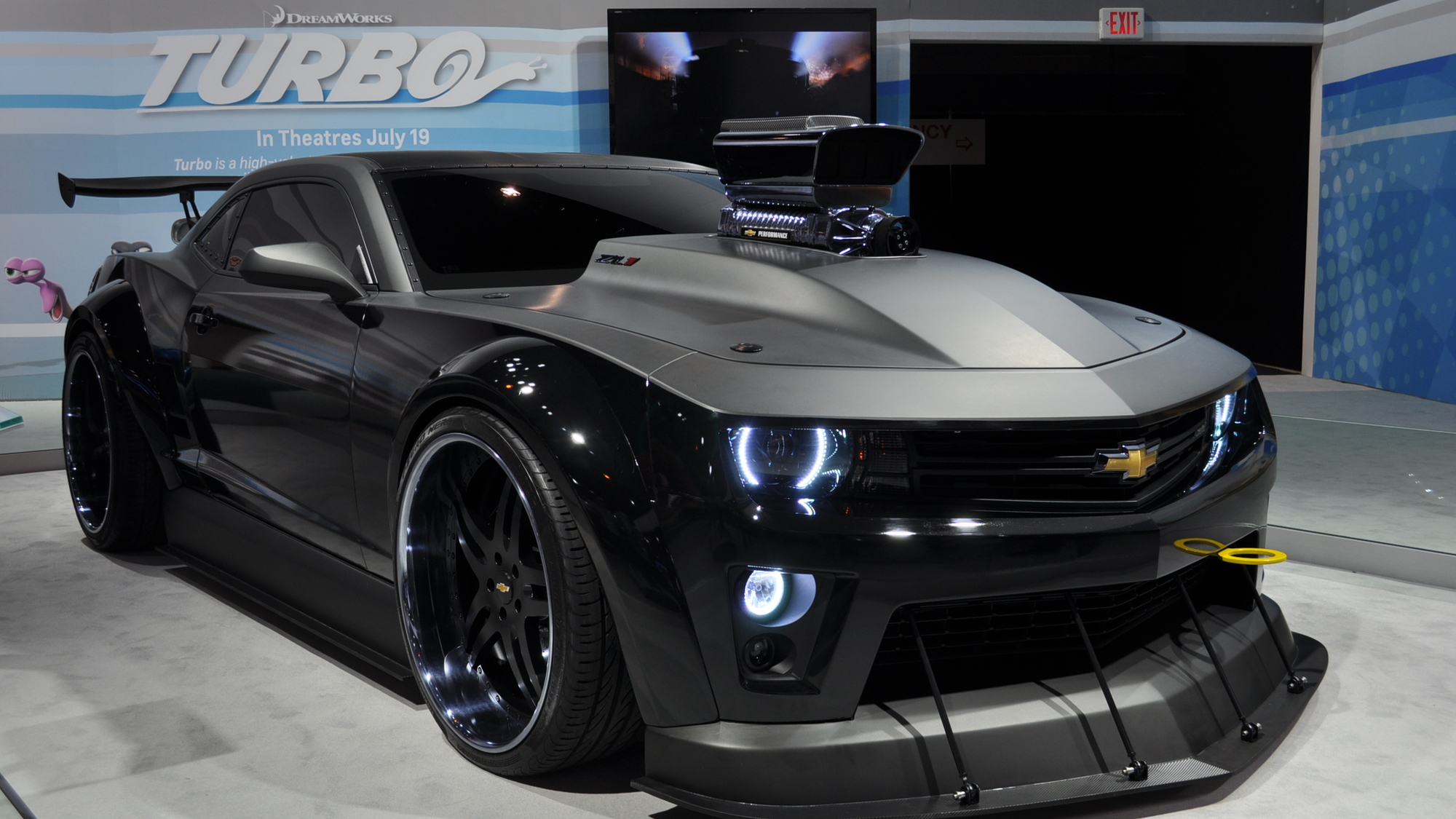 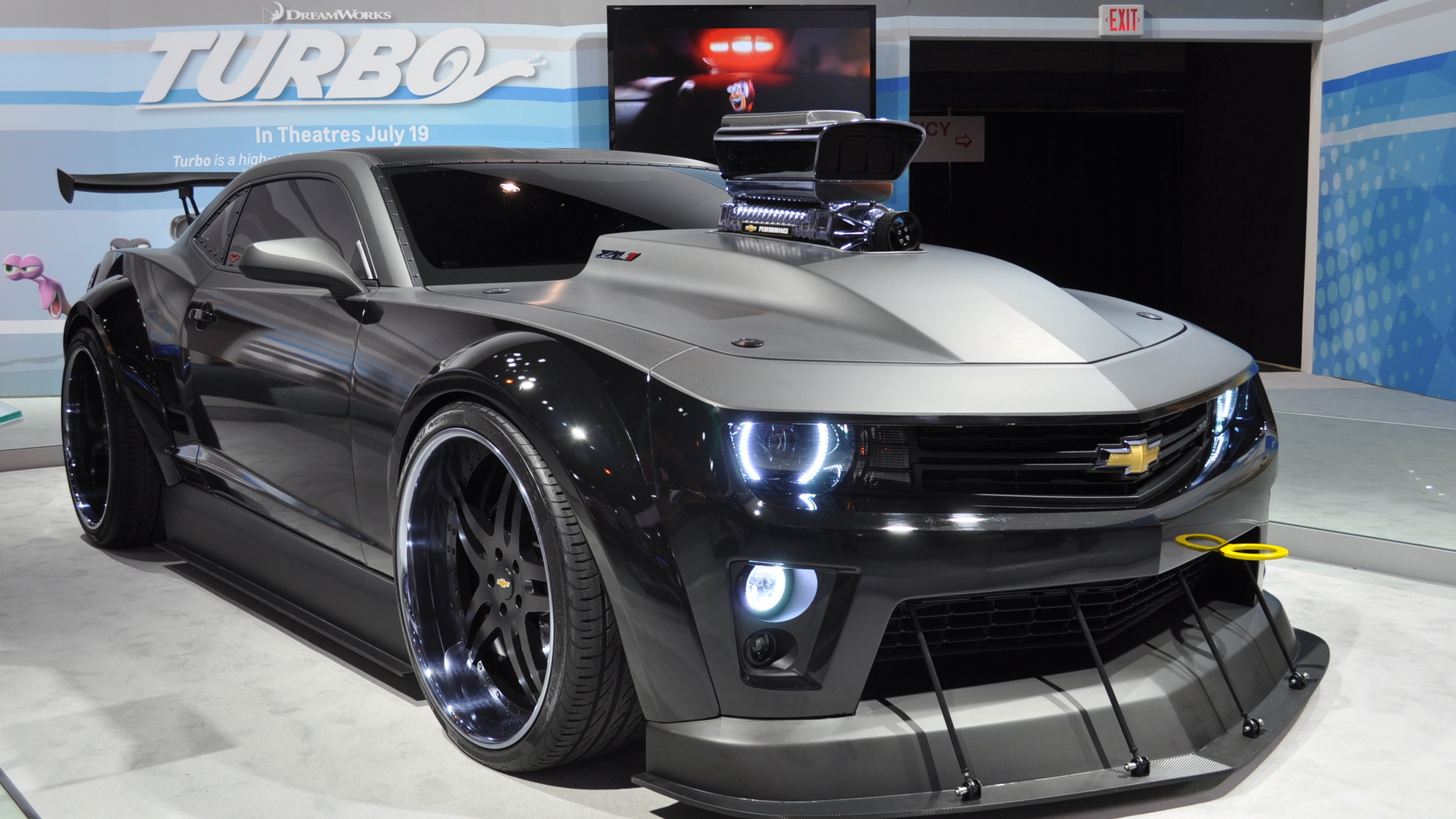 31
photos
One of the star surprises at this week’s 2013 Chicago Auto Show was this menacing concept car based on the Chevrolet Camaro ZL1 muscle car.

Though labeled the Turbo Camaro Coupe, the new concept doesn’t preview a new turbocharged Camaro from Chevrolet but instead celebrates the upcoming Turbo movie.

Despite its cool-sounding name, the new movie is about a snail--yes, a snail--obsessed with speed, and this Camaro is apparently instrumental in transforming him into some kind of racer.

You can check out the trailer below, and if you’re keen on the movie it opens nationwide on July 19, 2013.

As for the concept itself, it’s an impressive ride though we’re not sure how much you see here is actually functional.

Its makers claim the car’s supercharged 6.2-liter V-8 engine has been tuned to deliver more than 700 horsepower and is matched to an automatic transmission. The stock exhaust has also been replaced with a high-flow setup that features a pair of 5.0-inch diameter tailpipes on either side of the vehicle.

Other upgrades include a custom COPO hood, adjustable suspension at both ends and 24-inch wheels measuring 10 inches across at the front and 15 inches at the rear. To accommodate the massive rubber, the car required a custom wide-body kit. The car also features a custom front splitter and rear diffuser, plus a huge rear wing.

For more of our latest live photos, news, and video from the 2013 Chicago Auto Show, be sure to visit our dedicated show hub.