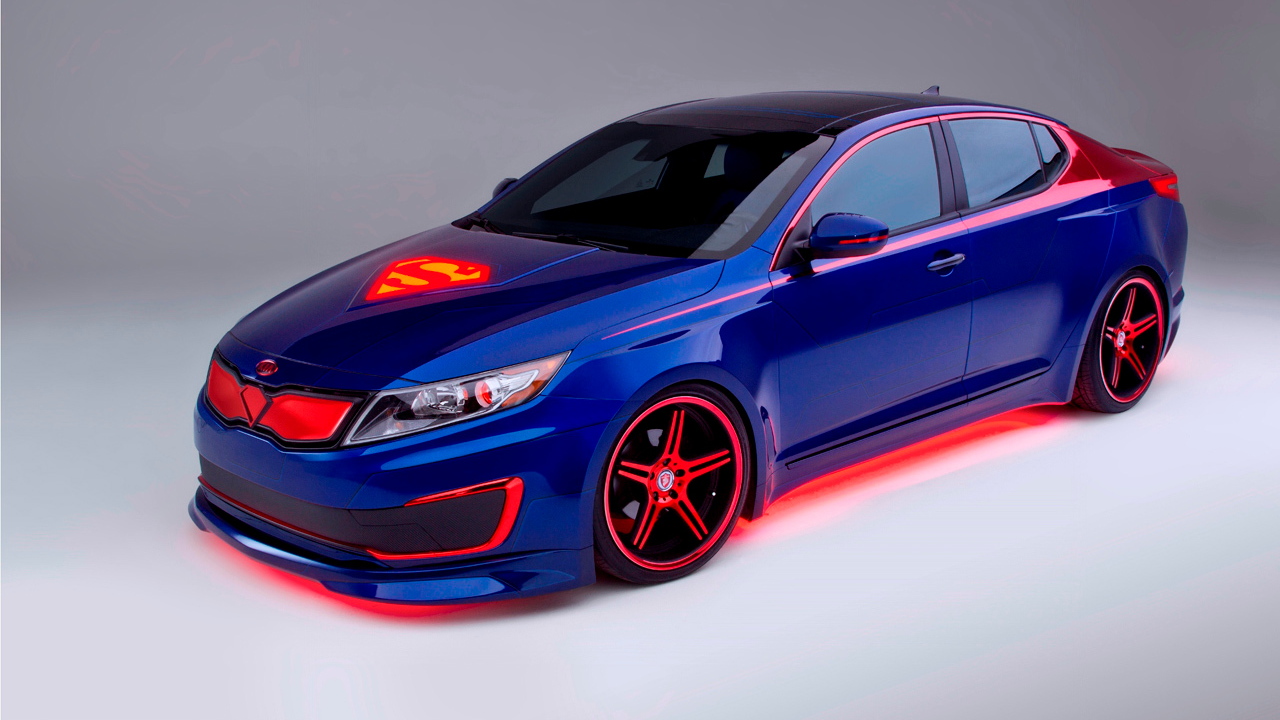 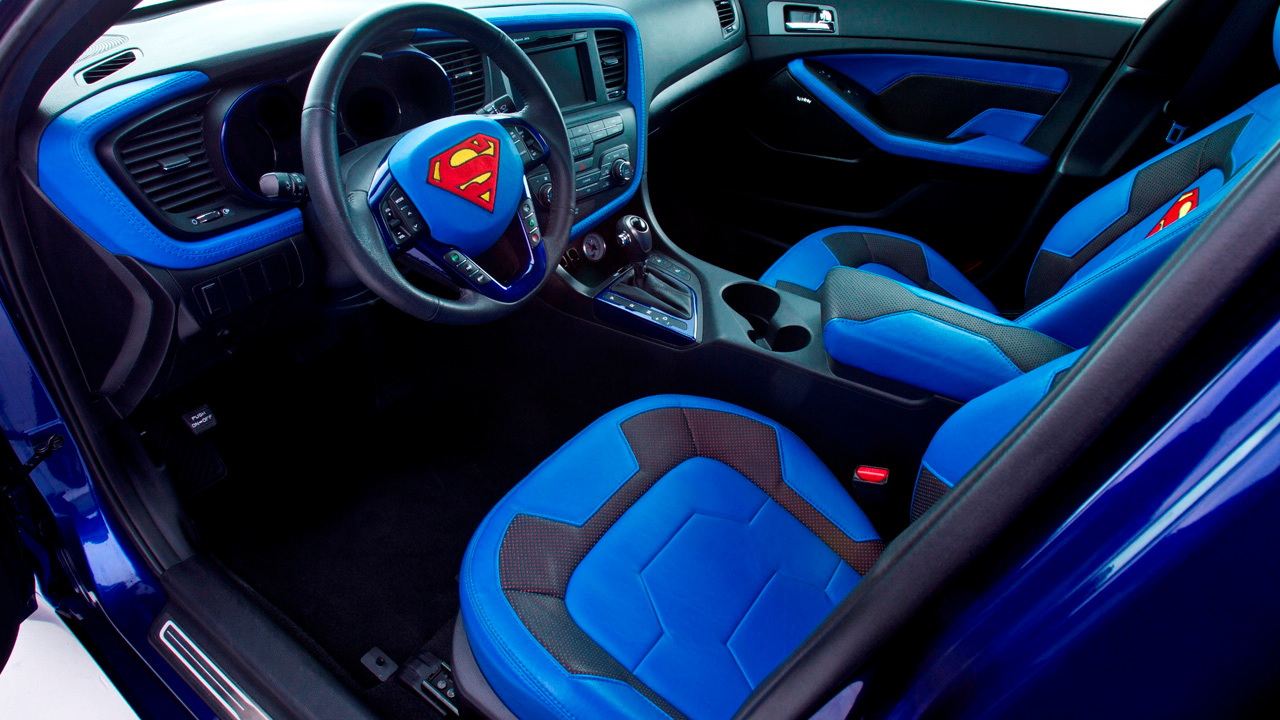 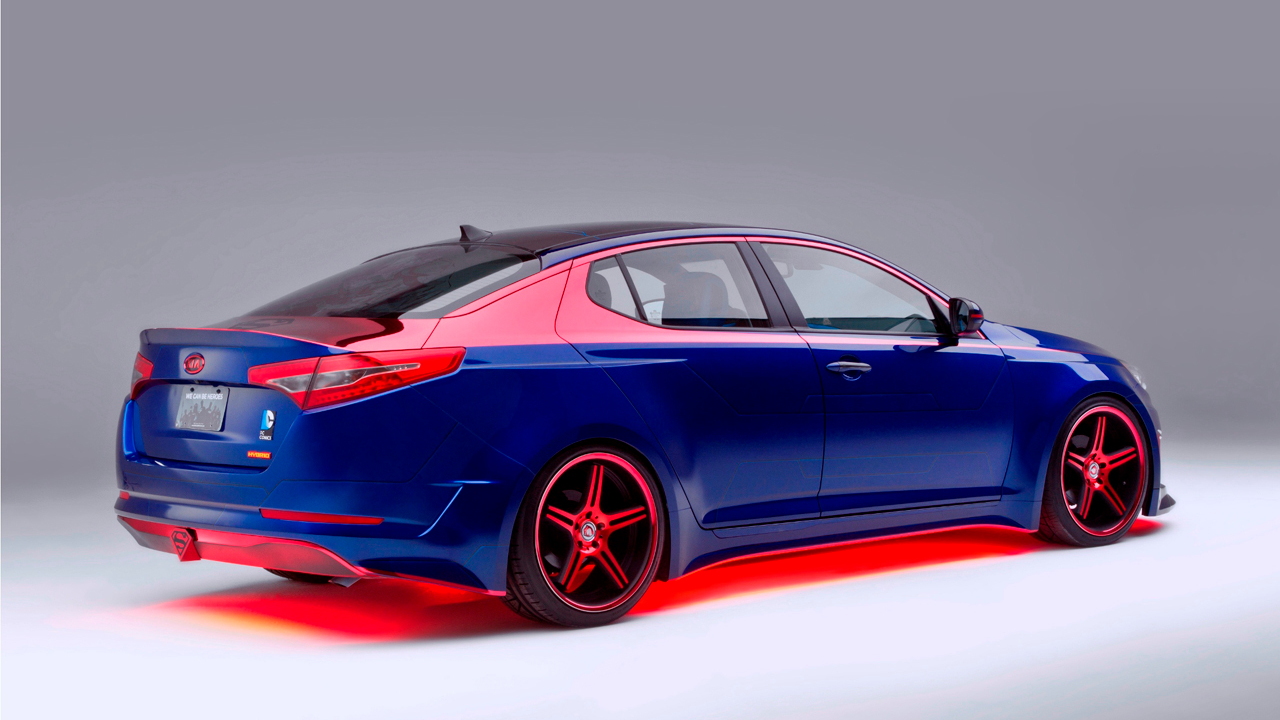 3
photos
Although Kia apparently missed the memo from 1996 that under-car neon lights are no longer cool, the overall effect of this Superman-inspired Kia Optima Hybrid is right on target--if that target is looking like it came straight from a comic book.

Of course, a comic book is where Superman originated, too, so that's anything but an insult. Taking the normally rather staid Optima Hybrid and making it this visually frenetic is an achievement.

So what makes up the Superman-inspired Optima Hybrid? Aside from the obvious color scheme, widened fenders and an adjustable suspension that raises and lowers at a button push. The hood is modeled after Superman's chest logo, and the grille is intended to resemble the Man of Steel's belt. Red headlights "glow with the same intensity of his heat vision."

The Superman-inspired Optima Hybrid is the latest in a 10-month, eight-vehicle partnership between Kia and DC Entertainment. Other Justice League characters that have had Kia special editions include Batman, Wonder Woman, Green Lantern, The Flash, Aquaman, and Cyborg. One more vehicle will complete the series, tying all seven characters together.

The Justice League vehicles are intended to raise awareness of DC's "We Can Be Heroes" charity campaign, which seeks to bring aid to those suffering from drought and famine in the Horn of Africa.