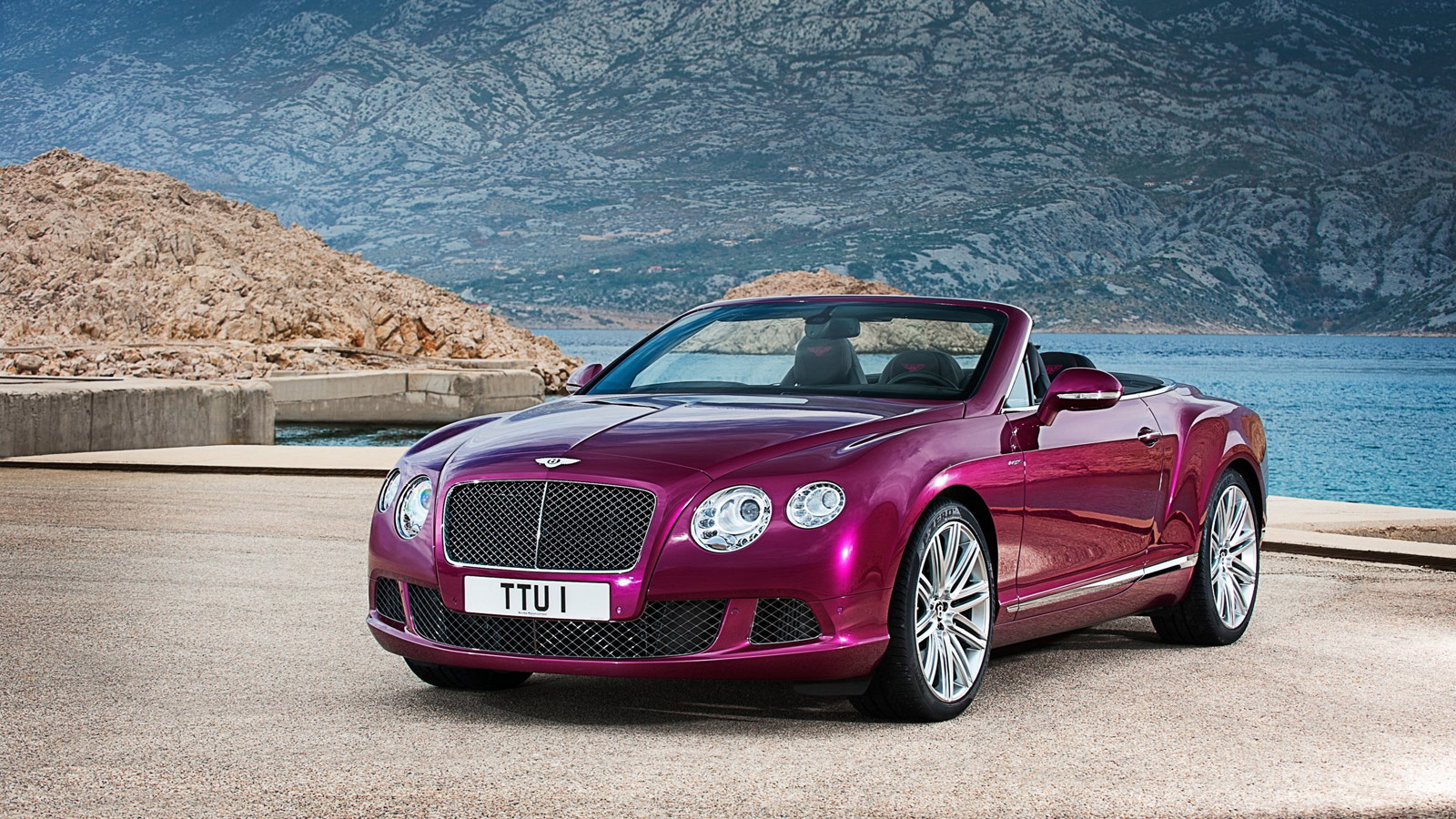 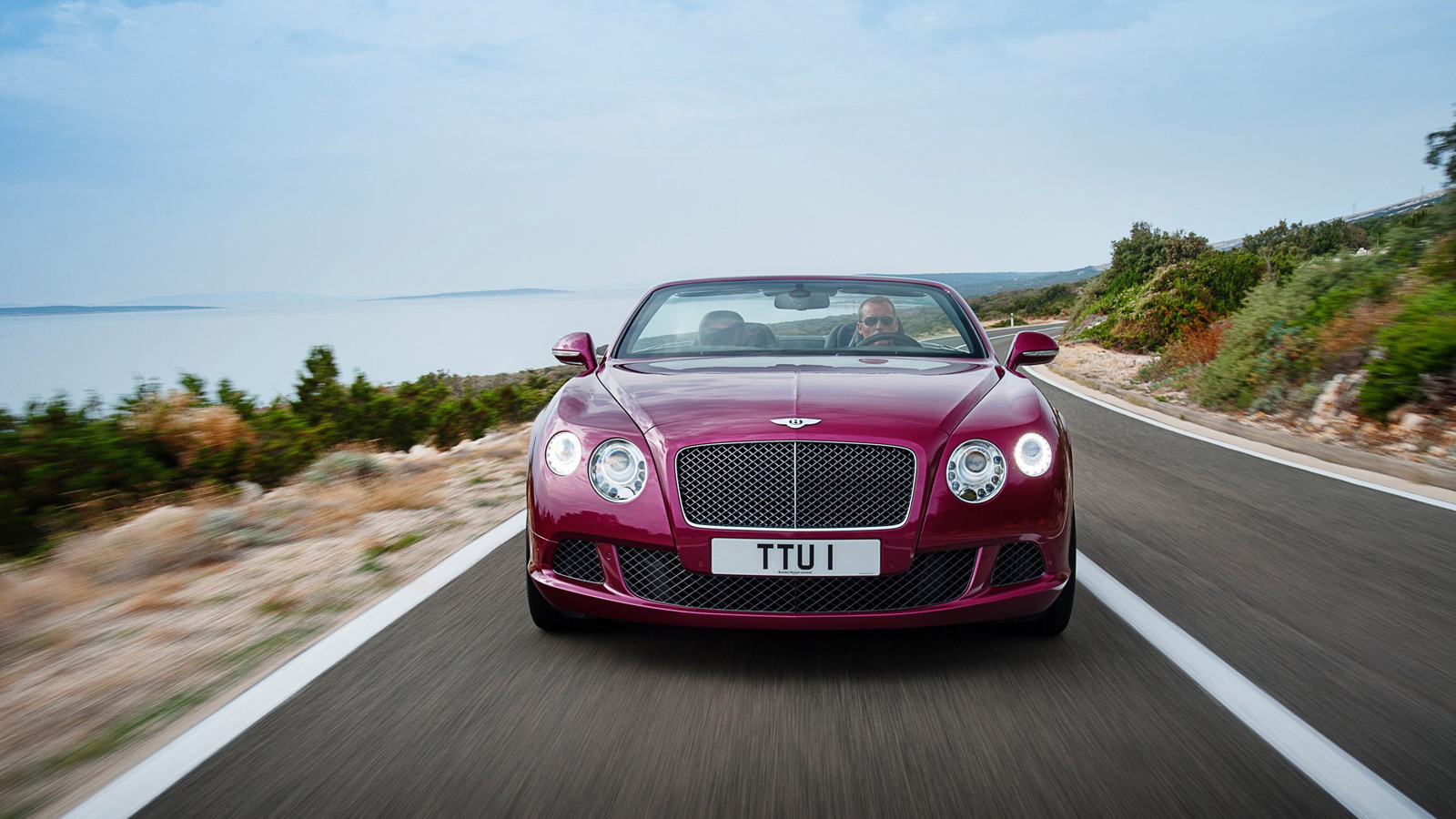 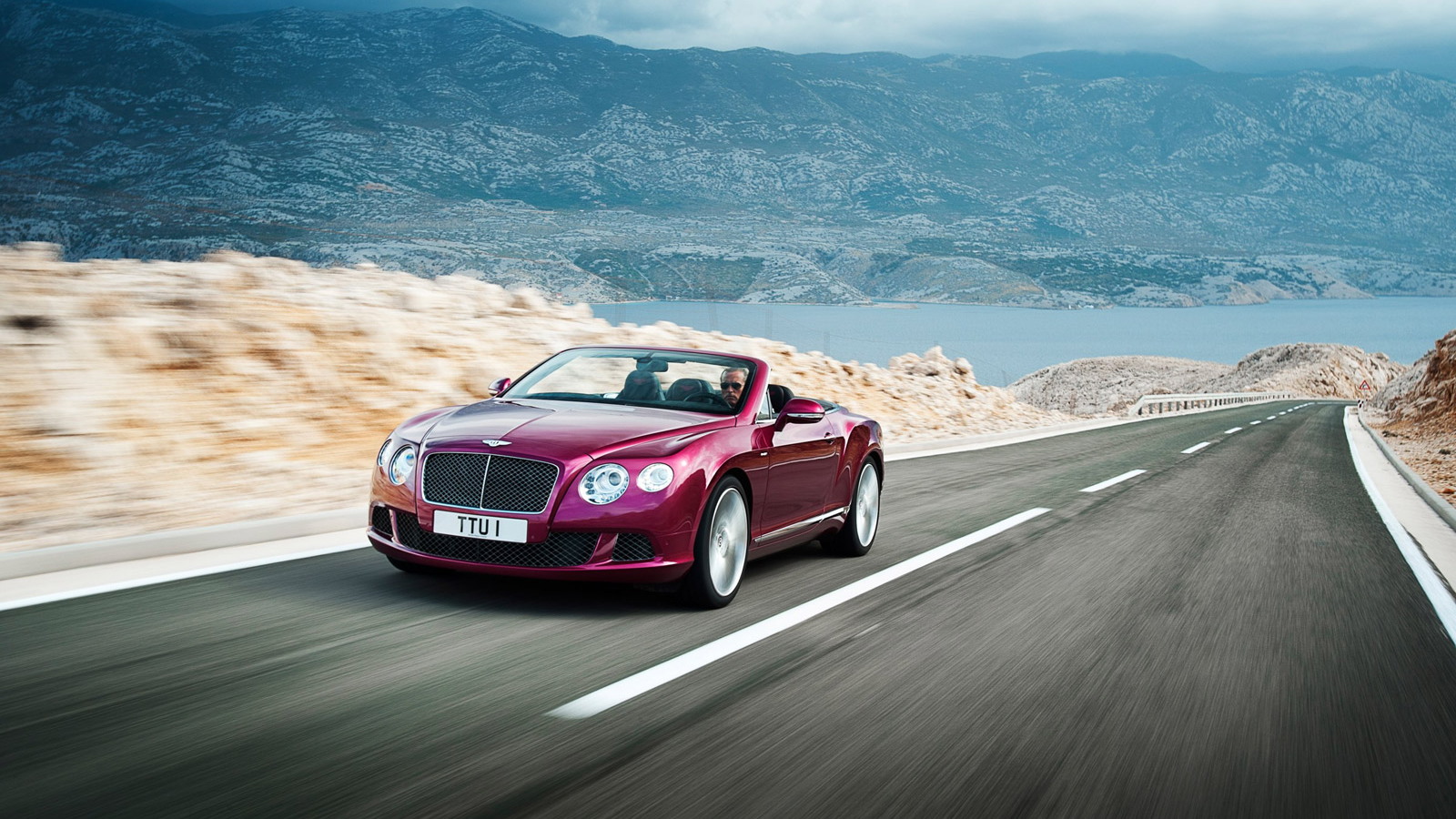 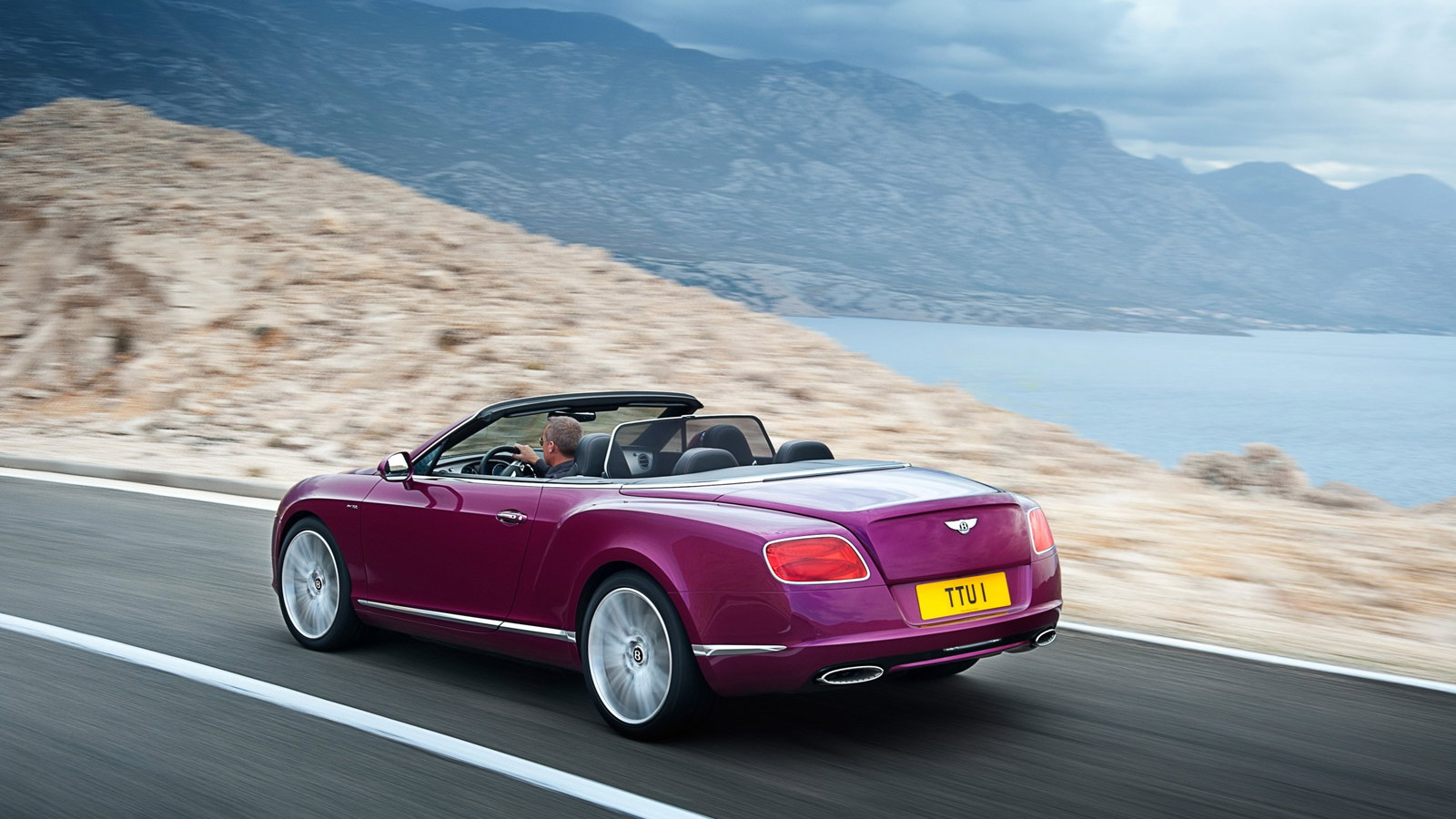 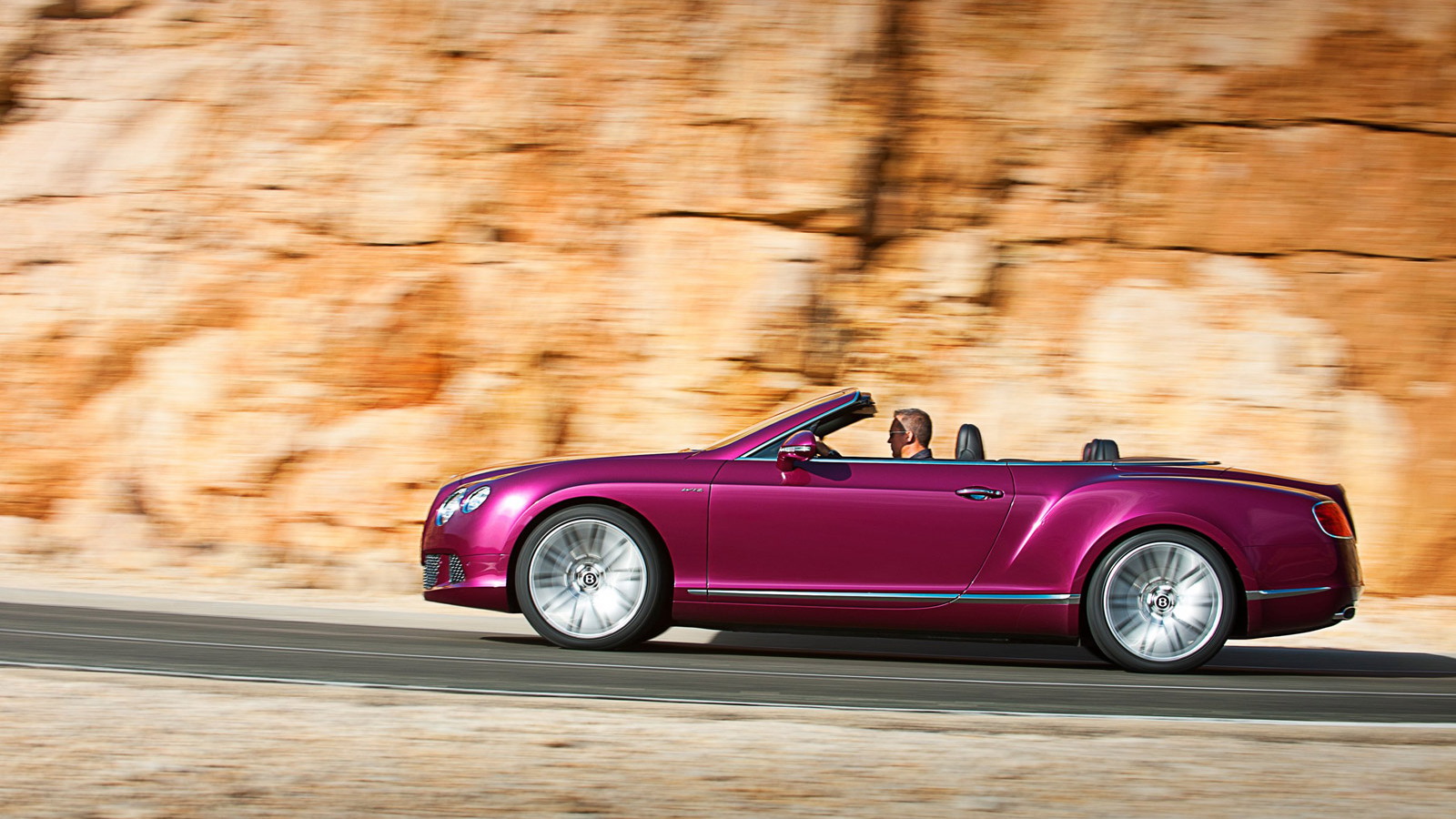 43
photos
Despite the world's economic troubles--or perhaps, because of them, according to some economic theories--Bentley and its very wealthy clients are doing better than ever. A new Continental GT Speed Convertible was just launched in Detroit, and the brand's first SUV is nearing final approval. There's even a new racing program starting up this year.

So what does the near future hold for the brand? We sat down with Bentley's president and COO, Christophe Georges, to find out.

The EXP 9 F concept SUV shown at last year's Geneva Motor Show was met with widespread derision over some of its aesthetic choices, though we found the overall shape, and certainly the interior, to be right on the mark.

Bentley has recognized the concept's controversial nature, but says that's what a concept is supposed to do--drum up discussion to help gauge interest in the idea, not necessarily the design. As Georges put it, "It was the first time in our history that we showed a concept, because we are entering into a new market segment. It was important for us to gauge the interest."

Bentley's largest market is currently the United States (though China is growing quickly), and it expects the SUV to sell well in America. "The SUV would predominantly satisfy American consumers, and Chinese consumers as well," said Georges. "Russia and Europe would do well too, but it is not the same scale ... America is clearly a great market for SUVs, in all categories."

But will the SUV steal buyers away from Bentley's other models? Perhaps, but Georges also sees the SUV as an additive element, as well as capable of reaching into new markets currently untapped by the brand's sedans, coupes, and convertibles.

"Most of our customers have an SUV, and are asking us to make one because they cannot move up from what they have. So it would be quite natural for us," said Georges. He continued, "Our customers traditionally have several luxury cars in their portfolio. They could happily replace their SUV with a Bentley. They might not be able to buy the SUV at the same time they but a Continental, but it will definitely open a new market segment, with a lot of interest not only from our customer base, but from new customers as well, therefore volume will grow."

There won't, however, be another concept to further gauge potential customer reactions. "Today we are currently working on the business case. There is no plan for another concept to be shown. We have done our studies, we have to have final confirmation, and once we receive that, we are going to move on our final car," said Georges.

As for pricing on the Bentley SUV, it's still too early to put a number on it, but Georges says, "It will be consistent with our existing range. The SUV will be a Bentley interpretation of what an SUV should be."

The Next Flying Spur

A revised Flying Spur has been captured in testing by our spy photographers on several occasions, as well as on video. While a time frame for its arrival is still murky, it's expected to benefit from a number of upgrades recently made elsewhere in the Bentley range, including the addition of a V-8 engine option.

Georges, however, said the Flying Spur is not currently a priority. "It's too early to speak about it. We are launching this car [the Continental GT Speed Convertible], we have shown our SUV concept, we have shown our GT3. We have to digest all of that, and later on we will speak of things, but it is too early."

The implication was that the Flying Spur refresh won't be on the table before 2014.

The idea of a smaller, even sportier Bentley is intriguing. As Jaguar and Aston Martin encroach on space that could be seen as nearing Bentley with ever-more-luxurious high-performance grand tourers, might there be a place for Bentley to move slightly down-market, or to at least offer a smaller car, to compete with these cars, and potentially grow volume even further?

No, says Georges. "To go smaller, no, this is not part of our plans. I think we have established our position quite well in the market. We do not have any intention to go below [our current model range]. We can have a horizontal move within the segment, but we don't need to go below vertically."

The Bentley Continental GT3 race car has been a fixture at Bentley's auto show displays since its debut at the 2012 Paris Auto Show. There have even been rumors of a production version. Georges didn't speak to that rumor, but he did outline the progress of the racing program so far.

As we already know, the brand will begin testing of the car later this year, with a full-scale customer race program and works-supported team for the 2014 season. But how strong is interest in the Continental GT3 race car?

"Interest in the car is picking up," said Georges. "A lot of teams are contacting us. If you think about the sponsors, associating your name with a Bentley in GT3 is very interesting."