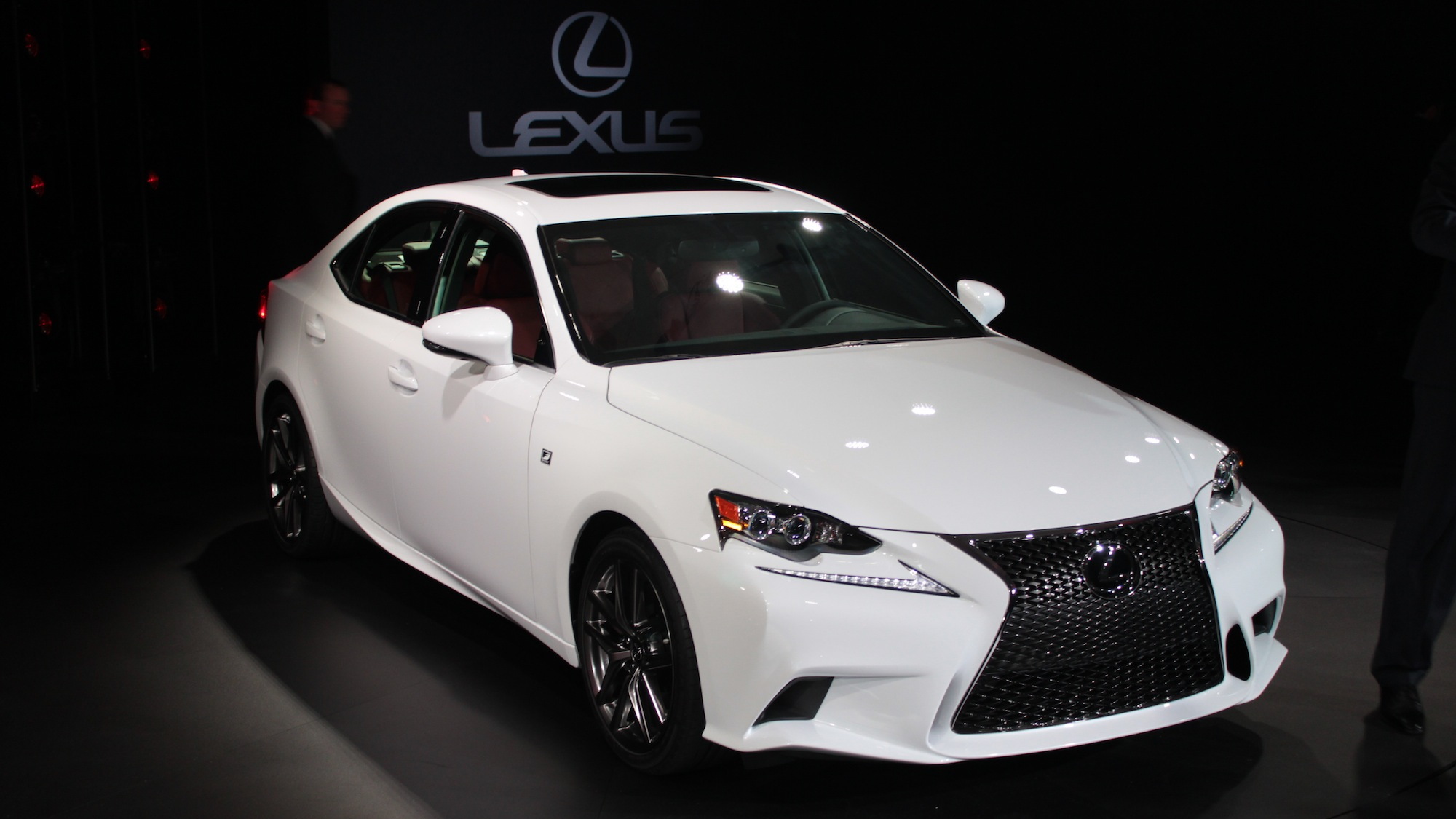 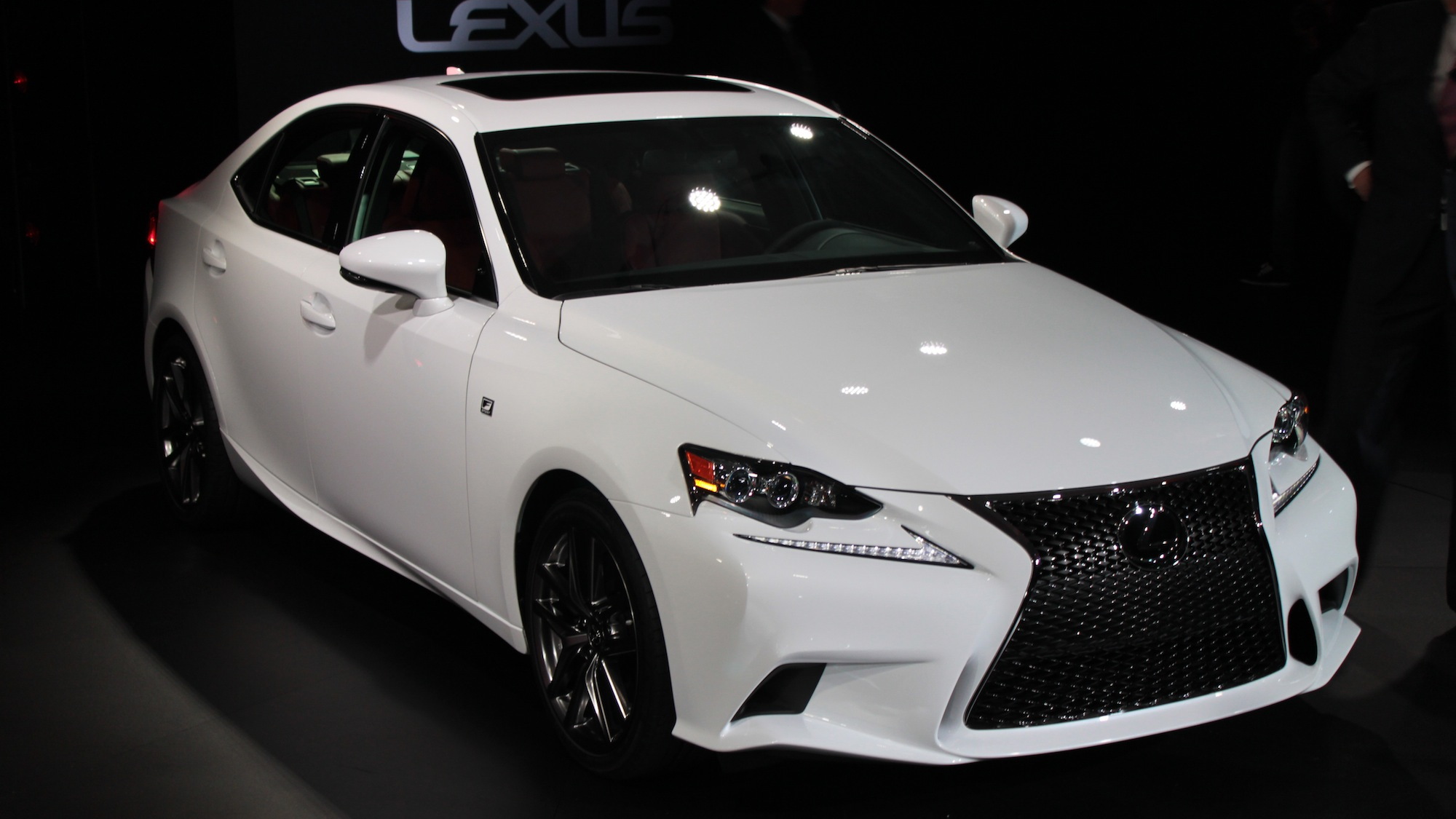 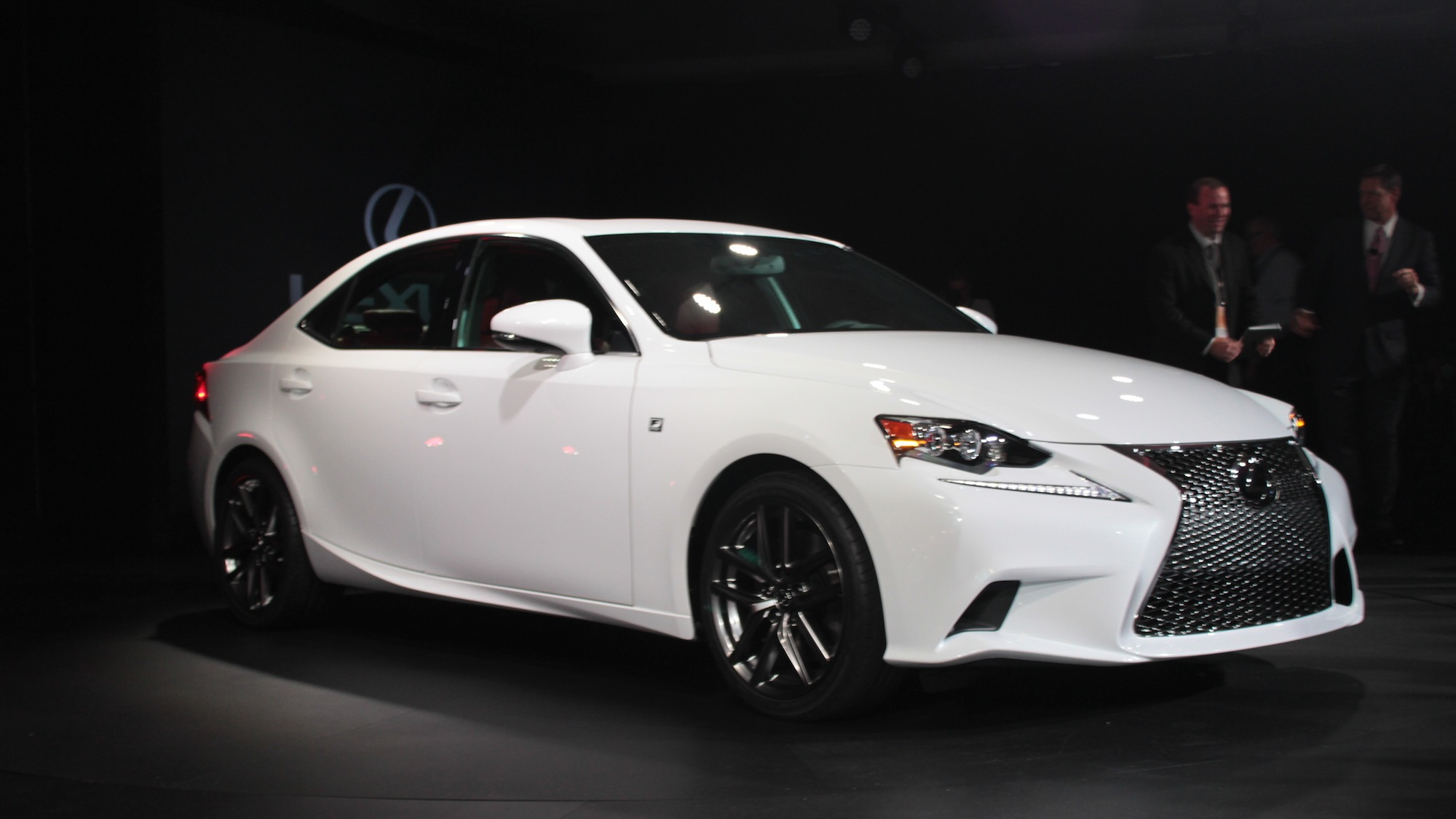 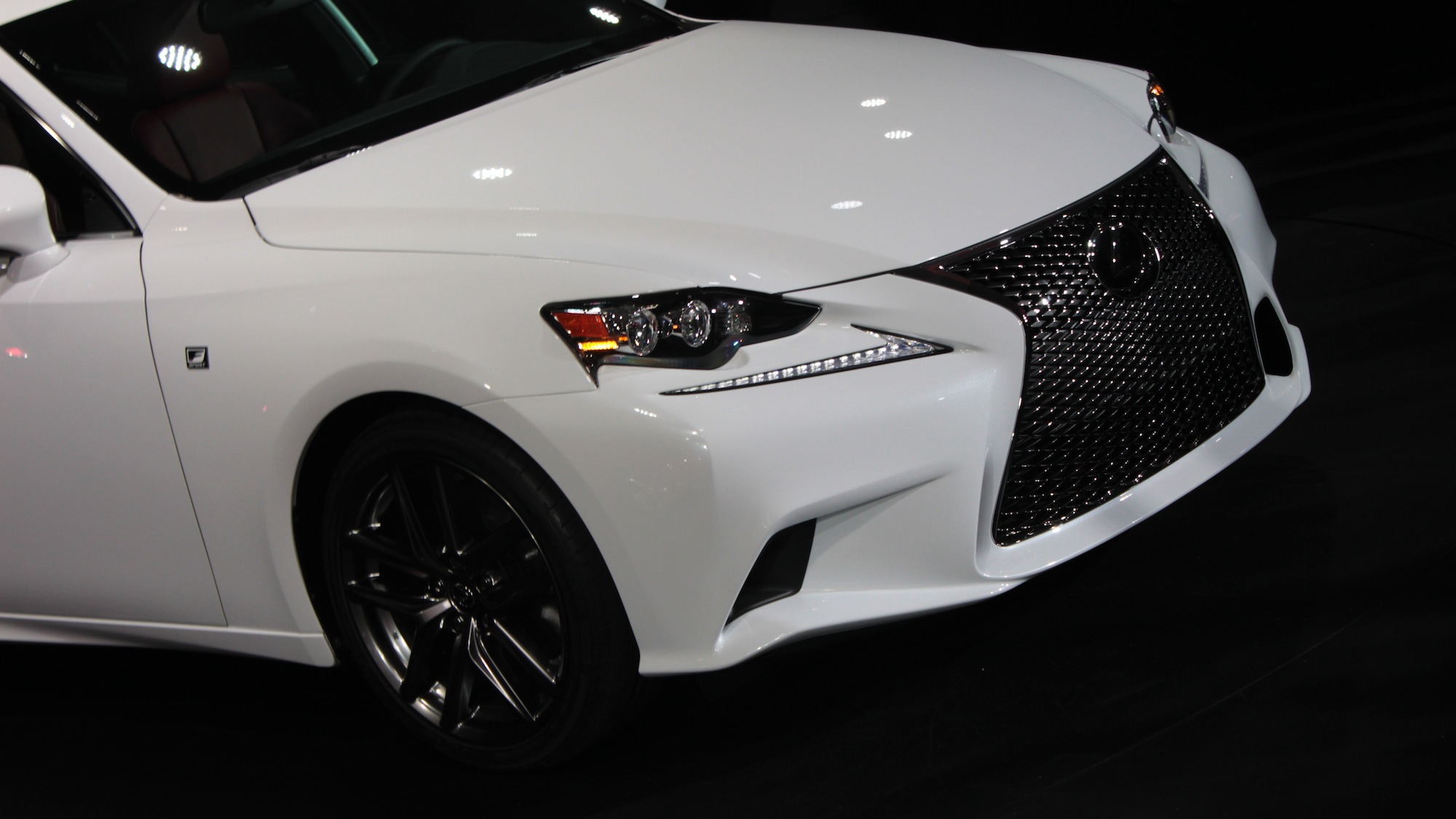 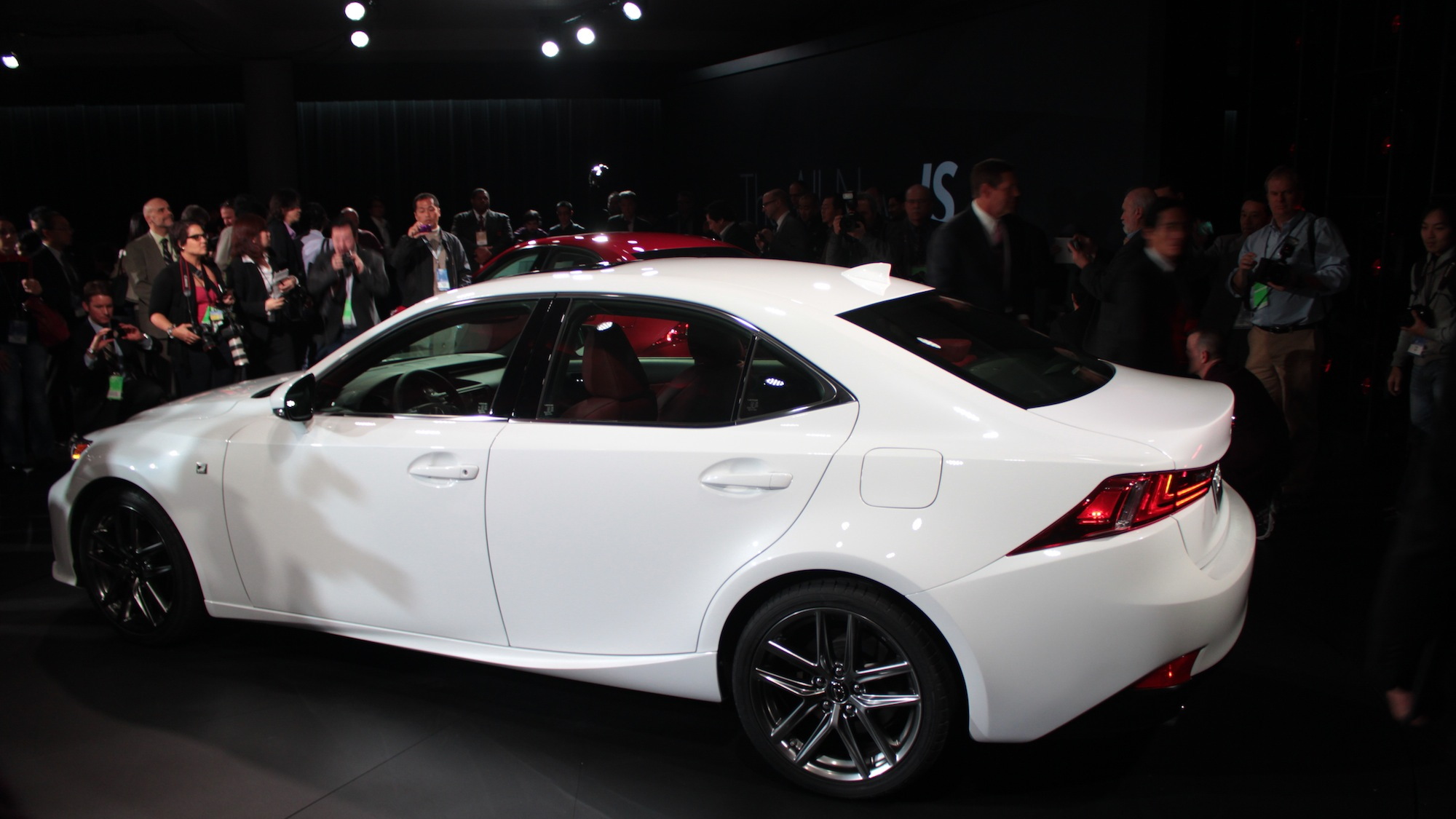 21
photos
With Lexus having already released images of its new 2014 IS range, and international media having already driven it, there’s not much else to reveal now that the car’s official public debut at the 2013 Detroit Auto Show has taken place.

We can confirm that the latest IS will once again be offered in IS 250 and IS 350 trims in the U.S., while international markets will also receive a new IS 300h hybrid model.

The IS 250 and IS 350 will be offered with rear-wheel drive as standard, though customers will be able to opt for all-wheel drive should they desire.

The gearbox is an eight-speed automatic with paddle shifters and an available “G force Artificial Intelligence” system. This is only offered on the IS 350 and is used to automatically select the optimal gear and downshift pattern in response to G force measurements to help maintain selected gears through corners.

Both cars are also available with Lexus’ F Sport kit, which doesn’t offer any power upgrades but does add sporty enhancements to the suspension and electronic power steering system. F Sport models also get some visual upgrades such as a bolder grille, aero aids on the bumpers, unique 18-inch alloys, a sports steering wheel, aluminum pedals and scuff plates, and a custom instrument cluster.

With the design of the new 2014 IS range, engineers were tasked with enhancing the sportiness of the IS range. This led to a renewed focus on the performance, handling and feedback of the car.

The look of the car was also enhanced to express the new sporty nature. Up front is the boldest interpretation of Lexus’ spindle grille we’ve seen yet, while the sunken headlights (with separate L-shaped daytime running lights), sharp lines and flared wheel arches all hint at the improved dynamics.

Underneath the skin is a new platform. Compared to the one in the old IS, the new platform is much more rigid. The wheelbase is also about three inches longer, resulting in more legroom up back in increased space in the trunk. The rear seats have a 60:40 split-folding rear seats make carrying large items easier.

The suspension features double wishbones up front while a multi-link setup borrowed from the GS is used in the rear. According to Lexus, the new IS is grippier and more responsive to steering inputs.

Inside, the look has been inspired directly by the Lexus LFA supercar. The dashboard is more driver-focused and the steering wheel and seats resemble the units in the LFA.

A drive mode select system allows you to enhance a number of vehicle attributes such as gear-shift speeds and throttle response. The modes are ECO, NORMAL, SPORT and SPORT S+ (S+ available on IS 350 only).

In terms of safety there are 10 airbags as standard as well as lane departure, blind spot and cross traffic warning systems.

More details, including pricing, availability and fuel economy, should be announced closer to the car’s retail launch in mid-2013. In the meantime, head over to our Detroit Auto Show hub to see what else is debuting at the show.