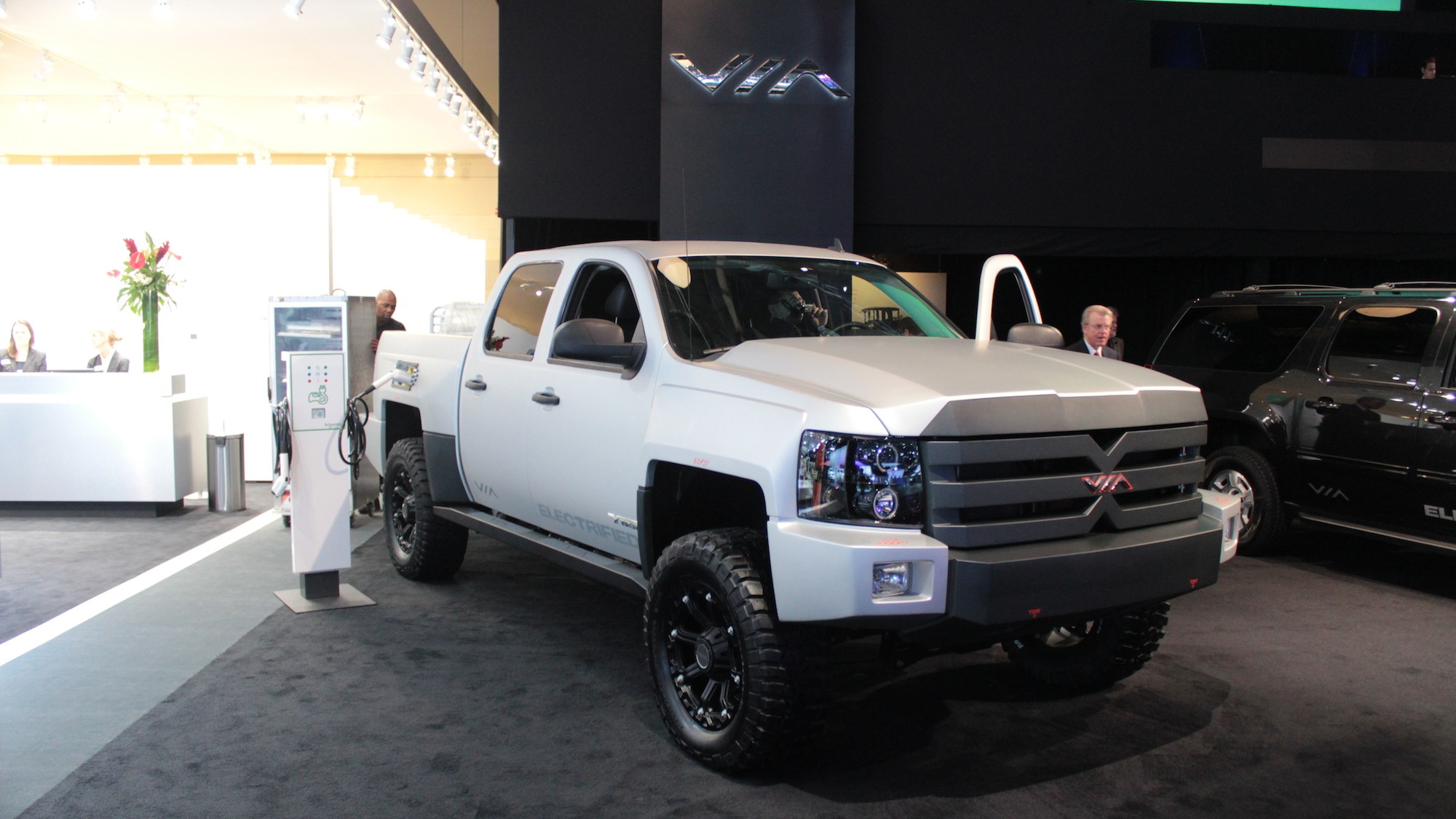 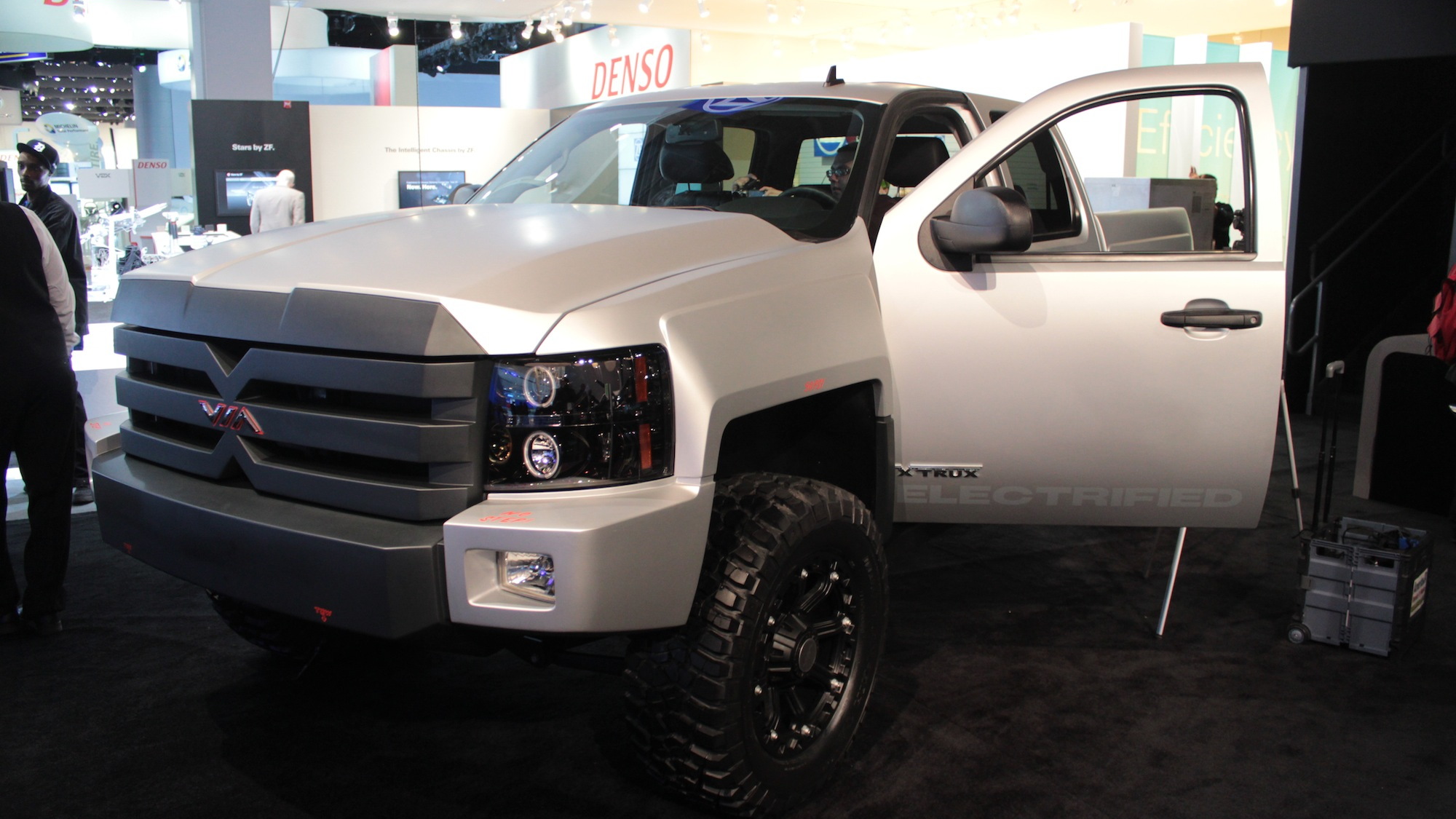 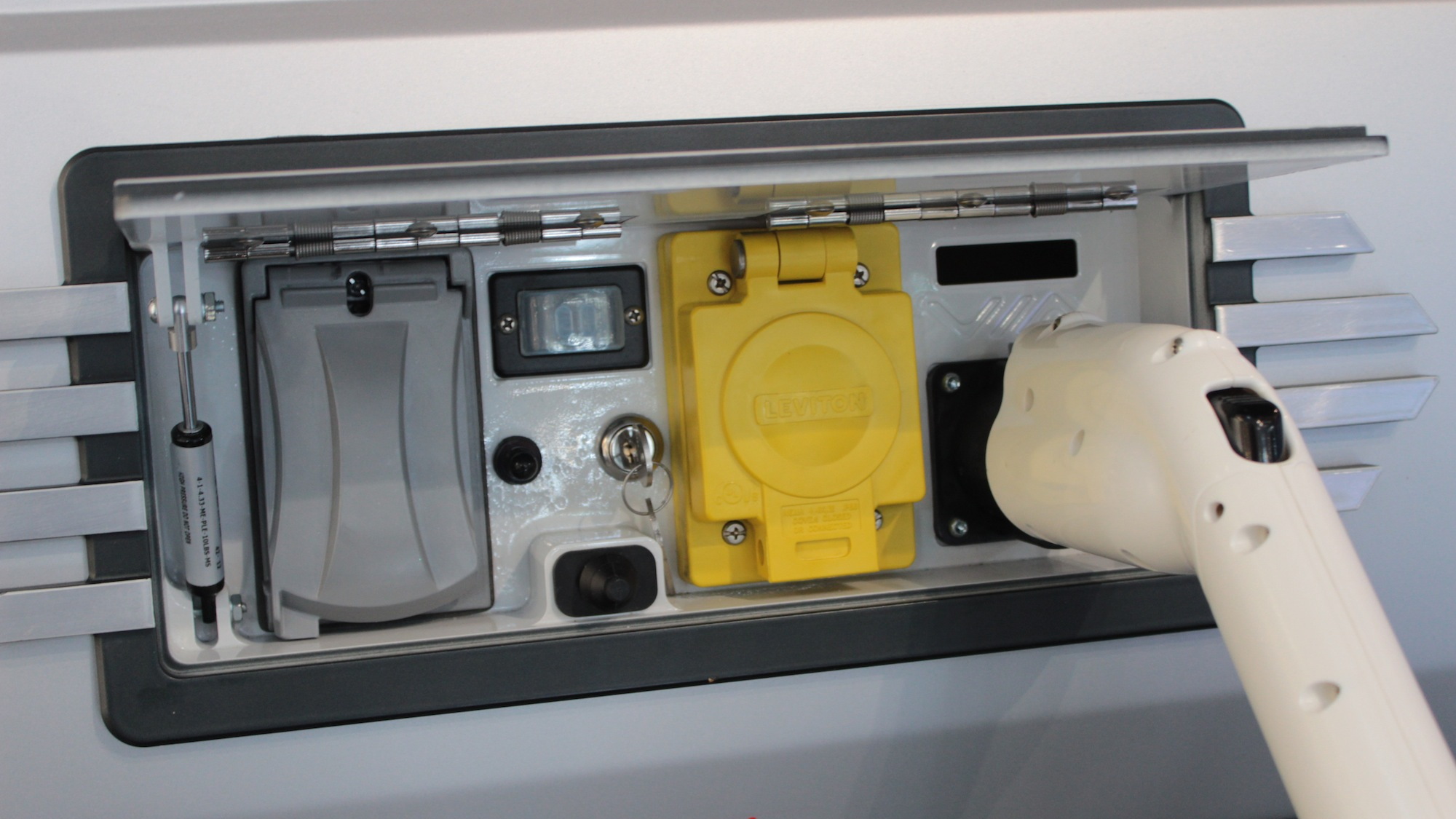 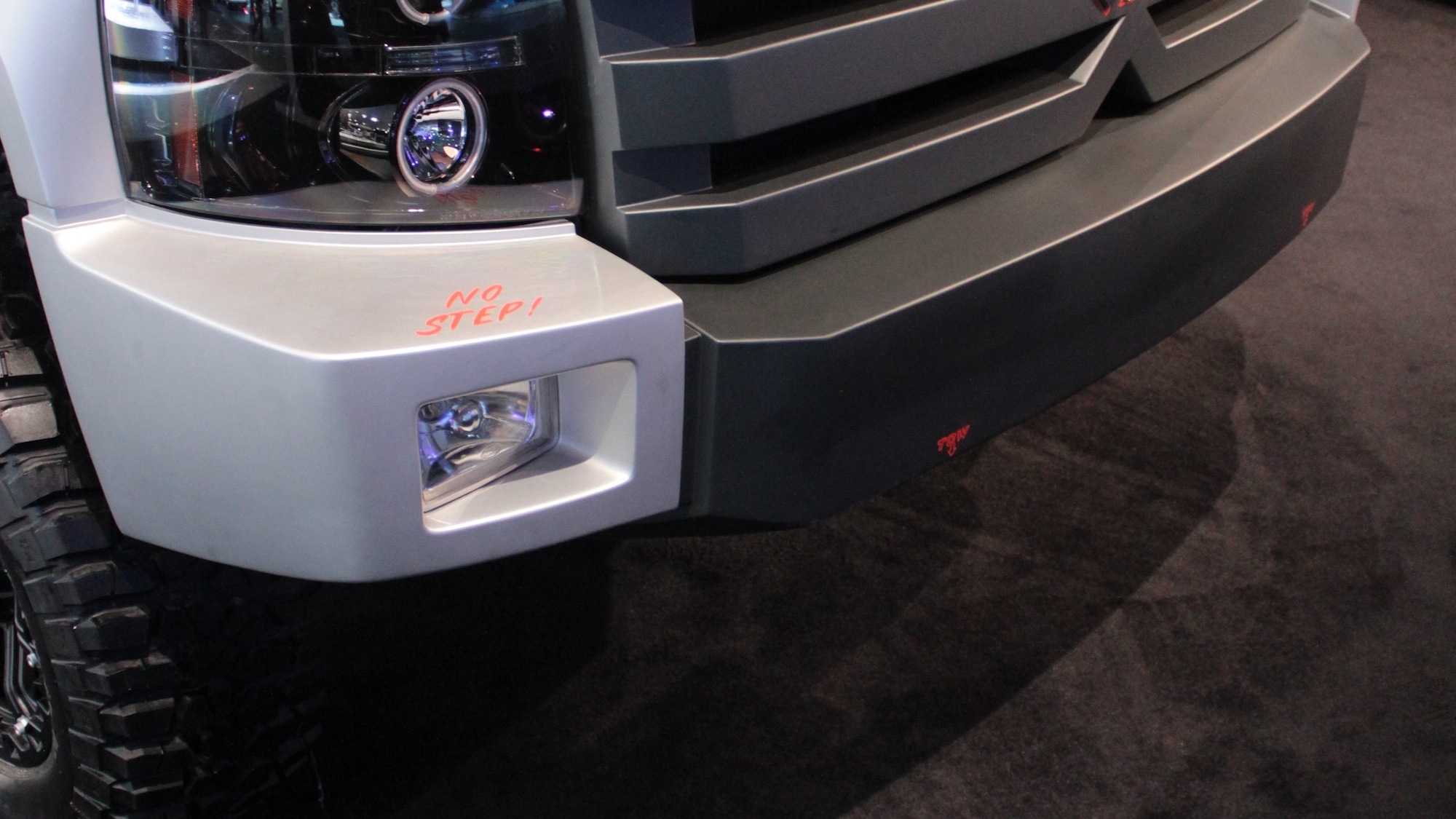 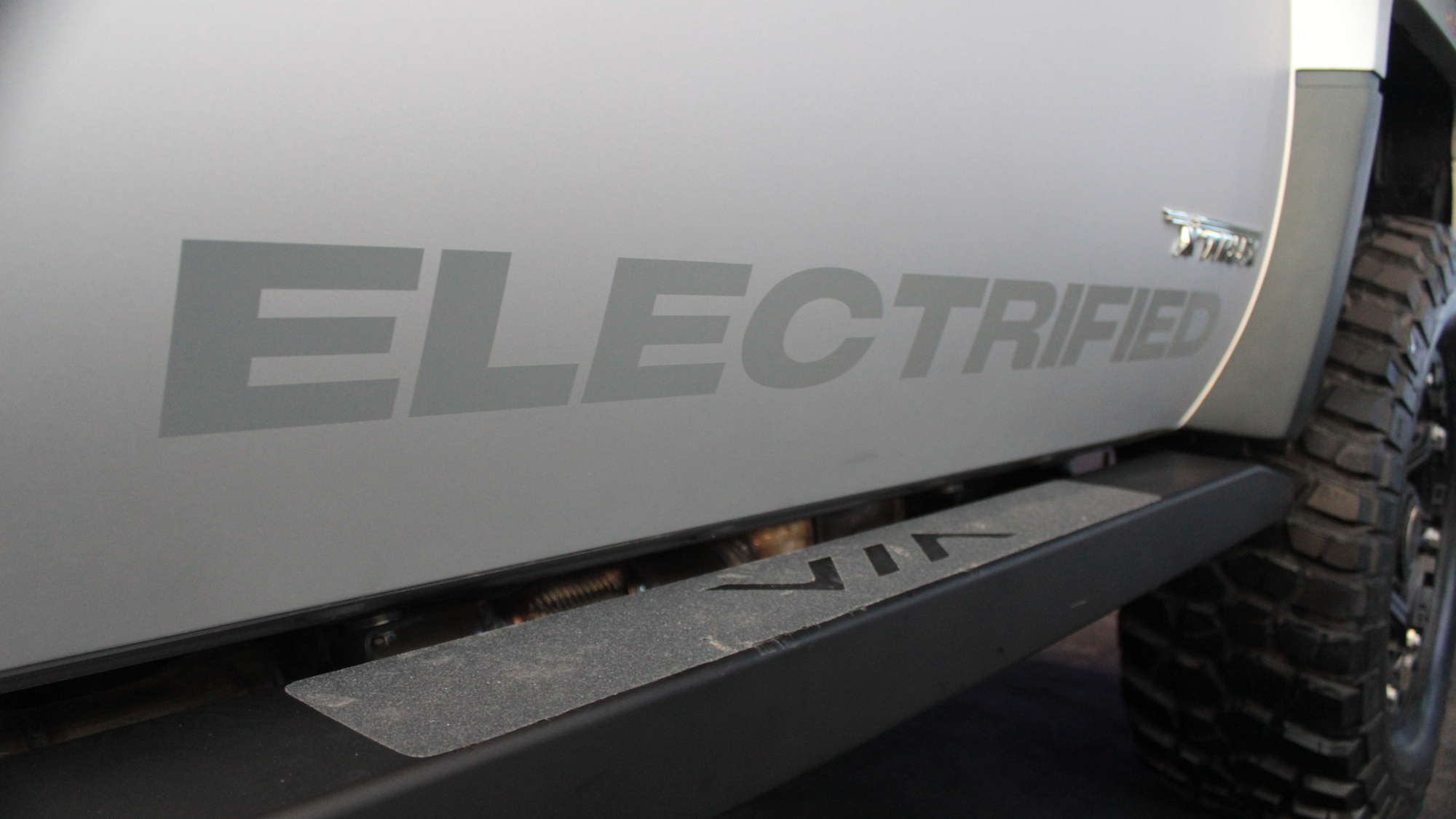 10
photos
When it comes to range-extended electric vehicles, the concept of delivering fuel economy up to 100 miles per gallon equivalent isn’t all that foreign; after all, the 2013 Chevrolet Volt delivers 98 MPGe.

What the Volt and other range-extended electric vehicles fail to deliver is 800-plus horsepower and a full-size pickup truck body. Enter the Via Motors XTRUX, conceived by Via Motors under the guidance (and marketing prowess) of its chairman, industry veteran Bob Lutz.

Expect a battery-only range of 35 miles, comparable to the Chevy Volt (and condition dependent). When the batteries drop to 20-percent charge remaining, the generator kicks in to recharge the pack, but cuts out again at 25-percent to maximize fuel efficiency.

Why choose a V-8 engine over a smaller V-6? As Autoblog Green points out, the V-8 is actually more fuel efficient, since the V-6 would need to run harder (presumable at higher rpm) to power the generator.

Like the Volt, the transition from battery to generator power is seamless and largely unnoticeable by occupants. The XTRUX uses a built-in iPad to communicate the batteries’ charge, but it can also be used by Via to troubleshoot XTRUX problems in the field.

While no official EPA fuel economy estimates are available, Via claims its vehicles can achieve over 100 MPGe in typical daily driving, though we’re not sure if that applies to the dual-motor XTRUX as well.

Even if the 800-horsepower plug-in hybrid gets just half that fuel economy, the numbers are still impressive. Who wouldn’t want a truck that could move a small island while still delivering fuel economy comparable to a Toyota Prius?

There’s no word yet on when (or if) the XTRUX or its SUV equivalent, the Presidential,  will come to market, or at what price.

Want more news from the 2013 Detroit Auto Show? You’ll find it on our dedicated show page.