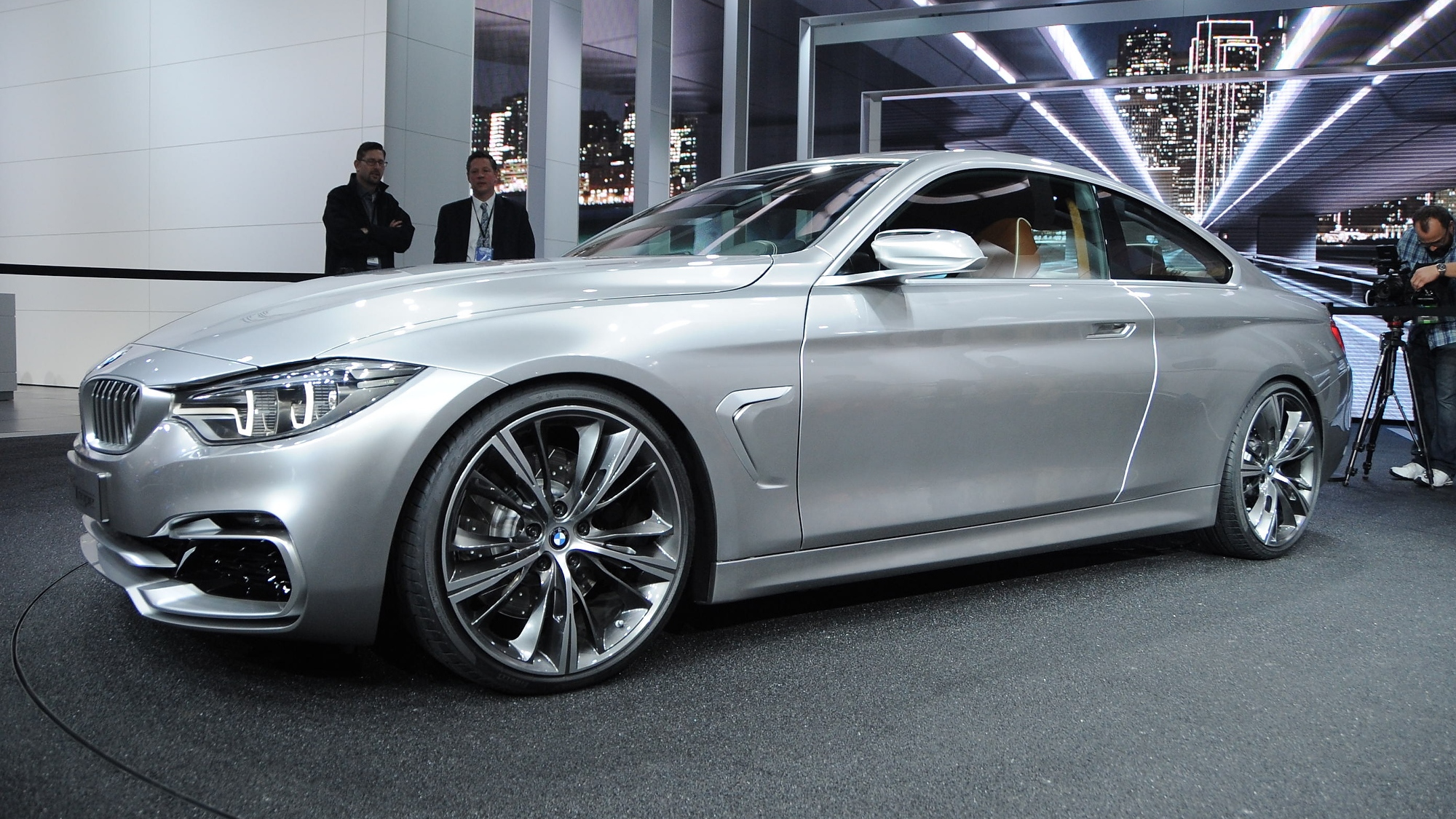 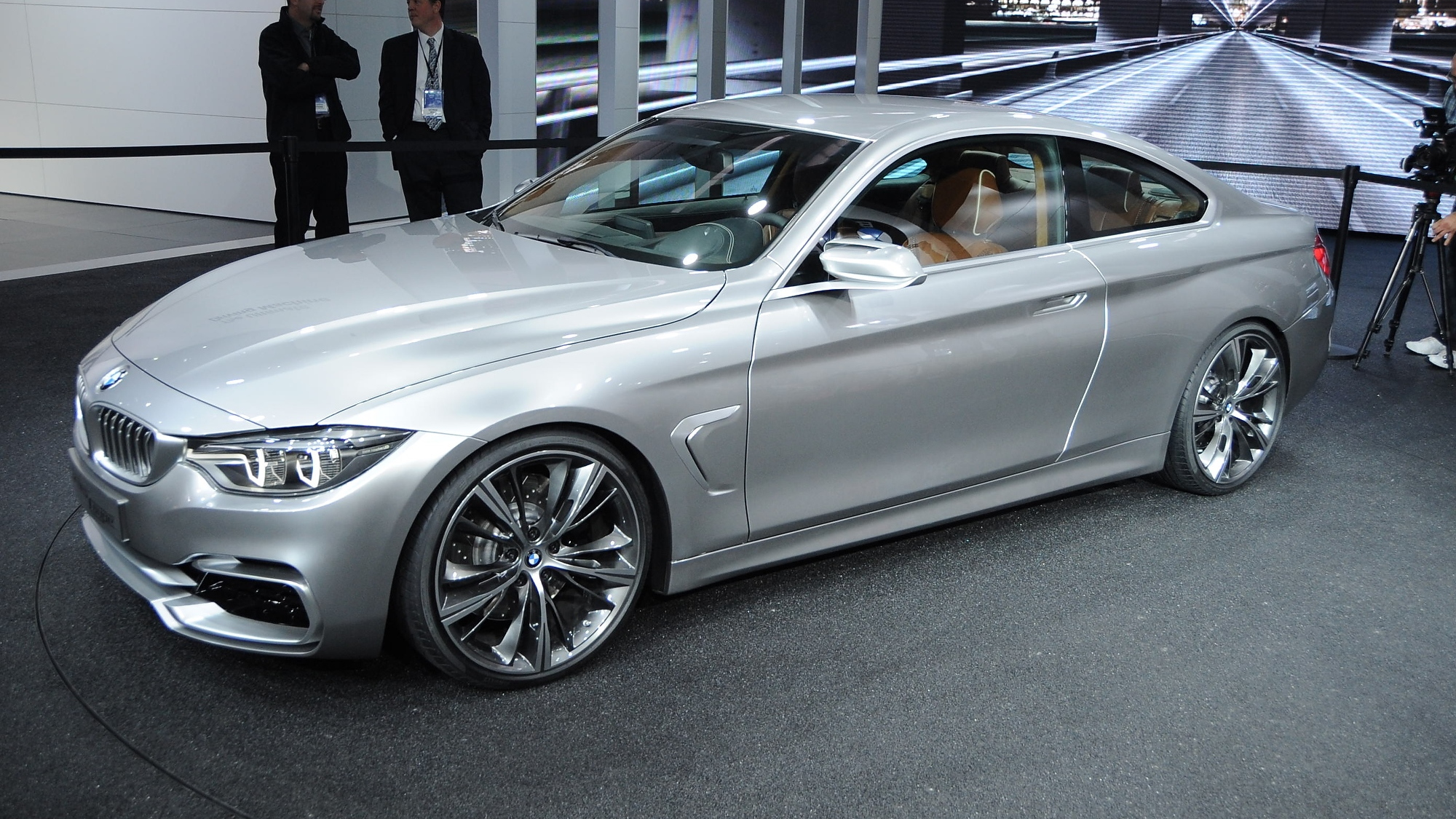 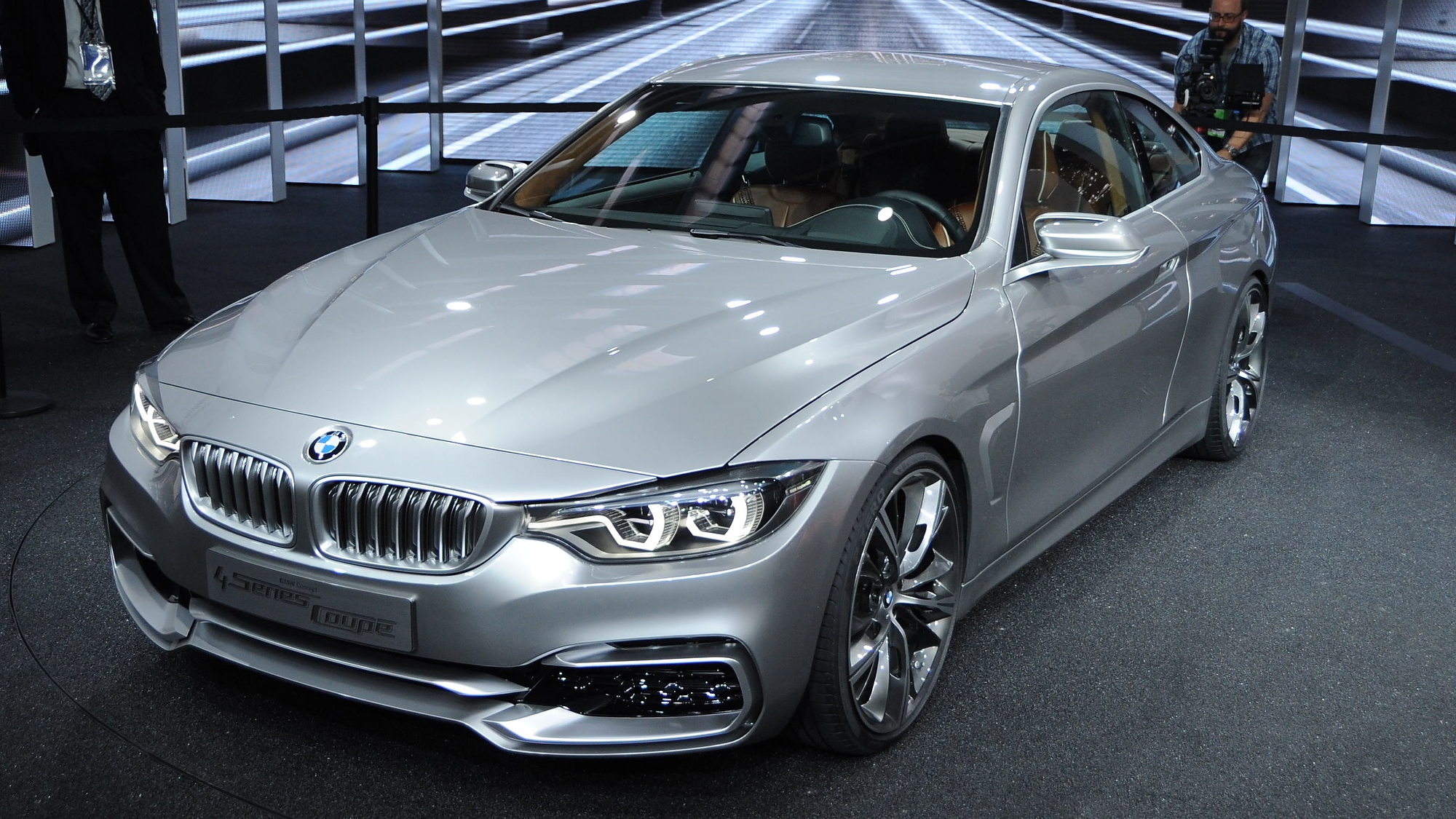 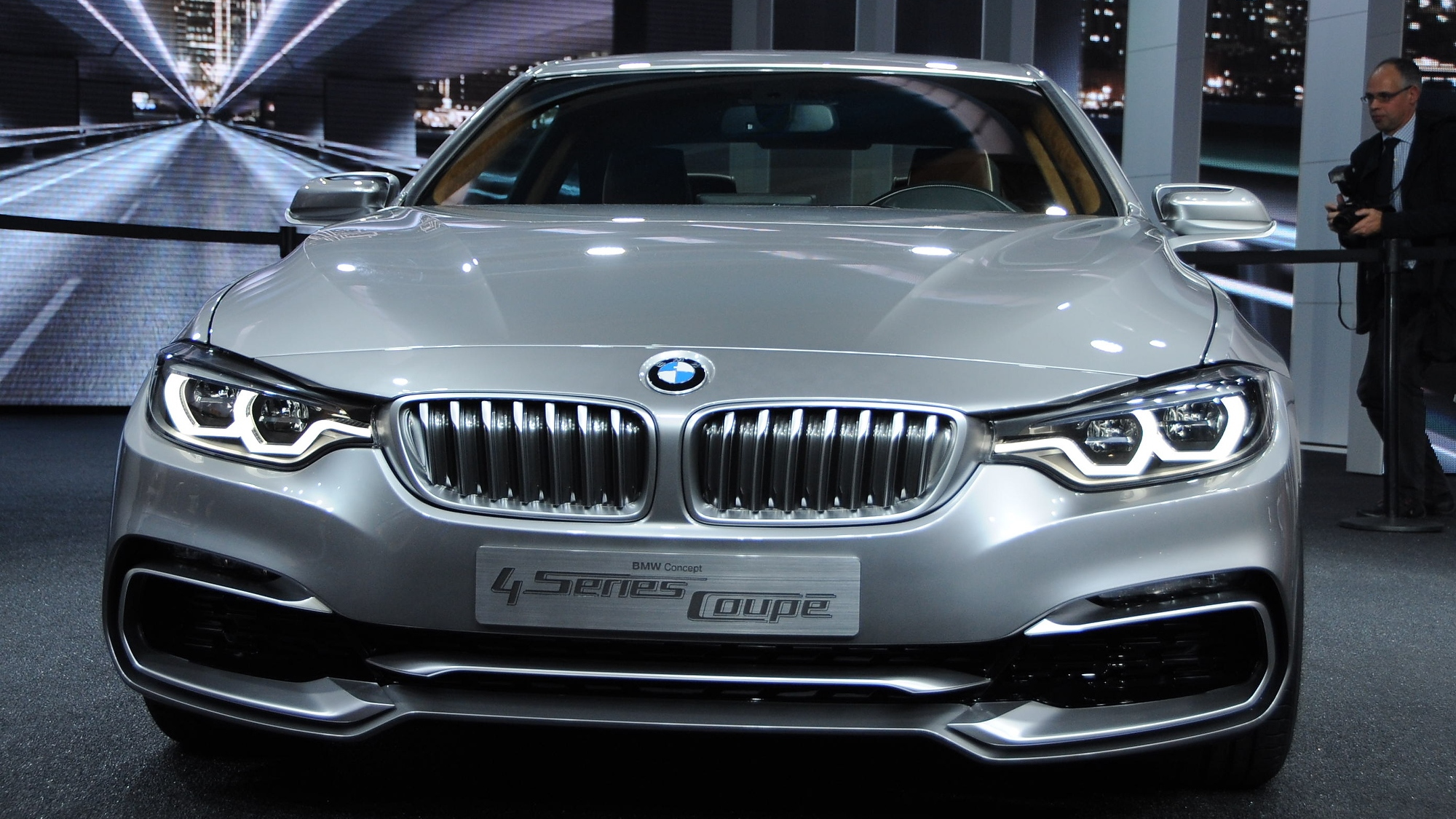 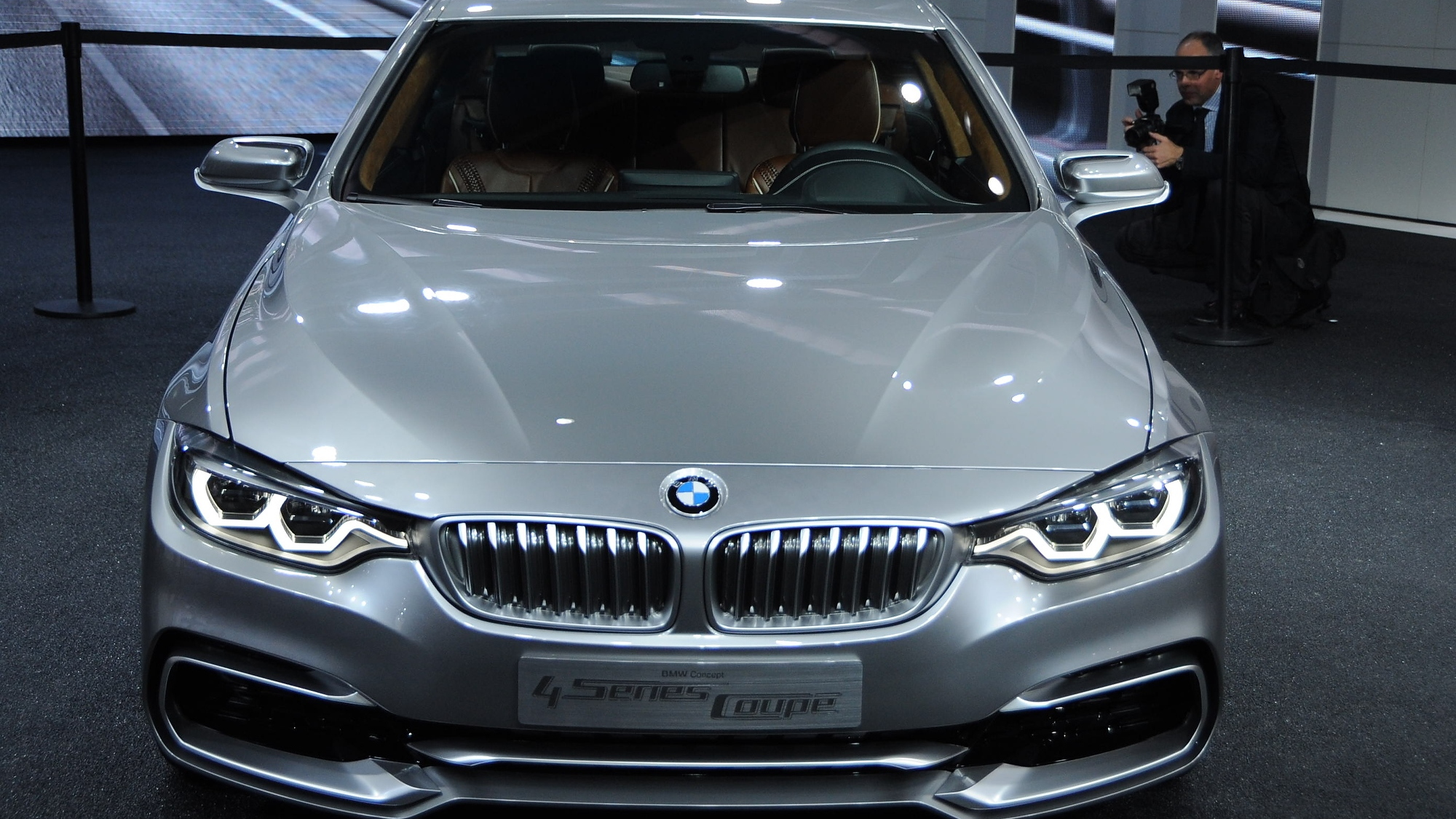 47
photos
These are the first live images of the concept version of BMW’s replacement for the 3-Series Coupe, which once again confirm the new car will be called a 4-Series as well as reaffirming our belief that BMW can still design a stunning vehicle.

Clearly the design of BMW’s new 4-Series Coupe builds on the lines of the regular 3-Series sedan with which it shares a platform, however, the 4-Series Coupe adds a whole new level of aggression and some special styling touches that make it look much more premium.

Of course, this is still a concept, so the production version due later this year will likely see things toned down a little.

Key elements of the design include full-LED headlights with a more tapered-back look and a new take on BMW’s ‘Angel Eyes’ daytime running lights. The grille is also much more pronounced and sits atop a bumper that’s much more aggressive than we’re used to.

Moving rearward, there’s a new fender vent shaped like a reversed number seven. This is a new design trend from BMW that we’ll see on a number of its models including the recently spotted 3-Series Gran Turismo.

That paint finish, by the way, is a unique mix developed just for this concept. BMW calls it Liquid Metal Silver and says it’s perfect for showing of the 4-Series Coupe’s ideal proportions.

The profile of the 4-Series Coupe concept features a beautiful shape that’s reminiscent of the old E46 3-Series Coupe, still one of BMW’s most beautiful designs, while the rear looks clean and shows that designers will likely incorporate the exhaust tips in the rear bumper.

Inside, the expertise of the BMW Individual personalization service combined with carefully selected materials help continue the premium theme. The role of BMW Individual in the 4-Series Coupe concept’s development is evident in items such as the chocolate-brown Alcantara headliner, natural chestnut wood trim and plush leather surfaces--even the cupholders are lined in leather.

As expected, the design of the interior is shared with the 3-Series while the seats now feature a 2+2 configuration.

Note, BMW has plans for several other 4-Series models including a 4-Series Convertible, a new 4-Series Gran Coupe and even an X4 coupe crossover based on the X3. Then there are the M4 performance variants too.