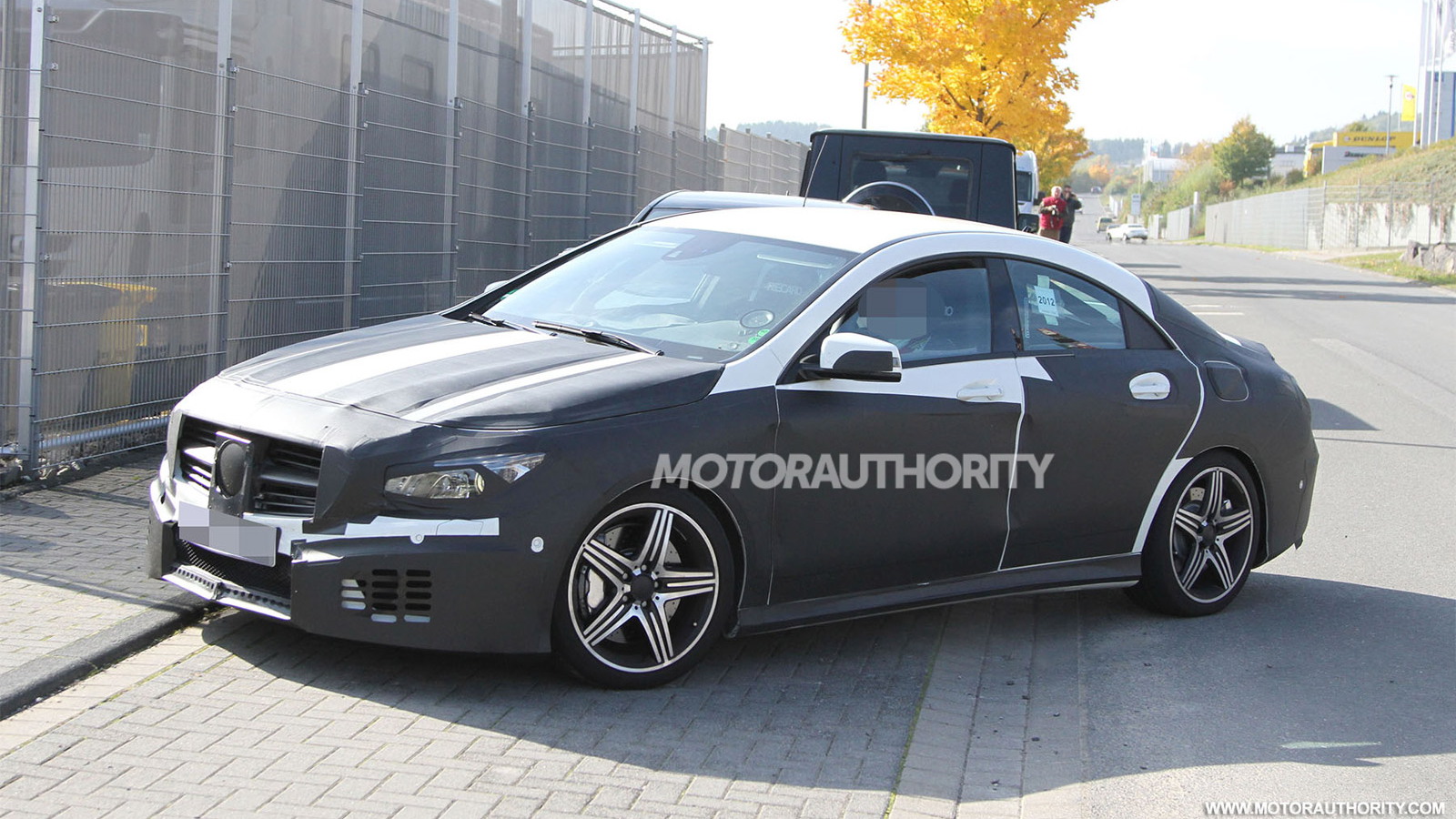 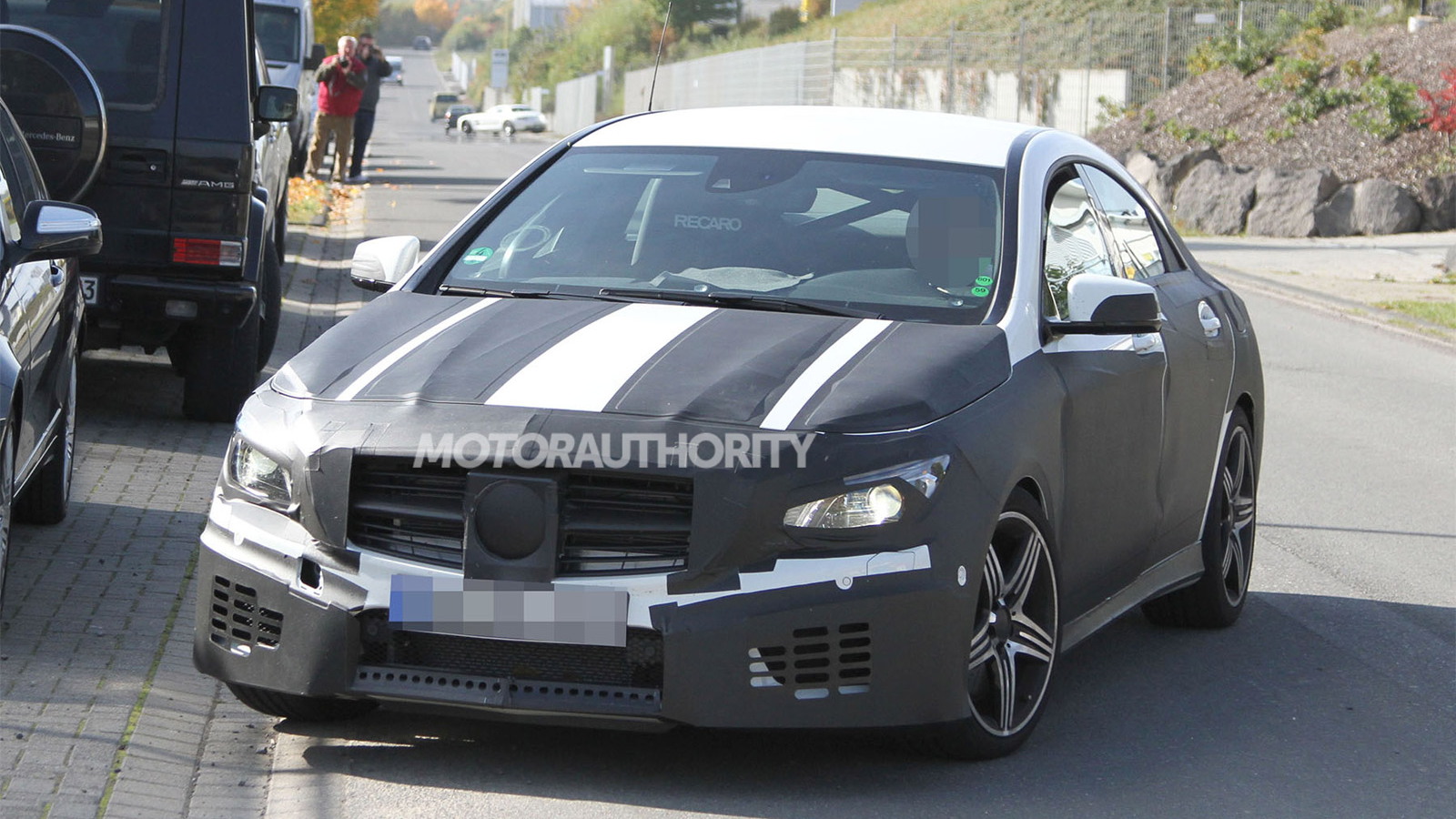 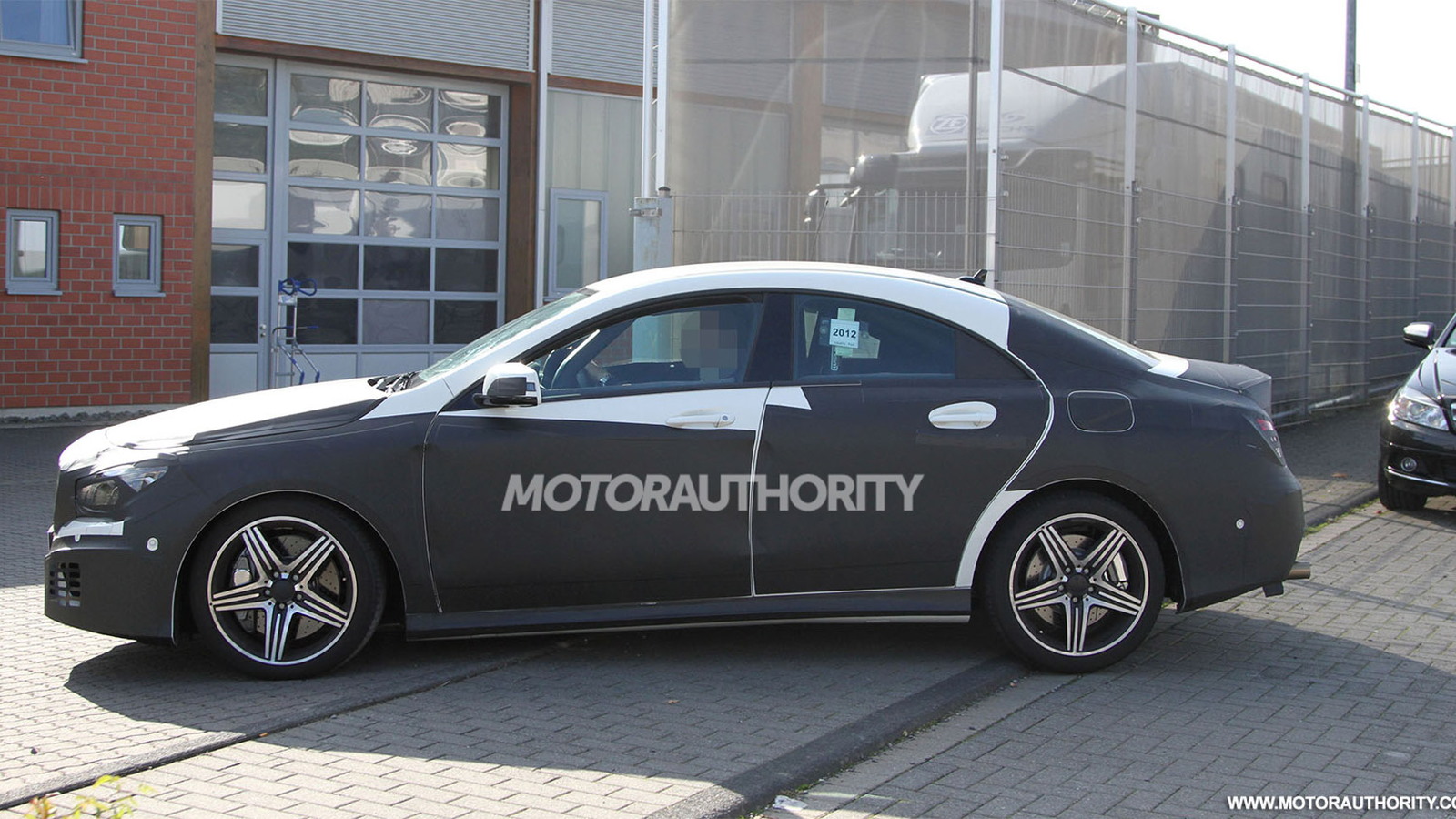 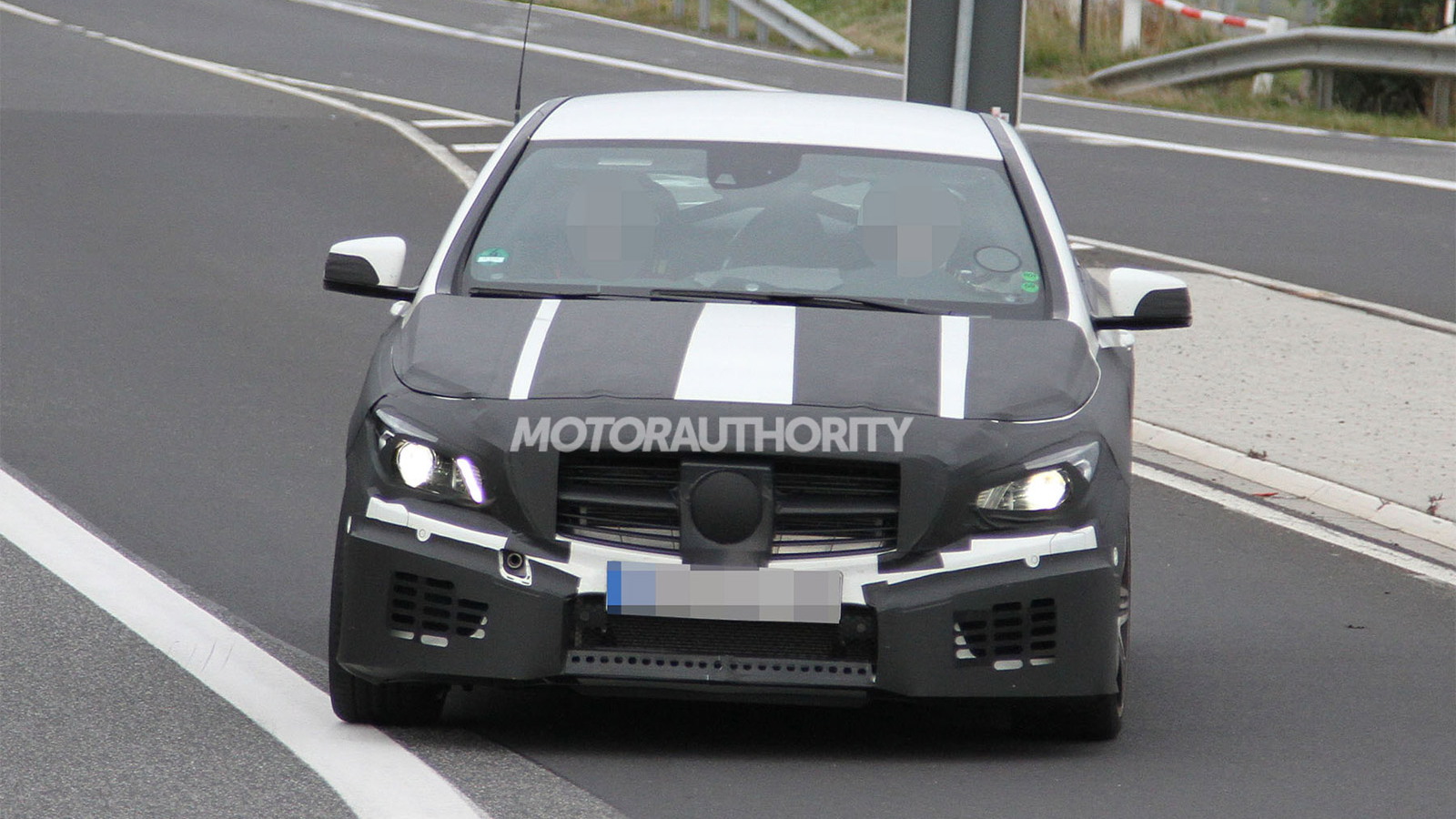 19
photos
A four-door coupe based on the same platform found in the latest Mercedes-Benz A Class and B Class models is due to go on sale next year, including in the U.S., and we now have new spy shots of a high-performance AMG version.

Previously, AMG engineers were hiding the chassis beneath the body of a B Class, though we can clearly see that the prototypes are now wearing their final shape. The new addition, which will likely be called the CLA45 AMG, will be the second compact model in AMG’s expanding arsenal, and there certainly could be more.

The first will be the recently confirmed A45 AMG, which will share a mechanical package with this CLA45 AMG. That package is a tuned version of Mercedes’ MFA front-wheel drive platform, which has been modified to fit a performance-oriented all-wheel drive system in AMG applications.

Power will come from a unique 2.0-liter turbo four-cylinder expected to deliver more than 330 horsepower and 295 pound-feet of torque. Drive will be sent to all four wheels via an AMG SPEEDSHIFT DCT seven-speed dual-clutch transmission, and ensuring the car handles well will be a custom sports suspension setup with independently developed front and rear axles, as well as electromechanical AMG speed-sensitive steering.

Performance of the CLA45 AMG should be scintillating, as you’d expect from a vehicle wearing the AMG badge. The 0-60 mph time should come in at 5.0 seconds or less, and while top speed is likely to be limited to 155 mph, there may be upgrades offered to raise this limit.

As for styling, Mercedes’ recent Concept Style Coupe (pictured below) points the way. We can clearly see large AMG wheels housing uprated brakes on this prototype, while at the rear are makeshift exhaust pipes that are likely to be replaced by AMG’s set of four rectangular-shaped pipes integrated into a rear diffuser. Large air intakes up front will also signify that this is a performance variant of the new CLA Class.

Inside, expect plenty of carbon fiber and aluminum trim.

Mercedes-Benz has confirmed that the new A45 AMG will make its official world debut in the first quarter of 2013, most likely at March's Geneva Motor Show, and we suspect this CLA45 AMG model will debut not too long after.

As for the non-AMG CLA models, check our previous post for more details.