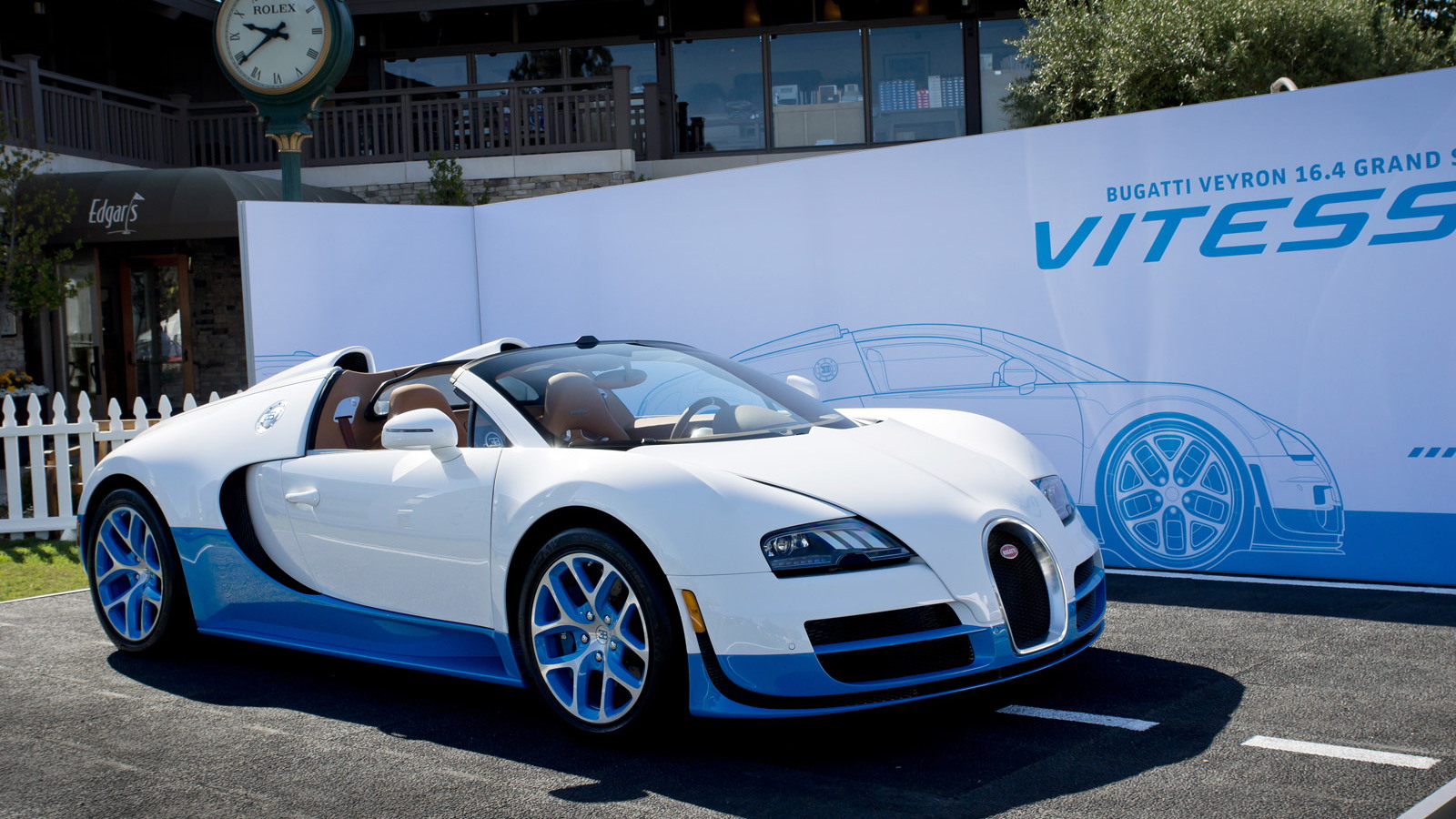 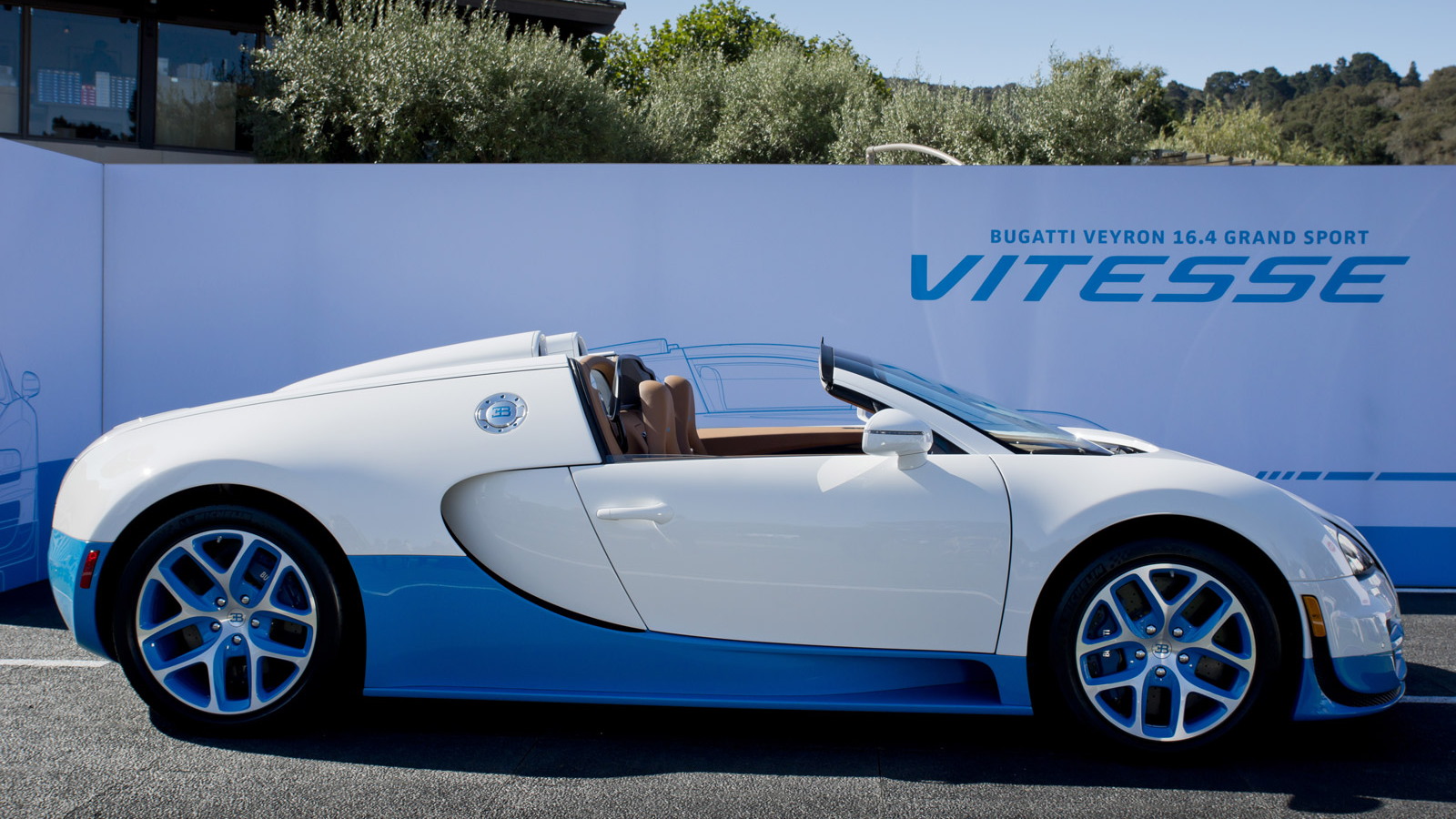 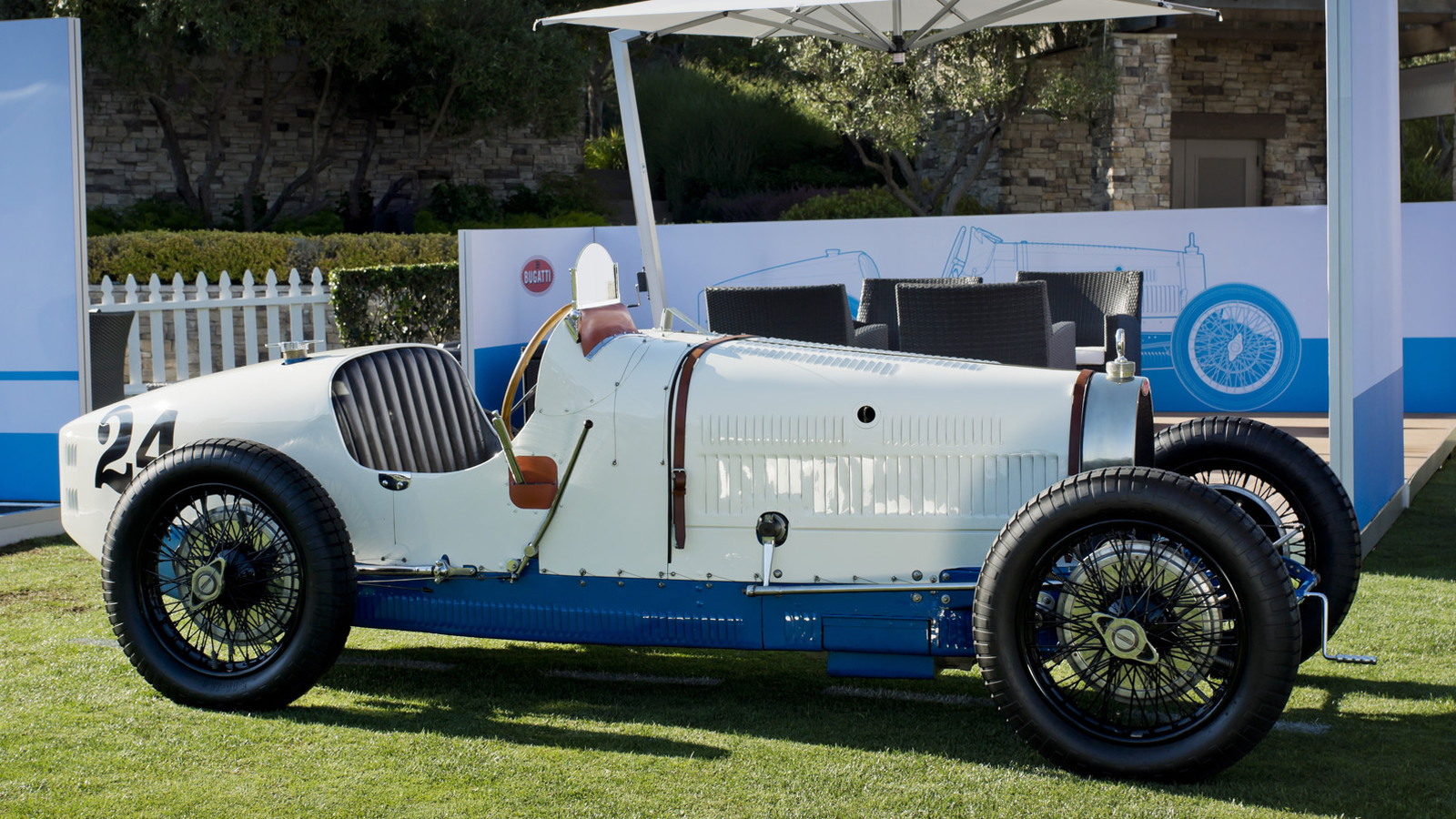 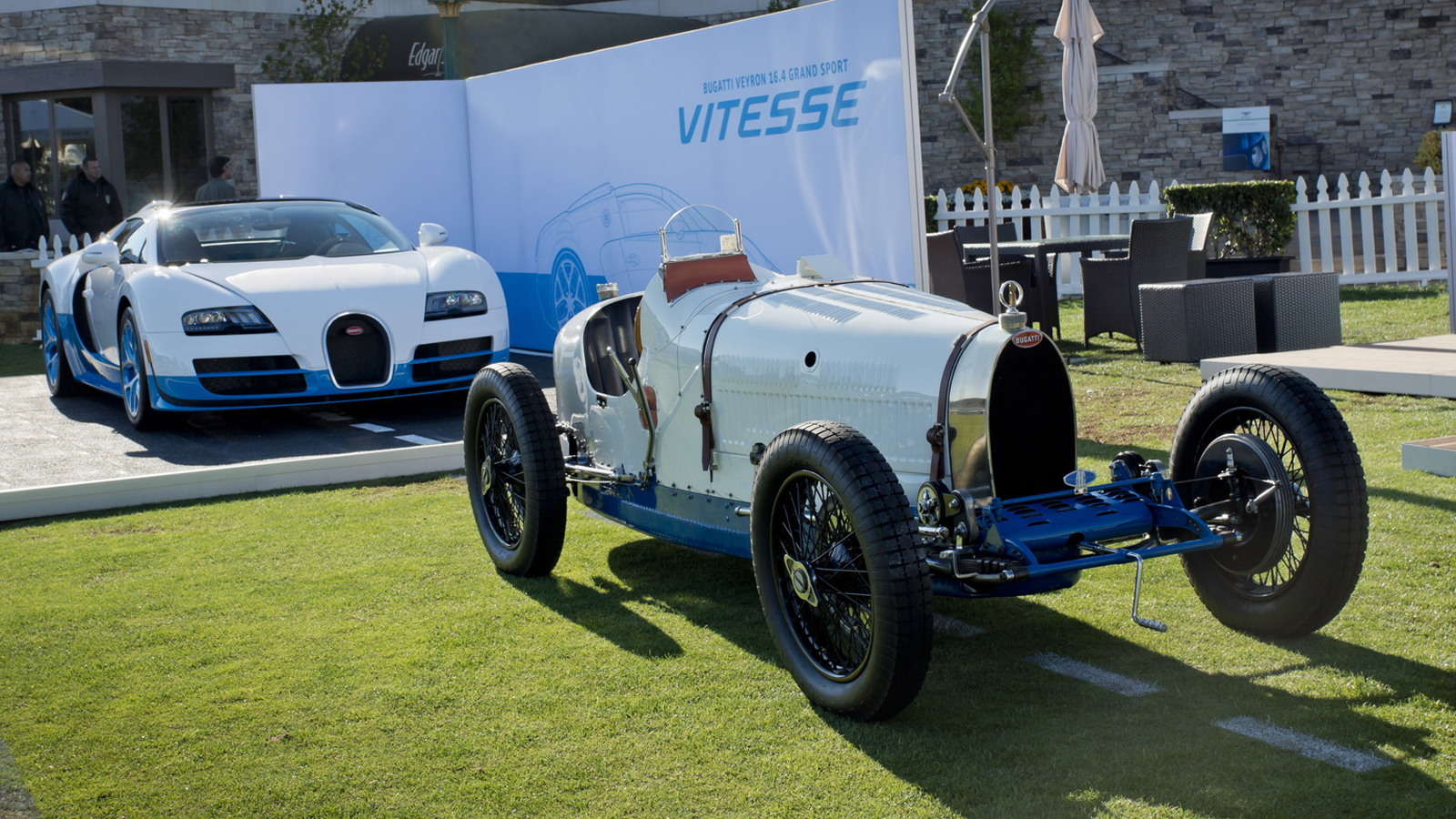 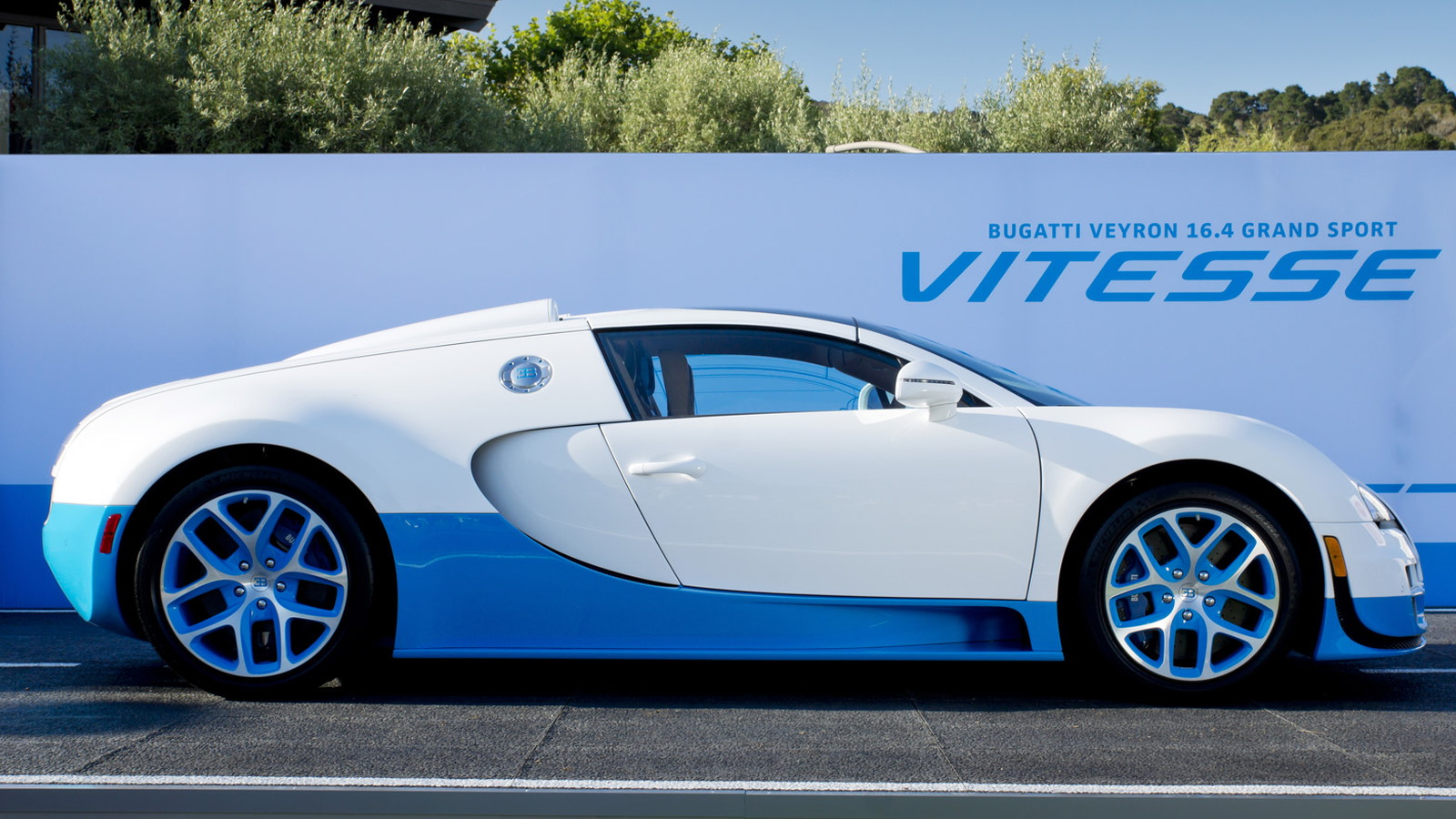 16
photos
The Bugatti Veyron Grand Sport Vitesse is the fastest and most powerful roadster ever released to the public. It is the combination of the record-breaking Veyron Super Sport with the more lifestyle-oriented Veyron Grand Sport, and it retails for about $2.3 million, should Bugatti decide to build you one.

This guarantees it’ll remain one of the most exclusive cars ever produced, however, should you desire more, there are things even more special than a ‘regular’ Veyron Grand Sport Vitesse.

Just today a special edition example of the stunning supercar was rolled out at The Quail, A Motorsports Gathering in Monterey, CA, one of the lead-up events to the 2012 Pebble Beach Concours d’Elegance.

The special edition features a unique Bianco and New Light Blue color scheme, which is designed to mimic the look of the famous Bugatti Type 37A that was built in 1928 and is notable for its numerous Grand Prix wins. The upper area of the body is finished in Bianco, including the roof area and the air scoops. The lower body panels (side skirting, front spoiler, radiator grille frame and rear apron with diffusor), the inner surfaces of the wheel rims and the underside of the automatically extending rear spoiler are in the light blue.

Like all Veyrons, and in particular the Veyron Grand Sport Vitesse model, carbon fiber is, along with stainless metals such as aluminum and magnesium, the dominant material for the cabin. Numerous interior parts are made from the lightweight stuff in this special roadster, including the center console extension, a cover with the EB logo between the seats and the side portions of the seats themselves. Leather trim abounds on nearly every other surface, in this case a cognac color has been chosen.

No changes have been made to the powertrain, which means you still have a quad-turbocharged 8.0-liter W-16 engine rated at 1,200 horsepower and 1,106 pound-feet of torque--enough for 0-60 mph acceleration in just 2.6 seconds and a top speed of 255 mph.

The original Type 37A was also on display (pictured below), on loan from the collection of comedian and all round car nut Jay Leno. Looking at the two cars side by side, it’s clear where designers drew their inspiration.

Stay tuned to the Pebble Beach Weekend coverage by bookmarking our 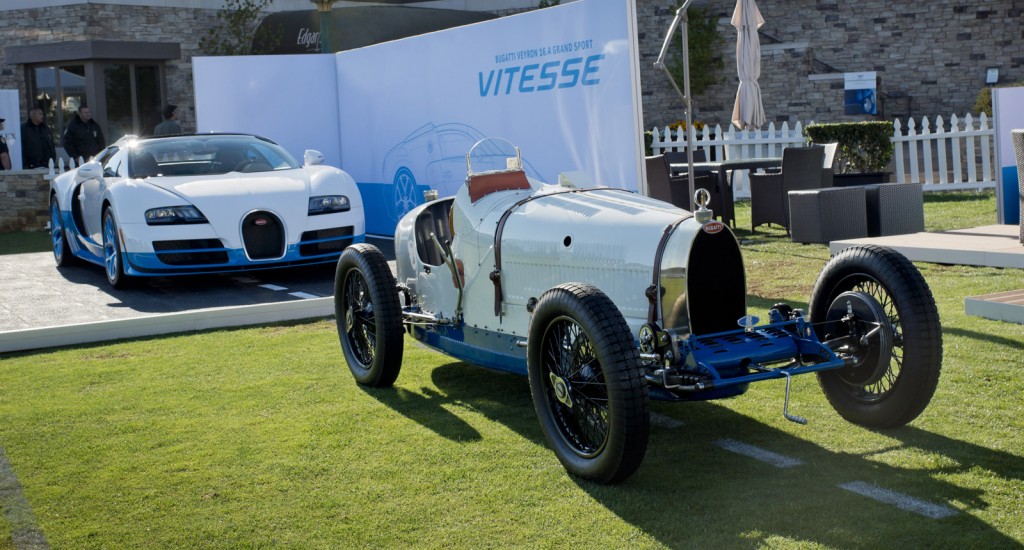