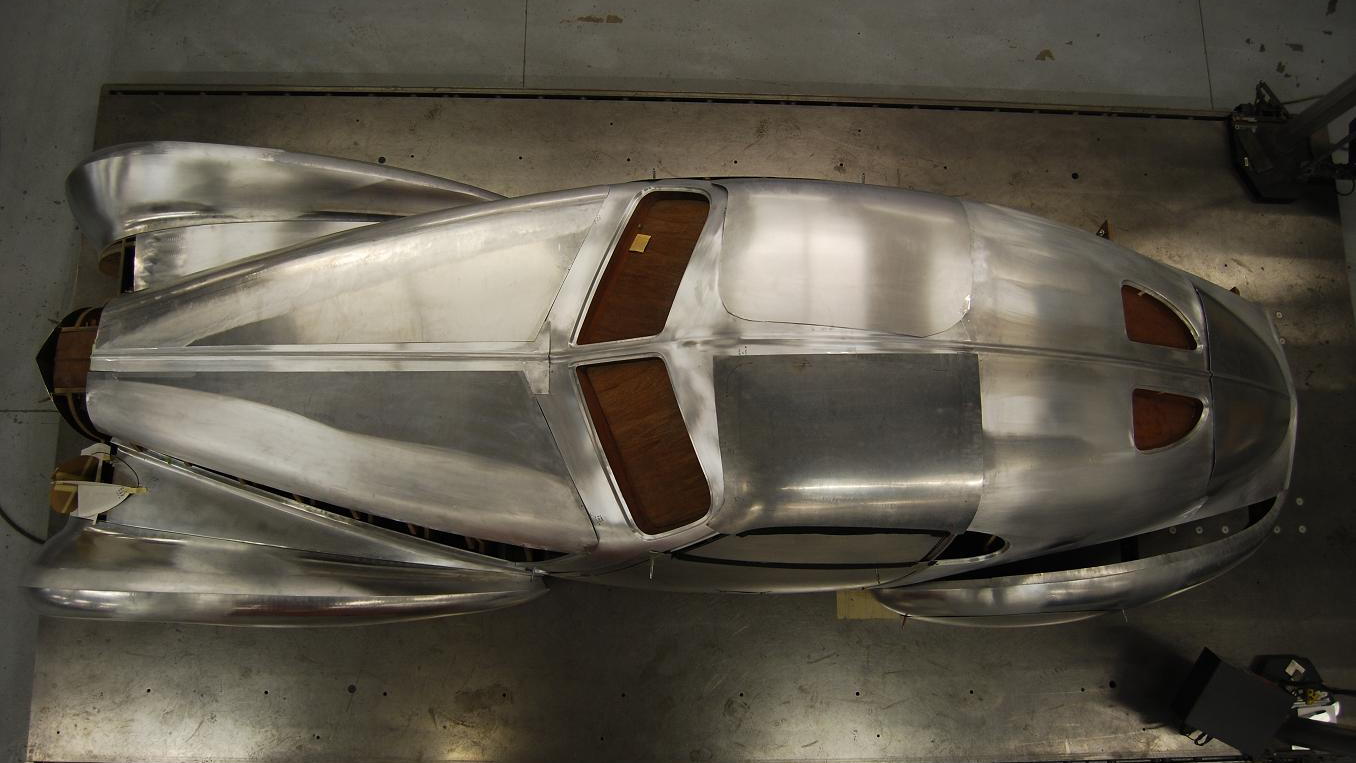 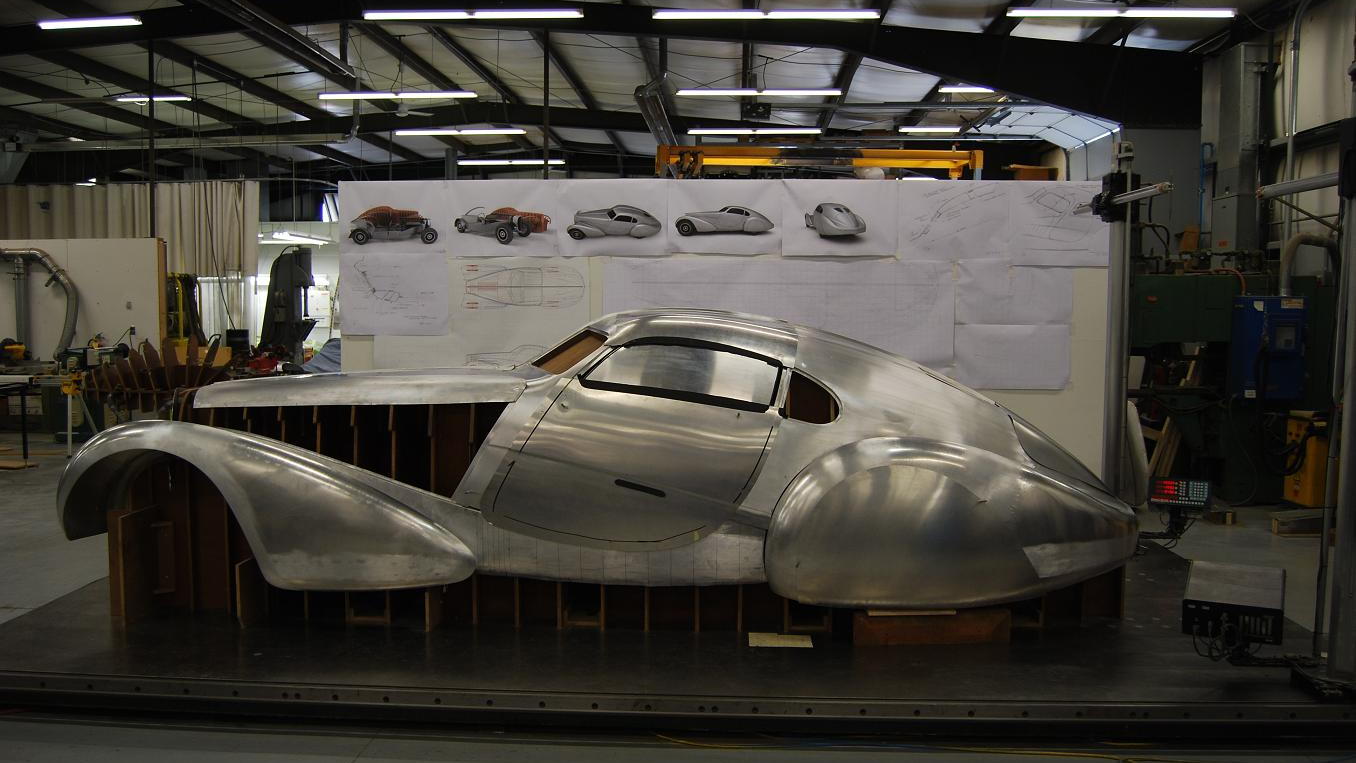 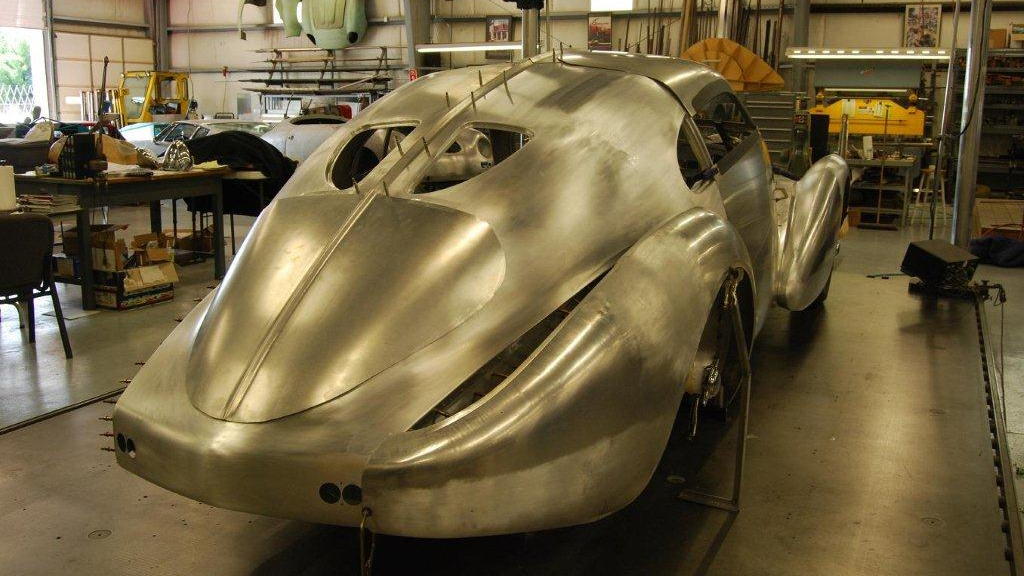 3
photos
Automotive designer Jean Bugatti was the man behind the styling of such classic Bugatti automobiles as the Type 41 Royale and the Type 57. Despite his artistic gift, Bugatti was an engineer who also helped develop designs for twin-cam engines and independent suspensions for the French automaker.

Jean Bugatti died in 1939, at age 30, in the crash of a Type 57 racer. While there’s no telling what may have been had Bugatti’s life not been cut short, one dream that never saw fulfillment was the aerodynamic 1939 Bugatti Type 64 Coupe, based on chassis number 64002.

Bugatti had created sketches for his vision prior to his untimely death, but the car never progressed beyond Jean Bugatti’s final chassis. Now, the Mullin Automotive Museum, in conjunction with Stewart Reed Design and Automobile Metal Shaping Company, has crafted a body for chassis 64002 that employs numerous original styling cues.

True to Bugatti form, the aerodynamic coupe will feature a riveted body structure, papillon doors (also known as gull-wing doors, a feature Jean Bugatti designed in 1939) and a prominent styling ridge down the centerline of the car. Panels will be crafted by hand, using techniques that metal artisans would have employed in 1939.

Of the museum’s efforts on chassis 64002, Chairman Peter Mullin said, “We’ve dedicated much of our efforts at the Museum to honor the Bugatti family and the marque, but never have we done something of this scale. I cannot imagine a greater token of respect to the Bugatti family than to help finish Jean Bugatti’s beloved final masterpiece.”

While not fully completed, the car will still be displayed at The Quail, A Motorsport Gathering, on August 17, and later at the Mullin Automotive Museum in Oxnard, California.