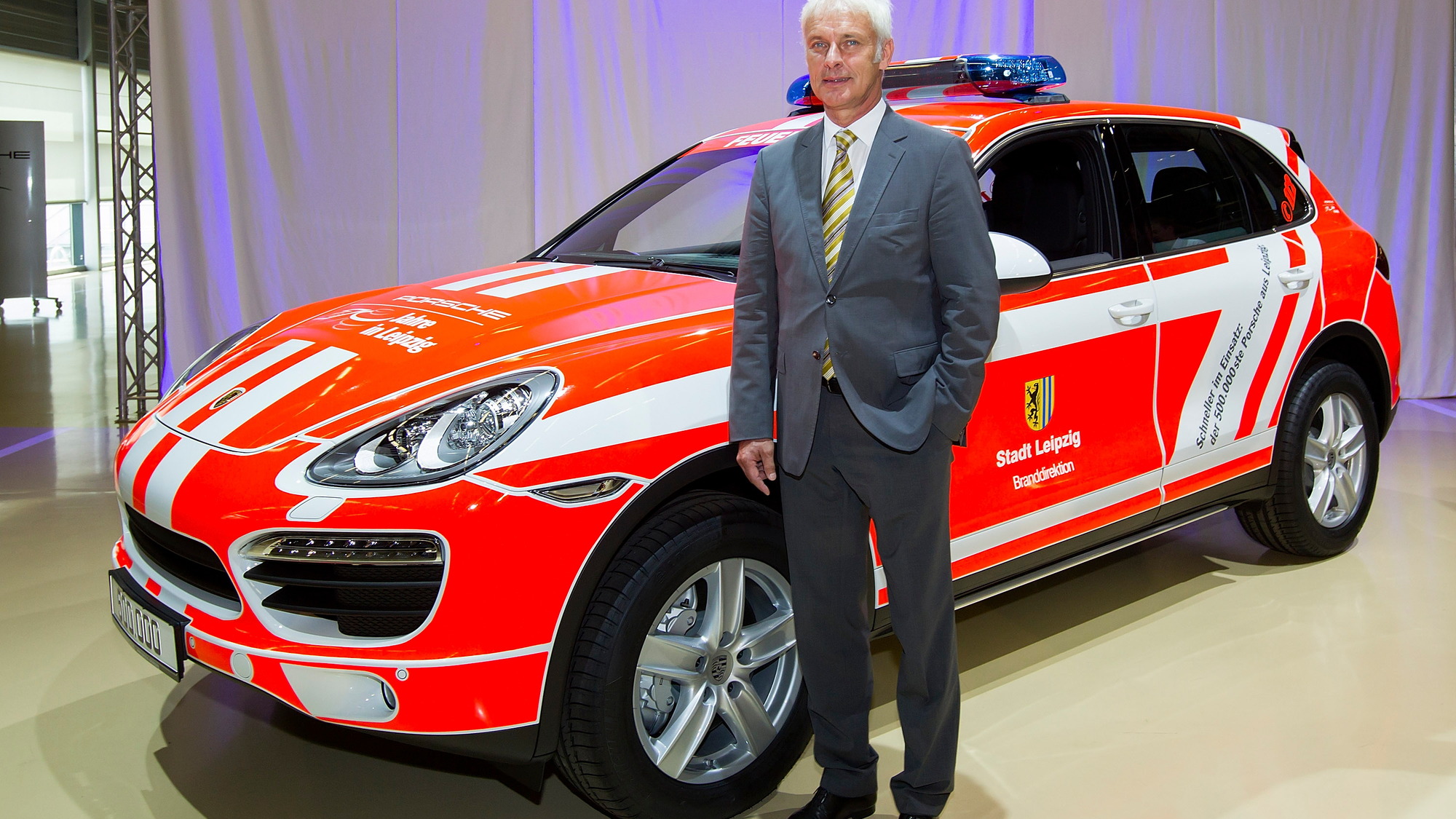 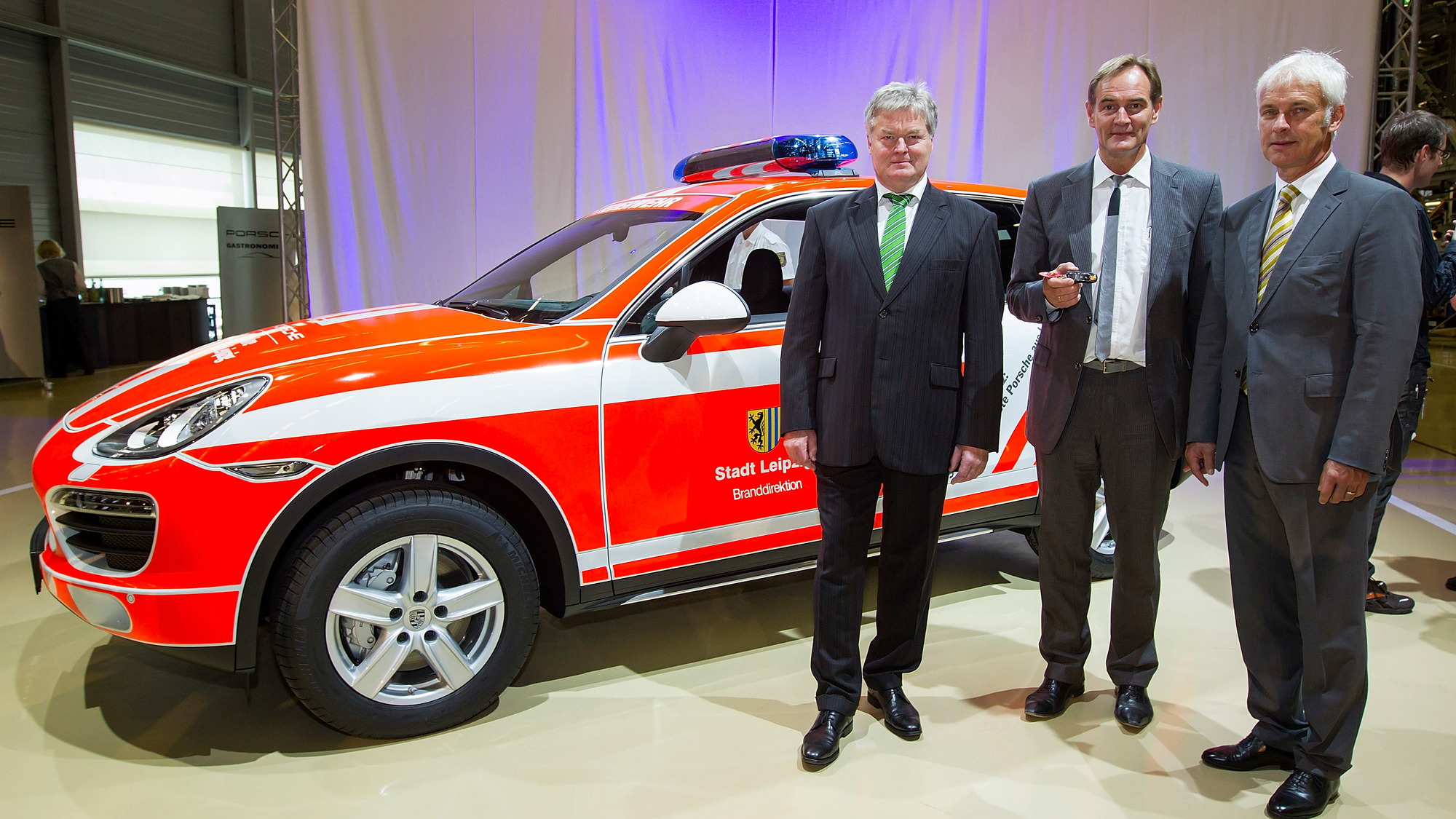 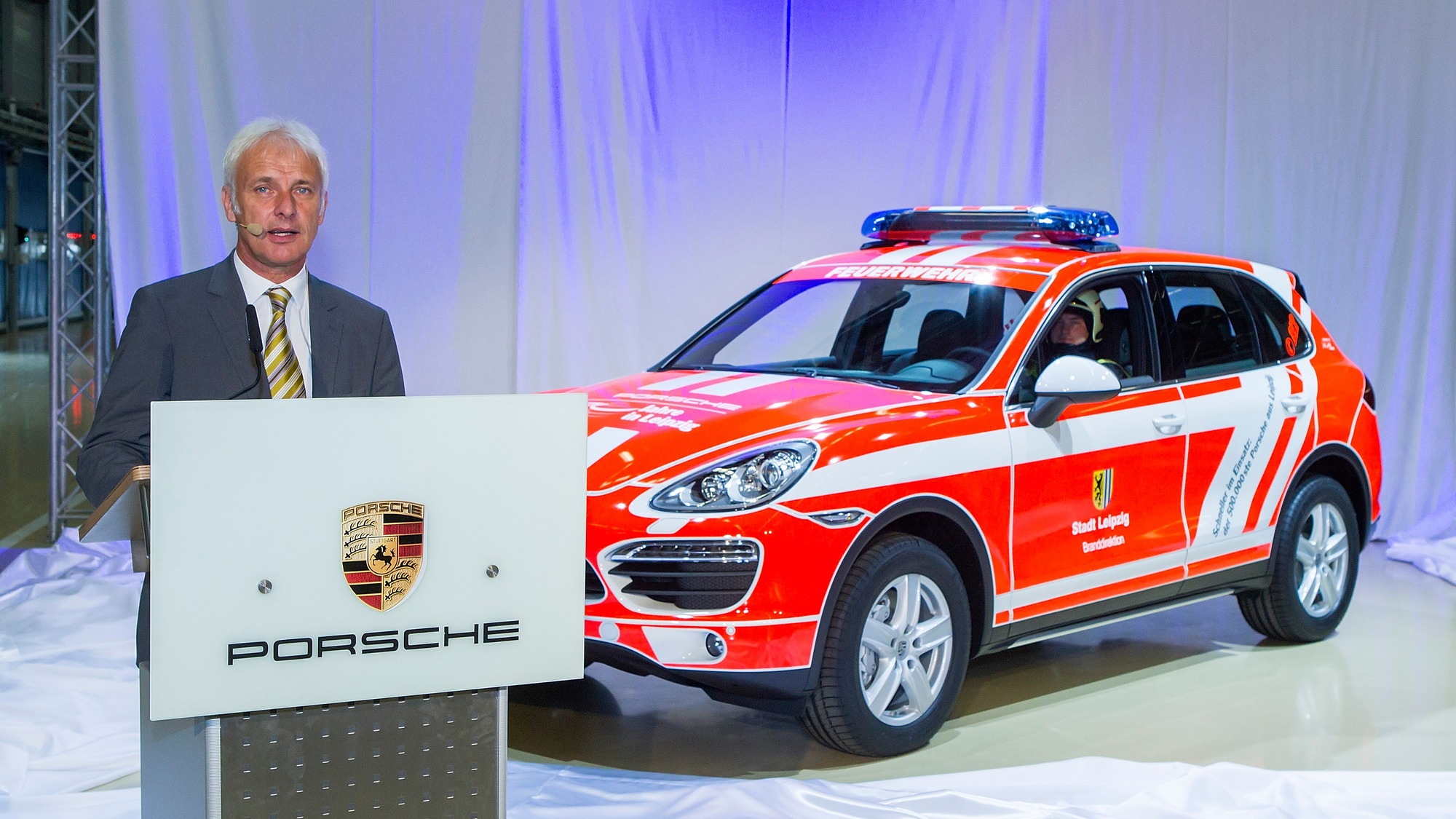 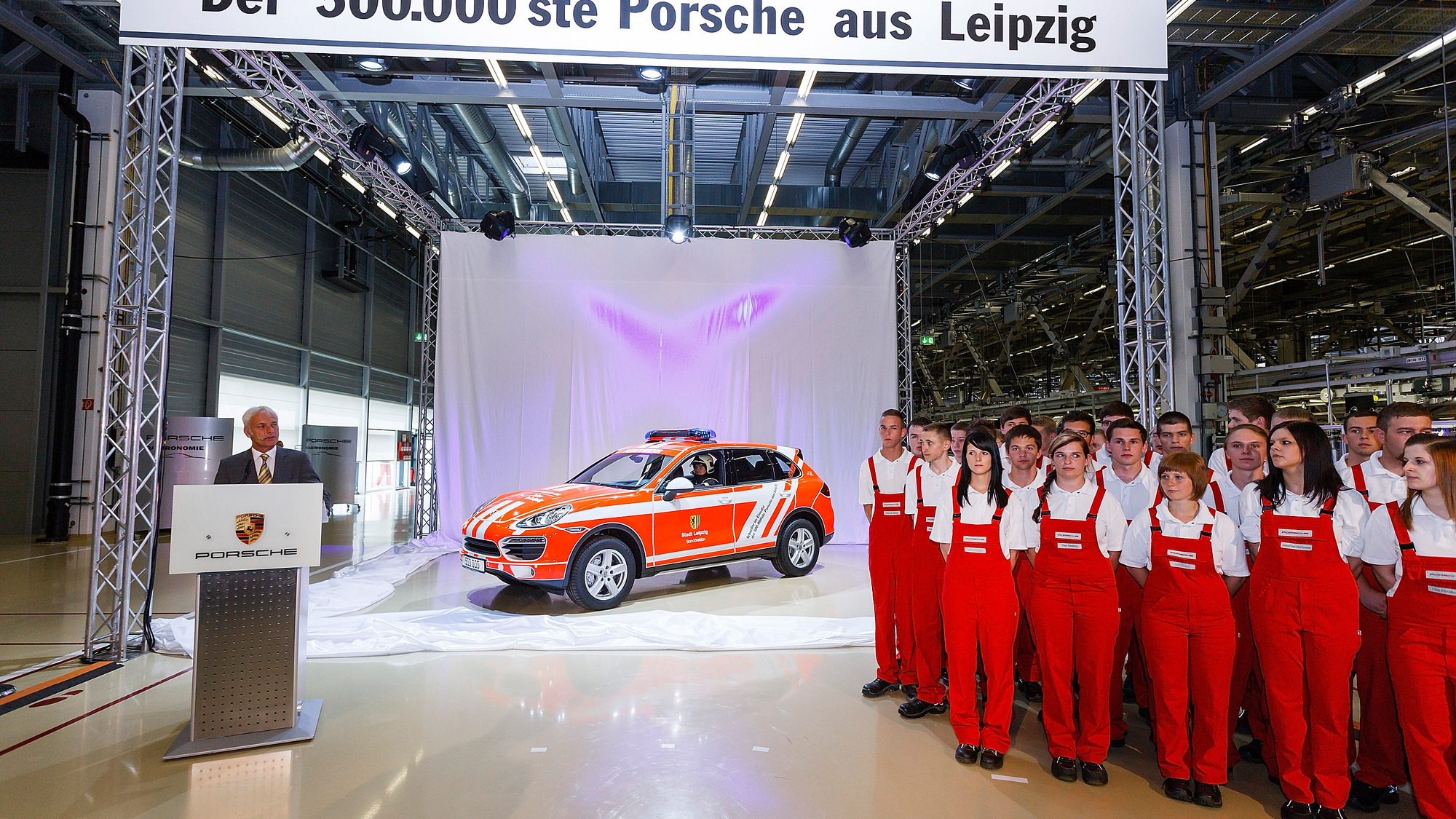 4
photos
The Porsche Cayenne is many things: surprisingly fast, especially in Turbo form; also luxurious and comfortable; somewhat awkward-looking from some angles, too. And now it's a command truck for the Leipzig fire brigade and the 500,000th vehicle to roll out of Porsche's Leipzig plant.

It took just ten years for the Leipzig facility to build its half-million cars and SUVs. That works out to almost 137 cars per day--if the plant operated non-stop for the entire time. Not bad.

Porsche president and CEO Matthias Müller said of the occasion, "Behind the success is a strong workforce now numbering 1,005 employees at our production facility in Saxony. I am impressed by the high degree of technical expertise of our Leipzig colleagues. They send forth into the world the seal of quality ‘Made in Germany’ and with it a piece of Leipzig,"

As for details on what makes the 500,000th vehicle built a fire-Cayenne, that hasn't been explained. From what we can see in the photos, it appears to include the obligatory paint work, a light bar, and some official badges.

Porsche plans to expand the Leipzig plant for the Macan crossover, which will begin production there in late 2013, according to Wolfgang Leimgruber, member of the board for production and logistics at Porsche AG. The expansion will include the addition of its own body assembly line and a paint shop, effectively converting the Leipzig location from a production facility into a fully-fledged plant. 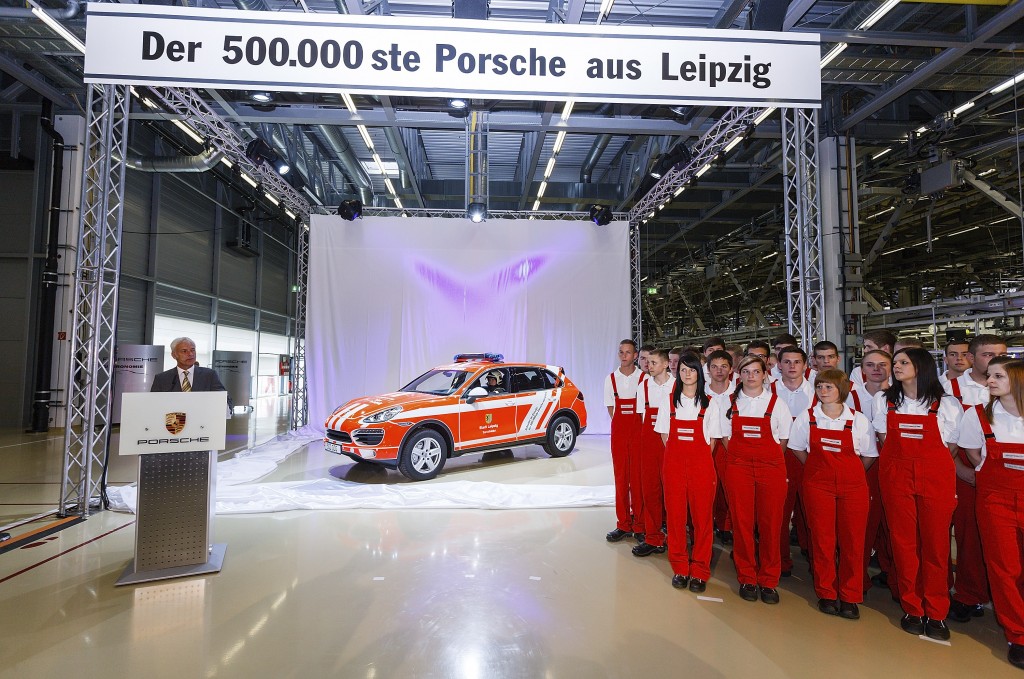