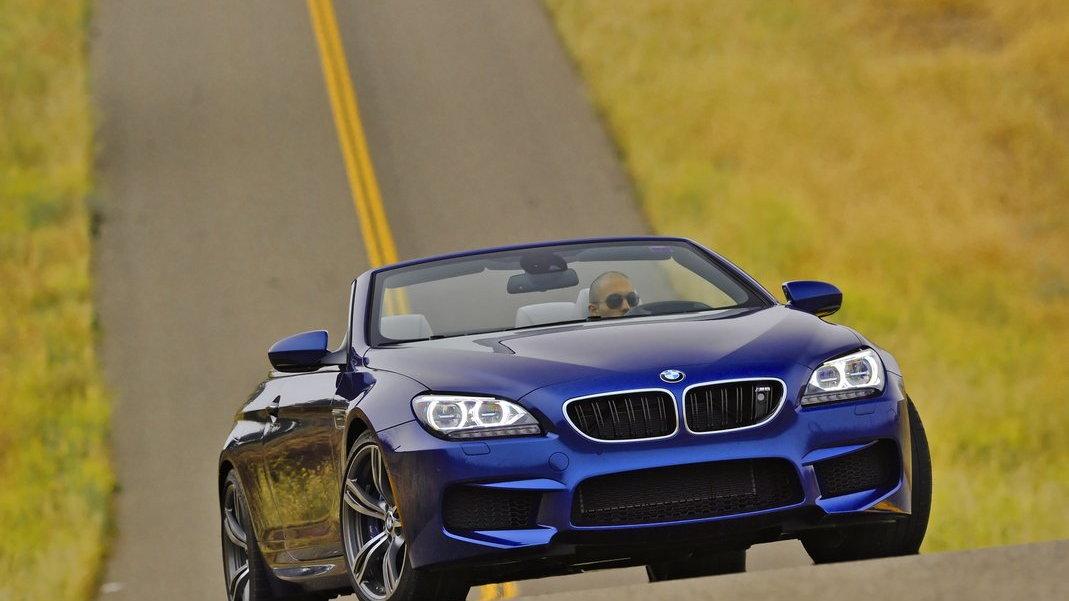 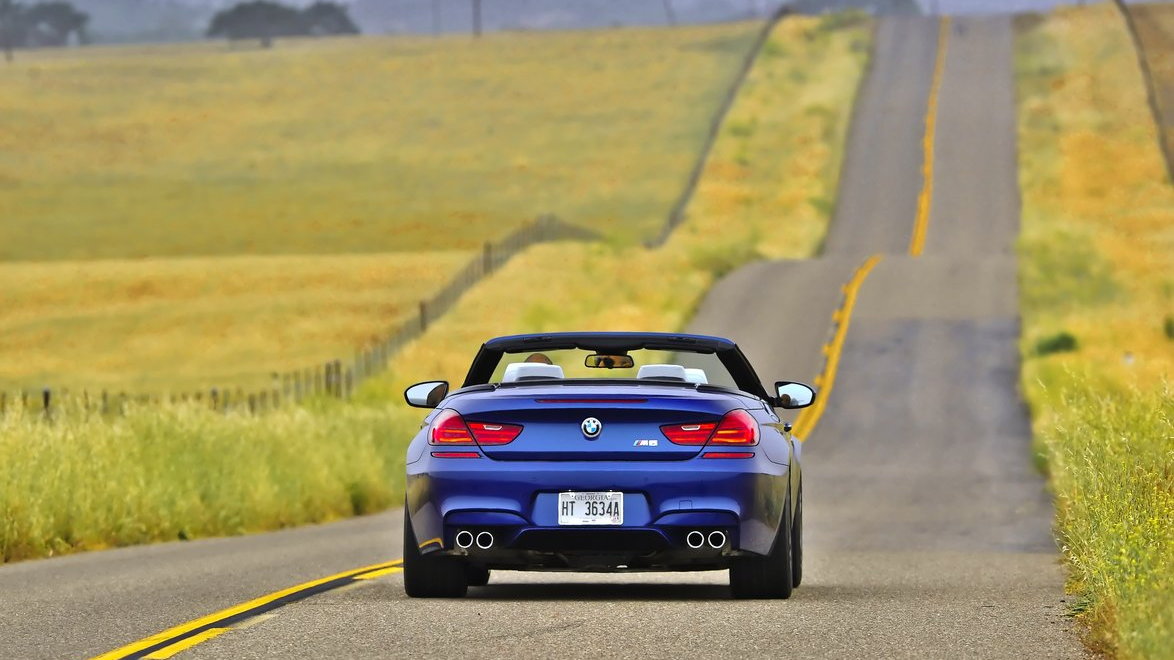 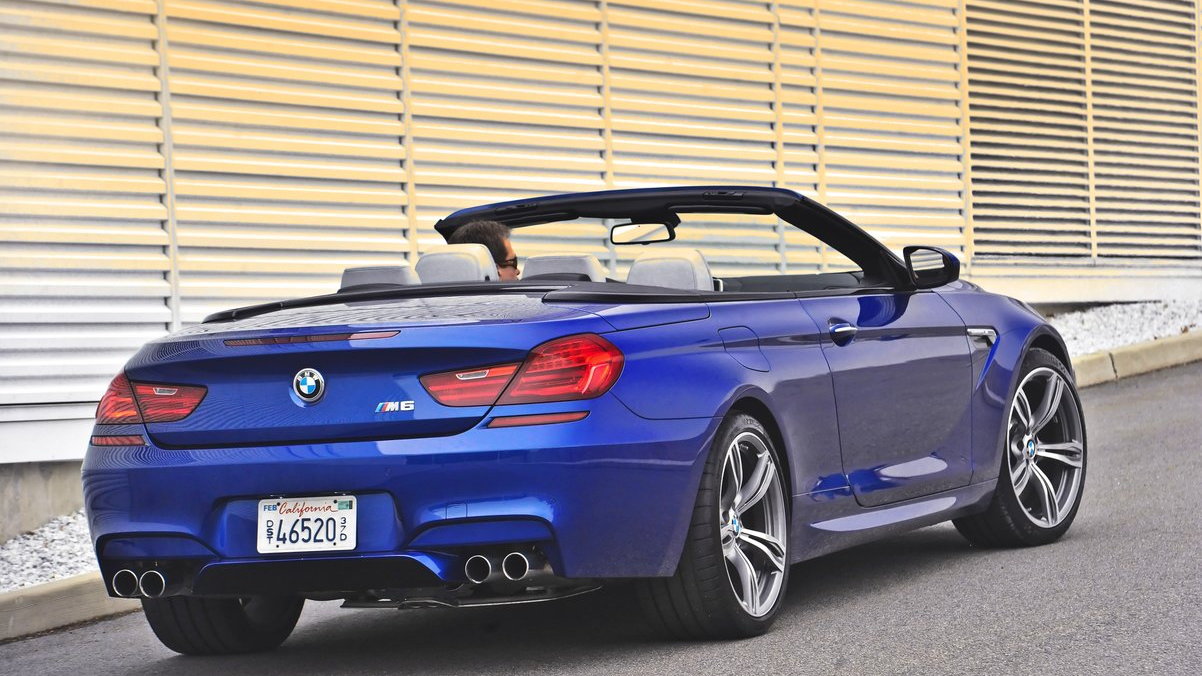 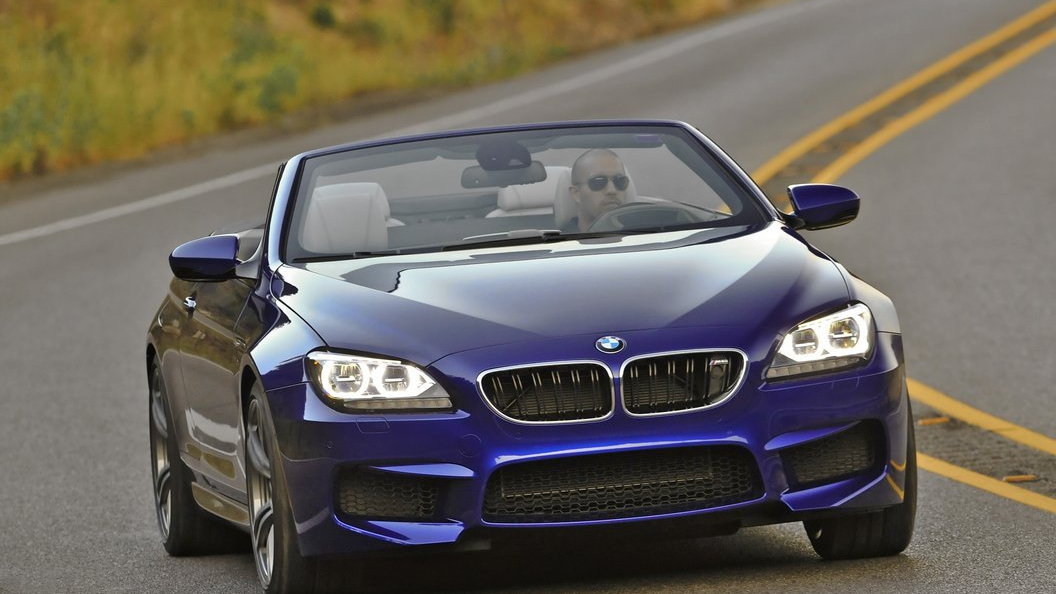 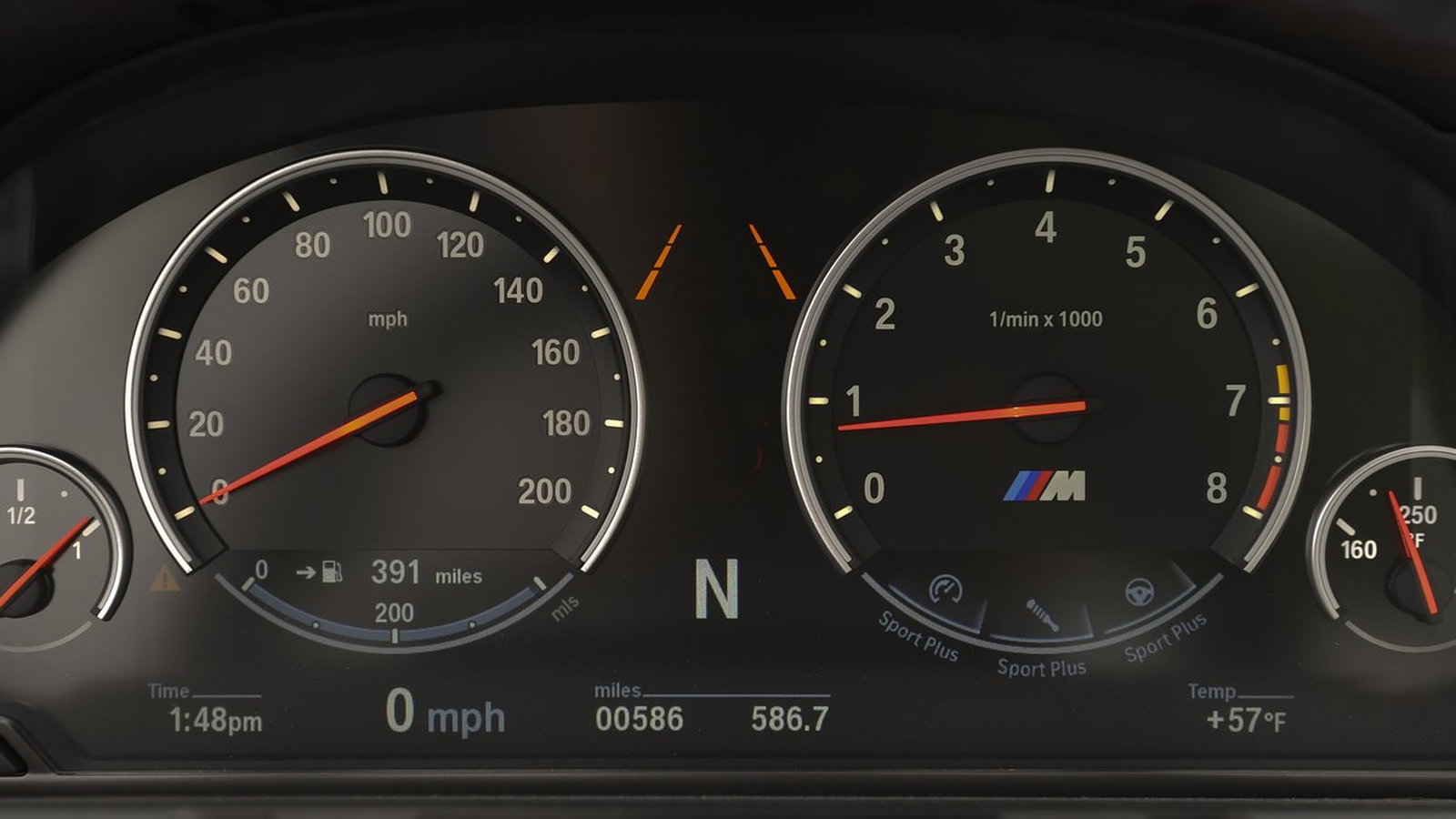 20
photos
If you're at all familiar with chili peppers and the zing they bring, you know that a little heat's a good thing, but too much spice can completely numb the senses—or bite back.

It's how we couldn't help but feel about the new 2012 BMW M6 Convertible, top down, in one of its many Sport-mode combinations. Exploring (and enjoying) the M6's phenomenal capability just a little bit adds some spice—and it's an ever-present temptation—but moderation and respect is key.

Crack the throttle of this 560-horsepower, 4,500-pound beast open the first time or two on a long, straight road and it's part exhilarating, part intoxicating. Go there a few more times and you're tapping into your own adrenaline reserves. The M6 has the capability to reliably pull so many gs in acceleration, braking, and cornering that you begin to feel a bit like a fighter pilot, getting to the blurry edges of your own reaction time—and your own natural sense of vehicle dynamics.

And what makes the M6 Convertible experience different from other cars this editor has driven with comparable power figures is that you never get the idea that the car is running ragged, or that it's at all fragile. Quite to the contrary, it felt like the M6 could pull off full-throttle dashes all day—or take to a serious day at the track. Not that you wouldn't just wait a few extra months and buy the upcoming 2013 BMW M6 Coupe for that.

We didn't get the model year wrong, by the way. This time the M6 is arriving first as a Convertible late in model-year 2012—about now—then later, for 2013, as a Coupe.

Most powerful BMW M engine ever

Nail the accelerator to the floor from a standing start in Sport mode with all the electronics turned on, as we did, and you get some careful management in getting the power to the road, with the shifts from the M-Double-Clutch Transmission (M-DCT) softened a bit accordingly for the 1-2 and 2-3 shifts (for 'lack' of traction, not because the gearbox can't handle it). Only by the time you get to the top of third gear (provided you're on a smooth, flat stretch of—ehem—track) do you realize with the 3-4 shift (113 mph) the seamless, firm, and clap-quick potential of this gearbox.

The M6 Convertible packs “the most powerful engine ever fitted into a series-produced model from BMW M,” as the automaker puts it: in addition to its 560-hp rating, the twin-turbo 4.4-liter V-8 makes 500 pound-feet of torque beginning at just 1,500 rpm—so it's stronger than the V-10 it replaces yet much more efficient. That's complemented by the performance-oriented seven-speed M-Double-Clutch Transmission (M-DCT) that's a major step up from the eight-speed automatic in the 650i, plus an Active M Differential that helps get the power delivered well between the rear wheels, and an M-Specific Chassis with special forged-aluminum suspension components and an integral rear axle subframe. And of course there are upgraded brakes to match: huge 15.7-inch (15.6-inch rear) vented-and-cross-drilled rotors with six-piston rotors, with M Carbon Ceramic stoppers available.

We called it a beast, because deep down it's really sort of that, and it depends on lots of mapped-out boundaries in its electronic nannies to help reel it in and allow you some thrills without crossing that fuzzy line. Without the sophisticated electronics, it's likely that with a deep dab of the right foot on a backroad, the M6's rear wheels would be headed for the ditch, or over the centerline, before only the most experienced drivers could catch it.

That said, this is one sophisticated chassis. Just as in the M5, you have a seemingly endless number of possibilities through multiple settings for the Dynamic Damper Control (suspension firmness), the Servotronic power steering (it's hydraulic here), powertrain sharpness, and the stability control. Through M1 and M2 buttons on the steering wheel, you can combine these variables into about any combination you want to suit familiar driving conditions or particular passengers (comfort settings for when the spouse is riding shotgun, for instance).

Take it down a notch, and savor the M6's spicy undertones in one of the less-aggressive modes, and the M6 makes a very enjoyable convertible. In the absence of urgency, the M-DCT gearbox damps and smooths its shifts just as well as a pedestrian DSG in a VW GTI, while ride quality is excellent (there's not even a hint of cowl shake here). The M6 employs the unique cross-bank-manifold turbo setup for this M engine, with two short exhaust outlets each feeding one scroll of the dual twin-scroll turbo setup. It's an expensive, more complex arrangement, but it allows throttle tip-in to feel immediate and truly like a larger-displacement engine.

The one thing it doesn't quite do is sound nearly as wicked as the previous V-10, however. While we loved hearing the turbo V-8 winding up into its upper ranges, the low to mid revs brought none of the tonal splendor or crackly sound of its predecessor. And it's nowhere near as distinctive as the bellowing, barking Mercedes-Benz SL 63 AMG we drove just a few weeks prior.

Wind buffeting, as with the 640i and 650i Convertibles, is superb, and at highway speeds my co-driver and I could easily carry on a conversation at 70 mph with the top down but the side windows up. And the carbon-fiber-composite top is one of the best soft tops we've experienced in any car, at any price; it can motor on up, without even a bit of hesitation (even though it's something of a sail), while you're rolling at up to 25-mph.

Inside, it's worth taking note of the new steering wheel in the M6. It's a bit retro, and it looks somewhat like an upturned compass to us. The gauge cluster stays simple and down to business, but it's matched with extensive steering-wheel toggle buttons as well as the same fundamental layout you get in the 650i, with a wide center console and an airy, low-beltline look and feel, but with the center stack canted toward the driver. BMW's iDrive is there, too, in its fourth-gen version, as are excellent M sport seats.

In Convertible form, there's really no aesthetic penalty; the new M6 is a beautiful car. But if it takes more than beauty, scorching powertrain figures, and a mind-numbing array of settings, you owe it to yourself to also consider the Audi R8 Spyder, Aston Martin V8 Vantage Convertible, or Mercedes SL63—or even a Porsche 911 Cabriolet. Of course, the M6's $113,995 base price and approximately $130k price as well optioned land below most of those models—especially once you start comparing equipment.

So if you're shopping for one of the most potent convertibles on the market, but you also aren't willing to sacrifice any comfort—and the bragging rights of 560 horsepower and an exclusive M car tickles you—then we think that the M6 Convertible does provide just the right kind of sun-drenched, spicy-hot experience when you need it.

In moderation, of course.