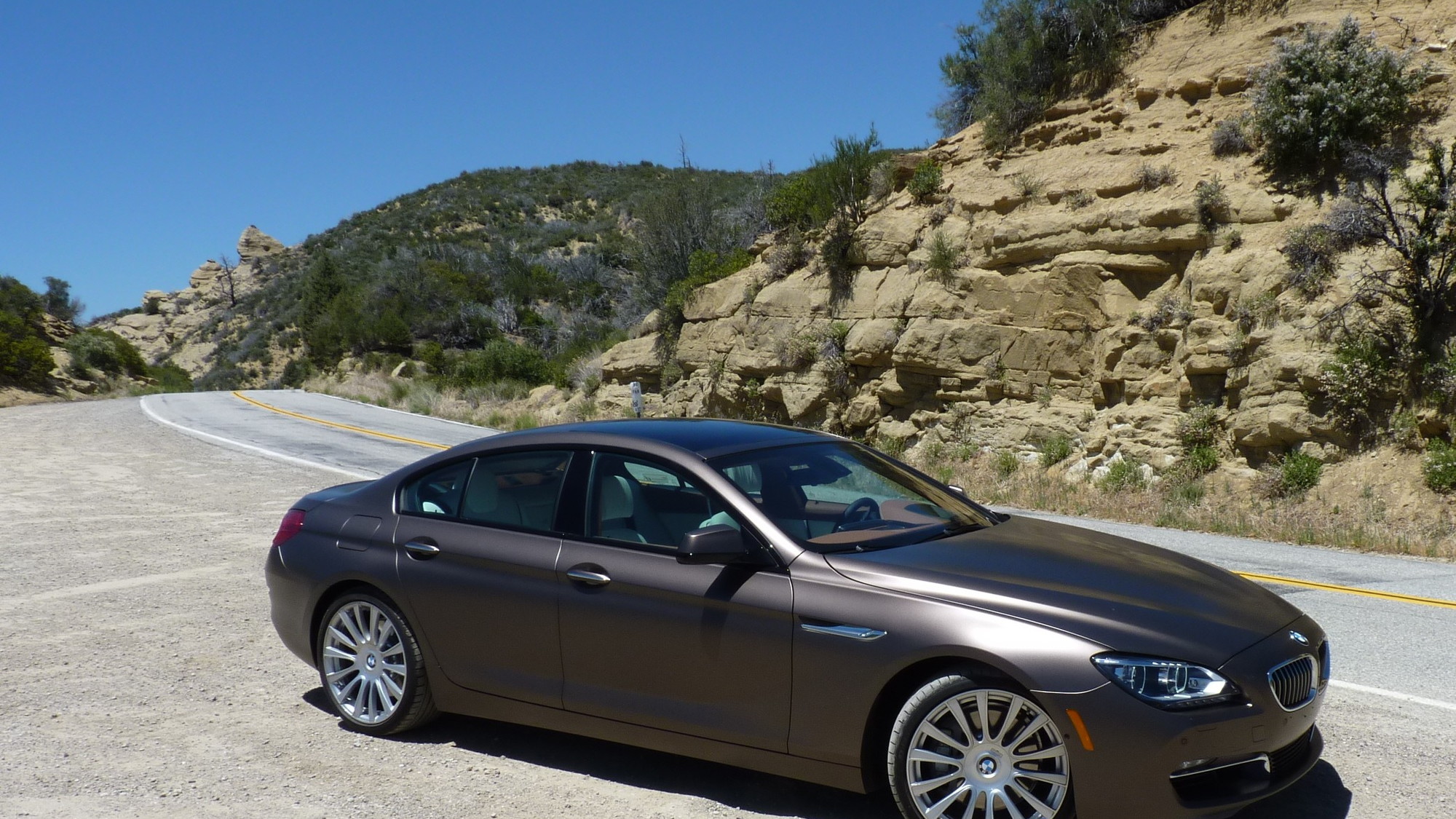 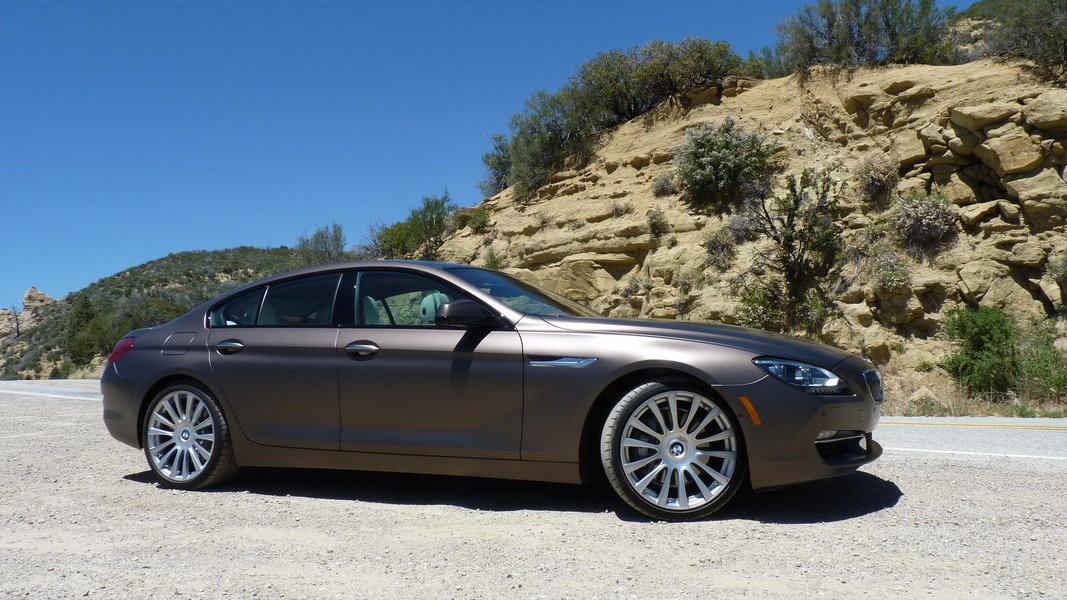 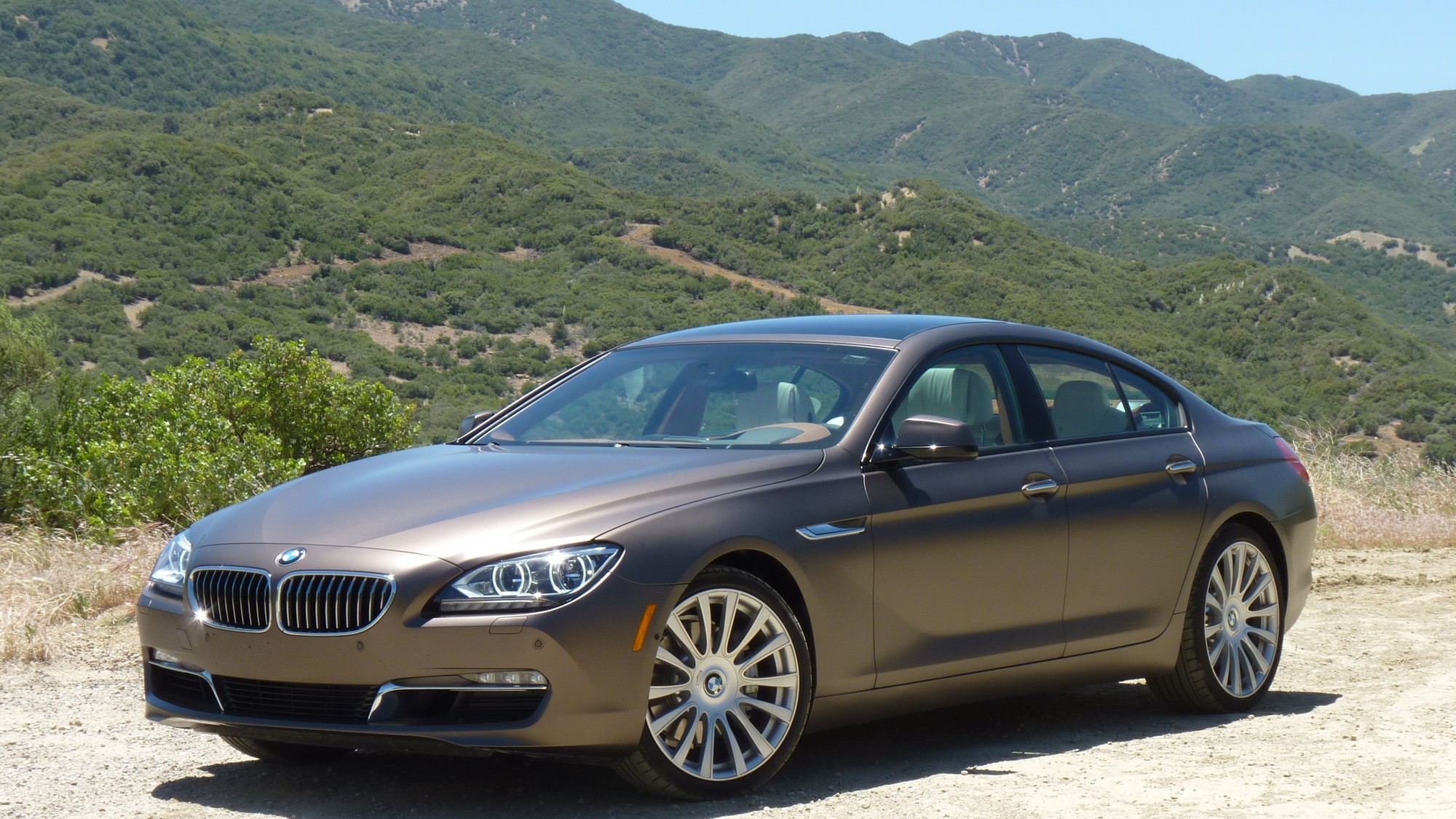 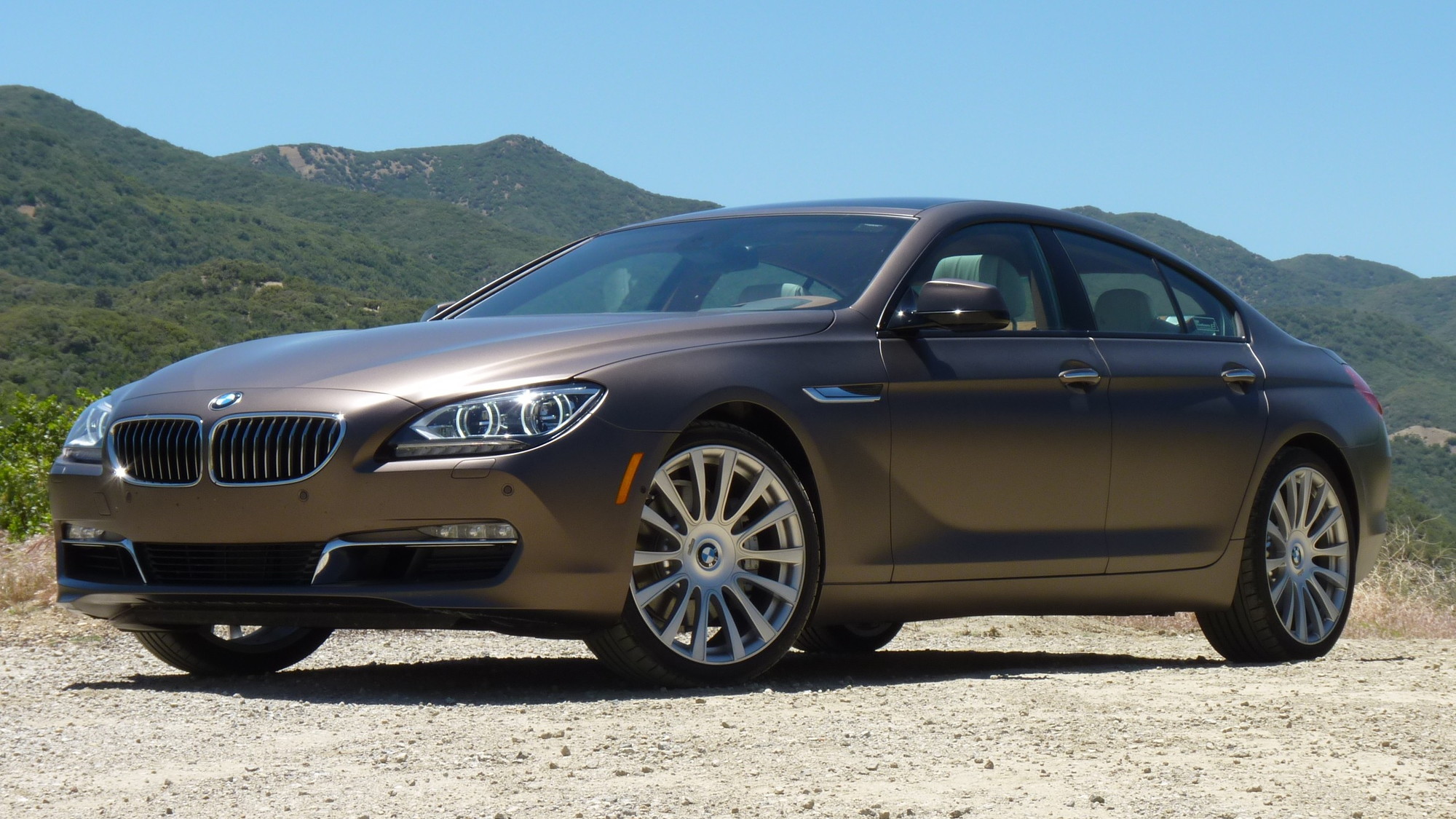 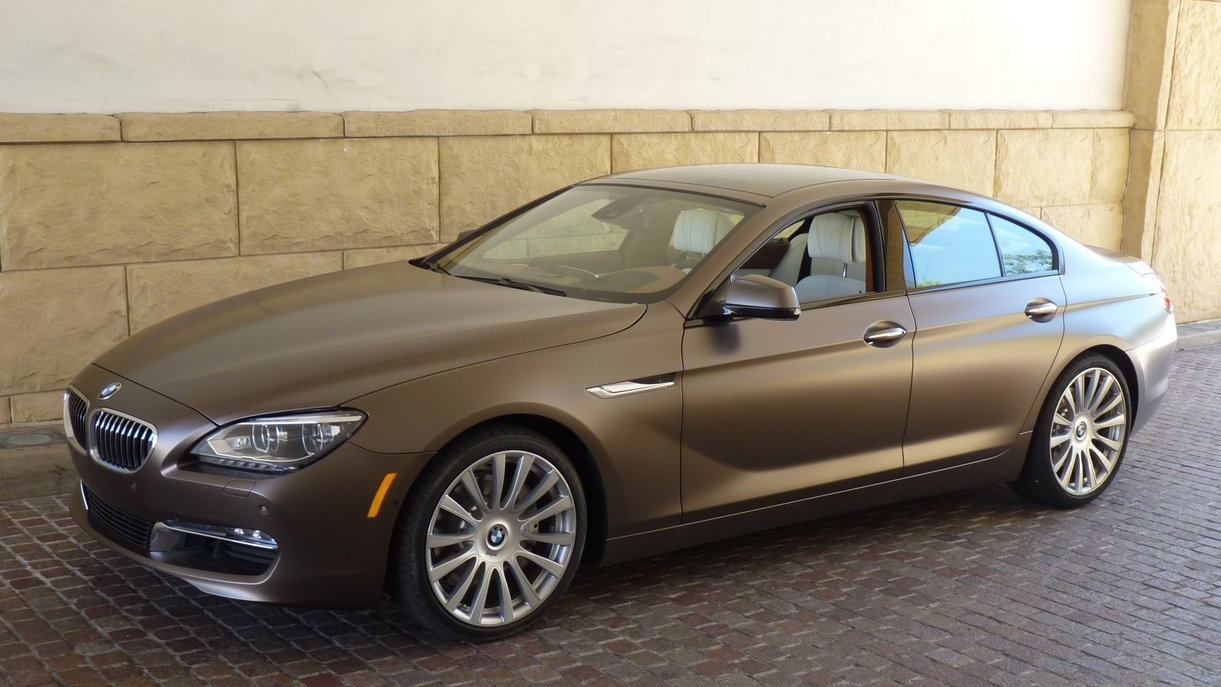 39
photos
This is not a good time for the indecisive. Just when you thought that BMW couldn't fragment the performance-luxury choices any more—with the X6 and the 5-Series Gran Turismo already appealing to the niche shoppers who are torn between pre-defined vehicle types like coupes, sedans, wagons, and SUVs—BMW is introducing yet another unusually packaged vehicle: the 2013 Gran Sport, which is depending on how you look at it, either a stretched-out version of the 6-Series Coupe or a sultry alternative to the 5-Series sedan.

This is already a well-populated field. There's the Porsche Panamera, the Aston Martin Rapide, the Mercedes-Benz CLS, and the Audi A7. They're all very fashionable, and they all—in some cases more than others—try to merge a coupe's roofline and proportions with a sedan's sensibilities.

What makes the Gran Coupe worth the long look over those other models? First off, it looks good in photos, but keep in mind that the photos don't even do it justice; this vehicle is drop-dead gorgeous in person. And dare we say that the Gran Coupe is a better-looking car than the 6-Series Coupe itself? Consider details like the Frozen Bronze semi-matte exterior and the extroverted white-and-brown interior of our test car—as well as frameless doors—and in this guise the Gran Coupe is a knockout.

But this eye-opening package bears some explanation. Compared to 6-Series Coupe and Convertible models, the Gran Coupe has a significantly longer wheelbase—4.4 inches longer—with most of that length going to back-seat legroom. And that, incidentally, adds up to the same wheelbase as the 5-Series—although again, officials caution that the Gran Coupe is no 5-Series with a curvier body.

Nearly everything from the dash forward to the front end of the car are the same in the Gran Coupe as in the 6-Series coupe. So too are the front seats, which are superb, and the sort that almost any size driver could be comfortable in all day, whether cruising on the Interstate or taking the mountain backroads as a shortcut. And the Gran Coupe's instrument panel layout, borrowed directly from the 6-Series Coupe, is one of the best in this competitive set, with its soft-touch surfaces, fine details, and center stack canted a few degrees toward the driver. You of course get a wide screen for iDrive, top and center.

Feels expansive—but not from the back seat

From outside the vehicle, too, you see all that sprawling legroom in back, but the impression is quickly annulled the moment you try to get into the back seat. BMW refers to the Gran Coupe's seating layout as '4+1'—meaning that there are two full-size outboard seats, with a middle position that's workable in a pinch—but to be fair, those outboard positions are hardly adult-sized. For those over six feet tall, even after you duck your head to get in, you'll likely not have enough headroom, leaving you to hunch forward uncomfortably. Trunk space is pretty small, too—definitely coupe caliber.

Key to that is a multi-mode system that customizes shifts, throttle response, steering, and suspension firmness, among many other elements. In the Gran Coupe you get four modes: Comfort, Comfort+, Sport, and Sport+), with the latter oriented toward the most aggressive driving. We tested all four, and think that most will be happy with Comfort+, which gives the Gran Sport a somewhat more urgent character while keeping a ride that's firm, yet quite pillowy.

A luxury car in character, with enough of a sporty side

One thing that we did notice was that if we kept the mode system in Comfort+, sudden bumps in the road or changes in road surface would smack loudly into the cabin—a surprise of sorts for the Dynamic Damper Control, which does allow a bit more body motion here in its Comfort and Comfort+ modes. Moving the settings to Sport or Sport+ seemed to alleviate those transitions. Body control is exactly what you want in this sort of large but not super-sharp rear-wheel-drive car: safe, with the option to neutralize the understeer just a little bit especially if you're running in Sport+ mode.

As for the feel of the steering in the Gran Coupe, our driving partner assessed it well in calling it 'loyal.' It loads and unloads in a satisfying way, whether you're moving slowly around town or hustling on backroads, and tracks on varied surfaces with a confident, almost prescient sensibility. We wished for a little more steering feedback—our common complaint in all BMWs with this new electric power steering system—but there's none of that artificial, video-game-like feel here either.

The 640i Gran Coupe reaches dealerships beginning this month and starts at $76,895. But later this summer a 650i Gran Coupe ($87,395) and an all-wheel-drive 650i xDrive ($90,395) Gran Coupe will also arrive. The options list is just as long as for the rest of the 6-Series lineup, with all sorts of sport and luxury appearance upgrades, available four-zone climate control, multi-contour active seats, upgraded Nappa leather, an M Sport Package, and a Driver Assistance Package (lane departure warning, active blind spot detection, multi-camera views, and a parking assistant) only a few of the possibilities. Adaptive LED headlamps, which we didn't get a chance to test, are standard.

Better thought of as a coupe+ than a sedan-

Considering the packaging, and the driving character, this is the sort of uber-stylish car that would work very well for empty-nester parents, or maybe grandparents, who want the look and feel of a grand-touring coupe and seldom if ever need to carry an adult in the back seat—yet want it there for convenience.

If you need a good daily driver and need to carry adults passengers in back, we'd get the 540i sedan instead without hesitation, because its easier entry and exit and added headroom make a difference in usability. But expanding your possibilities, the Porsche Panamera's humpback look does allow taller passengers in the backseat, in comfort—and the A7 isn't so bad back there, either.

All that said, we doubt practicality will be at the tops of the minds of most Gran Coupe shoppers--or that there will be much indecision about whether or not to add a Gran Coupe to the garage. As for a Coupe, first impressions—and beauty—count. And unlike some of these niche models, there's no doubt the Gran Coupe has it.