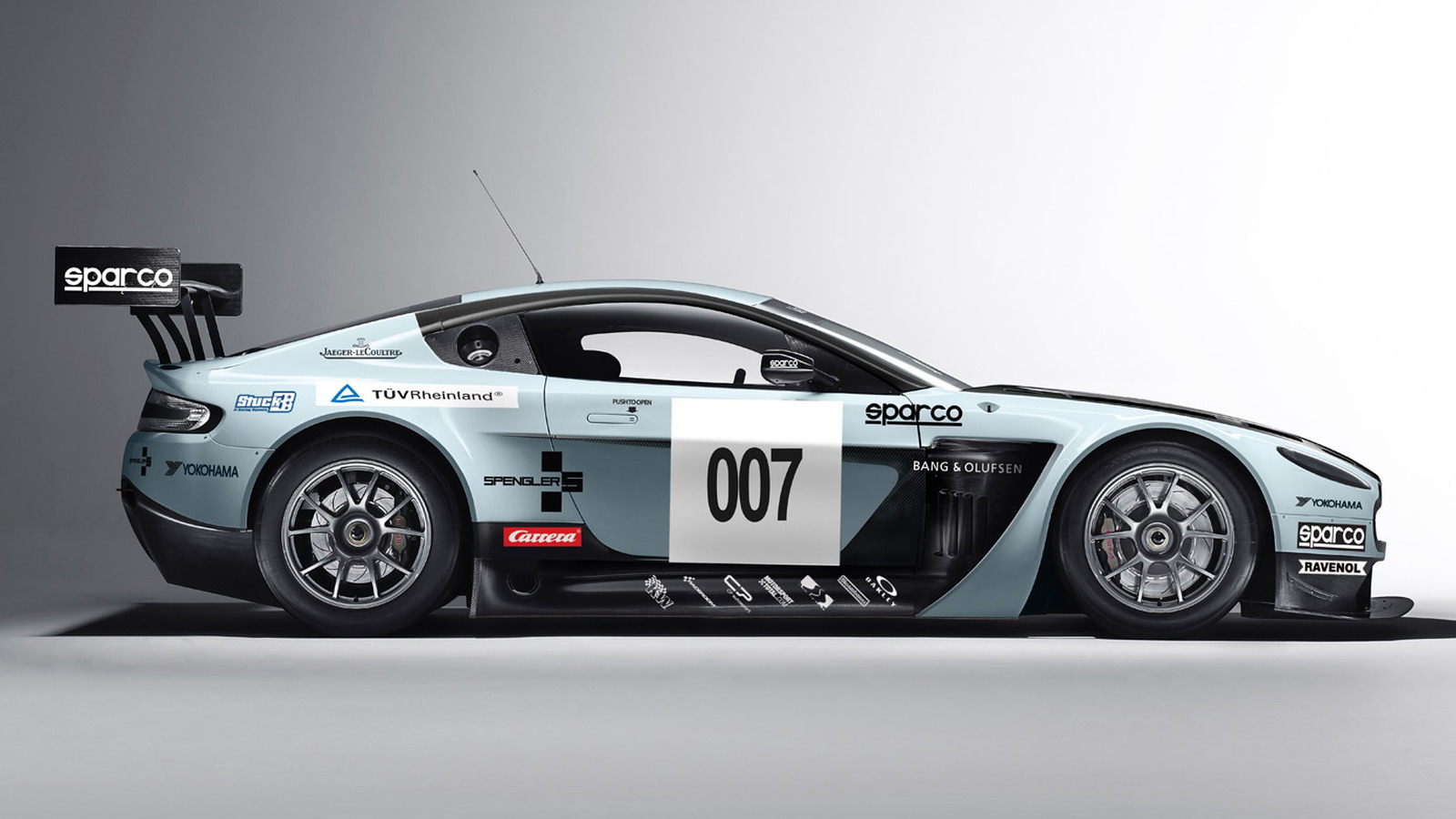 5
photos
For its seventh successive year, Aston Martin will be competing at the grueling Nürburgring 24 Hours endurance race which is taking place this weekend.

There will be four factory-backed cars, two of which will be high-performance V12 Vantage GT3 racers.

Designed to FIA regulations, the Vantage GT3 is built around the Vantage’s aluminum VH architecture with a lightweight dry-sumped 6.0-liter V-12 engine, just like in the production car. However, for the racing version the engine is positioned even further back to optimize weight balance.

The pair of V12 Vantage GT3s will be run in association with long-standing official partner team, Young Driver AMR.

The fourth official entry will be a V8 Vantage run by Aston Martin’s Nürburgring Test Center team and driven by Jurgen Stumpf, Australians Mal Rose and Rob Thomson, and Peter Cate. Aston Martin will be represented by four further customer outfits, including Team Mathol Racing, winners of the SP10 class for GT4 cars in 2010.

Ahead of the race, Bez said: “Our 100 per cent finishing record in thirteen starts in one of the world’s toughest endurance races is remarkable; truly a testament to the reliability of our cars and the efforts of our people. In the past six years we have deliberately focused on racing close-to-production cars, achieving seven class podiums and three class wins. For 2012, I am delighted to be returning again to drive our V12 Zagato with my engineering team, but also to have such an exciting step up with the V12 Vantage GT3s.”