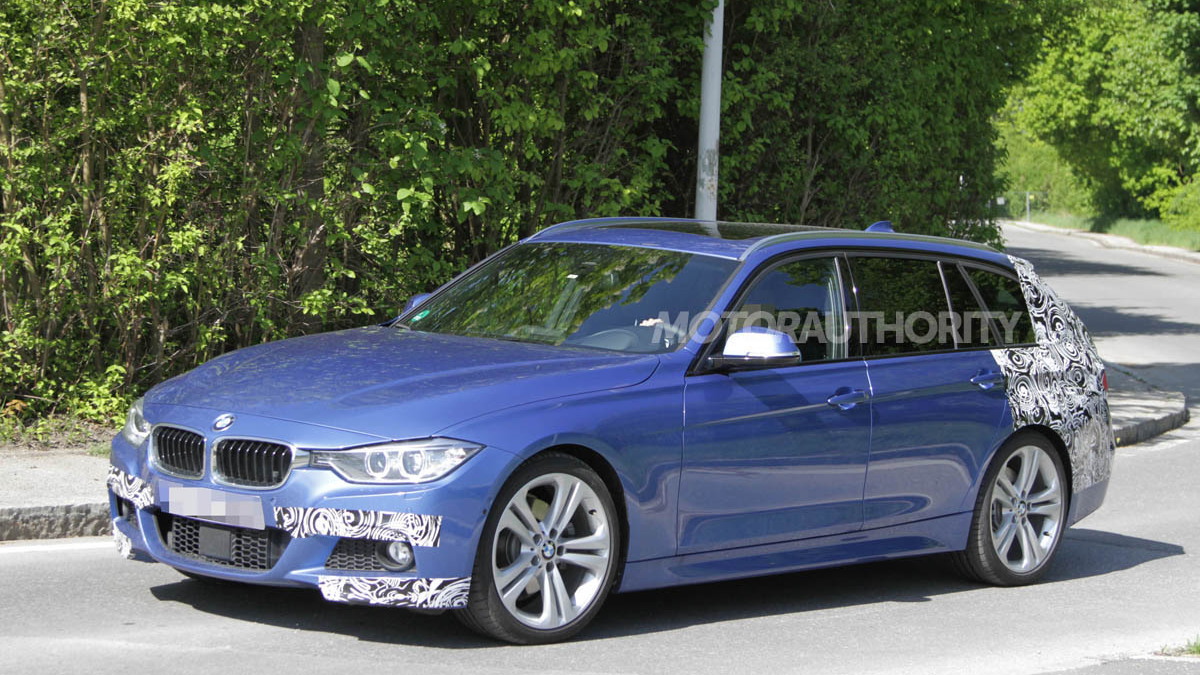 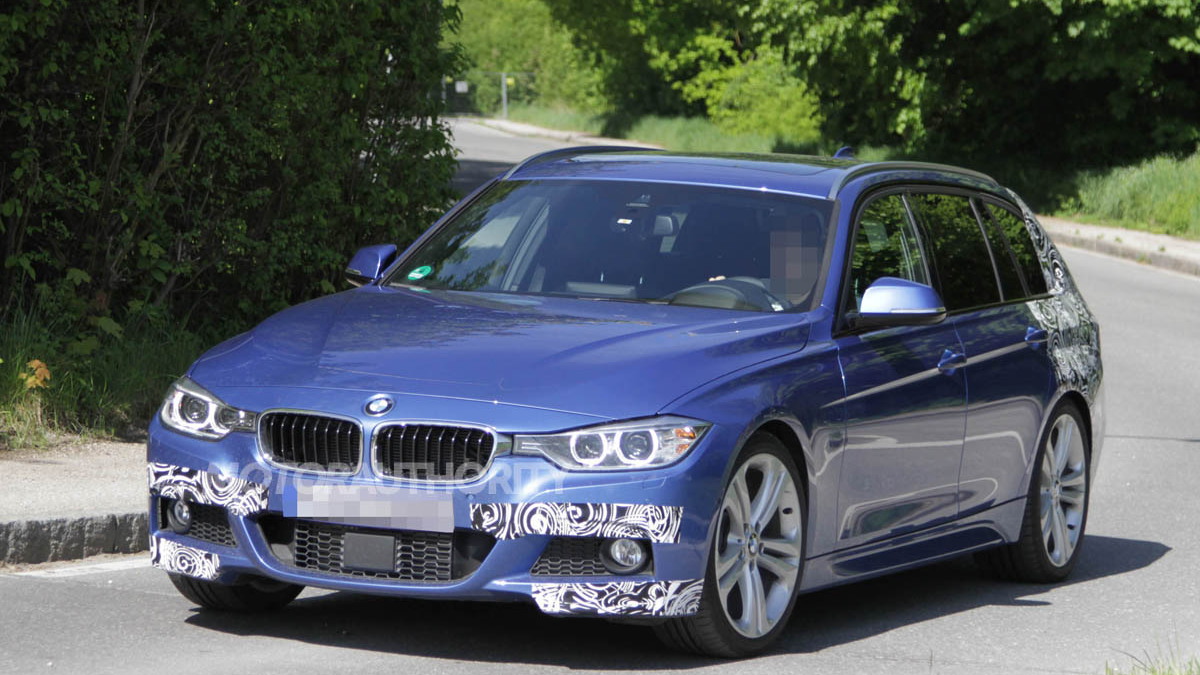 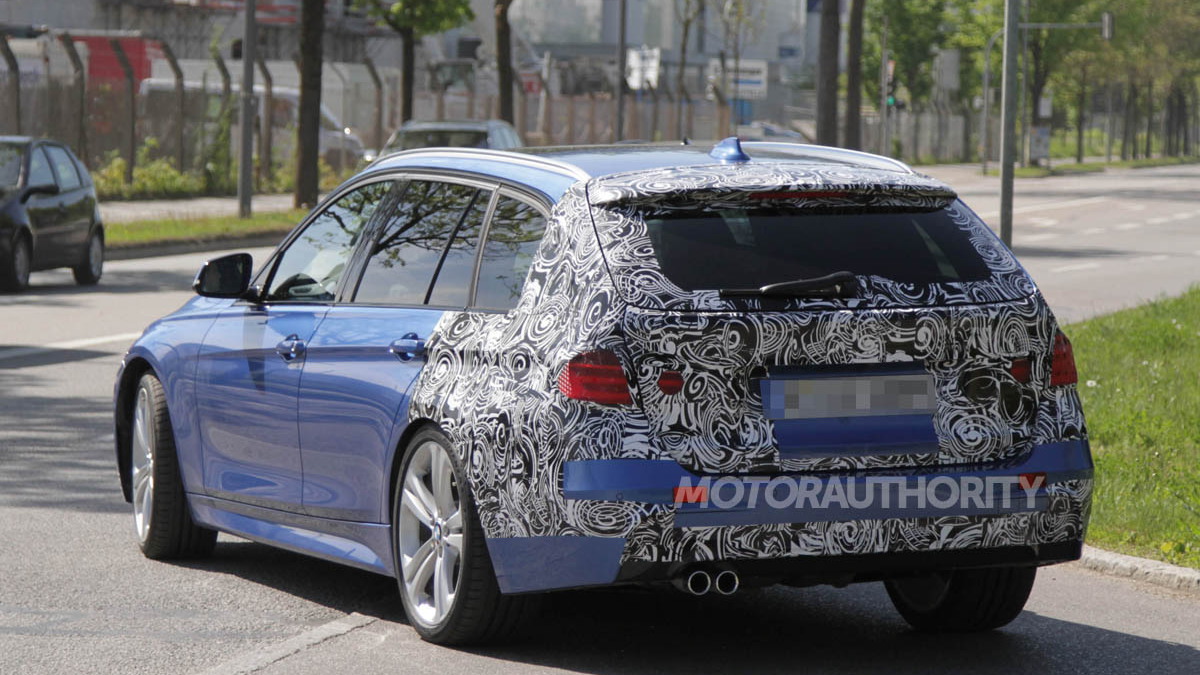 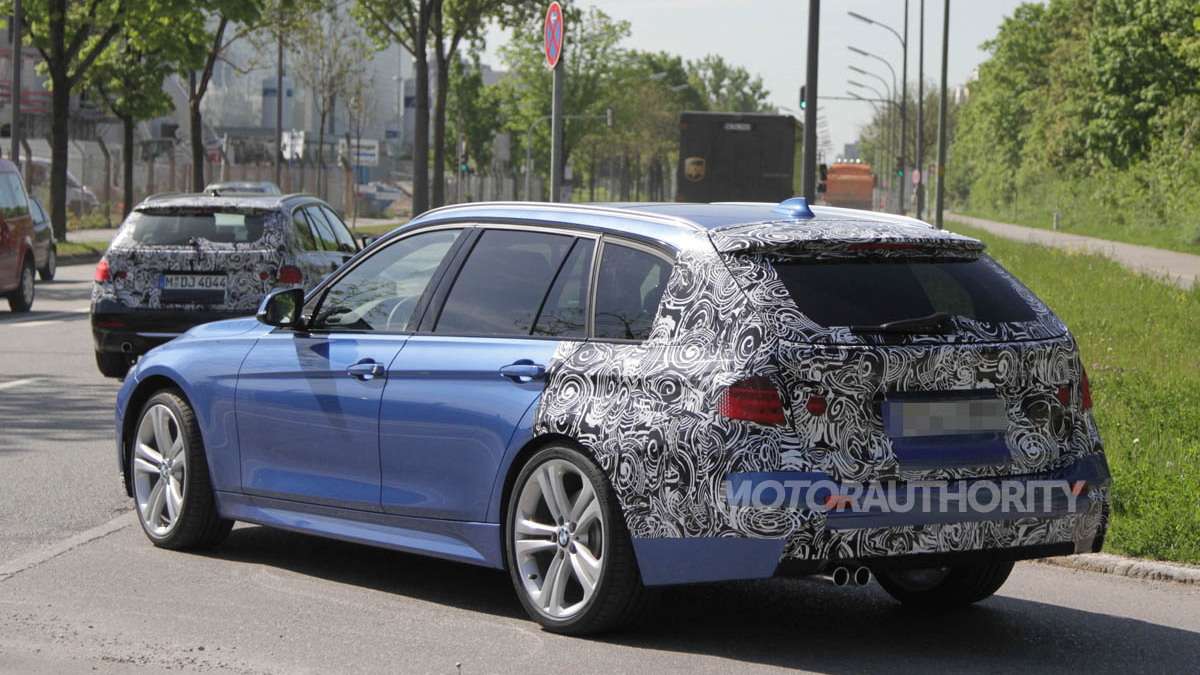 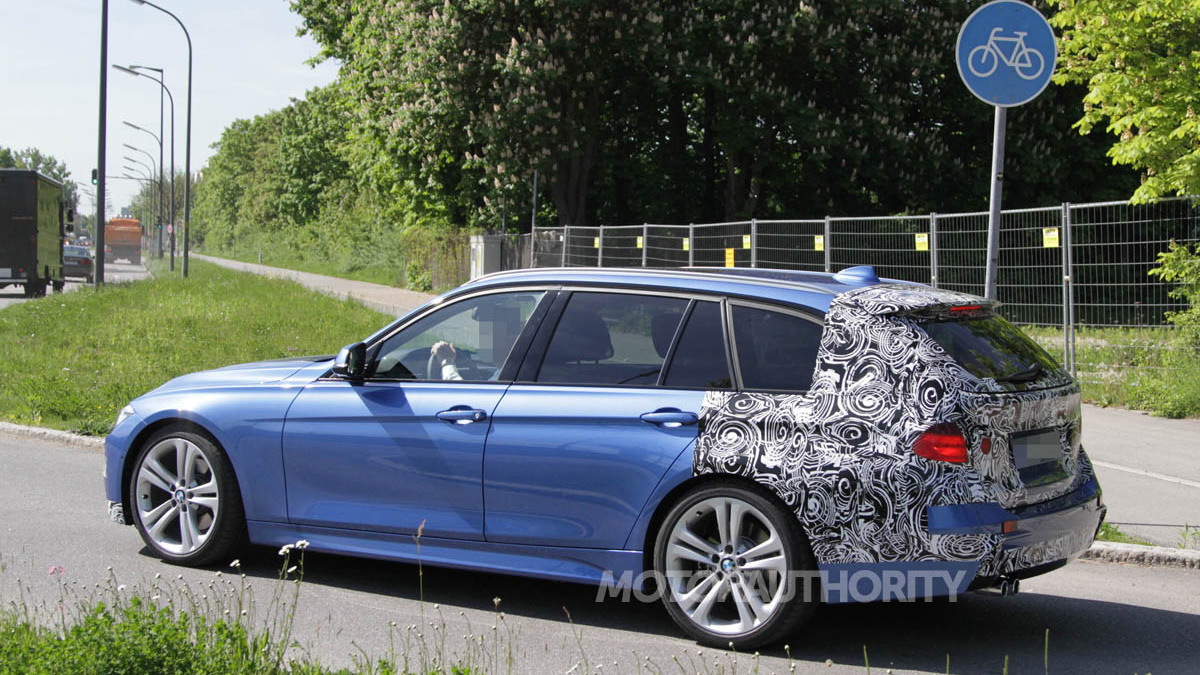 9
photos
The new BMW 3-Series sedan has been a known quantity for months now. But its wagon-shaped Touring (or Sports Wagon here in the U.S.) counterpart hasn't, beyond spy shots and spy videos, and certainly not in M Sport Package configuration. Now, things are a bit clearer.

Not that we didn't already have a good idea of what to expect. With the new 3-Series' basic body shape, the extended roof and liftgate of a wagon, and now, M Sport package accents, it's a predictable design--but still interesting for wagon fans. The M Sport package adds a definite dose of aggression to the look, with more sculpted bumpers and side skirts, larger air inlets, and, though not yet spied, likely interior M-themed upgrades as well. It also appears to be nearly identical to the M Sport packaged launched with the 2012 3-Series sedan.

It's worth noting that the M Sport upgrades appear to be different from the M Performance range unveiled for the 1-, 3-, and 5-Series earlier this year, potentially offering buyers an intermediary step between the M Division-styled upgrades and a standard 3-Series.

The 3-Series Touring/Sports Wagon is certain to share its powertrain with the rest of the 3-Series lineup, including, here in the U.S. (if it comes to the U.S.), the 328i-badged 2.0-liter turbocharged four-cylinder rated at 240 horsepower, and the 300-horsepower 3.0-liter turbo inline-six of the 335i. While the sedan is available with a manual transmission, the wagon may stick with automatic-only configuration.

Inside, expect more of the same BMW 3-Series design and equipment options as you'll find on the new 3-Series sedan.

Now for the downer: the 3-Series Touring/Sport Wagon may not come to the U.S. at all. Instead, we may get the 3-Series Gran Turismo, much in the way we lost the 5-Series wagon and gained the 5-Serits GT.