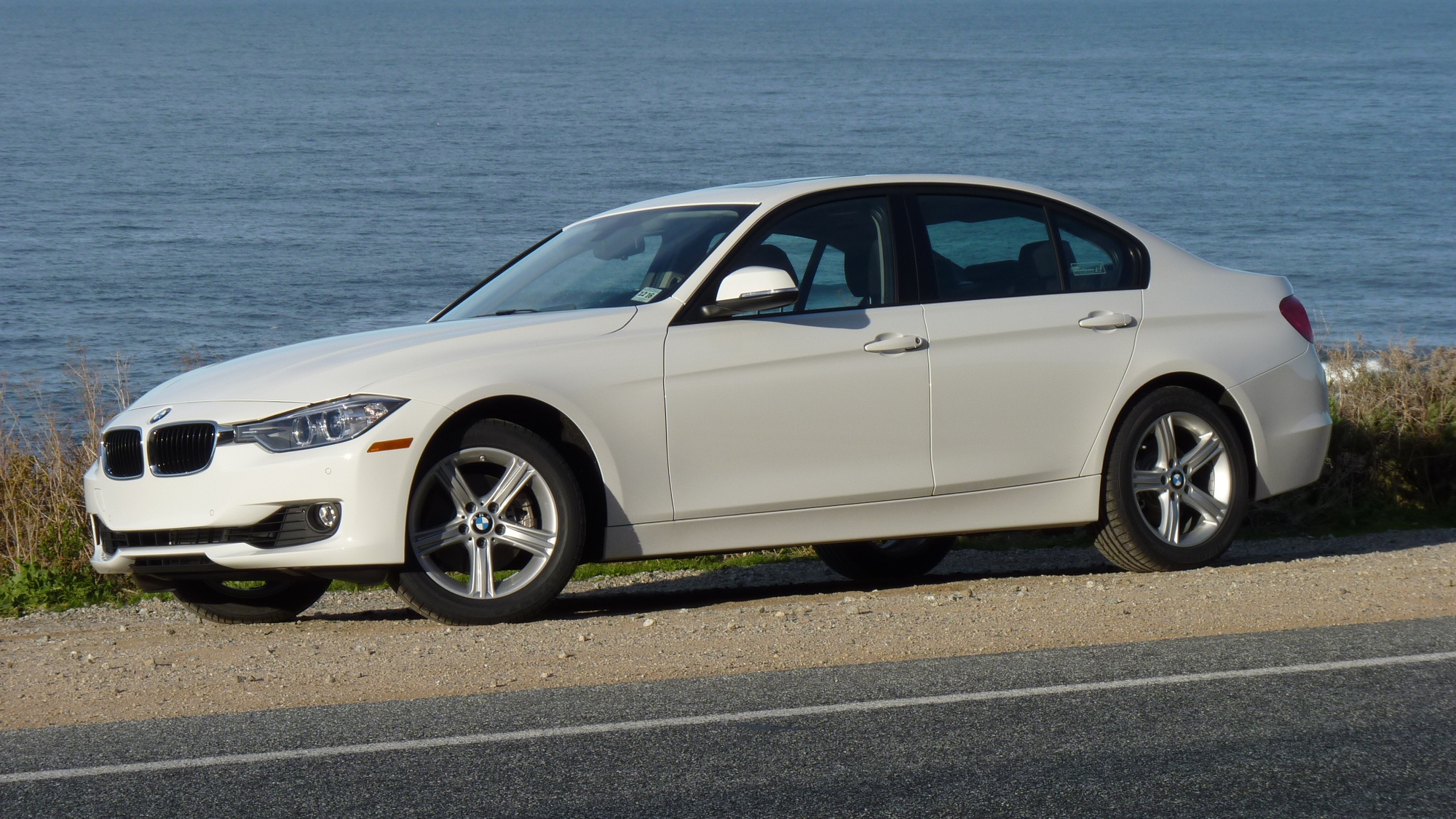 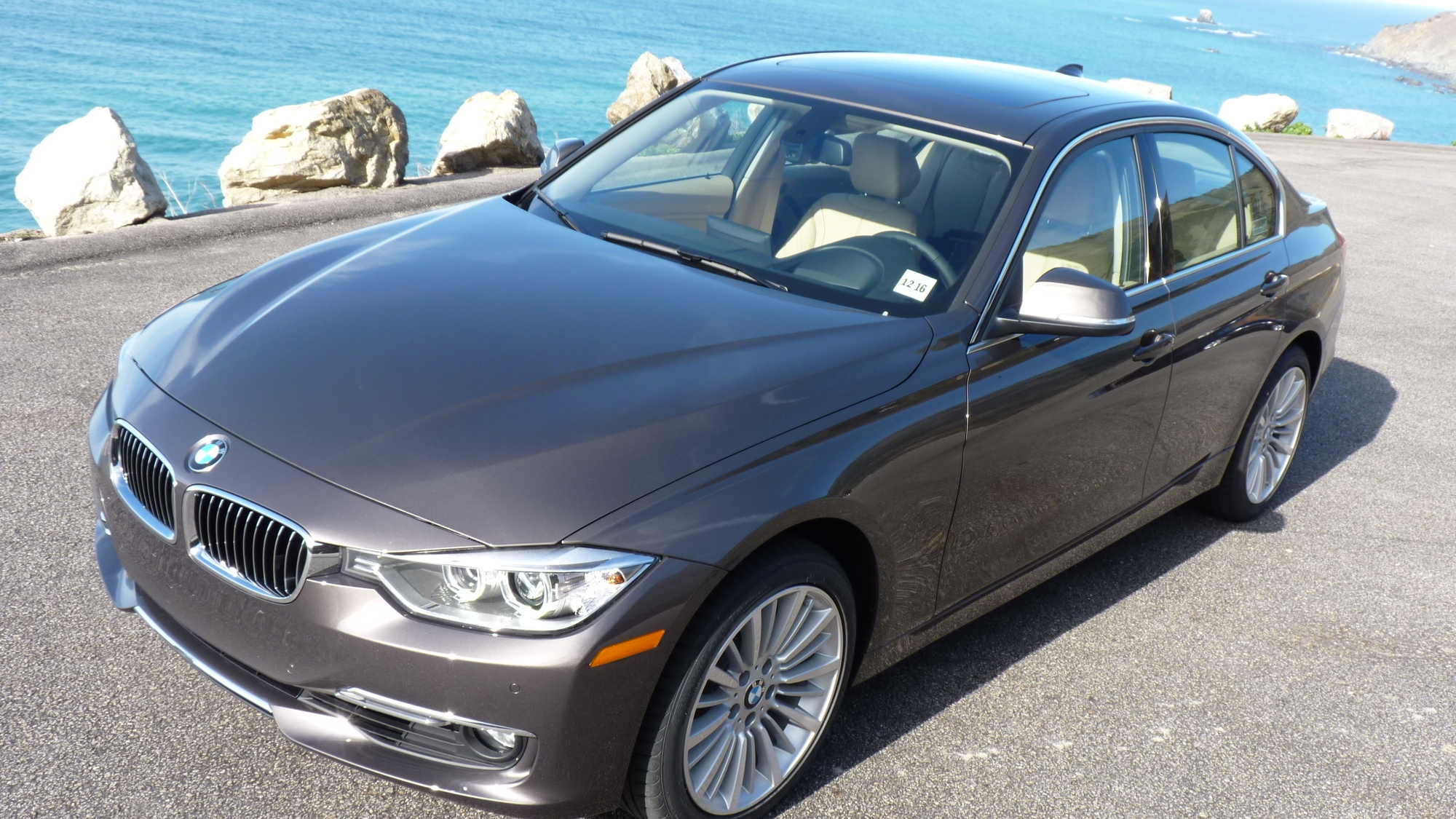 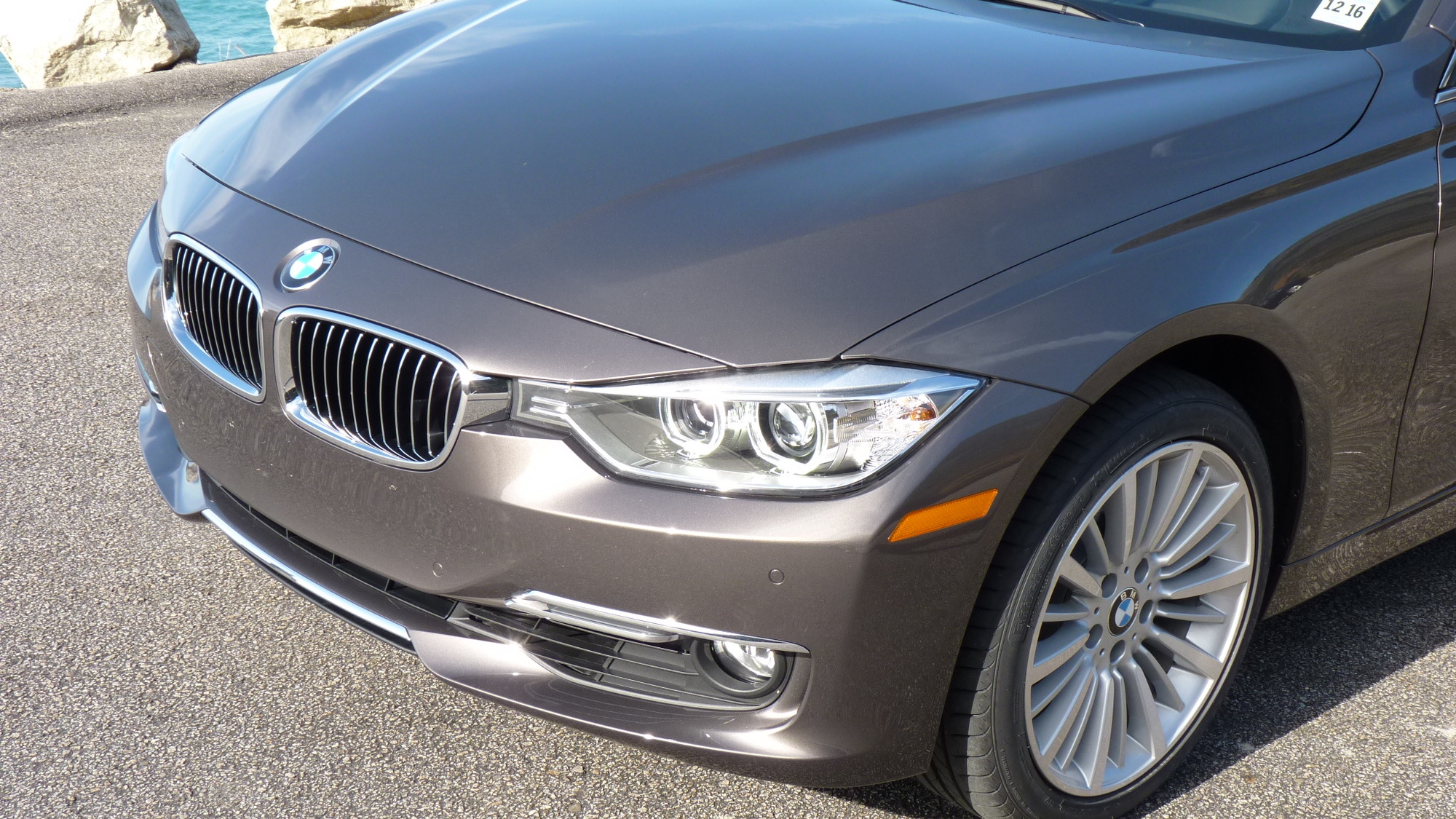 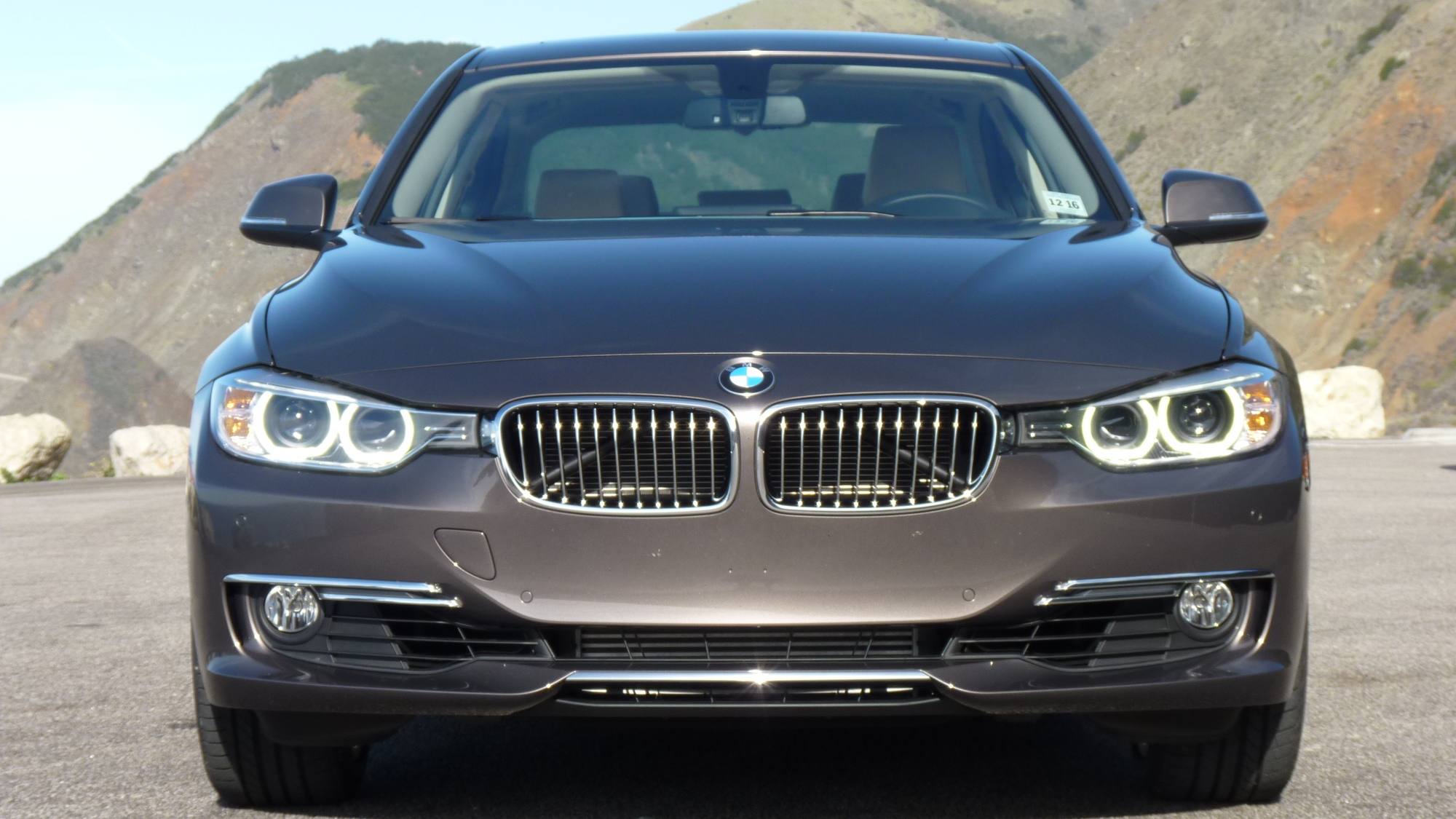 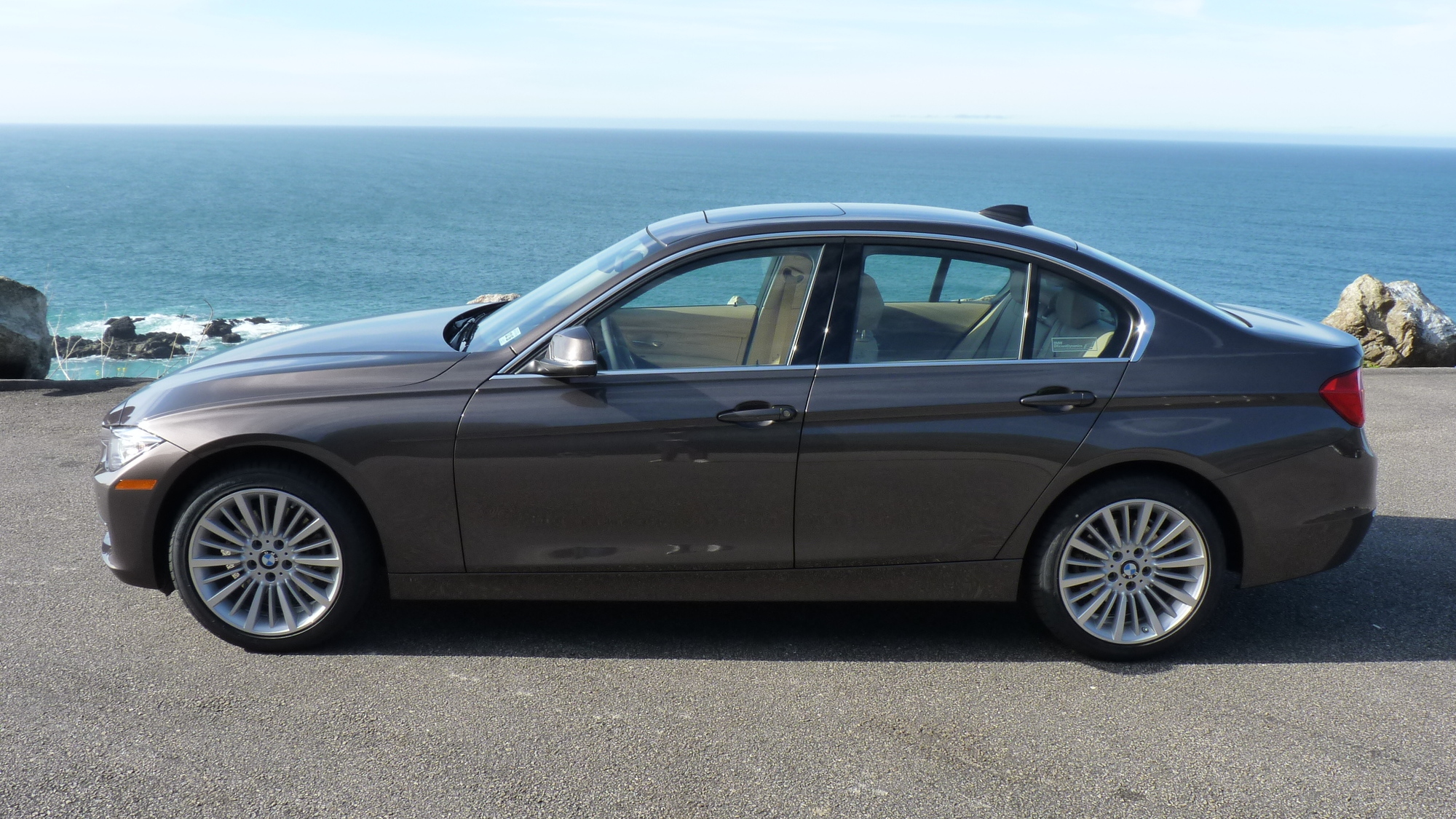 33
photos
BMW has given the 3-Series its most radical set of changes in many years, and because we—and sport-sedan owners and enthusiasts in general—so often use the 3-Series as a benchmark, maybe even the archetype for sport sedans, it’s time to take note.

Which is what we did this past week; while we got a taste a few months back, with a preview drive of the 3-Series, we’ve just returned from driving the new 3-Series models for the first time on U.S. highways, and on California’s Mazda Raceway Laguna Seca, where we put the new model through a battery of hot laps.

The new 2012 sedan models (for now, Coupes and Convertibles carry over unchanged in their current E90 form) are a few inches larger, and more loaded with tech features than ever. And with a base turbocharged four-cylinder in the 328i, a complete set of electrified accessories (yes, electric power steering), and Auto Stop-Start included through the lineup, it’s gone for the eco gold, with EPA highway ratings of up to 36 mpg.

328i gets faster, by going four-cylinder

The 2.0-liter turbocharged, direct-injection four-cylinder (N20) engine in the 328i is a sweetheart, and our slight trepidation about driving the four-cylinder 3-Series quickly faded after just a few minutes. With 240 horsepower on tap and its peak 260 pound-feet of torque available at just 1,250 rpm, it’s far more torquey AND flexible than the naturally aspirated six in last year’s base 3-Series. About the only thing that’s not delightful is the sound; with the four, you tend to hear the clatter of direct injection a bit more, in gentle driving, and the six’s toneful song has been replaced by a note that’s coarser and raspier.

All 2012 3-Series offer a choice between a six-speed manual or new eight-speed automatic; the automatic has super-quick yet well-damped shifts (and proper steering-wheel paddle-shifters in Sport models), resulting in an uninterrupted stream of torque that we ended up loving out on the track. Call us old fashioned, but we preferred the manual and its clean, precise shift action and clutch takeup.

We logged nearly 150 miles on the road, and spent most of that time with a couple of 328i models, seeing averages in the 27-29 mpg range in each—much better than with last year’s six. And that was with very little use of the Auto Start-Stop feature that’s now standard equipment on all 3-Series models. Once the engine reaches a particular operating temperature, the system stops the engine at virtually every stoplight, restarting it the moment you lift off the brake. But we noted that there was much more of a shudder with four-cylinder models than in the 335i. You can disable it with a button next to the ignition button, but unfortunately you have to hit it with every start.

Steering has gone electric, but it’s nothing to worry about here. Although the 3-Series steering doesn’t give you the kind of information about the road surface that you get from the G37 (the last generation didn’t either, really), it’s still one of the best-weighted, most precise-feeling systems available. There’s also an adaptive variable option that should prove useful in both tight city spaces and out at the track.

Out on the track, the 3-Series feels lean, and its dynamic goodness is very much intact. It still has a near-perfect weight distribution, which means that its second nature to give the tail a little help around with your right foot, then manageably tuck it back in coming out. Sport+ mode actually allows that much, though you can turn all the electronics off for added fun, or to take advantage of techniques like trail-braking. All the while, the suspension loads and unloads with a finesse and lack of harshness that you won’t find in most other sport sedans.

Yet, some of the same familiar tradeoffs of sport sedans return here in the new 3-Series. While it might be almost mid-sized, at 182 inches long, it still doesn’t feel nearly as roomy as you might expect in the back seat—especially if you’re moving over from a front-drive sedan. And over coarse surfaces, we also felt plenty of road noise at times. Finally, mind those interior combinations; with the new 3-Series offered in base, Luxury, Modern, and Sport configurations, each with their own trims and options, there are some that bring out a cluttered, busy look. We ended up preferring the blacked-out look and cleaner themes of the Sport line.

The 2012 BMW 328i starts at $35,795—just $300 more than last year—but with a lot more standard equipment. Bluetooth and a USB port are now standard on all models, but an iPhone holder is $250. Also, you’re going to need an iPhone in order to take advantage of BMW Apps and its Pandora and MOG streaming-music integration.

Lots and lots of tech

While it’s cool to see the head-up display (HUD), a host of active-safety features, and an enhanced 8.8-inch display and better nav system trickle down into the 3-Series from the 5er, we can see some of the options, like the Parking Assistant, sending some BMW fans into twitchy shrugs. Those will be the sport-sedan traditionalists, but we’re sure based on our first sample here that the 3-Series will win some new friends.

And yes, surprisingly, we can actually see some die-hard, repeat BMW owners going for the four-cylinder 328i. It’s a joy to drive.

And that’s just a quick hit of our thoughts and observations. For the complete take—including separate pages on styling, performance, comfort/quality, safety, features, and even the 3-Series’ green worth—see our full review of the 2012 BMW 3-Series over at The Car Connection.