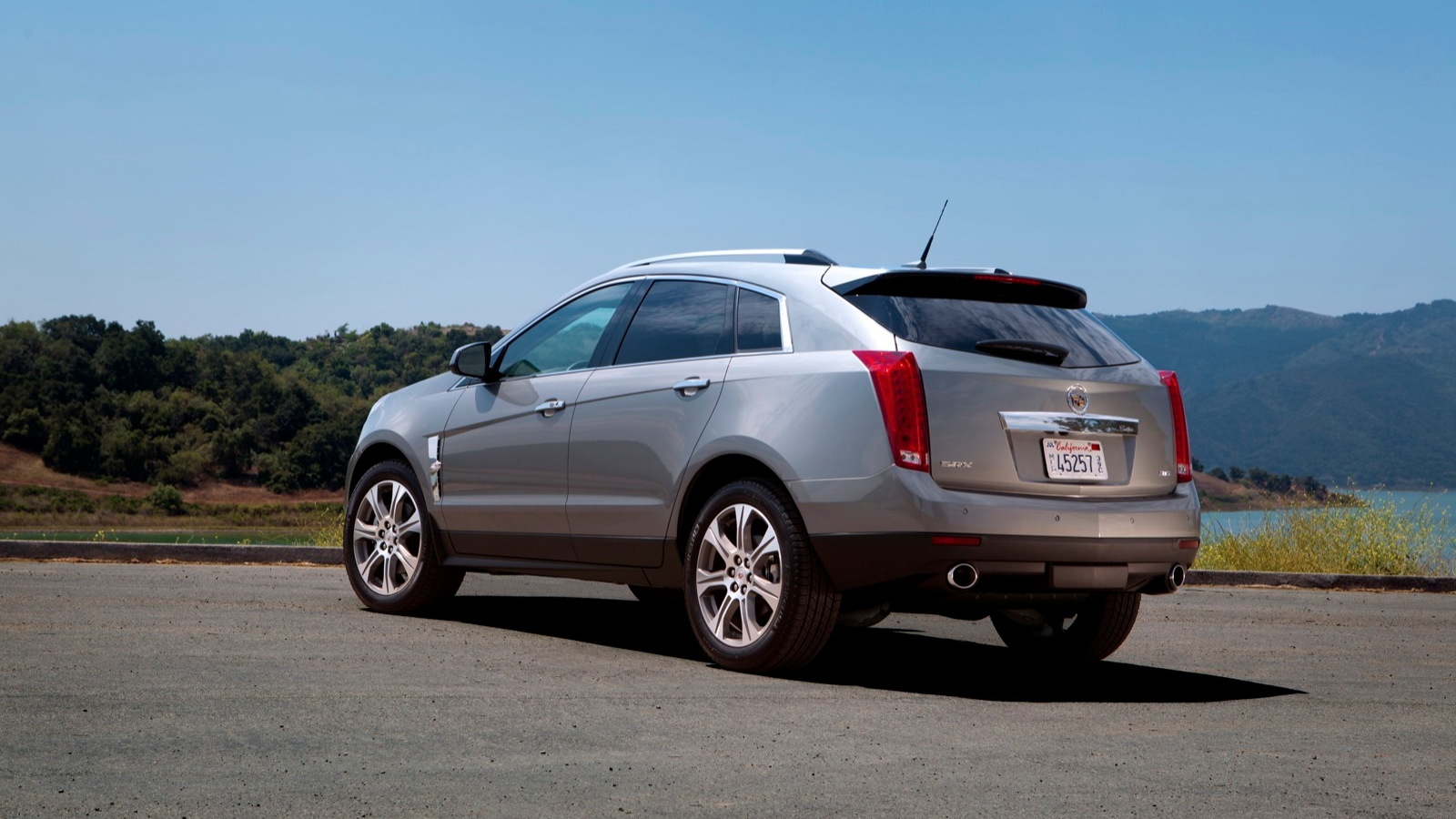 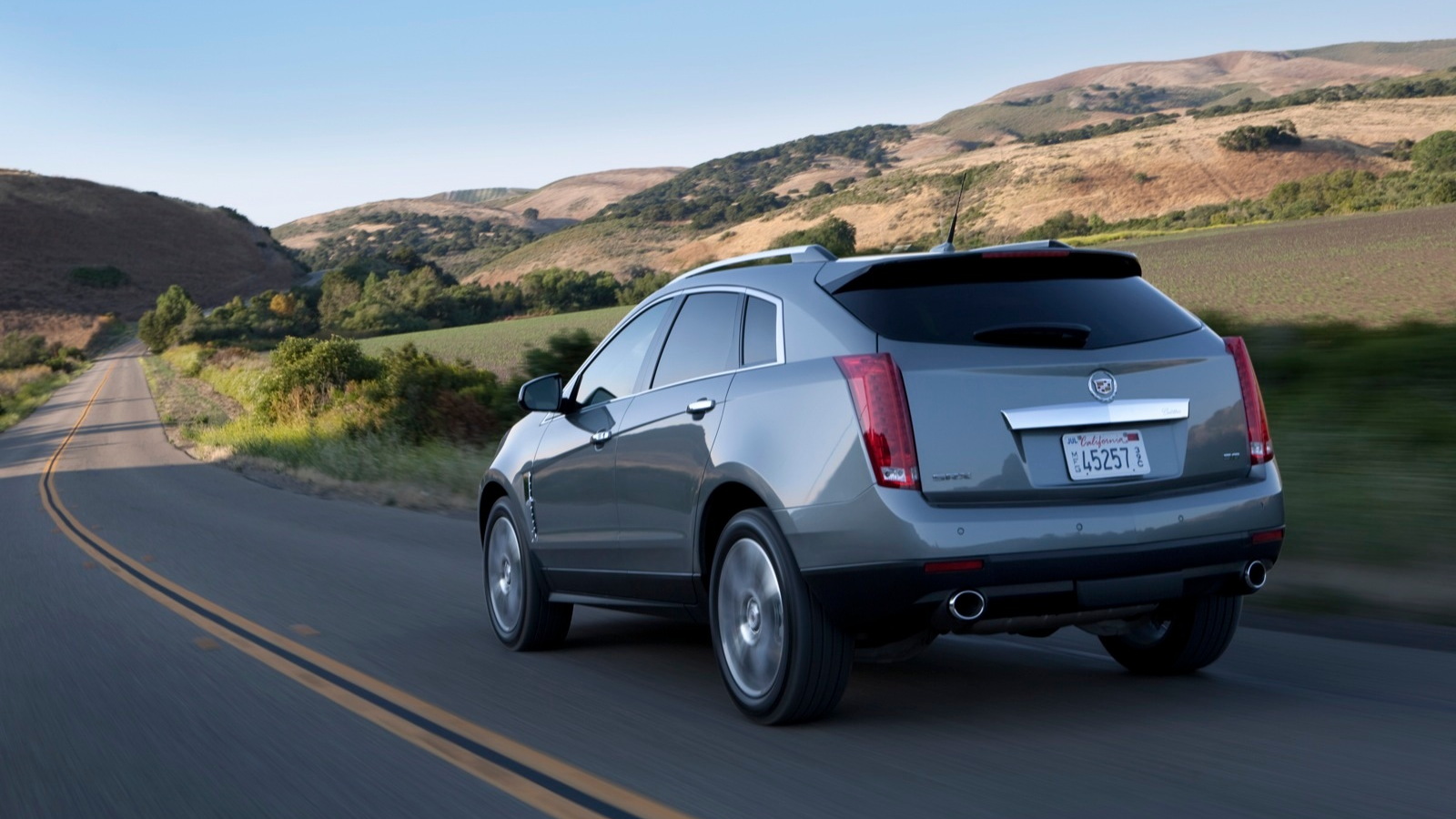 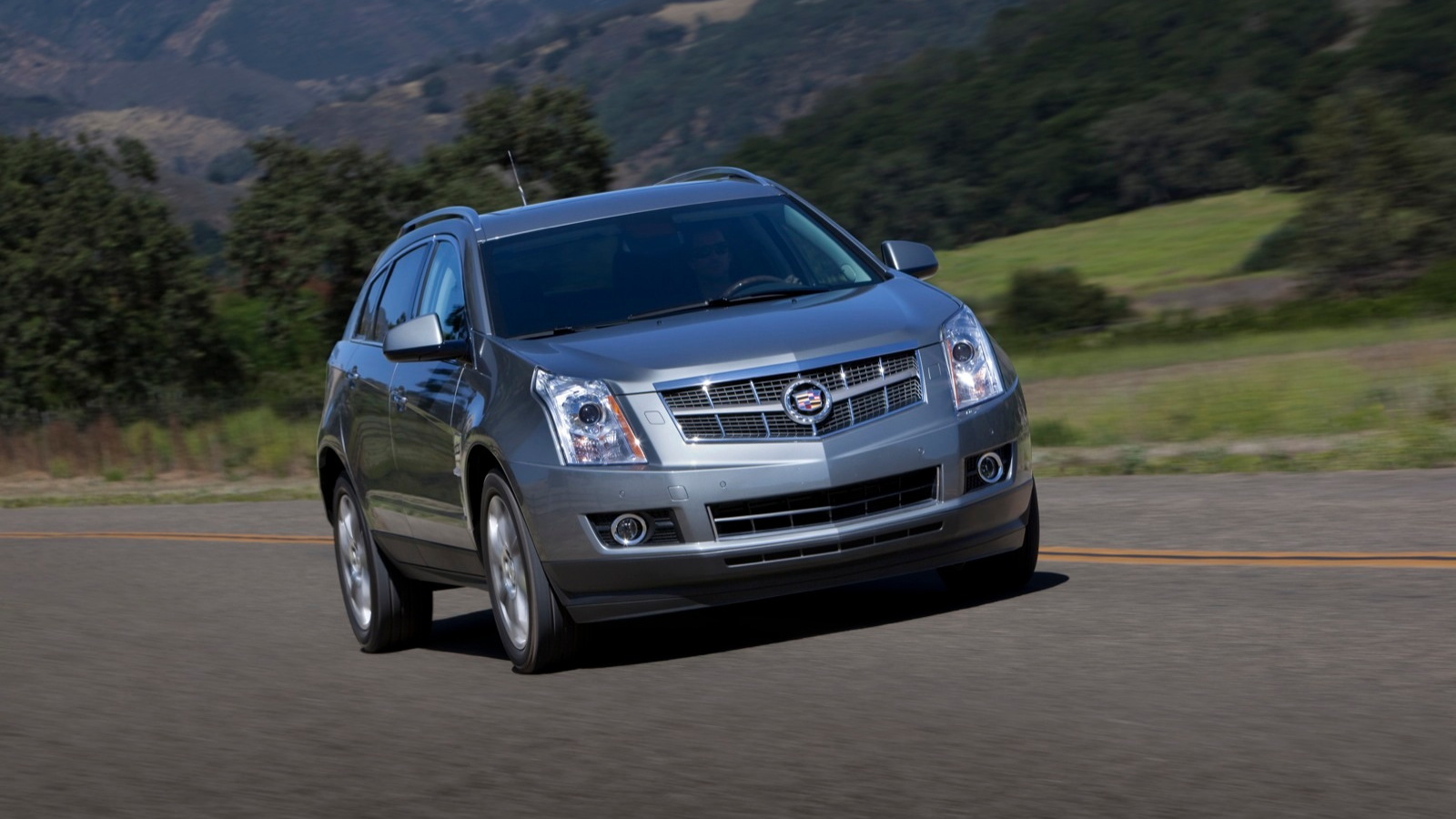 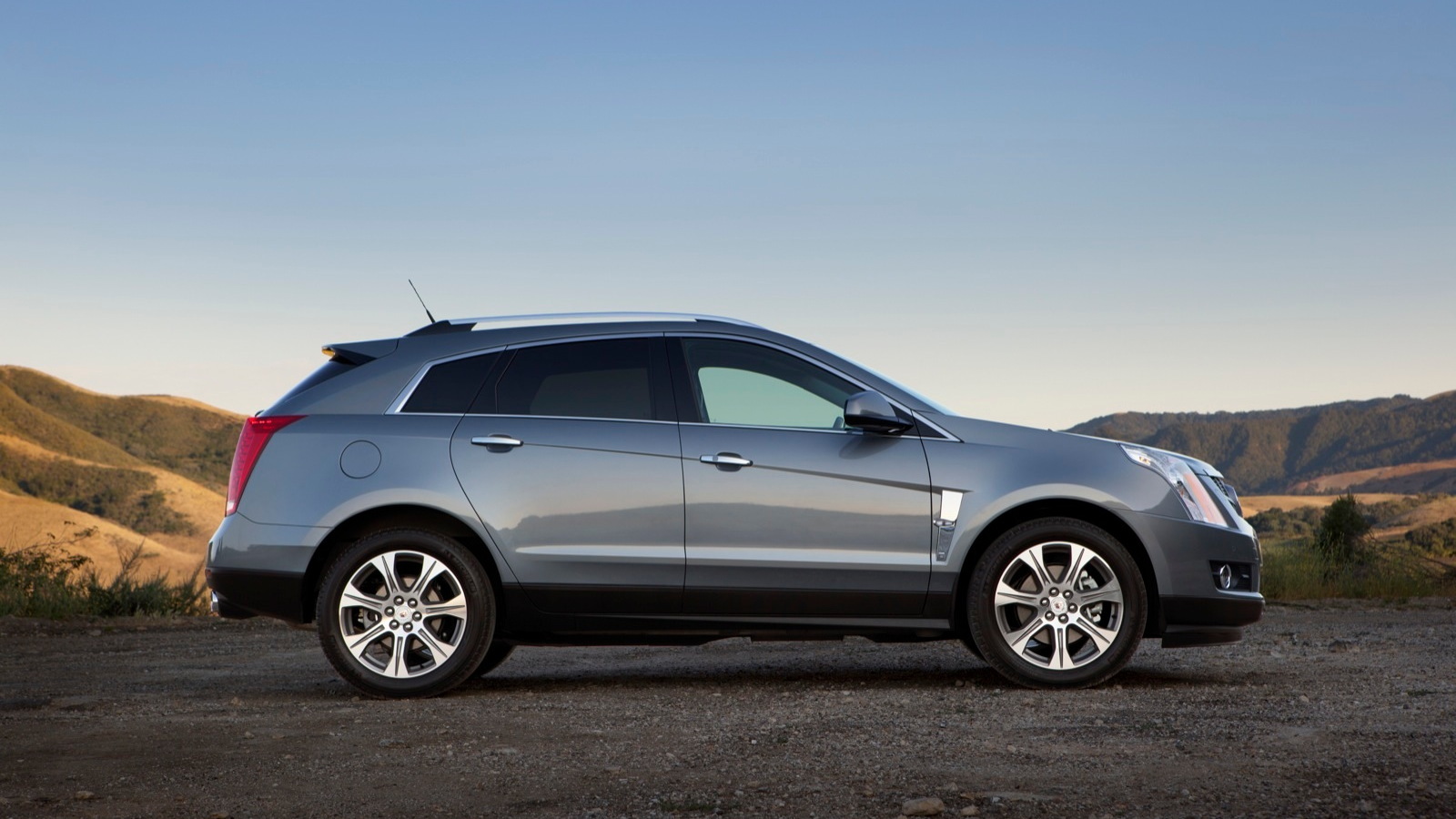 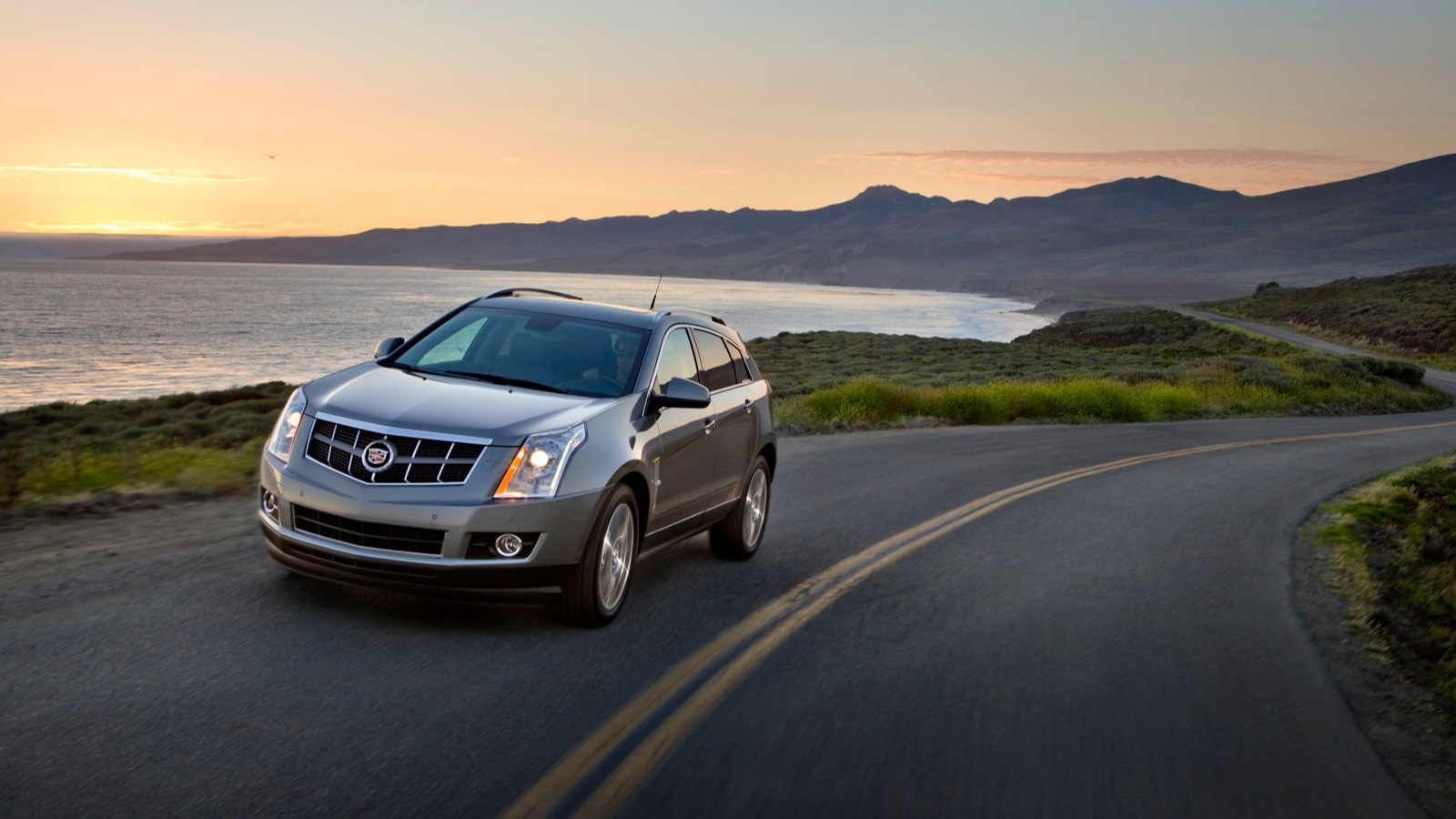 18
photos
The 2012 Cadillac SRX seems at least in one respect to be going against the grain. As a number of luxury vehicles have had engines downsized—and even the BMW 5-Series is going four-cylinder, for instance—Cadillac has instead swapped a larger engine, with slightly lower gas mileage, into its SRX crossover.

It’s easy to rush to conclusions, but the truth is that the current SRX fits in much more clearly with the luxury-crossover mainstream. And, having just driven the new SRX 3.6, it makes a lot more sense than either of the previous powertrains. Overall, the SRX is neither a particularly rewarding vehicle to drive, nor as a particularly space-efficient or fuel-efficient one, but its strength is as a vehicle with a lot of style and feel-good luxury comforts, and a distinct cabin ambience that’s more distinguished than other luxury crossovers in this price range.

And besides, the SRX really needed some more muscle. In our review of the 2011 SRX, we called it merely adequate with the 3.0-liter, and sluggish with the added weight of all-wheel drive. The former engine made a respectable 265 horsepower, but it seldom felt that, as its torque was higher up the rev band than you’d like in this kind of vehicle. In place, the 308-horsepower, 3.6-liter V-6 hits its 265 pound-foot torque plateau at just 2,400 rpm, so what you get is an engine that, at least in theory should be more relaxed.

For those who drove the previous SRX and thought it too sluggish—but didn’t want the expensive turbo model—the SRX 3.6 hits the right spot. Its powertrain feels more relaxed—and it can move the SRX to 60 mph in just over seven seconds. The new engine settles to an almost imperceptible purr at idle, while it revs with a silky tenor, and none of the intake gurgle and whoosh of GM V-6s of the not-so-distant past.

That 2.8-liter turbocharged V-6 that was the stronger choice last year, is gone, too—but no big loss. In a drive of this engine in the closely related Saab 9-4X last year we found that choice to be last year we found it to be torquey and quick off the line, but surprisingly slow (and delayed) in on-off throttle conditions. The 3.6-liter simply feels brawnier than that engine once it’s revving—and the turbo was even thirstier.

All that said, at least initially it feels nowhere near as sprightly as the V-6s in the Acura MDX, the Lincoln MKX. or even the Lexus RX 350, but that’s because its throttle is calibrated quite conservatively (and we like that). And because of the SRX’s heft (nearly 4,500 pounds), rather tall gearing that keeps revs around the 2,000-rpm mark at 70 mph, and the lack of serious low-end grunt, you’ll notice the transmission downshifting frequently for even mild grades and gradual overtaking.

As it is, the SRX seems to have two personalities; keep your right foot light and the transmission lugs along in the higher gears, not wasting any revs. Dip into more throttle and you’ll summon up a different personality, with the transmission letting the engine rev into its upper ranges and snapping off quicker shifts. There’s not much of a transition between these two modes, so fast-moving Detroit freeway traffic we found ourselves going back and forth a bit between lugging along, then easing up to speed with more gusto than intended.

Still a lot of weight to shift around

Overall, the powertrain’s a winner, but we still don’t think the current SRX is one of the better-driving models in its class, let alone one of the better-driving Cadillacs. A number of crossovers feel surprisingly low and lean when you actually push them hard into a corner, but the SRX is somewhat the opposite; it feels even heavier than you’d expect, and it’s a bit disconcerting in that its center of mass feels higher, even if it isn’t. One thing we also couldn’t warm up to were the brakes, which like some recent GM models we’ve recently driven (Sonic, Cruze, Verano) are spongier than we’d like; factor in the excessive weight and some perceptible nosedive, and our first few stops with the SRX were hardly reassuring.

The interior remains warm and welcoming, however. The interior design feels like a more upright extension of the CTS (sedan, wagon, coupe) family, with great detailing throughout. Just as in other Cadillac vehicles, we like the navigation system, its display, and its wide range of configurability (with or without a split screen) and points of interest. The nav display, which can rise to expose the whole screen, or retract to a partial position for audio display with the push of a button, is still one of the best luxury-vehicle setups.

The SRX, like the Chevrolet Equinox on which it’s based (GM notes that it’s extensively bolstered, padded, and reengineered), lands at the small end of mid-size, a bit larger than the Audi Q5 or BMW X3, and about the same size as the Lexus RX350 or Acura MDX.

Premium ambiance in most respects

In damp, chilly weather, we especially appreciated the heated steering wheel, as well as the quick-and-toasty heated seats. And speaking of the front seats, they’re great for this tall driver, with extendable thigh cushions, even back support, and actually a little bit of side bolstering. Backseat space remains a little disappointing—it’s not especially comfortable for adults, mainly because the lower cushions are rather hard, and it’s not as well contoured as some other back seats in this class.

The Bluetooth system worked well paired with an iPhone for hands-free chatting, but it didn’t seem up-to-date in all the protocols; when a passenger went to it—for Yelp food recommendations, for instance—the sound system would mute, even though there was no effort to stream or play music.

Compared to last year’s 3.0-liter model, the SRX drops a mile per gallon in the city and remains the same on the highway, at 16/23. Over about 350 miles of moderate, with-the-flow style driving, mostly on suburban expressways and boulevards, we managed an average of just below 19 mpg—about the same as we’d seen with previous 3.0-liter versions.

In all, the SRX has become one of the top-selling luxury crossovers; we agree there’s a lot to love inside, and we think the new powertrain will only broaden its appeal. We’d still much rather have a CTS Wagon, but apparently thousands of shoppers would call us crazy.

If only it could drive lighter—and be lighter—the SRX would be the sort of platform we could also fully endorse for driving purists as well as those who just want a luxurious, well-appointed, and uniquely American luxury crossover. For now, it’s just the latter.