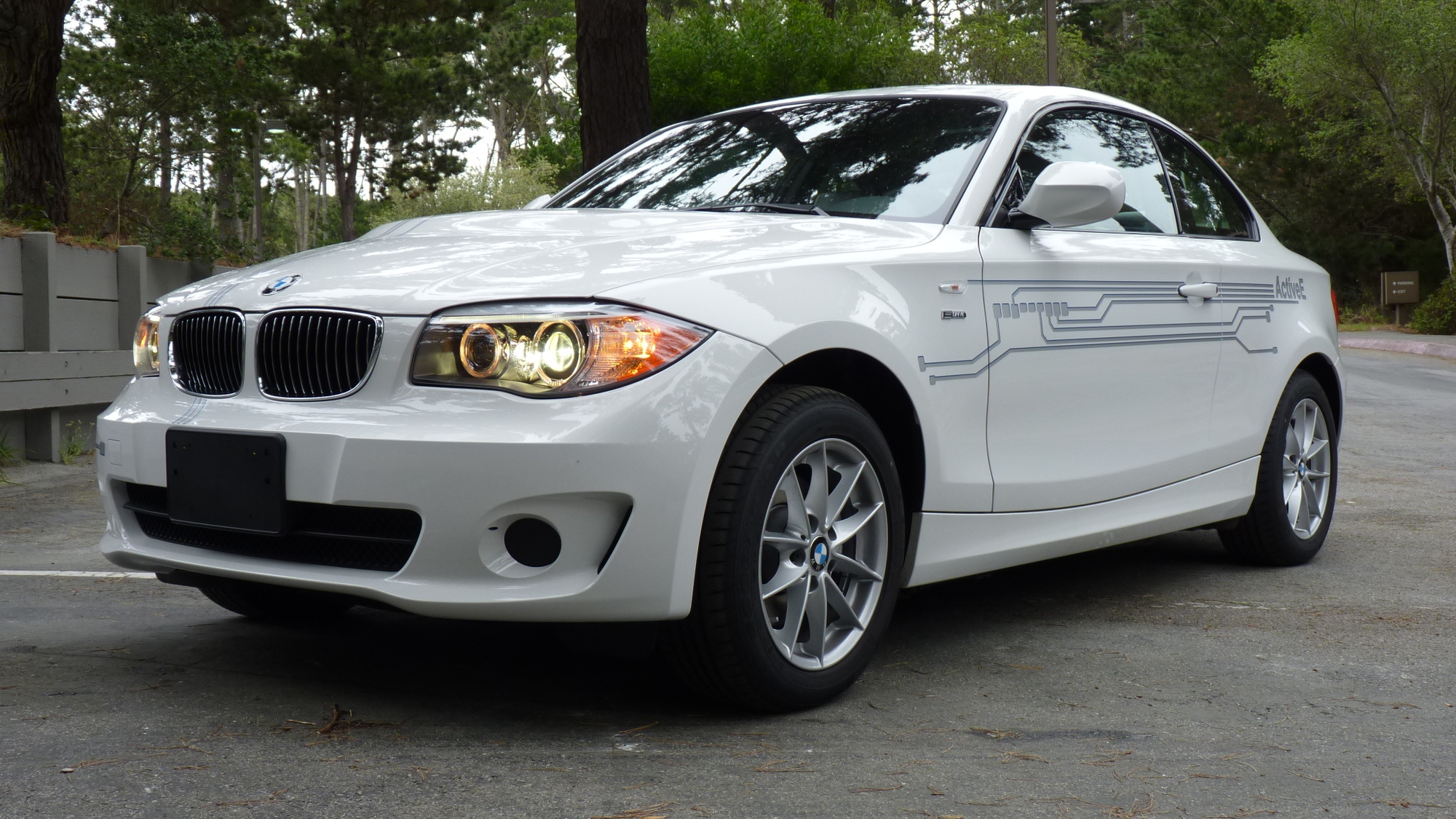 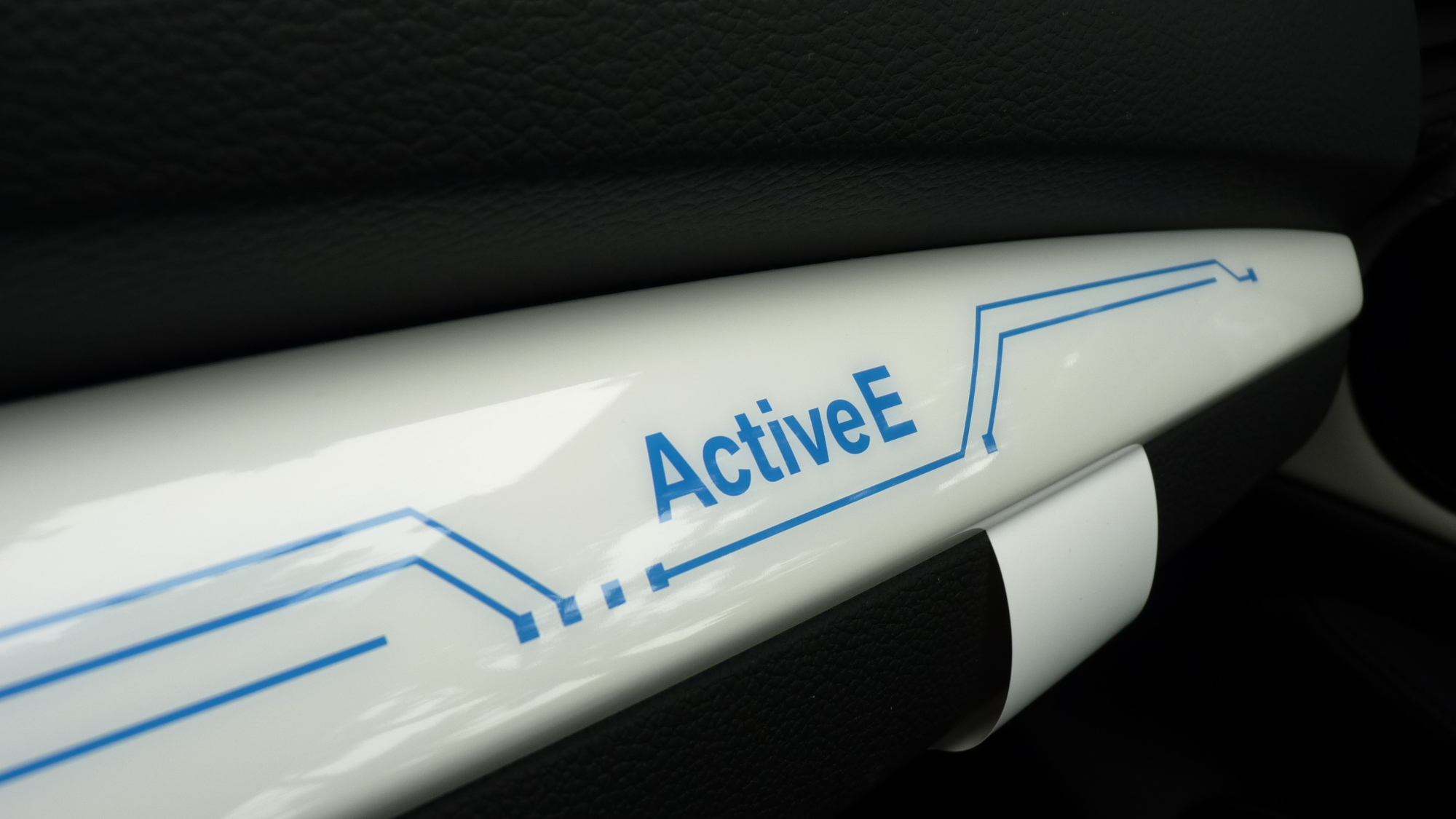 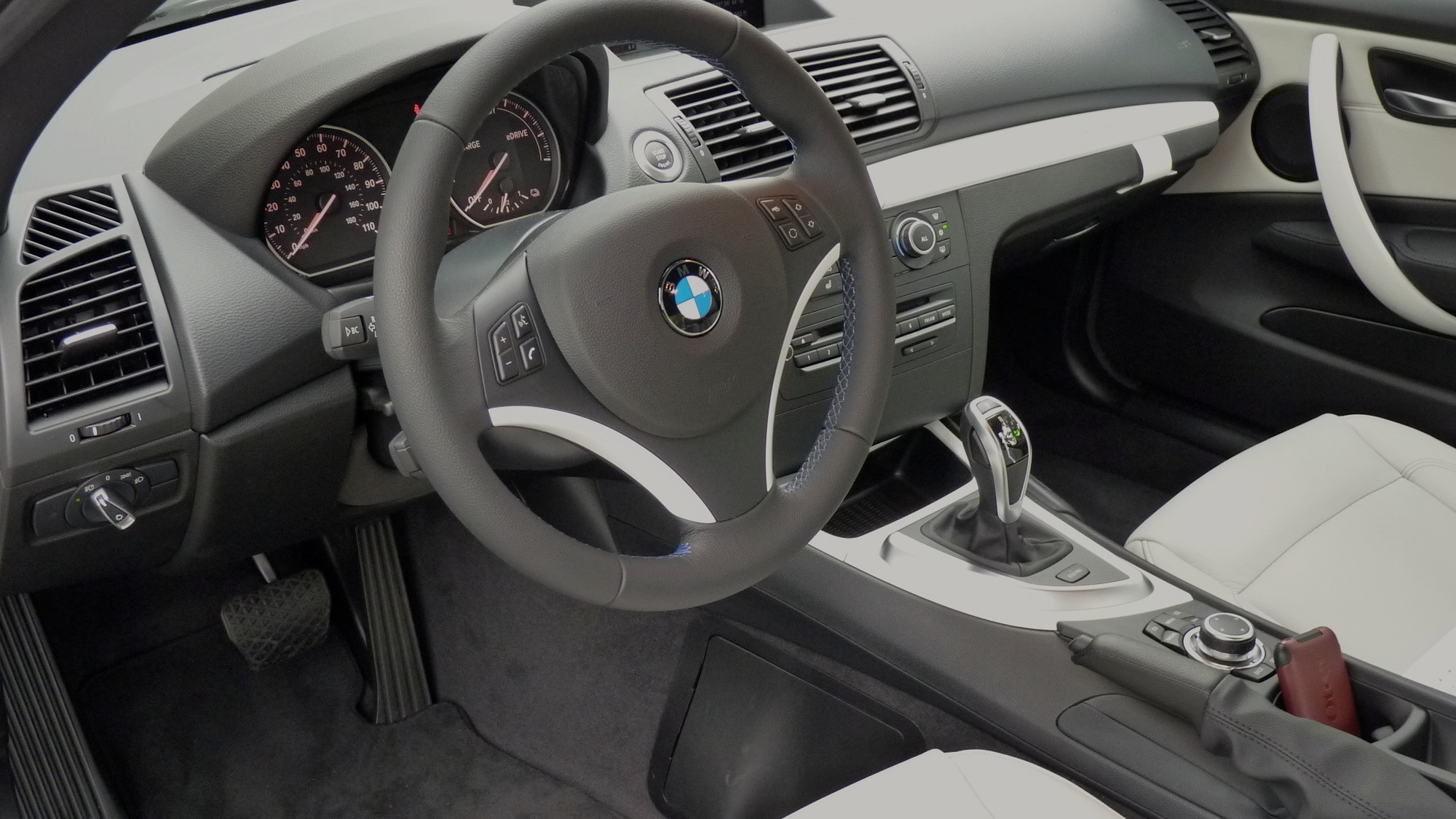 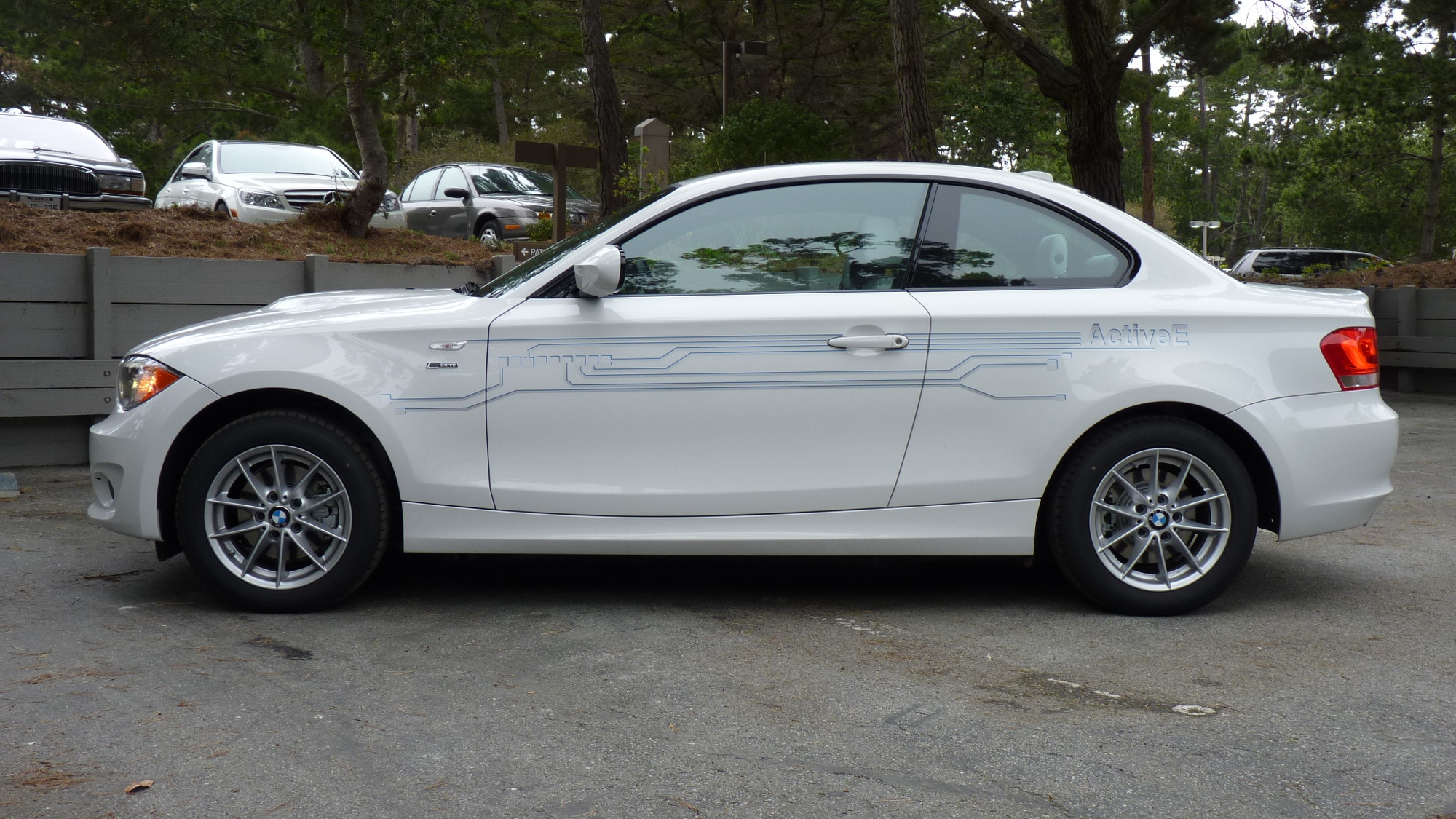 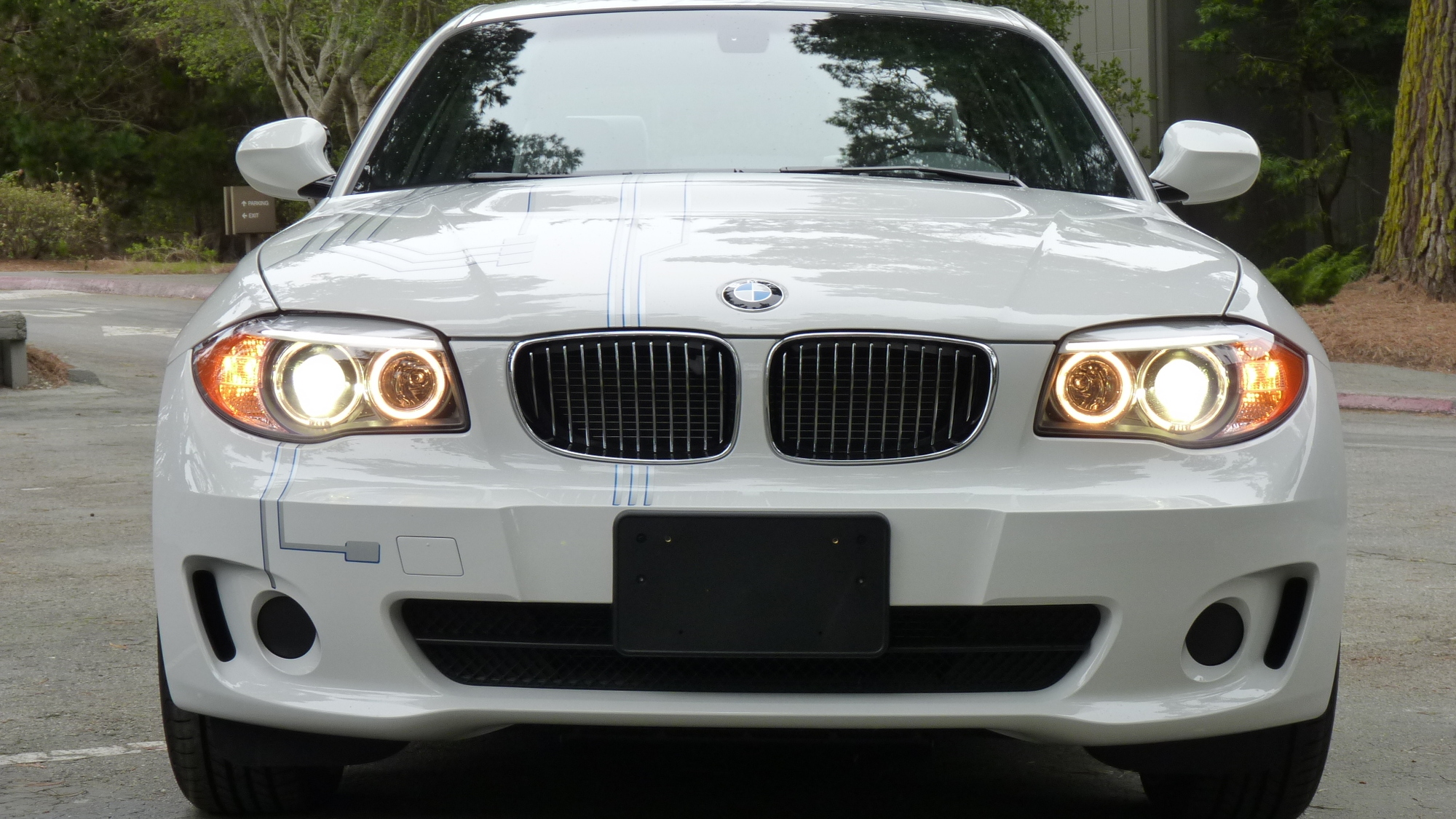 19
photos
If you’ve driven a Nissan Leaf, you’ll agree that while the near-instantaneous torque provided by its electric motor system from standstill can be intoxicating in itself at first, the Leaf is SO not a performance car. With soft, Prius-like dynamics and Prius-like looks, the Leaf appeals to the green crowd, no doubt, and not really to those who enjoy driving.

For enthusiasts, there haven’t been any serious EV options—other than the very limited, expensive Tesla Roadster—especially if you don’t want a range-extended plug-in packing a gasoline engine.

Nissan has teased us with some EV performance possibilities, like the NISMO Leaf, and the ESFLOW Sport EV concept, but with limited-production models like the MINI E, and now the Active E, BMW looks poised to show that EVs can have a little more performance character.

In California this past week, we got a short drive in a 2012 BMW ActiveE—from the first group of demonstration models BMW has received in North America. But Green Car Reports’ editor John Voelcker already managed to get a drive in the first ActiveE delivered in North America, a couple of weeks earlier; so with his green assessment in mind, we aimed to get a quick impression of how the ActiveE holds up as a performance-flavored EV.

Even after just a short spin, our impression is that the ActiveE is a step in the right direction—more balanced, predictable, and sprightly in the way that drivers will find familiar and intuitive. BMW’s other effort, the MINI E, was really a conversion, and while it felt eager and surprisingly fun to drive, the constant whine of the powertrain, an accelerator-pedal delay, super-intense regenerative braking system, and a stiff suspension made the MINI E less docile than you might imagine it being, if you’ve had even a short drive in the excellent gasoline versions.

The ActiveE is essentially a standard BMW 1-Series Coupe, converted to all-electric drive. But as opposed to the Mini E, it’s better integrated and feels much less like a conversion or a kit.

Turn on the ignition, and there’s no noticeable buzz or whoosh; even though the battery pack uses liquid cooling, we heard no evidence of it during our drive.

Quiet and quick off the line

The ActiveE’s 125-kW electric motor system, which makes 170 horsepower, and 184 pound-feet of torque from a standstill, propels the Coupe with an initial gusto you won’t find in the gasoline versions. Unfortunately that’s only for the first 10 mph or so; by 40 mph, it’s clear that you could be moving quicker in a gasoline car. All said, BMW says that the ActiveE can accelerate to 60 mph in about nine seconds.

A 32-kilowatt-hour lithium-ion battery pack is packaged in the drive tunnel and under the rear seat, allowing a driving range of about 100 miles (94 miles according to official EPA ratings). As with the other 1-Series models, back-seat space is tiny, and the cost of the conversion is that (see our pictures) there’s very little trunk space.

Your first moving impression is likely going to be that the ActiveE has aggressive regenerative braking (recapturing energy and helping keep the battery charged) dialed into the accelerator pedal, not just the brakes. Unlike the Leaf, which creeps forward like an automatic-transmission car when you lift off the brake, there’s really none in the BMW. Lift off the accelerator quickly at speed, and it’s like simultaneously hitting the brakes moderately, or driving in first gear in a manual car, without pressing the clutch in. It takes some getting used to, and you can actually bring the car to a stop without touching the brake pedal.

But once you figure that out, the ActiveE is remarkably docile and easy to drive, compared to the MINI E—or compared to the Tesla Roadster, which also has an aggressive regen. According to BMW, engineers put a lot of effort into programming the accelerator pedal so as to include a range in which the car was ‘gliding’—neither in regen mode nor accelerating, but gently inputting only as much power as needed to maintain the current speed.

The ActiveE is easy to drive, but is it fun to drive? Well, it depends on your expectations. We found this rear-wheel-drive coupe to be more nimble and balanced on a curvy road than most other EVs we’ve driven. At the same time, the ActiveE weighs about 4,000 pounds (800 more than the gasoline 1-Series Coupe); so that feeling of heft does translate into the driving experience. Factor in the somewhat undersprung feel of the suspension setup, and it doesn’t exactly encourage you to drive faster in the esses. Yet, at the same time, the steering is nicely weighted—better than the Leaf or Volt, for sure.

As you’re driving, the instruments in front of the driver are simple and straightforward. The analog instrument cluster includes a reduced 110-mph speedometer, along with a right gauge that shows the electric drive system’s behavior on a simple level, with one direction indicating ‘CHARGE,’ the other showing ‘eDrive,’ and a smaller fuel-tank-like gauge below showing the overall level of charge. Through iDrive you can access a set of detailed information screens for efficiency information, as well as the expected bar-graph histograms.

We drove about ten miles of our 14-mile test loop in a spirited fashion, using no restraint of the accelerator or climate control. Then for the last few miles, we selected Eco Pro mode, which saves energy by putting the climate control, heated seats, and a number of other ancillaries in a more efficient mode. By the end of the drive, we’d gone from 42 percent to 28 percent charge remaining. That’s promising, and indicating a range close to the 94-mile EPA figure, even though we were driving hard. At the same time, temps were a mild 55 degrees F.

The company only plans to bring about 700 Active Es to the U.S.—bound only for the Los Angeles, San Diego, San Francisco, New York, Boston, and Hartford metro markets—for a lease requiring a down payment of $2,250, plus $499 a month for 24 months. That’s on an actual bottom-line sticker price of $60,350.

Real-life feedback from lessees’ experiences with the ActiveE will then be factored into the automaker’s development of the upcoming i3 all-electric small car, which is expected during calendar year 2013.

There’s no denying that electric cars are finally taking off—albeit so far as a small niche interest. As reported at our eco-minded companion publication Green Car Reports, U.S. vehicle drivers bought about 17,000 plug-in cars in 2011—including about 10,000 all-electric vehicles, like the Nissan Leaf. It may take BMW a few more years to reach those numbers, but based on what we see in the ActiveE, they’re on the right track.