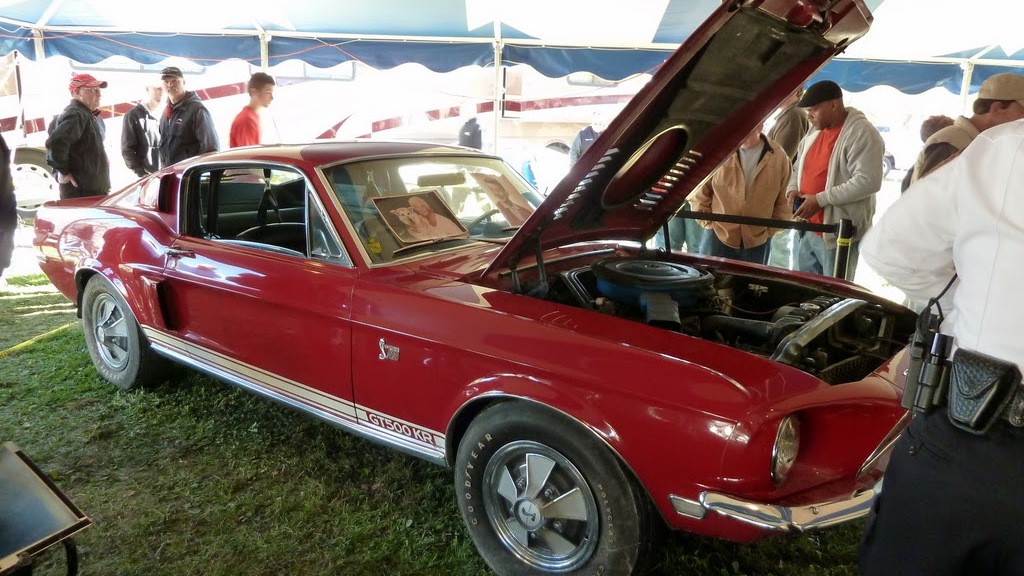 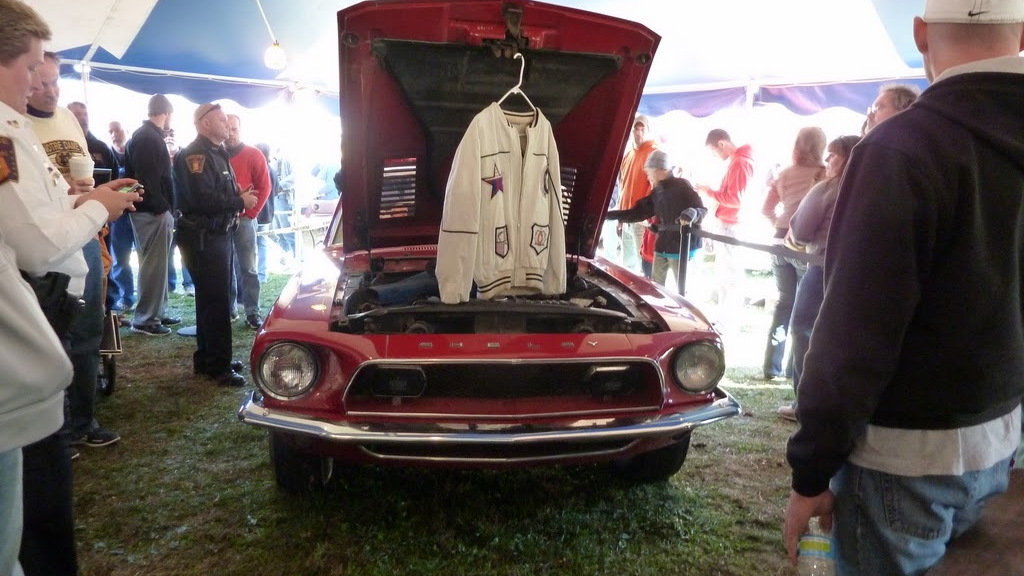 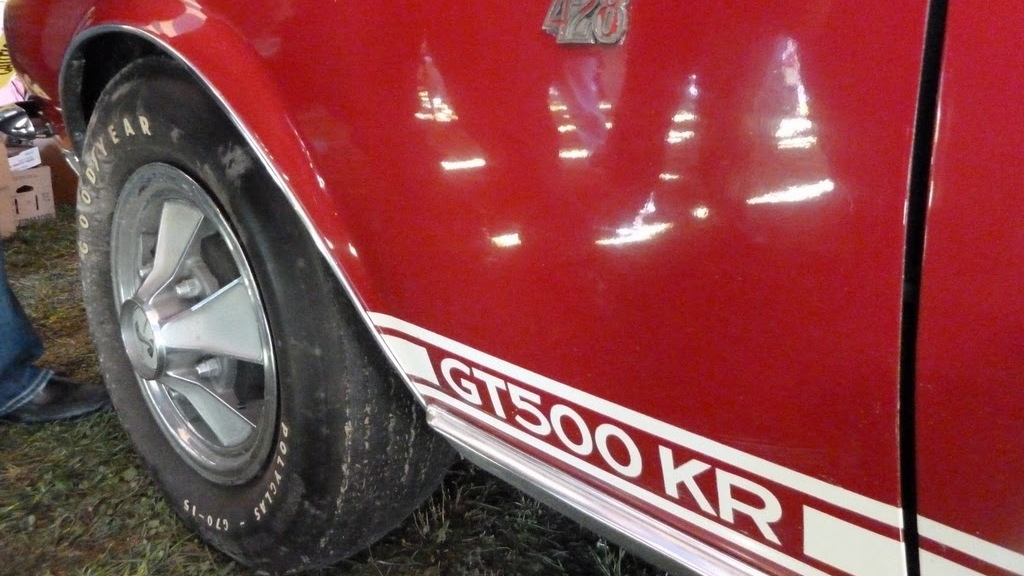 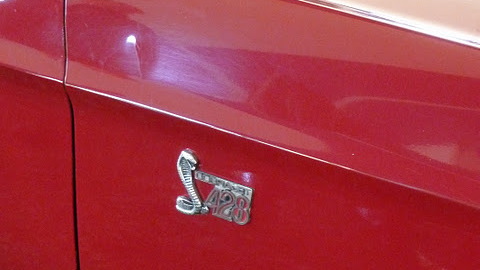 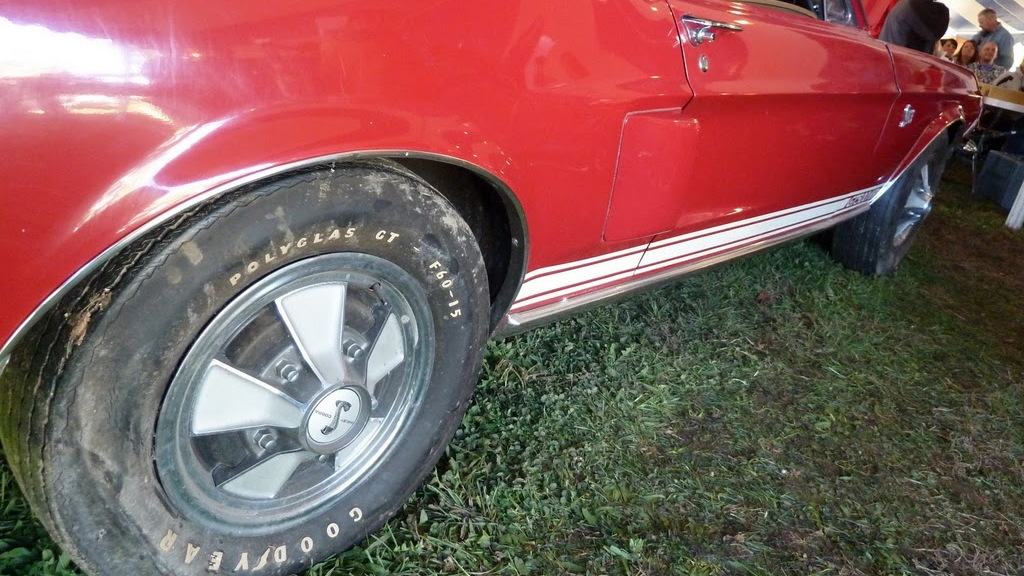 12
photos
It generated buzz, controversy and even threats on a Shelby forum. By early Saturday afternoon, it generated $230,000 at auction.

We're referring to the 1968 Shelby Cobra Mustang GT500-KR we posted about a few days earlier. Curiosity prompted a six-hour road trip to the Indianapolis suburb of Plainfield, Indiana--not to bid, just watch.

A few hundred others seemed to have the same idea.

As local firm Earl's Auction Company handled the Hughbanks estate from two simultaneous outdoor auctions (they weren't kidding when they advertised the house was "full from floor to ceiling"), a steady stream of us were looking the Shelby up and down in the tight confines under the tent. Some were local folks, recalling memories of the car. Others seemed more interested in myth busting.

We don't claim to be intimately versed on all things Shelby, but seeing the car in person lent more credence to the claim of 9,159 original miles. Most of them were probably clocked a quarter mile at a time at a local drag strip back in the day (Earl's admitted as much), but it did show better in person than earlier photos suggested. Not by a lot, mind you. And for all we know, maybe it really is on its second trip around the odometer.

It seemed a moot point for both a local buyer and a phone bidder, the two of whom drove bidding into six figures in about six seconds. After a short pause in action to confirm the reserve lifted, it was a fait accompli in short order.

So who's over a quarter-million lighter and the new owner? At one point in the back-and-forth, the auctioneer did confirm a bid to "Mr. Leno," sending a palpable shockwave through the assumptive crowd. We weren't able to immediately confirm it was that Mr. Leno, but whomever was on the other end of the phone now has notoriety all the same.