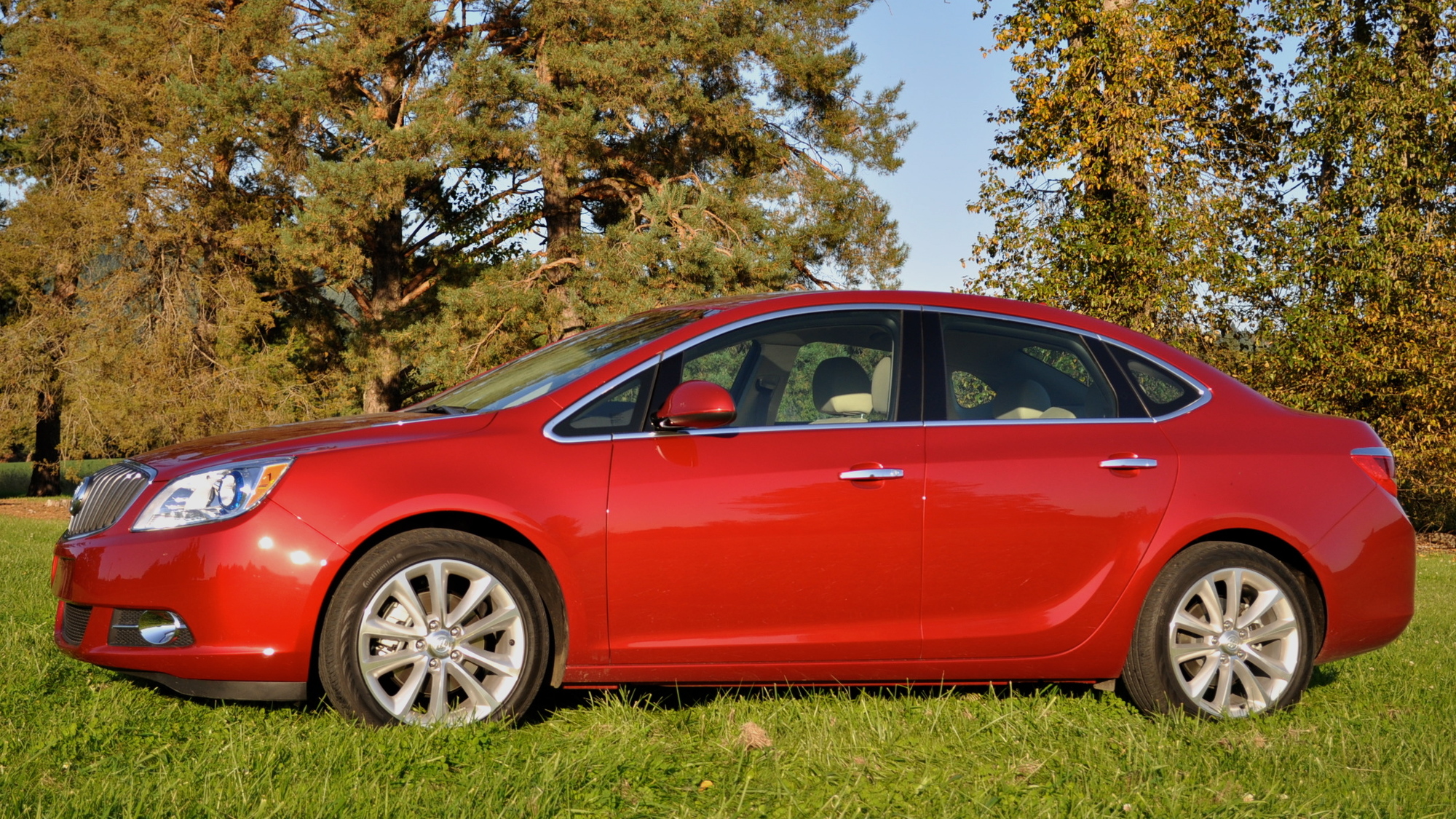 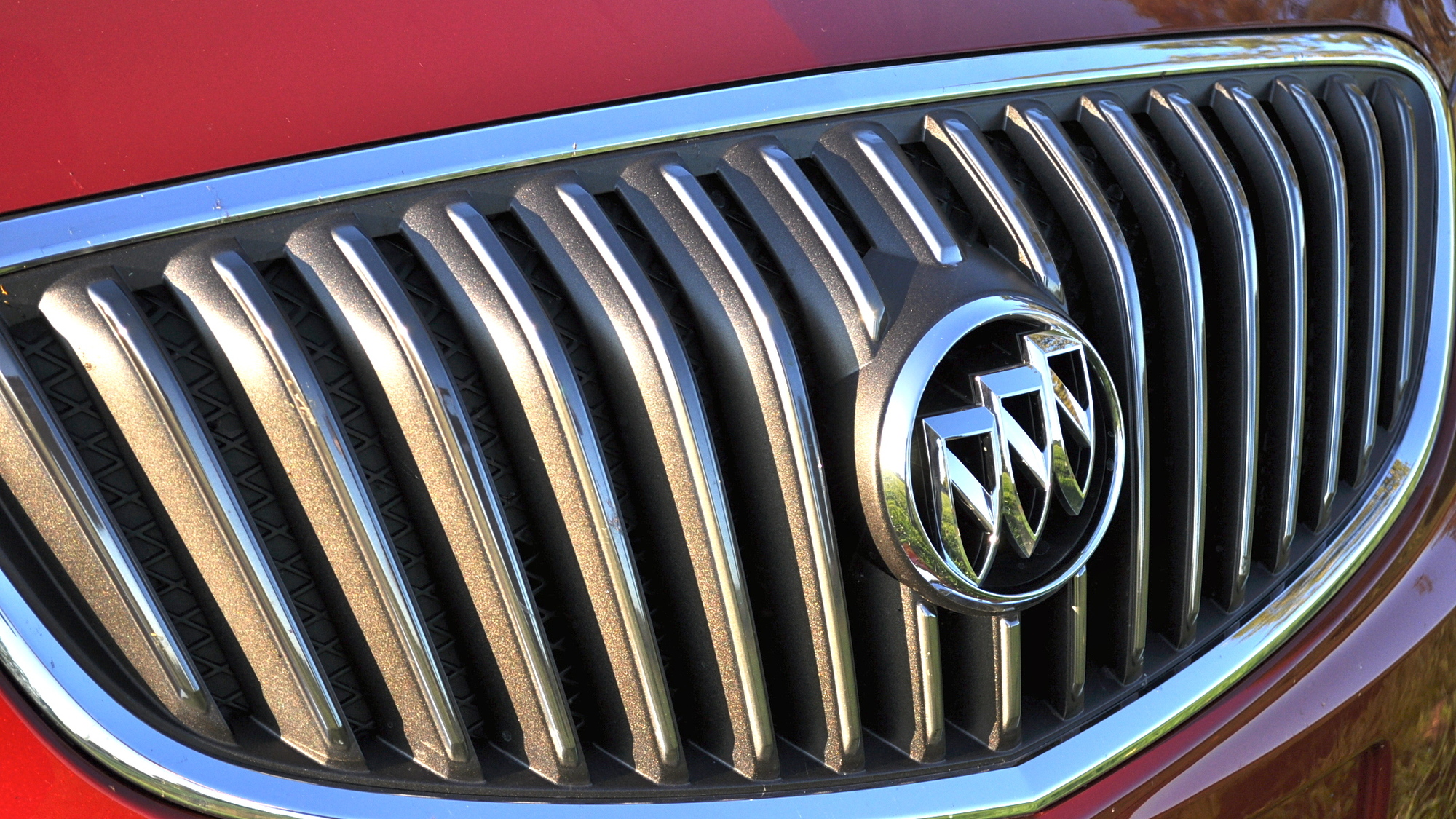 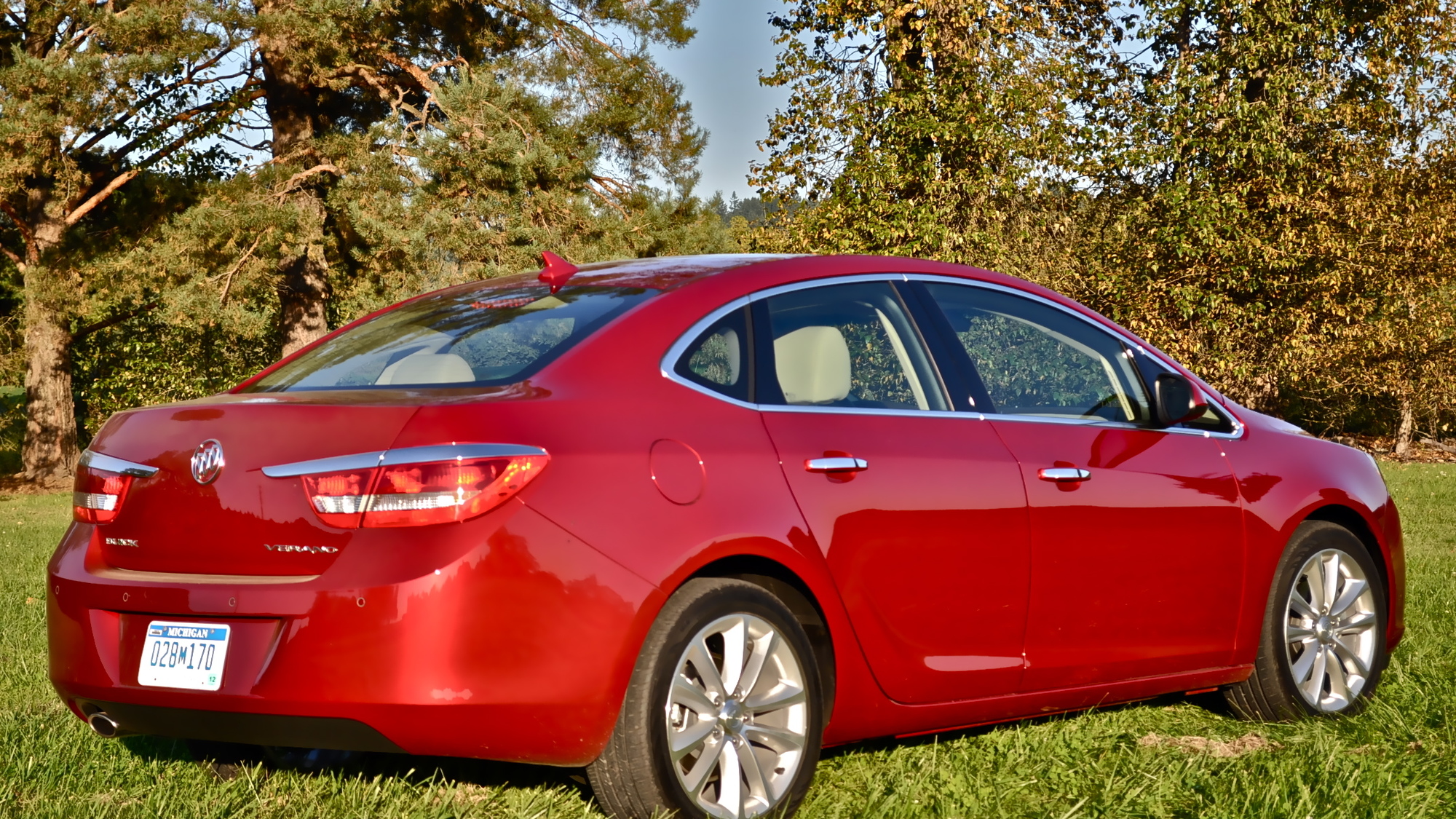 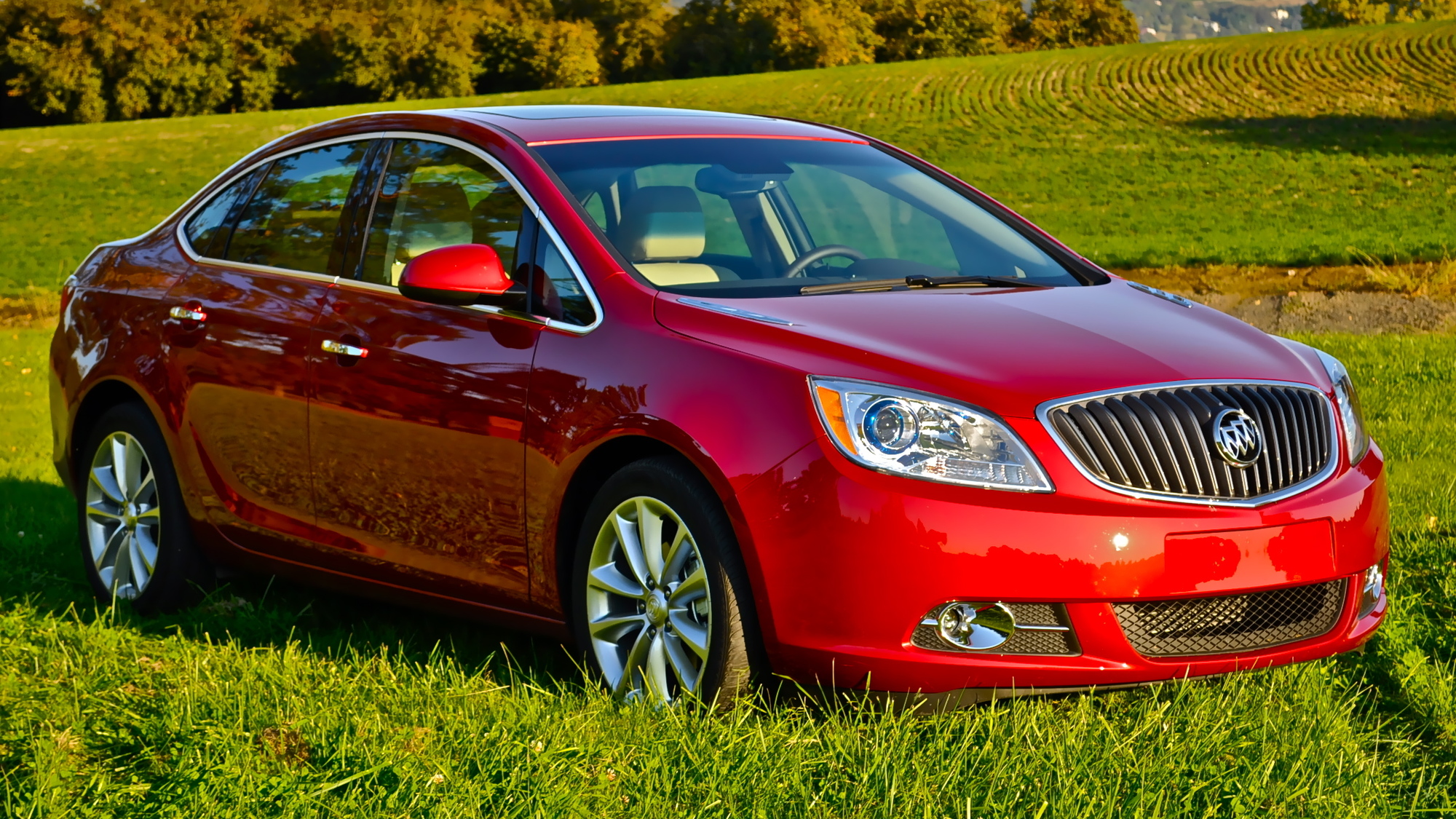 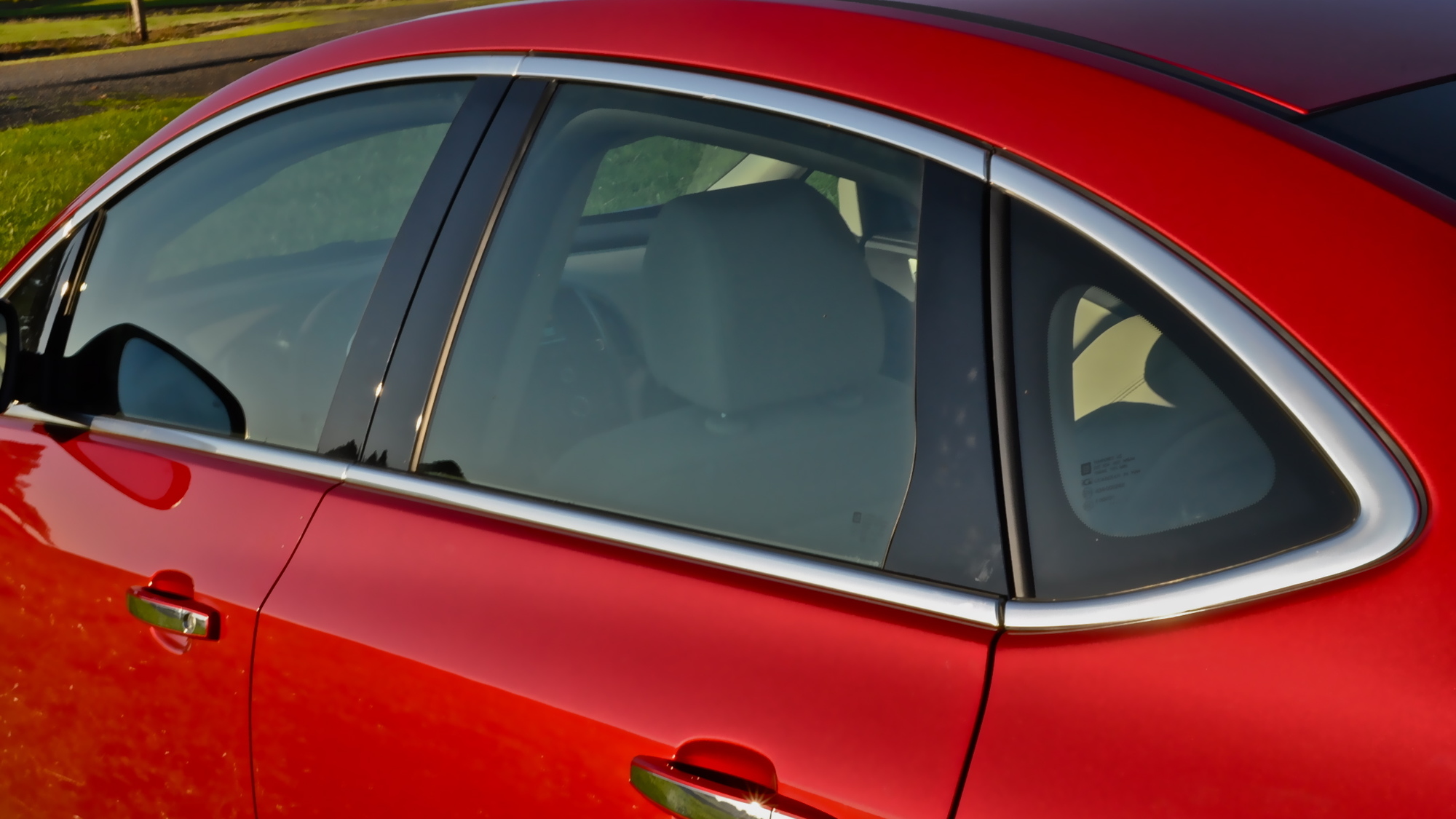 Not too long ago, when Buick and Pontiac (and farther back, Oldsmobile) occupied a vague middle ground that was more premium (or sportier-flavored) than Chevrolet but not as luxurious as Cadillac, it seemed that many Buicks were merely thinly disguised, cosmetically different versions of what you might find at the Chevrolet dealership, for thousands less. And often, they were.

Now with those other brands mothballed, it seems that 'badge engineering' is truly out at GM, and Buick is again finding its focus. The all-new 2012 Buick Verano is a prime example. It stands proud with Buick badging, with big trishield Buick emblems over the grille, on the rear, and on the steering wheel. It comes with an interior—along with features and appointments—that are undeniably a step up from entry-market. And it offers a more refined experience plus better performance than you'd find in the most affordable cars its size—in the end, for what's closer to Chevy money than Cadillac money.

The Verano is the smallest Buick to come to market in a while. At about 184 inches long, it's on the cusp between compact and mid-size—and virtually the same size, in nearly every dimension, as the Chevrolet Cruze. Given GM's product history, it's easy to jump to conclusions. But first off, Buick insists that the Verano isn't just a badge-engineered Cruze. The Verano comes with a different powertrain; it shares very few parts with the Cruze; and it doesn't share any structural components with the Cruze above the floorpan. And if you need any further proof, the two sedans are even assembled at different plants altogether: The Verano is assembled at the Lake Orion, Michigan plant that used to make the Pontiac G6 (and now also makes the Sonic), while the Cruze is made at Lordstown, Ohio.

At first look, it's the long, arching roofline that helps give the Buick Verano proportions that are closer to those of the smaller LaCrosse than a larger small car. Otherwise, the look is very conservative. The Verano's flanks have clean, flowing sheetmetal, with a subtle accent beltline; and the vertically straked grille, low hood and large, detailed headlamps (with hints of blue) call it out as a Buick. Chrome has been overused as an accent in recent years, but Buick has (mostly) done it tastefully; we especially liked the light strokes of chrome that angle around the rear corners then angle downward toward the center in back. But as for the Buick 'ventiports,' which find their way again to the Verano's front fenders...we bet they're still going to be seen as a bit tacky by the younger, more affluent crowd the brand is trying to attract.

Early on in a day spent driving the Verano, we nicknamed it the incredible shrinking car—because every time we stepped out to switch drivers, it looked more compact from the outside than it felt from the inside. The Verano's interior packaging is quite conventional, but it really feels like a mid-size car inside. Front seats are supremely comfortable, and the driver's seat adjusts into such a wide range of positions that this 6'-6” driver would be comfortable on an all-day—or, for that matter, cross-country—drive. This is one of the best vehicles on the market for long-legged drivers; I didn't even need the seat back all the way. On the other hand, the 2012 Verano has a decent back seat, with enough comfort and headroom for most adults, but the need to juggle legroom between the front and back is the only compromise—and the only real reminder that this isn't quite a mid-size car. The trunk is huge, too.

Our test car, for most of the time—one of the top-level models, at $26,850—had a beautiful Choccachino leather interior; but we also took a short drive in a base model ($23,470) with light-beige combination cloth-and-leatherette and think we'd be nearly as happy with that combination. Materials, detailing, fit, and finish in our “early sale production” models were every bit as good as, if not better than, you'd find in a Lexus IS, ES, or HS.

One key phrase you hear often from the Buick team when discussing this car is “quiet-tuning.” As with most of the other models from this brand, Buick is making an effort to differentiate the 2012 Verano from other models in its class by making the driving experience remarkably quiet and stress-free. And you're likely to notice before you even start the engine is that the Verano is quiet. Thanks to triple-sealed doors, laminated side glass, an acoustic laminated windshield, a woven-acoustic-material headliner, and the extensive use of other sound deadeners like foams, baffles, mats, and shredded jean denim, the Verano is very, very quiet inside. 18-inch alloy wheels are standard, too; as Buick says, they give the Verano a better ride and help cut road noise versus steel wheels.

From the outside, the four-cylinder engine makes a little direct-injection racket, but you don't hear any of it inside. Buick even went so far as to have someone walk around the car with a gasoline leaf blower, having us open and close the windows and doors to show off all the insulation. It's very impressive.

If you've wondered why we've held off on actual moving-vehicle driving impressions until this point in the story, there's a reason for it. It's nothing bad—simply that the Verano is a comfortable-riding, quiet car above a performance car. But you probably knew that...

For now (a 250-hp turbo engine is on the way next year) Buick is only installing a 180-horsepower, 2.4-liter DI four-cylinder engine in the front-wheel-drive Verano. It's the same engine that's in the Equinox, but it's hooked up to an updated, next-gen version of the Equinox's transmission with revised torque-converter programming and more precisely-acting solenoids.

Not so quick, but surprisingly agile

As such, the Verano is by no means quick—and surprisingly, not all that much quicker than the Equinox or the Cruze. Buick says 0-60 mph takes 8.9 seconds (just a few tenths shorter than the Cruze 1.4T), and the 2.4-liter, while it has decent grunt off the line, seems to lack its full stride if you're much below 4,000 rpm or not really mashing the throttle. There are no paddle-shifters, but you do have full manual control if you slide the shift lever over to the side.

The suspension layout, and the basic geometry of it, are actually shared with the Cruze, although the pieces themselves are different. With a MacPherson strut design in front, paired with a Z-link (Watt's linkage) design in back, GM engineers argue that you actually get better, more predictable response and better body control on quick transitions—no matter the surface. even compared to an independent setup. Four-wheel disc brakes and a relatively quick steering ratio (with a fat, somewhat small-diameter steering wheel) complete the hints of sportiness.

In all honesty, we'd been expecting the Verano to feel a little quite a bit heavier than the Cruze and be less fun to drive. But when Buick picked a route heading out over the Oregon coast range—and including a couple of stretches that are best enjoyed with a true performance car—we knew the Verano must be quite capable. And it is. Like most GM cars nowadays, the Verano feels a little heavy when you push it hard around a corner. But just as in the Cruze, once you move past the spec-sheet stage, you'll never miss the lack of a true independent rear suspension.

Even through the tightest esses, on heaved, poorly graded surfaces, this sedan held its own. There's lots of lean and body motion—and not all that much grip through the tires—but it's safe, responsive, and even quite fun; everything loads and unloads with a sense of confidence, and we had way more fun than we would have in a Lexus ES 350.

And all the while, if you're driving hard, this whole “quiet tuning” thing plays mind games. Through the foam, matting, and such, engine noise is so well muted that you can easily forget when the engine is revving up high or left in manual mode. The roads around Portland, Oregon, where we tested the Verano have some of the coarsest surfaces of any in the U.S., too, yet this Buick's Quiet Tuning really worked—resulting in an interior that seemed quieter than many other vehicles on glassy-smooth asphalt.

By first accounts, gas mileage is good, too. The Verano's EPA fuel economy ratings, of 21 mpg city, 31 highway, are just okay; but better are the real-world figures we saw—in the mid-20s, even as we drove quickly over low mountain passes and twisty two-laners.

There's very little we'd like to change dynamically, considering the Verano's comfort-over-all-out-dynamics compromises. But a couple stick out in our minds: First, the brake pedal is very soft, bordering on spongy (an issue we've noticed with many non-performance GM cars of late). Secondly, just a few degrees off center, there's either a rapid change—almost a 'kink' in some situations—in the electric power steering's boost, or in the rack's ratio; it can be a little unsettling on mid-speed country-road corners (we thought at first this was sidewall flex, then it happened at lighter loads).

More than a tease of luxury

All versions of the 2012 Buick Verano include automatic climate control, remote start, steering-wheel controls, an electronic parking brake, a USB port, Bluetooth, and Buick Intellilink—basically a touch-screen and voice-activated interface for media and hands-free calling. It's simpler than MyFord Touch but accomplishes most of the same tasks—including voice-activated Pandora and Stitcher streaming, through your smartphone's data connection. At the top of the lineup, the Verano comes with push-button ignition, heated seats, and a Bose surround-sound system that was designed specifically for this vehicle. There are also plenty of smaller storage spots, along with front and rear reading lights.

Options on the Verano could drive the bottom line toward, but short of, $30k. Items of interest include a navigation system, a heated steering wheel, and a rear park assist feature.

Summing up the experience with the Verano is a matter of expectations. Buick officially lists the Verano's key competitors as the Lexus IS 250 and Audi A3, along with the Acura TSX and potentially a loaded VW Jetta or base Infiniti G25. It's about the exact same size as the Suzuki Kizashi, but its focus is completely different.

Cars like this are, by a wide range of predictions, poised for the most sales growth in coming years, and GM will be ready with both the Verano and the upcoming compact Cadillac ATS. In a few years Buick expects the Verano to be in an actual segment, competing against the Lincoln MKC and small Acura on the way.

In a way, the Verano appeals to the same type of shoppers who might consider a Hyundai Genesis or Equus—or even a model like the LaCrosse, to some degree. Applying that logic to a smaller car, the brand might not be upper-tier luxury yet, but the car really feels like it.

The Verano is hardly pulse-quickening, but we don't think that's part of the Verano's mission statement (its extreme quiet might have something to do with it, honestly). For raciness, there's the refined but still giddy Regal GS.

This isn't an enthusiast car, and it isn't a Cadillac. But it's very much a premium car, for a price that's not so premium. Luxury shoppers on a budget are going to like that.