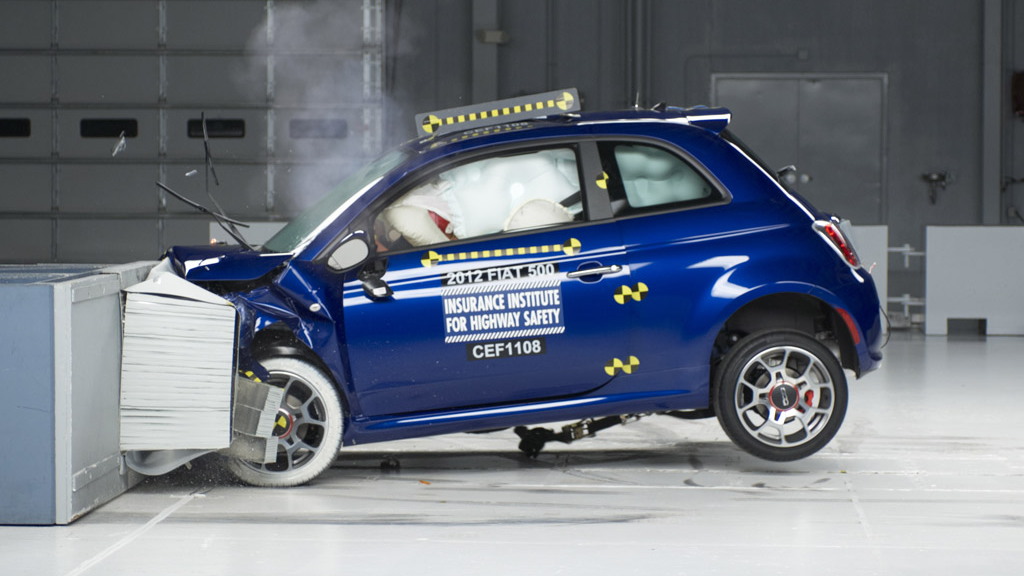 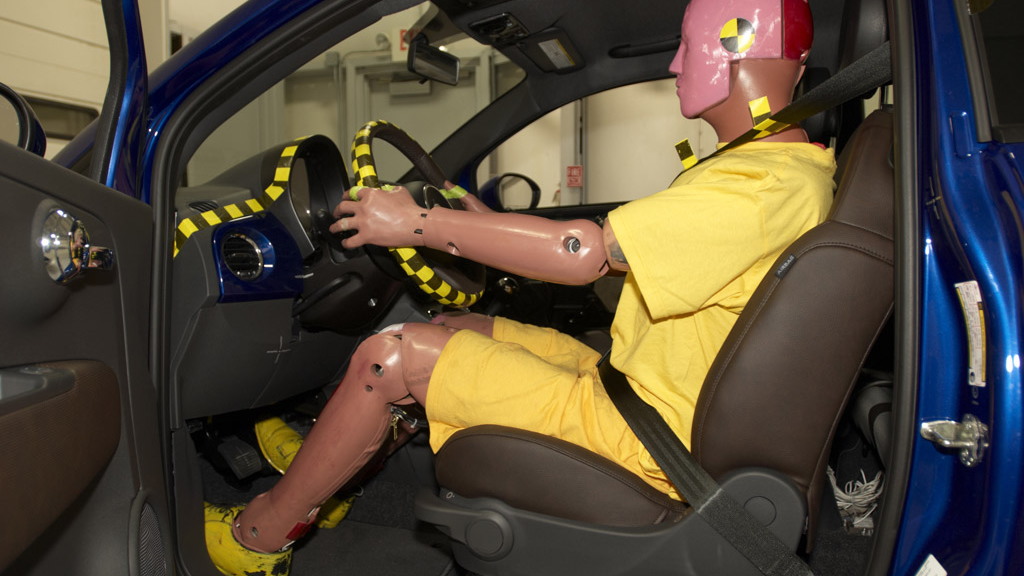 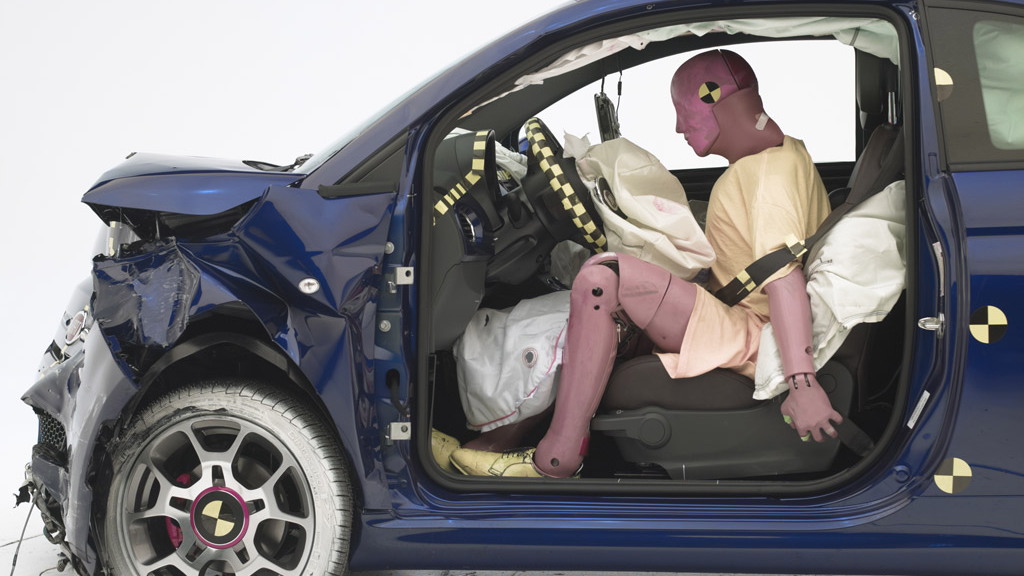 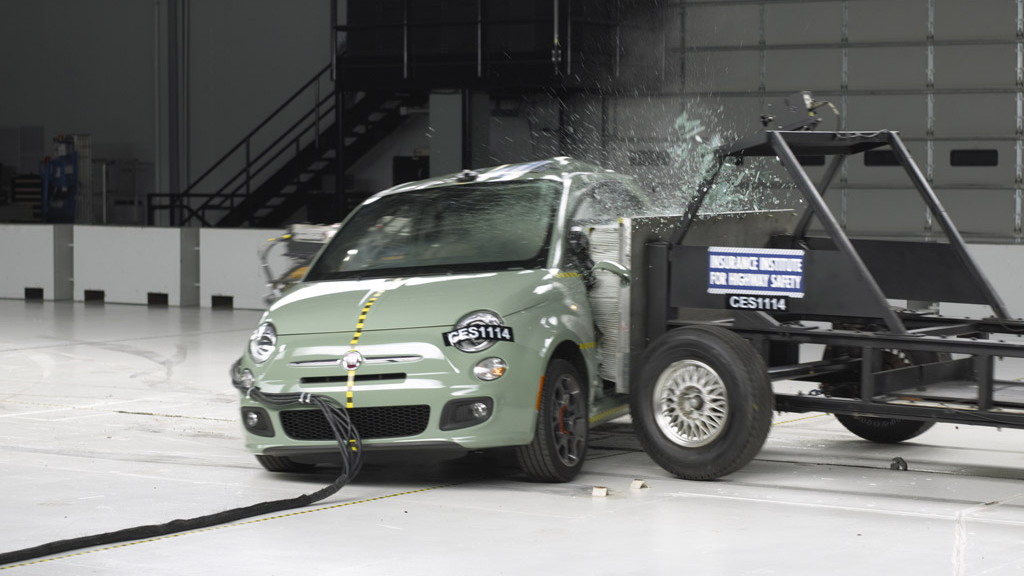 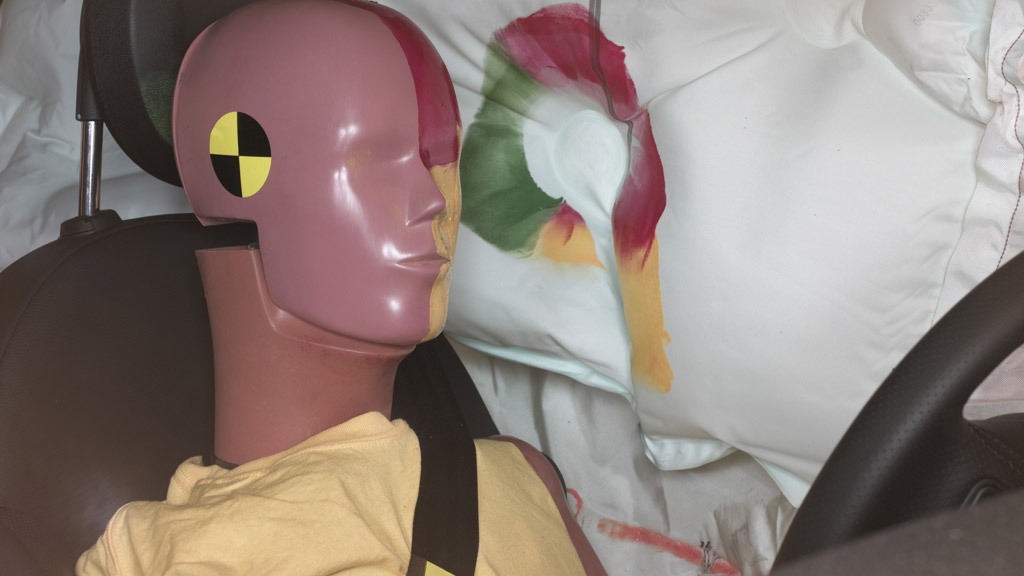 8
photos
The 2012 Fiat 500 has won the Insurance Institute for Highway Safety's (IIHS) Top Safety Pick award in the Institute's latest round of testing.

Note, the award only applies to 500s built after July of this year because the driver's seat structure was modified to improve occupant protection in both frontal and rear-end crashes.

To qualify for the award, a vehicle must earn the highest rating of "good" in the institute’s front, side, rollover, and rear tests, and also be fitted with electronic stability control as standard, the latter being mandated by federal regulators as of September 1 of this year.

The test assesses how well the occupant compartment would hold up in a rollover crash. Vehicles with a strength-to-weight ratio of 4 or higher earn a good rating. By comparison, the current federal standard is 1.5 times weight. Research has shown that occupants of vehicles with strong roofs are much less likely to sustain serious injuries in rollover crashes.

The IIHS’ frontal crashworthiness evaluations are based on results of 40 mph frontal offset crash tests. Each vehicle’s overall evaluation is based on measurements of intrusion into the occupant compartment, injury measures recorded on a dummy in the driver seat, and analysis of slow-motion film to assess how well the restraint system controlled dummy movement during the test.

Side evaluations are based on performance in a crash test in which the side of a vehicle is struck by a barrier moving at 31 mph--the barrier representing the front end of a pickup or SUV.

Finally, rear crash protection is rated using a test that simulates a collision in which a stationary vehicle is struck in the rear at 20 mph.

The latest announcement means the 500 along with the similar sized Ford Fiesta are the only minicars to earn the Top Safety Pick designation.