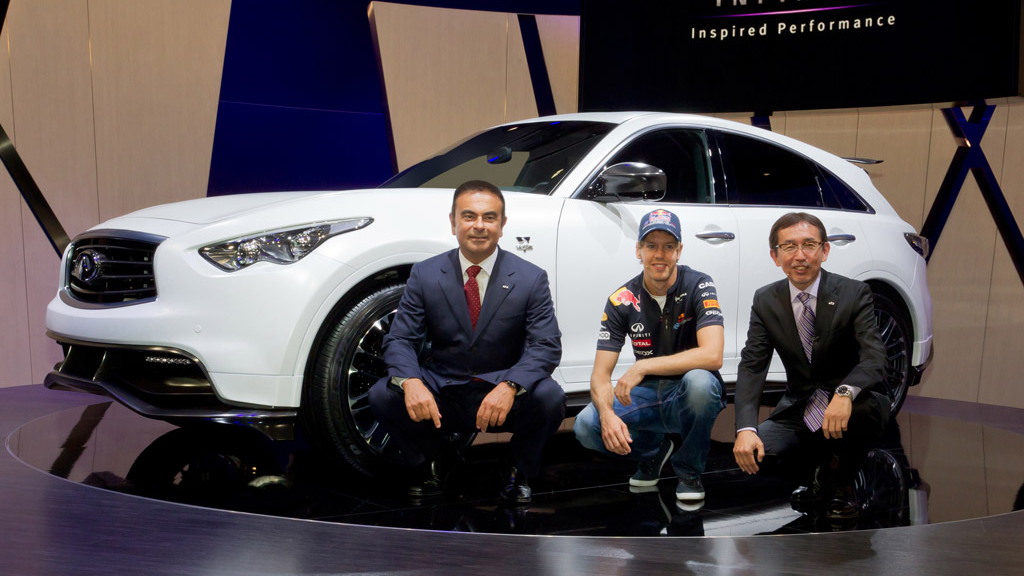 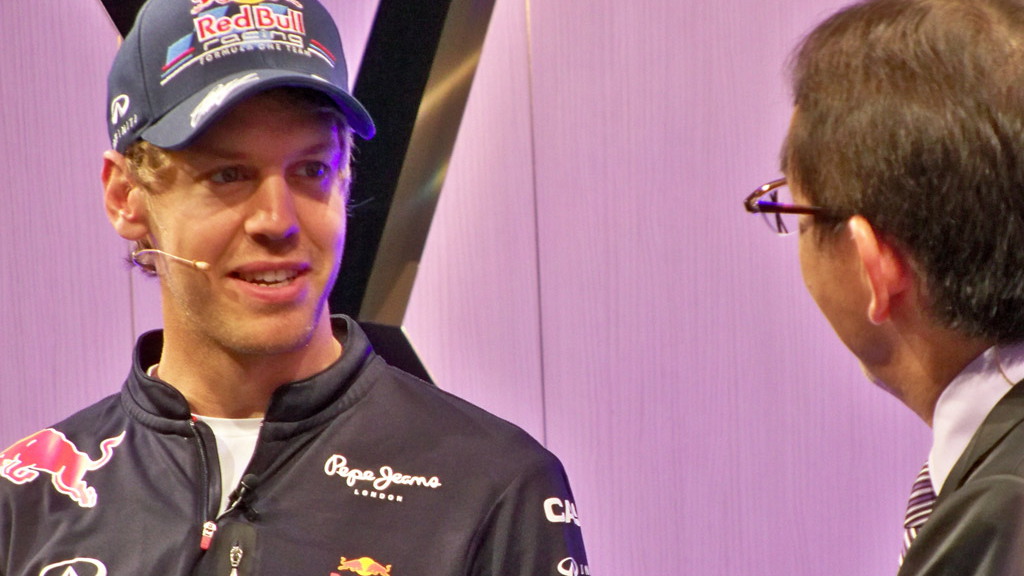 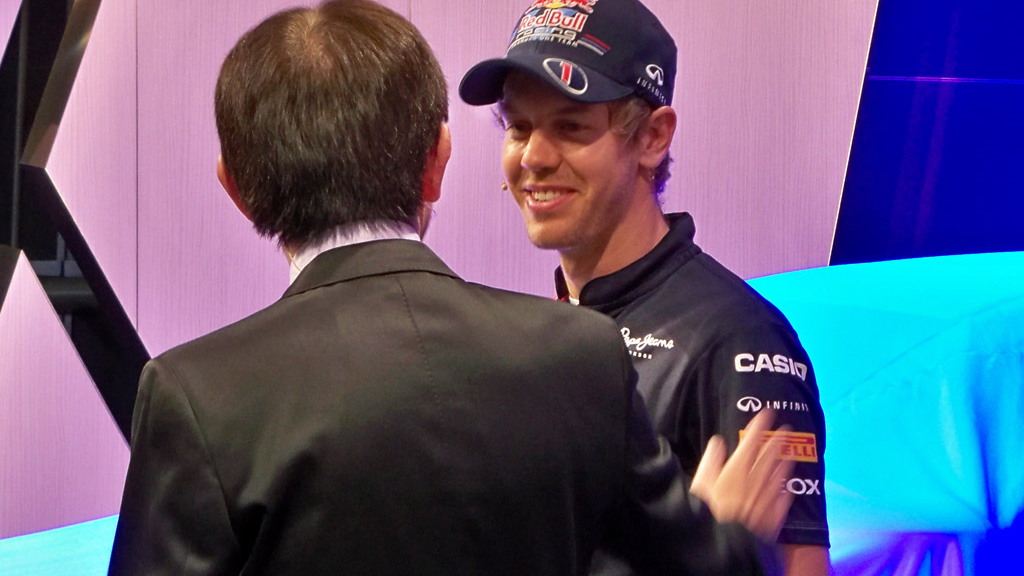 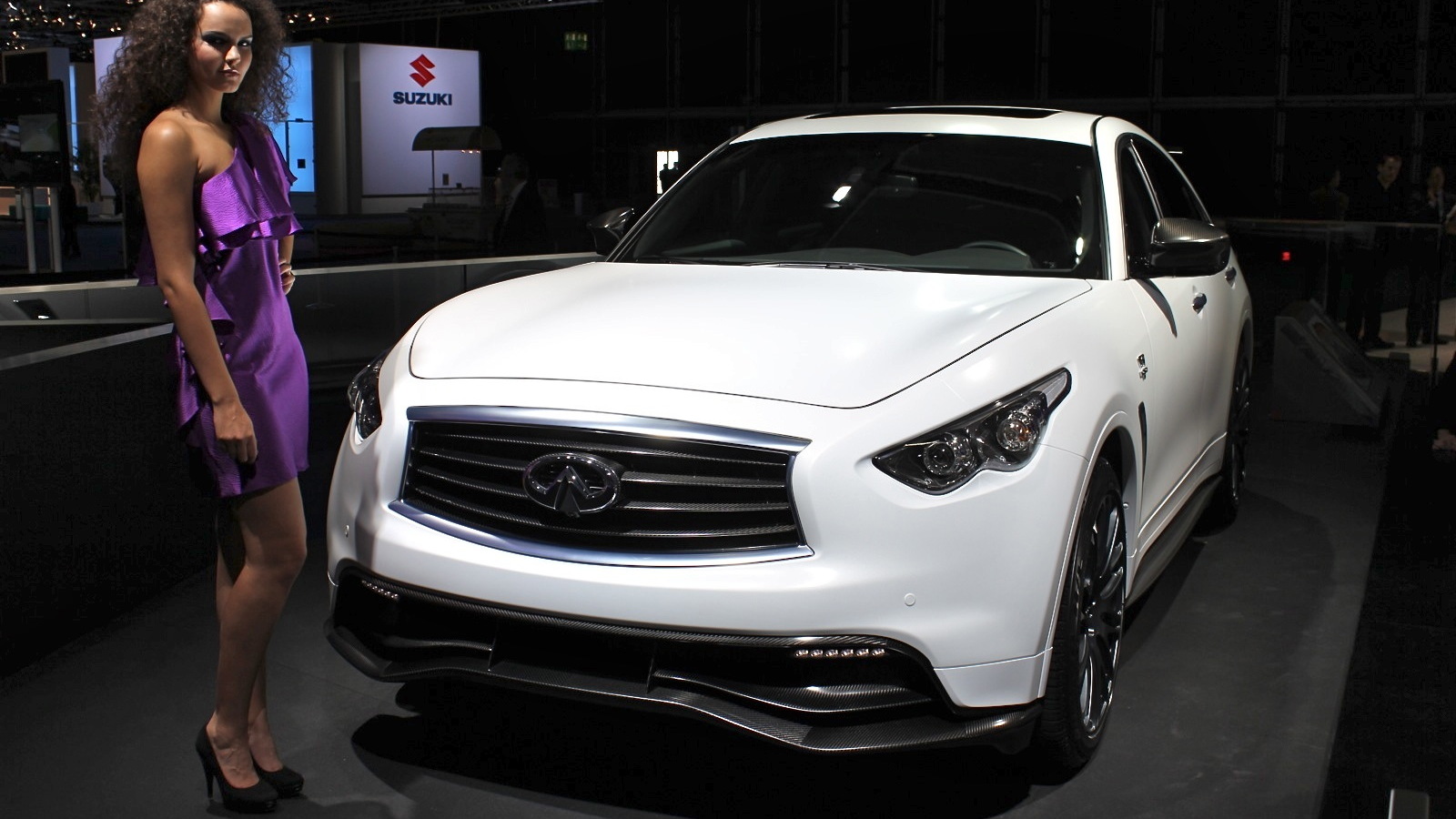 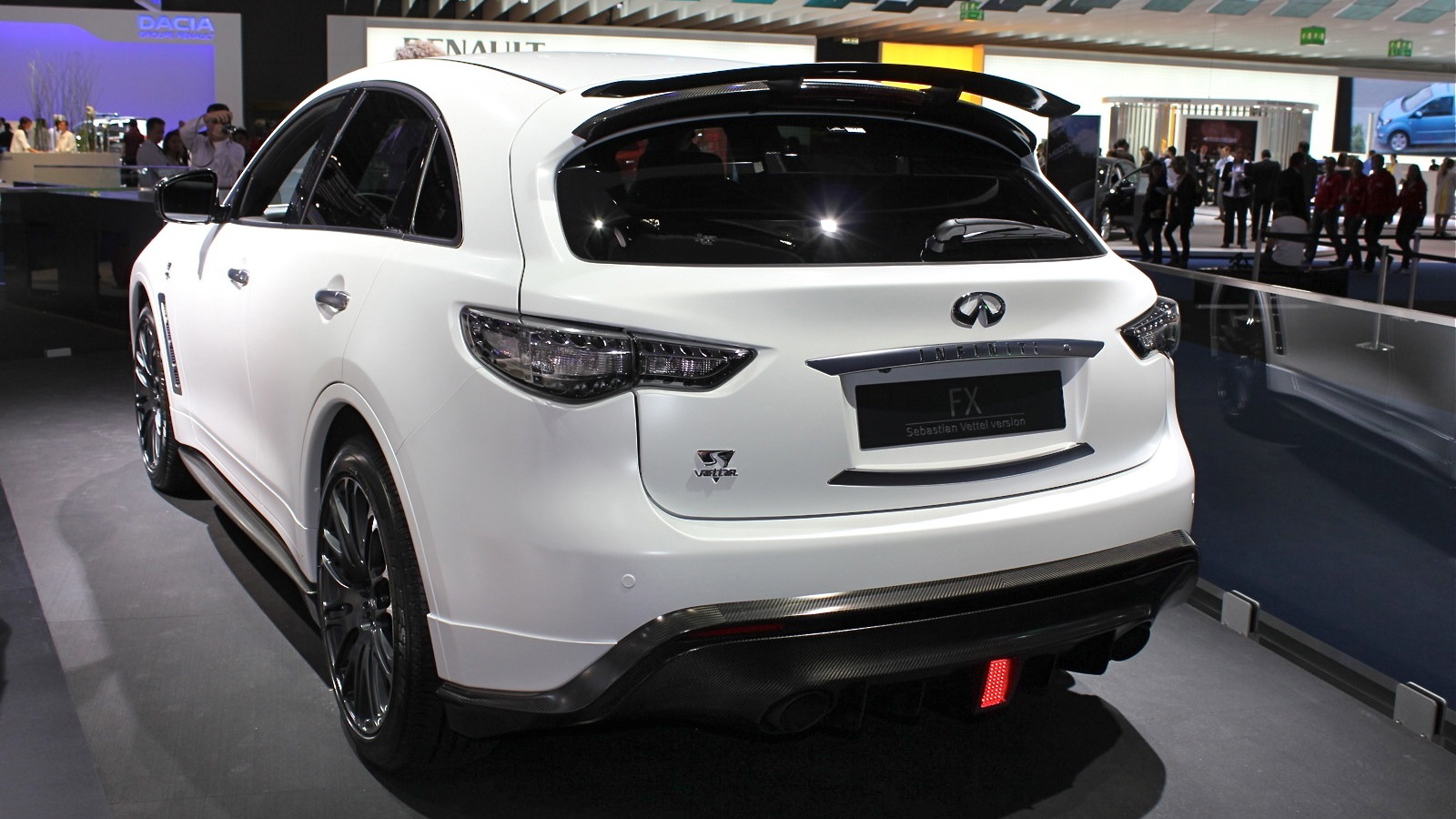 Vettel’s personal car just so happens to be a white Infiniti FX50, which he regularly drives to F1 events throughout the year, but this is his ideal version.

Infiniti is keen to stress that the vehicle, officially titled the Infiniti FX Sebastian Vettel Version, is strictly a concept, though the automaker is quick to boast that it is the fastest and most exclusive Infiniti ever made.

Based on the already quick 2012 Infiniti FX50, the FX Sebastian Vettel Version features changes to the engine, suspension and body, with key aerodynamic enhancements implemented with input from Red Bull Racing.

For example, it gets an aggressive front spoiler modeled after the unit on Vettel’s RB7 race car and finished completely in carbon fiber.

This is joined by an assortment of other carbon fiber pieces, including a rear wing, special side mirrors, and some sporty skirts. Silver “Vettel” badging is also featured on the concept.

For more details check out our previous post by clicking here, and for our complete coverage of the 2011 Frankfurt Auto Show, click here.