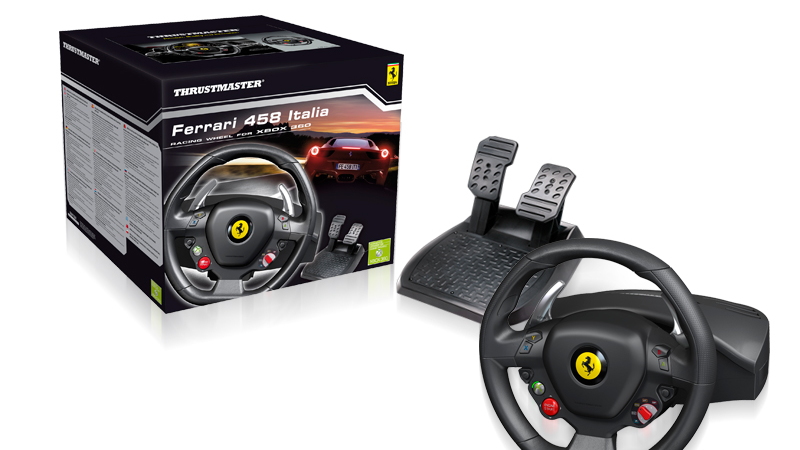 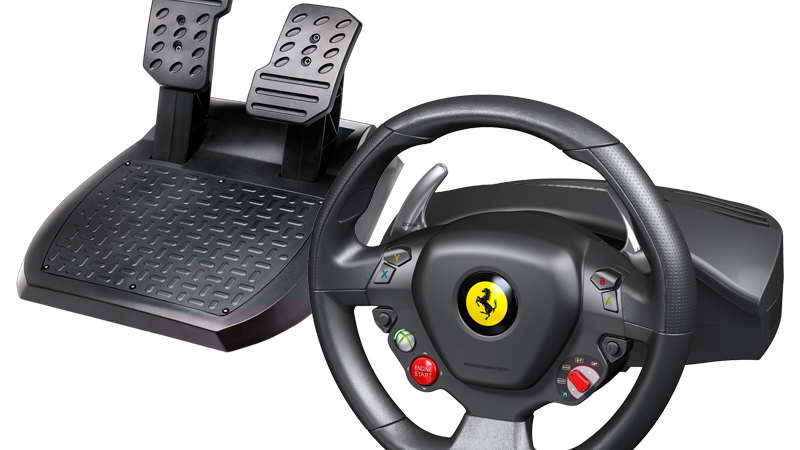 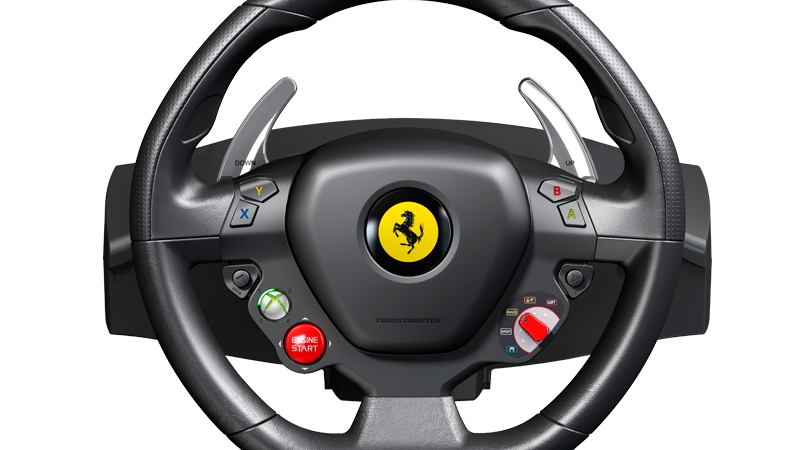 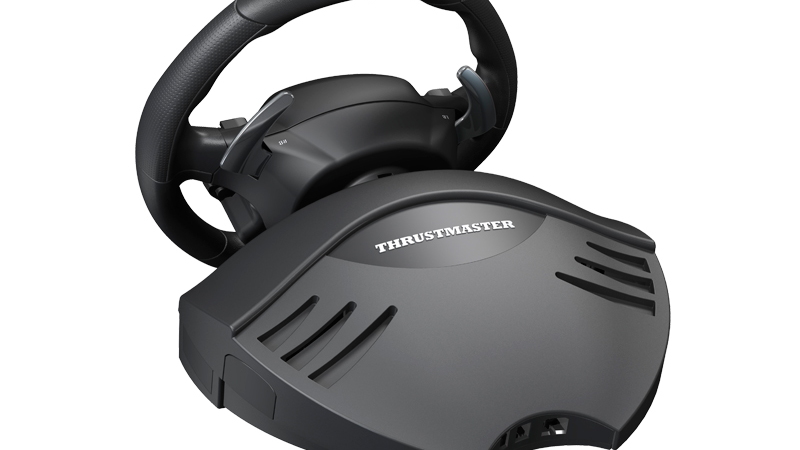 If you want to buy a brand-new Ferrari 458 Italia, the price of admission starts at $225,325, and that’s before you begin adding options. On the other hand, for $89.99, plus the cost of an Xbox 360, the Forza Motorsport 4 video game and a high definition television set, you can now enjoy the next best thing.

Thrustmaster, the PC and game console accessory manufacturer, has worked with both Microsoft and Ferrari to develop a replica of the Ferrari 458 Italia’s steering wheel for use with the Xbox 360 and the Forza 4 racing game. Like the real 458 Italia’s steering wheel, the Thrustmaster version is plenty complex. It even includes Ferrari’s “Manettino” dial, although it’s not used for chassis setup as on the real Ferrari 458 Italia. Instead, the Thrustmaster unit uses the dial to quickly toggle between player views or other in-race settings.

Just like the real 458 Italia, shifting is done via oversized paddles mounted behind the steering wheel. For added durability, the paddles are made of metal, not plastic, and the steering wheel itself is said to offer progressive resistance for a more natural driving feel. The Thrustmaster setup also includes a pedal assembly with a long-stroke accelerator and a stiffly sprung brake pedal.

While the Thrustmaster steering wheel and a good gaming system won’t provide quite the same thrill as running a real Ferrari 458 Italia through the corkscrew at Mazda Raceway Laguna Seca, it’s the closest that most of us are likely to get to the real thing. At $89.99, the Thrustmaster steering wheel is a bargain, and you never have to worry about the financial repercussions of stacking a virtual Ferrari.