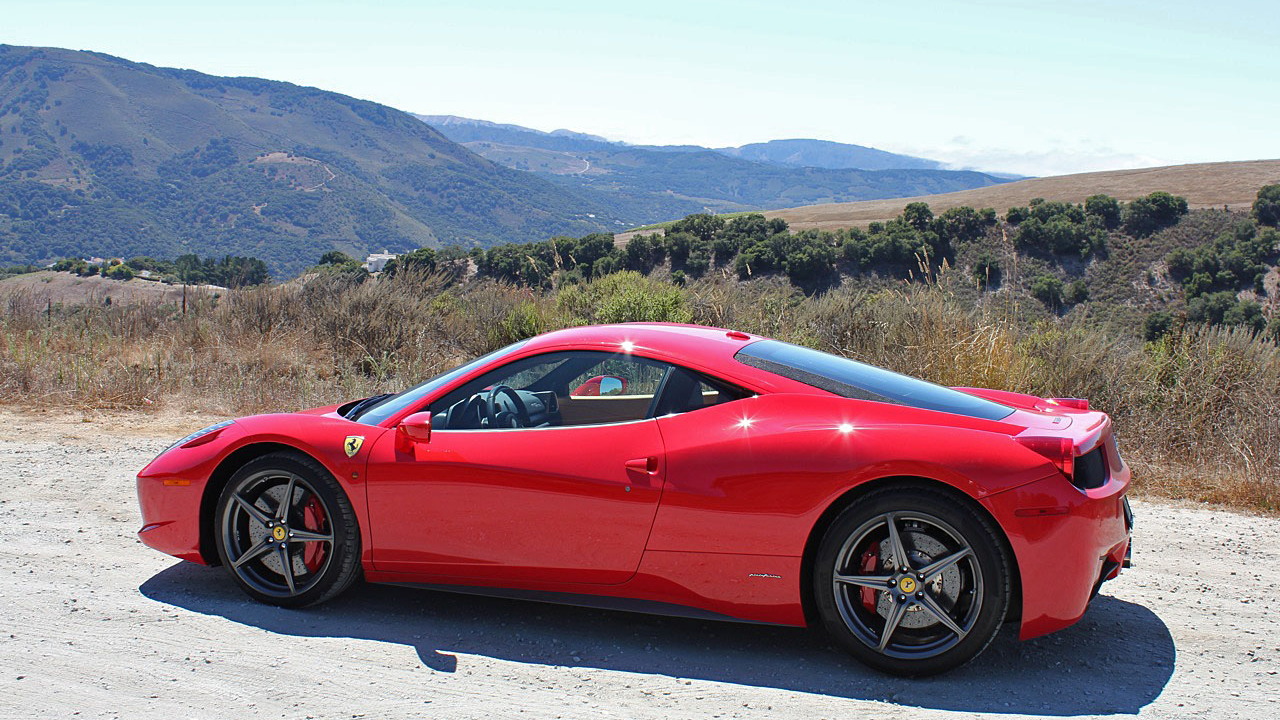 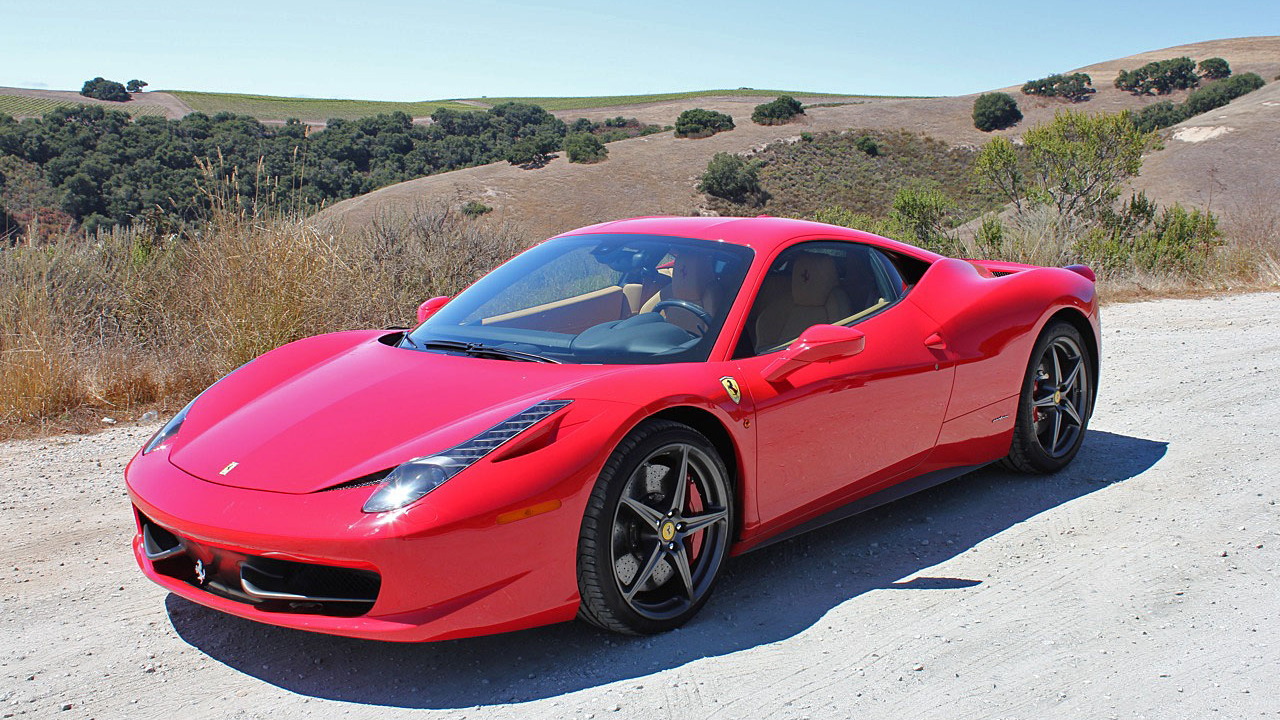 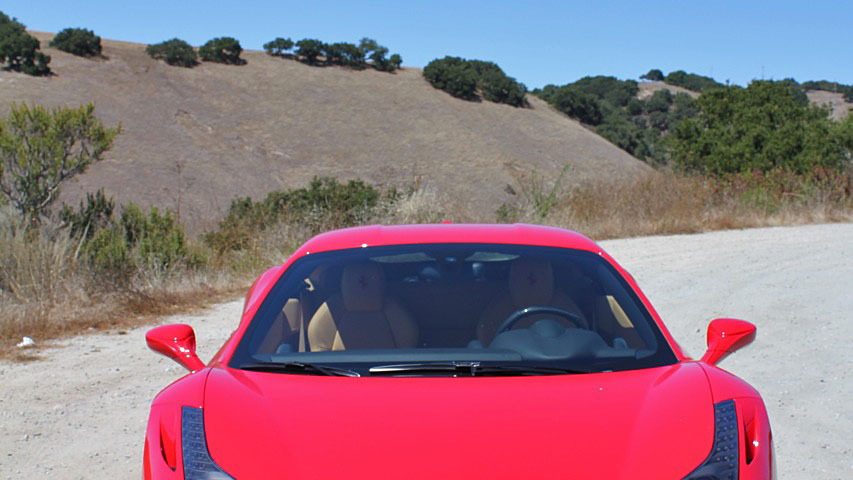 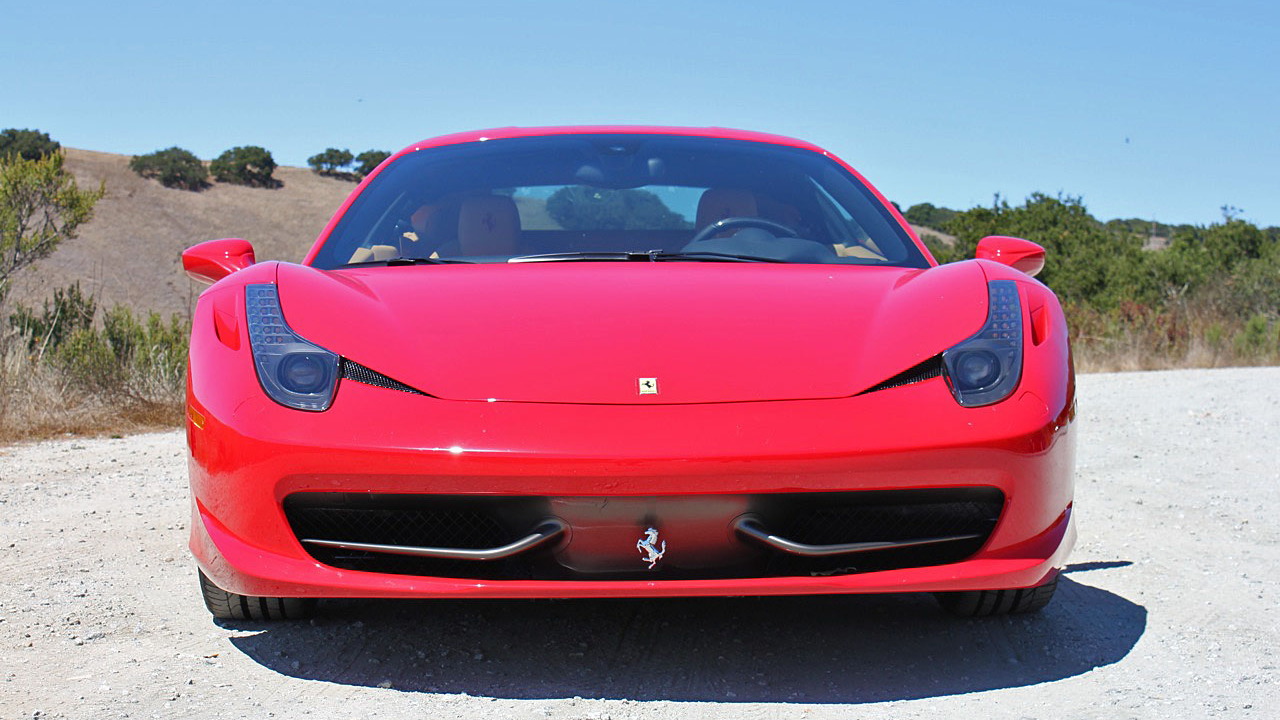 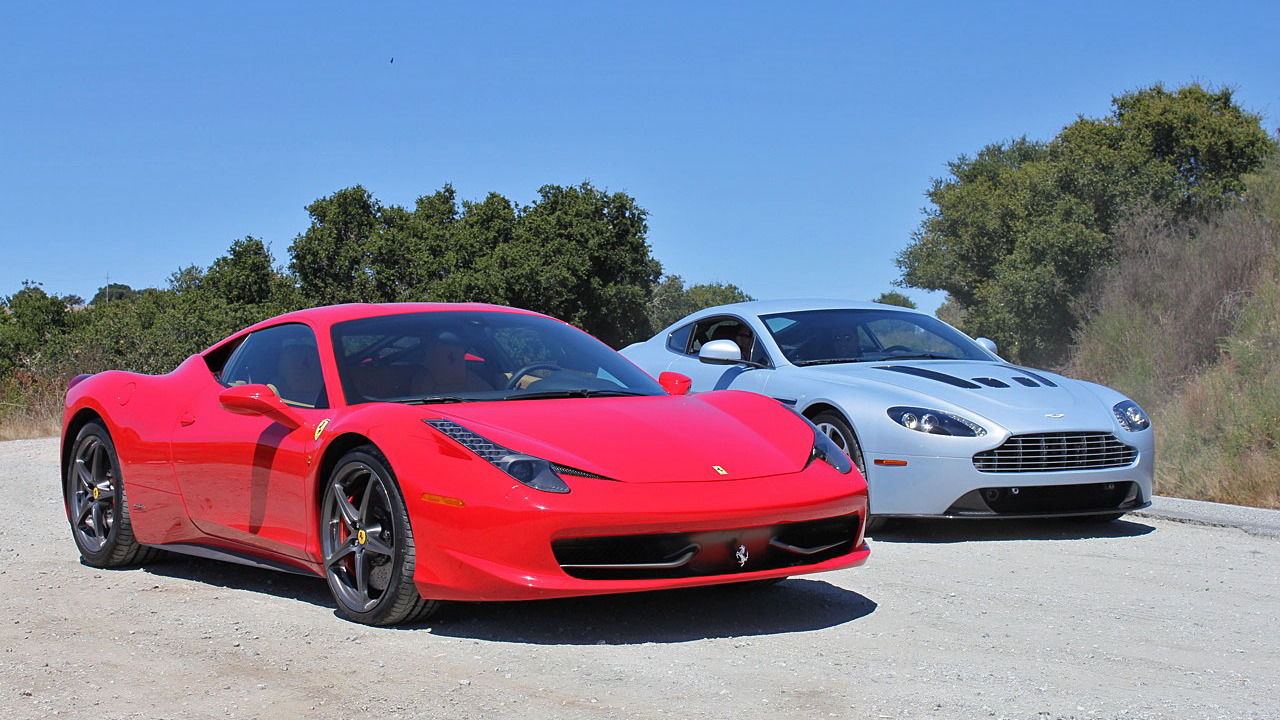 Ancient cars, owners nearly as old, straw hats and pink trousers. While this might be the appearance of the Pebble Beach Concours d'Elegance from the outside, that's not the whole story.

It is, to a degree, an accurate stereotype, but nestled in amongst the Delages, Delahayes, Talbots, and Tatras are a handful of the world's supercar elite, including the latest and hottest from Ferrari, Aston Martin, and more. I was lucky enough to pluck a diamond from that handful for a couple hours during the weekend: the Ferrari 458 Italia.

Beyond its sexy exterior and head-turning growl, the Italia is, at its root, a very good means of transport. Comfortable seats, ample head, leg, and shoulder room, and a level of quality to its build and materials surpassed only by the truly hyperluxurious.

But at the core, it's the driving experience you're after if you own a Ferrari. Sure, there's the Ferraristi, the Tifosi, the whole lifestyle element of Prancing Horse polos and Italian loafers. But at the end of the day, the thing Ferrari adds to the lifestyle mix is a heritage of race-proven performance. And the 458 Italia delivers.

Horsepower: 570. Torque: 440 pound-feet. Zero to 60 mph: under 3.3 seconds. Top speed: 202 mph. These figures give you a feel for the capabilities of the Italia, but none of them give you a feel for the feel of the Italia. You can strap enough rockets to a brick to deliver similar figures, but the driving experience wouldn't be all that rewarding.

The driving experience of the Italia, however, is the very definition of rewarding. Throttle response is fine-grained, precise and instantaneous. Shifting is simply the best of any paddle-operated gearbox I've driven in terms of time elapsed between request and response, which is as close to nothing as to be no different. Cars like the Mercedes-Benz SLS AMG, for example, while switching very quickly between gears, delay what feels like nearly a tenth of a second after the gear change, either up or down, is requested. That delay is functionally non-existent in the Italia, and it makes driving the car so much more intuitive, taking a layer of corner planning out of the equation.

Steering feel, however, is where the Italia really stands head and shoulders above the average sports or even supercar. Light enough to allow fine motorskills to make infinitesimal adjustments to the slip angle, yet not floaty in any way. There is, as far as I could tell in two trips up and down Laureles Canyon Road, no dead spot in the wheel's range whatsoever. The star of the steering show is the feedback.

That pebble laying loose on top of the road? Run over it, and you can tell whether you hit it with the inside shoulder or lodged it in one of the tread grooves. Enter a corner a touch too fast, and you'll feel the texture of the road as the tires slide across its surface, almost as if you were running your palms across the asphalt. But even beyond what the front wheels are doing, the steering seems to communicate, in harmony with the seat, what the rears are doing as well, but through your hands as well as your backside.

Other carmakers deliver excellent steering feel and comparable handling, but the Italia stands out even among this stiff competition. It's a borderline magical experience. My initiation into the Ferrari fold was a good one.

It's hard to get much more out of a car in a couple whirlwind hours in the frenetic setting of the Pebble Beach Concours and environs, but with luck we'll get behind the wheel again soon to bring you more on the car's feel, as well as an update on whether the magic lasts or if the first blush of romance is spoiled on the second date.

Also, in just a few days we'll have our first drive of the 2010 Aston Martin V12 Vantage from Pebble Beach for you too, including how it compares to the Italia.