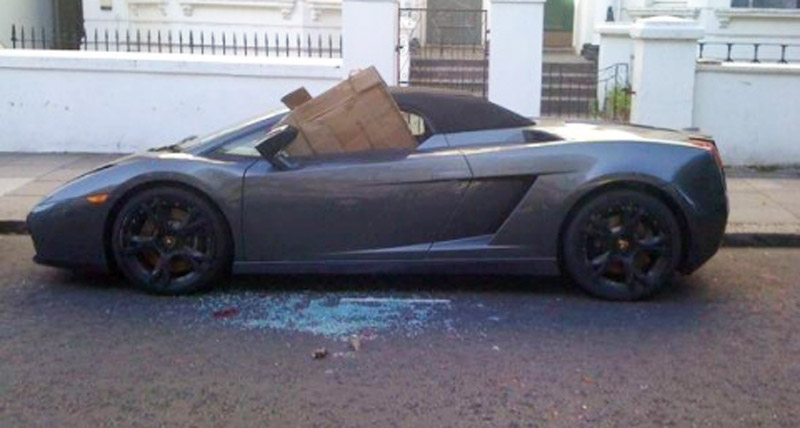 Wrecked Lamborghini Gallardo Spyder on the streets of London

While it pales in comparison to the human tragedy that’s taken place across London these past few days, it’s still sad to see a perfectly fine Lamborghini Gallardo Spyder with its windows smashed and its body dented by a mindless mob.

This is just one example of numerous expensive cars being thrashed by London rioters and we bet there’ll be even more expensive models in worse condition appearing in the headlines over the coming days.

At least this one looks to be completely repairable, which we can’t say for the dozens of burnt our cars that have been depicted in the media.

While the situation in London and other British cities where rioters have been reported is starting to calm down, we still hope that no more cars end up like this sad looking Lamborghini.

We also hope that this wasn’t the Lamborghini Gallardo Spyder recently acquired by Top Gear host Richard Hammond, but then again his one was black and not grey.