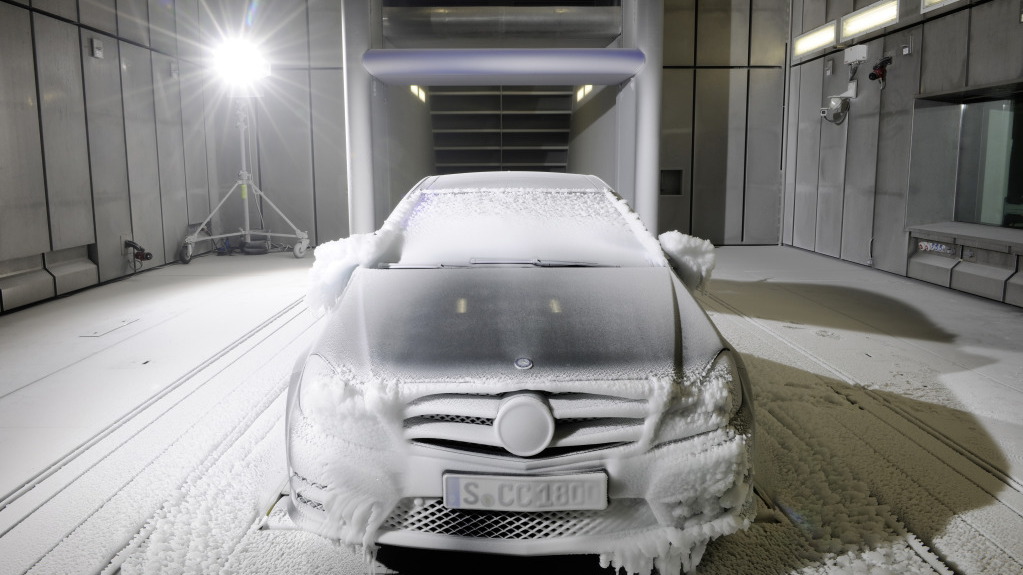 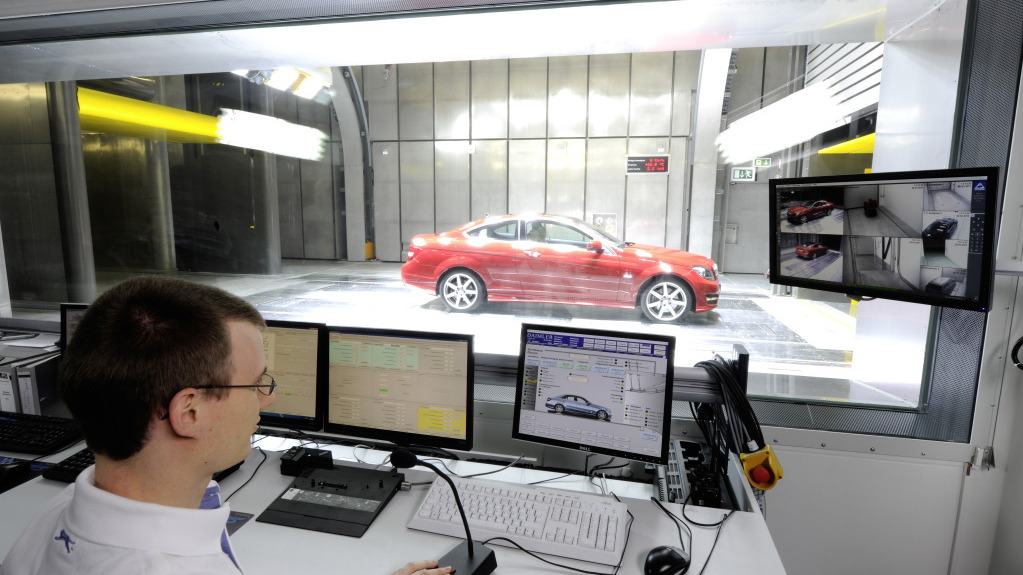 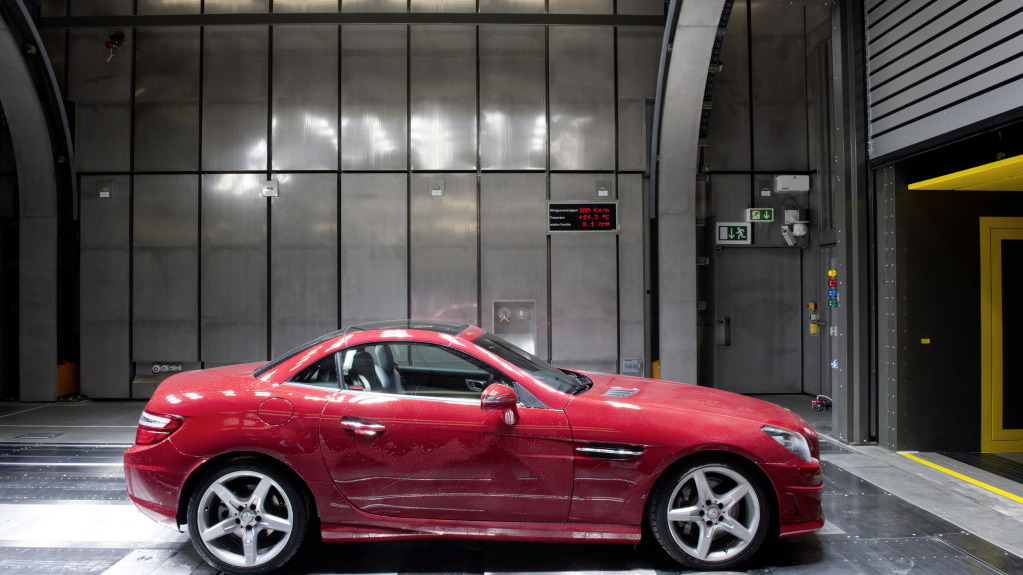 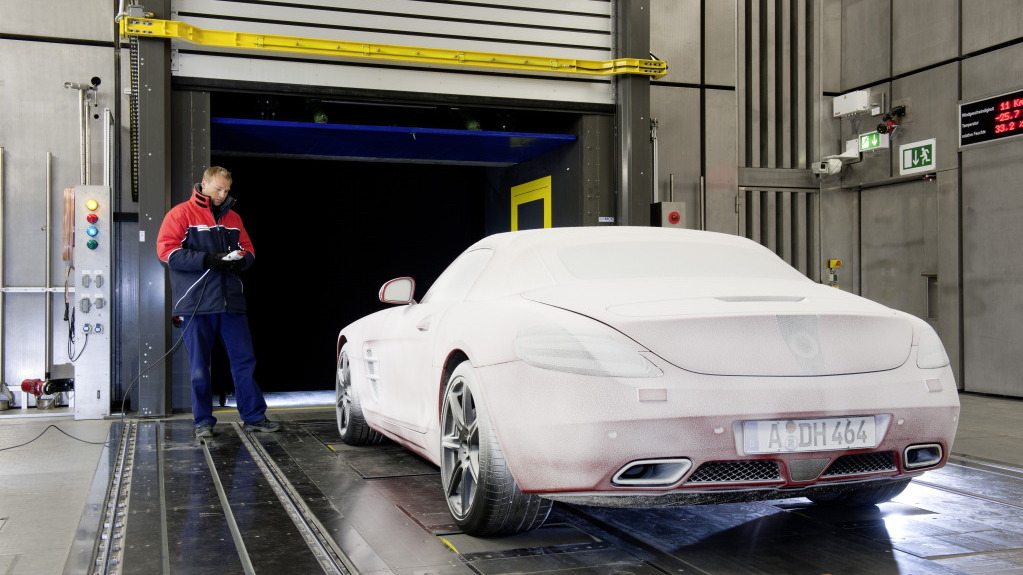 One minute it's freezing cold, the next you're battling with a hurricane, and then finally the sun comes out for tropical temperatures.

No, it's not some futuristic vision of a world in the grips of rapid climate change, it's actually the conditions available in the new wind tunnels used by Mercedes-Benz at its Sindelfingen Technology Center in Stuttgart, Germany.

Carmakers have for many years send development vehicles all around the world in order to ensure they operate under the most extreme conditions. From the freezing temperatures of the Arctic Circle to the baking heat of Death Valley, companies like Mercedes-Benz need to know their cars will cope whatever their customers throw at them.

Weather being weather though conditions can vary, but Mercedes' new wind tunnels allow engineers to precisely control the climate. This allows them to test components and vehicles very early in the development process, rather than discovering problems later when near-production models are sent around the world.

The tunnels can be used to create some pretty extreme conditions: Temperatures from minus 40 degrees Farenheit to plus 140 degrees, hurricane-like windspeeds of 165 miles per hour, and all kinds of precipitation from tropical rainstorms to heavy snowstorms. Each tunnel also has a rolling dynamometer that allows road speeds of up to 165mph so the cars can be tested under simulated high speeds in any conditions.

For a manufacturer like Mercedes-Benz that prides itself on quality, real climates sometimes aren't extreme enough for testing.

"Even in the arctic regions of Sweden, the temperatures in winter are not always as low as we would like them to be for our test drives," explains Dr Thomas Weber from Daimler AG's Research and Development department, "Nor can we always rely on getting the extreme high summer temperatures we need for testing... In our new climatic wind tunnels we can create whatever climate conditions we want at any time of year, whenever we need them".

The range of conditions allows Mercedes-Benz to test all aspects of its cars, from how the brakes stand up to punishing heat and heavy use to how electronic systems cope in humidity and monsoons and whether the windshield wipers are up to the task. The room is even soundproofed so that engineers can listen for little creaks or clicks that might occur under certain temperatures and in certain conditions.

Being in control of the weather also allows Mercedes to repeat the same test over and over under exactly the same conditions to verify the results of testing.

It's safer too - should the tests prove too punishing and something catch fire, the tunnel is equipped with extinguishers that emerge from around the test rig and fire a mist of water over a fire, regardless of whether or not an engineer is inside the vehicle. This improves the safety of the testing and also minimizes potential damage to the hugely expensive early prototypes used.

Not only do the climate tunnels expand the scope for climate testing, but it drastically reduces the cost and environmental impact of shipping vehicles all around the world over a much greater range of their development.

If you're lucky enough to be buying a brand new Mercedes-Benz any time in the near future, it's nice to know that whatever you throw at it, it's probably been through worse during its development.