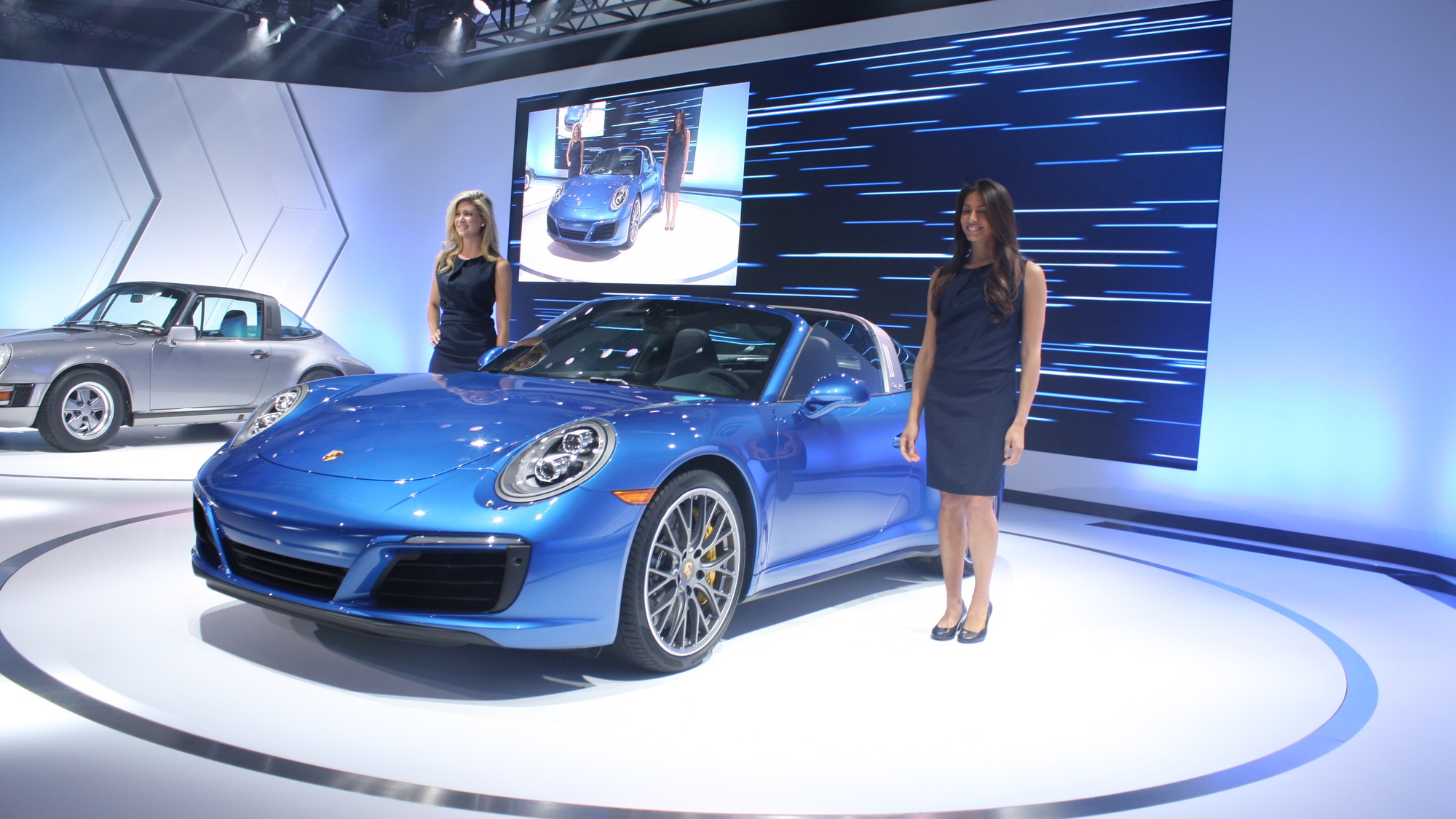 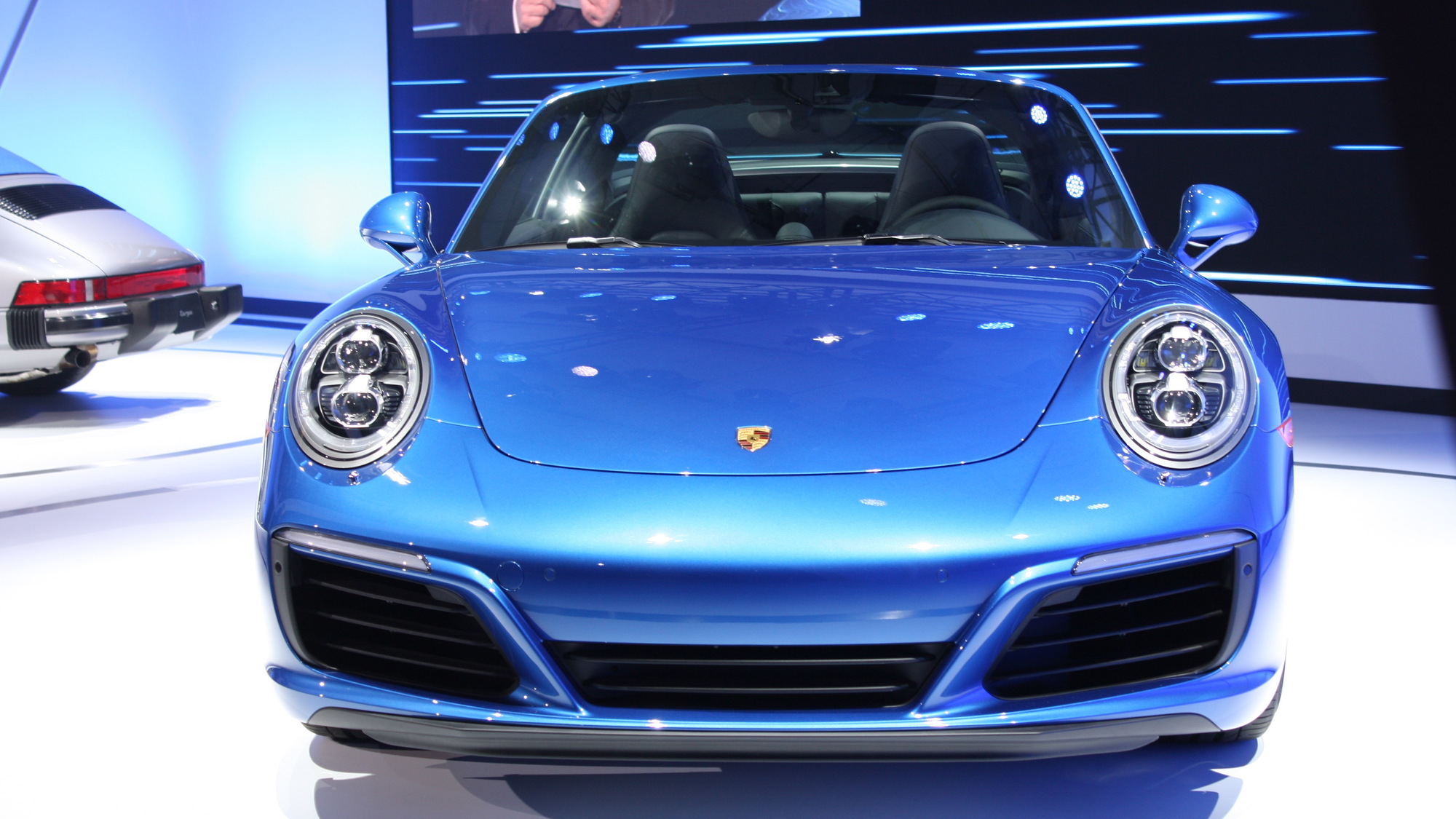 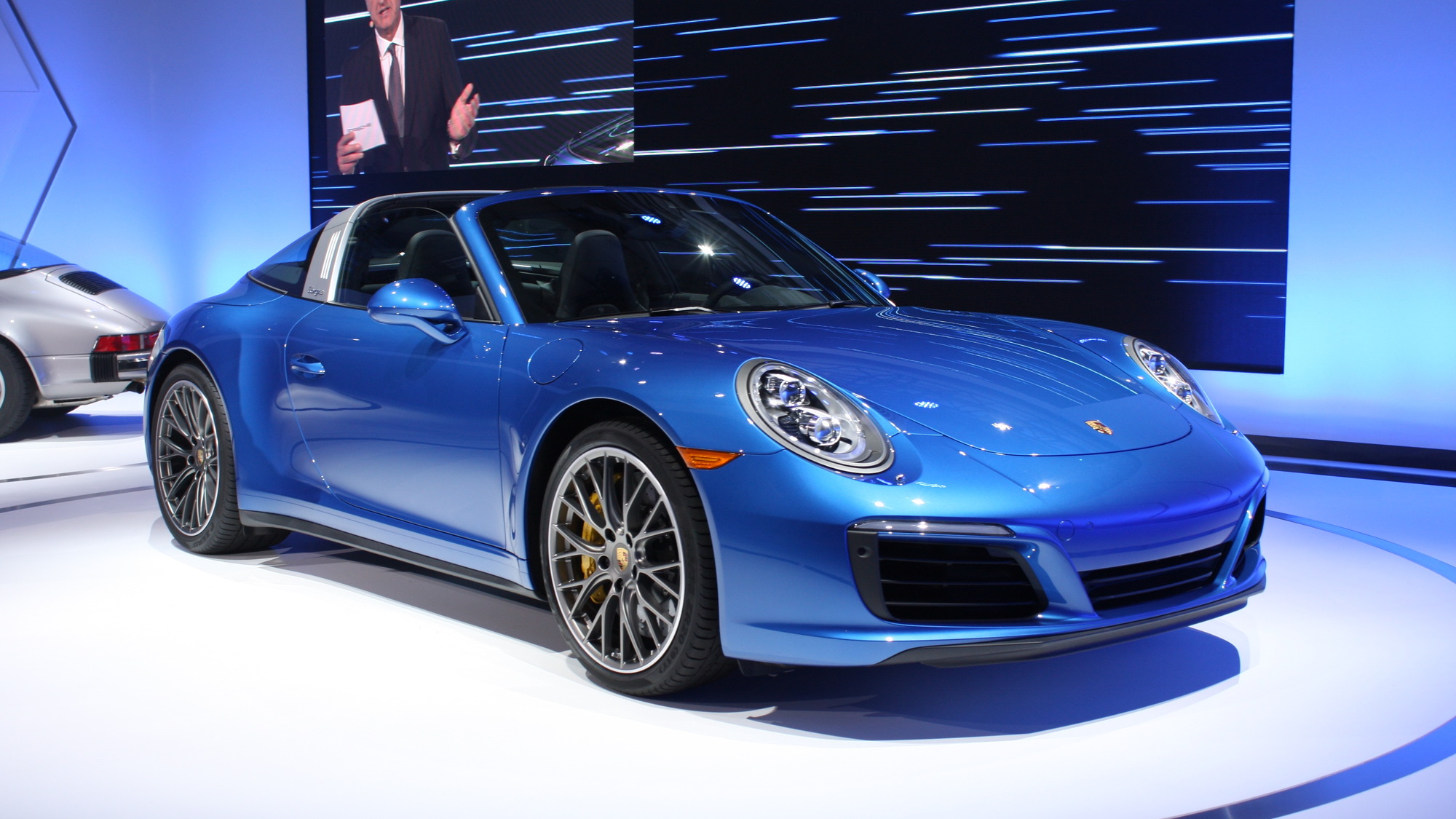 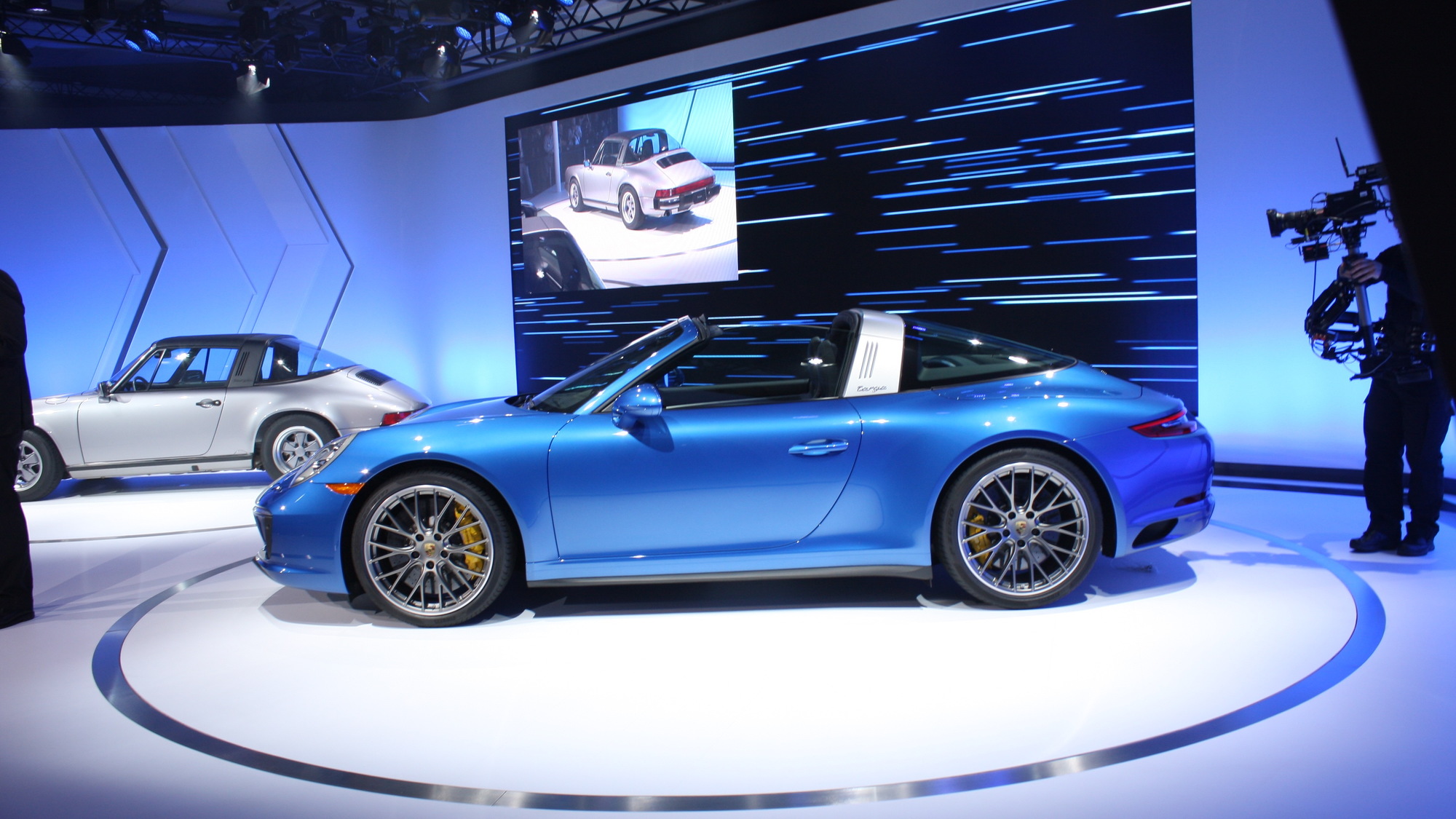 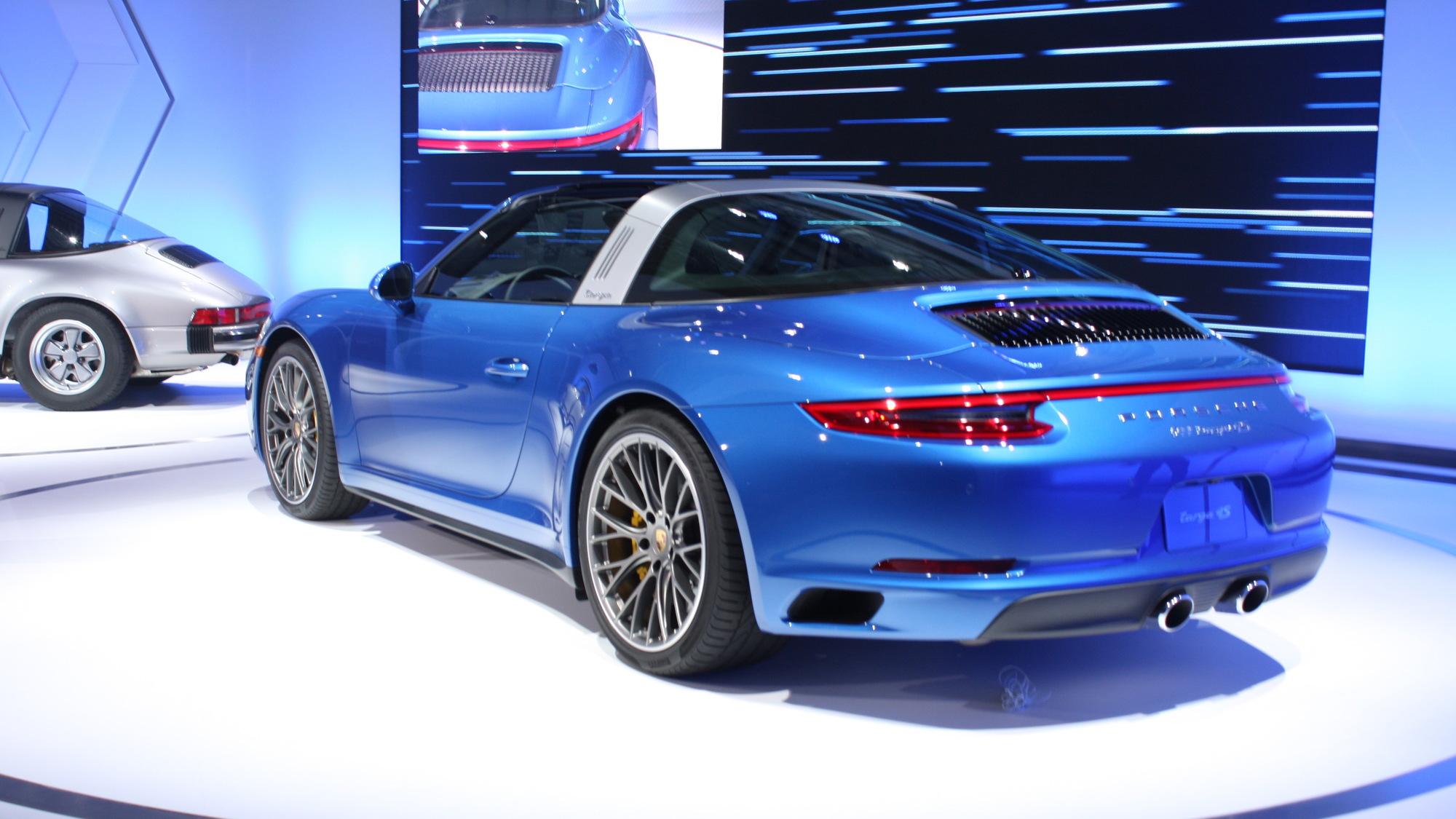 Porsche has its updated 911 range on show at this week’s Los Angeles Auto Show, the first time the cars have been shown on local soil. At present we only have the base Carrera plus the all-wheel-drive Carrera 4 and Targa 4 (there isn’t a rear-wheel-drive Targa), but there will be numerous other updated 911 variants revealed over the coming year. It’s the updated Targa 4 that’s the feature of our live shots gallery.

The current Targa 4 was all-new for the 2014 model year. The arrival of this updated version coincides with Porsche’s mid-cycle update for the entire 911 range. The biggest change is the introduction of a new twin-turbocharged 3.0-liter flat-six engine for the tamer 911 variants. Previously, these cars were naturally aspirated.

The Targa 4 comes with 370 horsepower and 331 pound-feet torque while the sportier Targa 4S gets 420 hp and 368 lb-ft. When equipped with the available seven-speed PDK dual-clutch transmission and Sport Chrono package, the Targa 4S will accelerate to 62 mph from rest in just 4.0 seconds.

Read our previous piece for details on all the other changes made on the updated Targa 4. The car arrives in showrooms next spring, as a 2017 model.