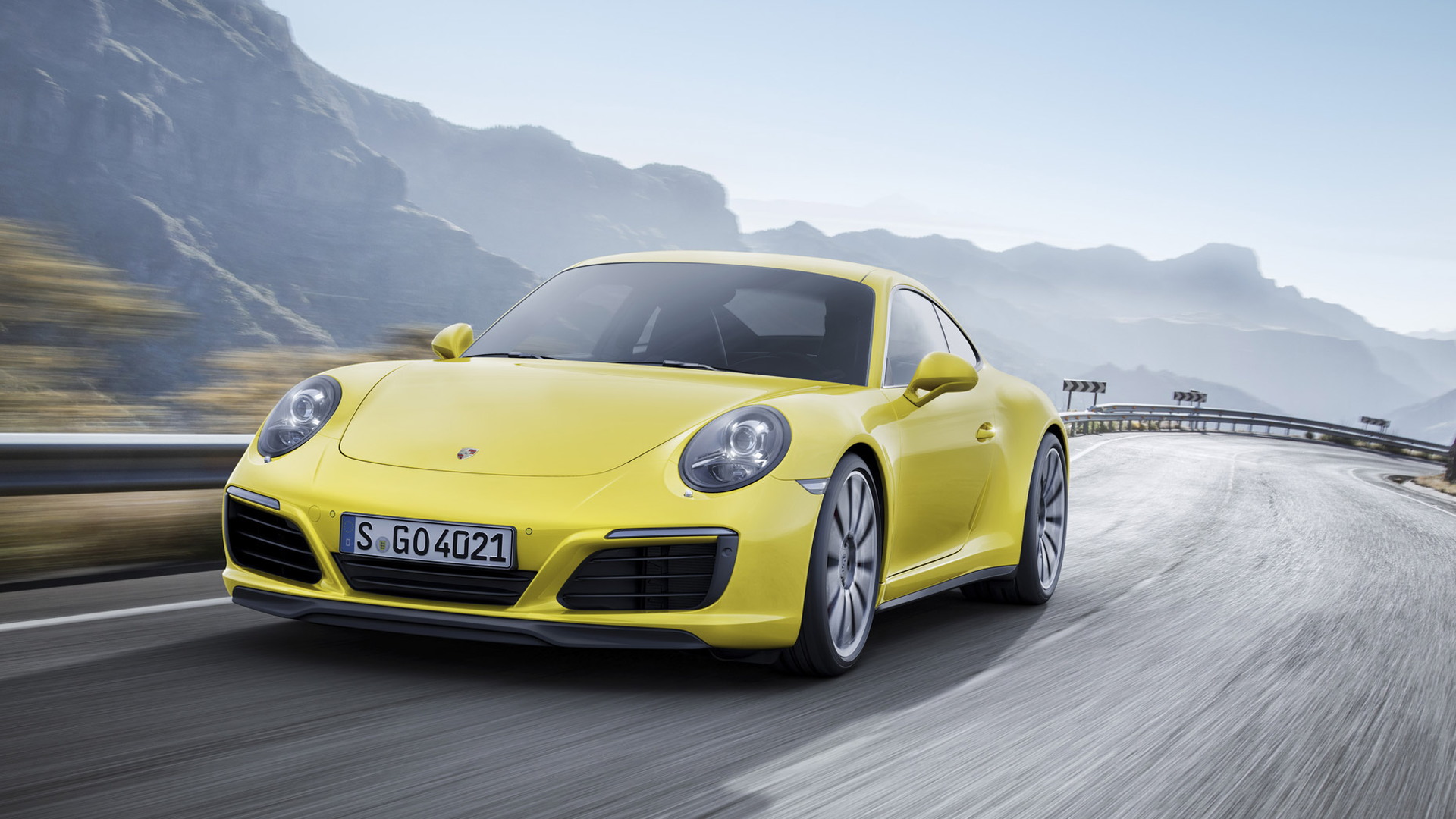 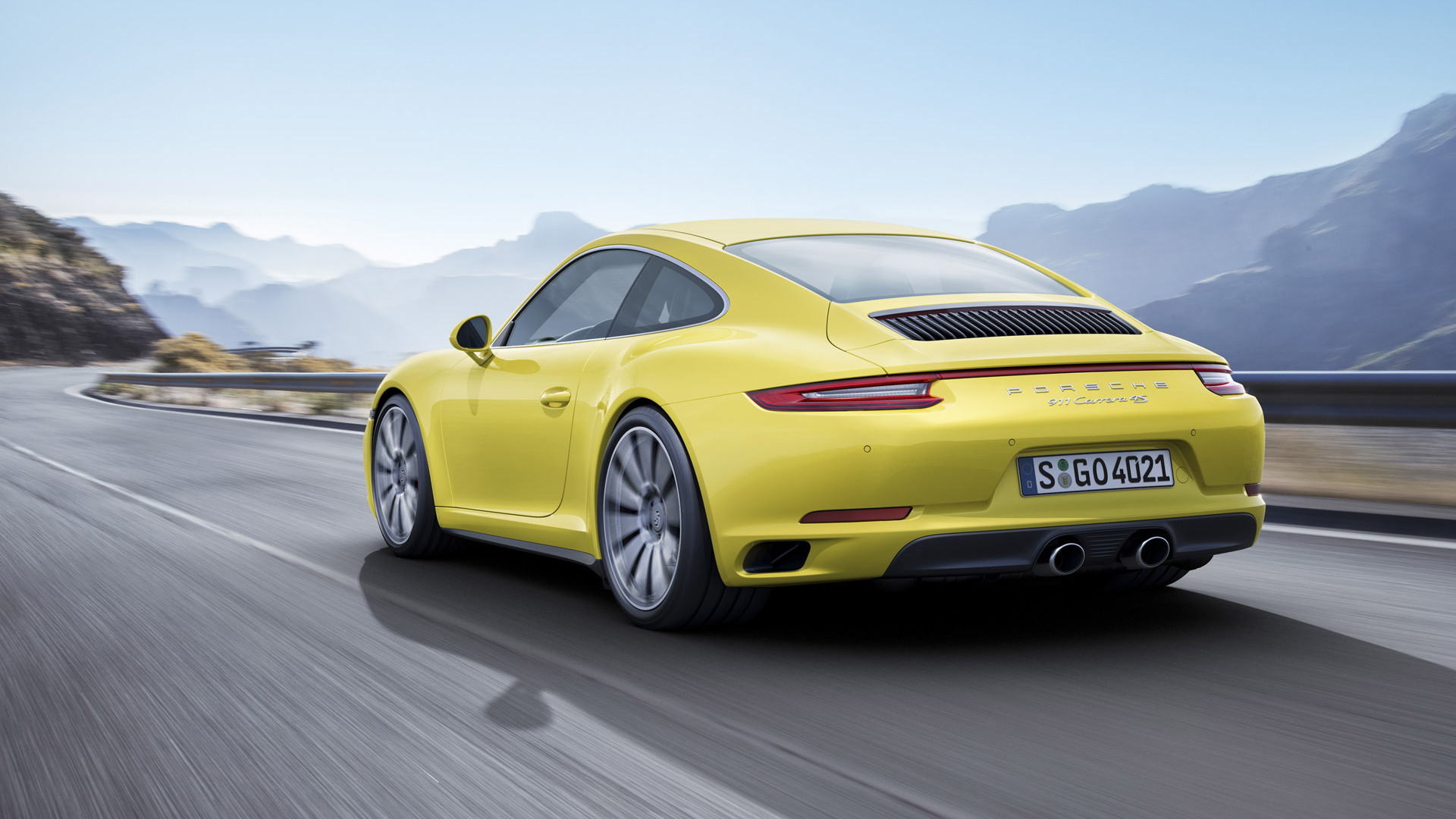 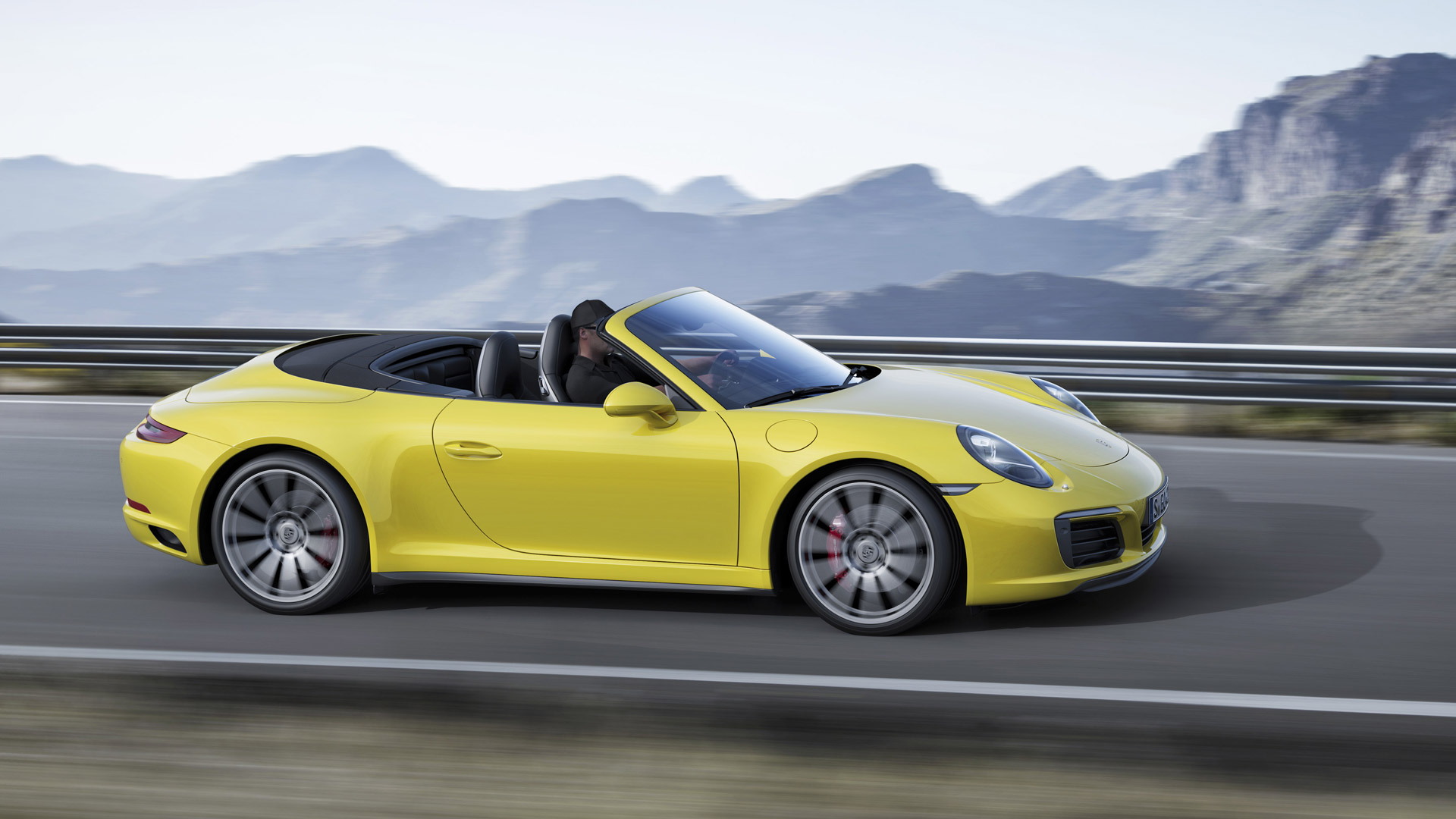 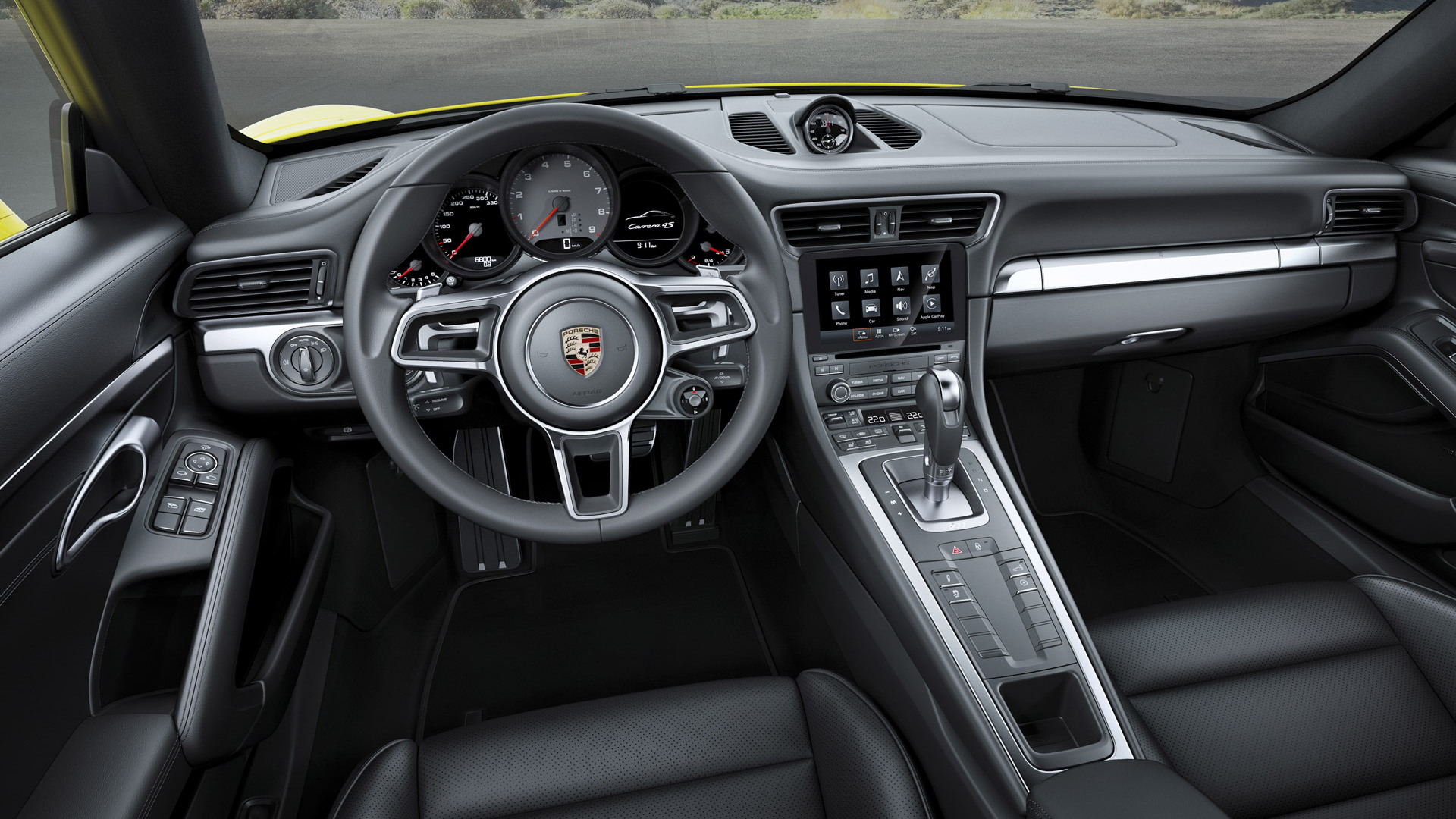 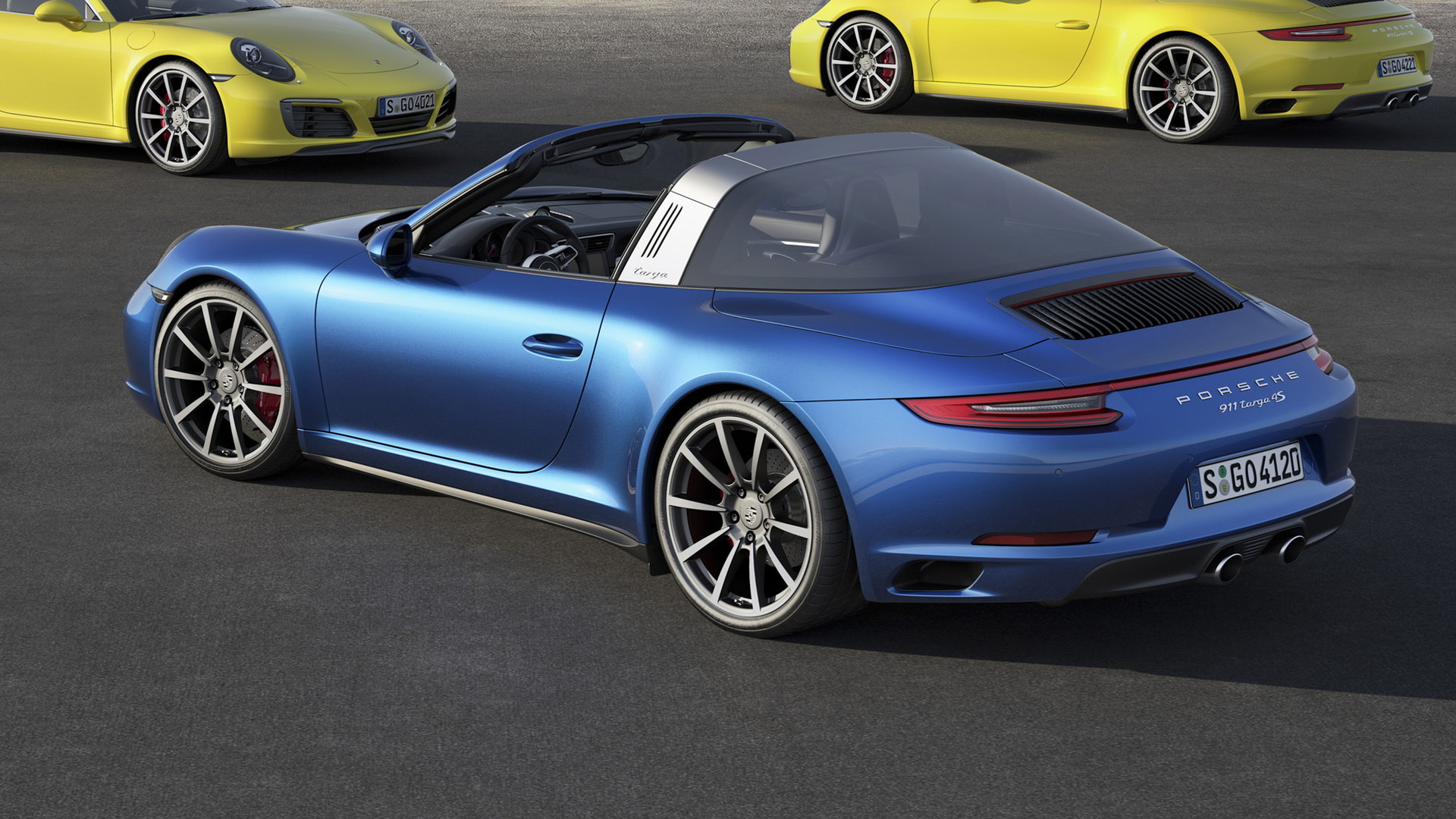 Porsche’s 911 range is currently undergoing a mid-cycle update, with the updated models being gradually introduced over the coming year. The first of these updated models were the 2017 Carrera and Carrera S, which made their debut at the recent 2015 Frankfurt Auto Show and go on sale early next year. Now, Porsche has unveiled the updated Carrera 4, Carrera 4S, Targa 4 and Targa 4S.

The key change with this mid-cycle update is the introduction of a smaller, turbocharged engine across the range. The 911’s classic flat-six engine design remains but now there’s a pair of turbochargers fitted to each of the cars. They all feature a common 3.0-liter displacement, with output coming in at 370 horsepower and 331 pound-feet torque in base form and 420 hp and 368 lb-ft in higher-spec S-badged cars.

Top speeds vary according to model and equipment between 178 and 189 mph.

Another important change for the updated 911 models is the fitment of the adaptive PASM chassis (Porsche Active Suspension Management) system with its 10-millimeter lower ride height as standard. And to further aid handling, Porsche is offering its rear-wheel-steering system as an option. The system, explained in the video below, was previously only available on high-end 911 variants like the GT3 and Turbo.

As these 911 models all feature all-wheel drive, they come with the 911’s wider body which has rear fenders pushed 44 millimeters further outwards compared to the rear-wheel-drive models. Visual updates include a revised light strip that runs across the rear of the car, new daytime running lights, door handles without recess covers, revised tail lights and a new rear lid with vertical louvers.

Moving inside, you’ll notice the new Porsche Communication Management System (PCM) with voice control. This interface can also be operated by performing multi-touch gestures on the seven-inch display, similar to operating a smartphone. User inputs by handwriting are also possible. Also worth a mention is the updated navigation system and Apple CarPlay iPhone integration.

Pricing and availability for the United States should be announced soon, as we’ll be seeing these updated 911 models at next month’s 2015 Los Angeles Auto Show. For more show coverage, head to our dedicated hub.