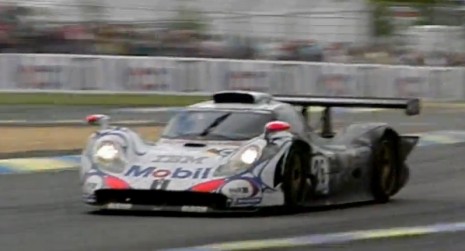 Porsche returns to Le Mans for the 2014 season

Porsche has officially thrown its hat back into the Le Mans prototype ring, with a newly developed LMP1 prototype racer in the works for the 2014 season. This video gives us a look at some past Porsche winners at Le Mans.

Porsche, of course, has many winners to choose from in its history, having won overall at the legendary endurance race 16 times. The new team will be a works-run affair, but as yet, no details on the driver lineup or the car itself have surfaced, aside from the hint that Porsche will build on its success with its RS Spyder LMP2 car, campaigned from 2006-2008 by a factory-backed Penske Racing team and through 2010 by privateers.

Will Porsche be able to start from (near) scratch and beat back Audi and Peugeot in three years' time?