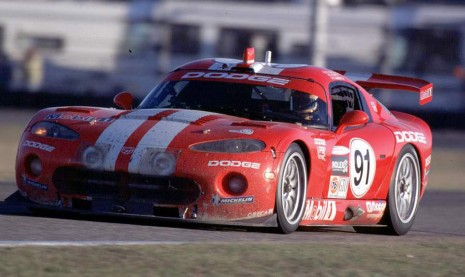 A little over a decade ago Chrysler was dominating the international GT circuit with its first-generation Dodge Viper race car, taking home a hat-trick of GTS-class wins at the 24 Hours of Le Mans from 1998 to 2000, as well as a win at the 24 Hours of Daytona during the same period. Now, with a brand new 2013 Dodge Viper being readied for launch next year, Chrysler is once again considering a return to GT racing.

The information was revealed by Chrysler's motorsport manager Gary Johnson, who spoke recently with AutoSport.

"We are investigating some things and seeing what is out there, although no decision has been made yet. We have to be very careful about what we do," he said.

Importantly, Chrysler has allegedly already engaged motorsports and engineering firm Riley Technologies, a specialist builder of Daytona Prototype chassis for Grand-Am racing, to evaluate its third-generation Viper, which is set to go on sale towards the end of next year.

If all goes to plan, the new Viper will likely compete in the GTE-class (formerly GT2) alongside the Ferrari 458 Italia, Chevrolet Corvette and Porsche 911 race cars.