Whilst Skodas have never been sold in the United States, gearheads probably know a little about the Czech Republic-based subsiduary of the Volkswagen Audi Group and some of the great cars the company has produced since becoming part of the VAG empire.

As such, the brand has shaken off the reputation it once had as the butt of many jokes. Even so, you might approach the notion of a 200 mile per hour Skoda with some trepidation. Pull the other one, Skoda!

Nevertheless, the car exists and Skoda is building a 600 horsepower version of its Octavia hatchback to break the double-ton at Bonneville Speed Week in August this year.

The car will set a new record as the first 200mph Skoda. The attempt is in celebration of a decade of Skoda's vRS performance brand. Sold in Europe, the road-going Octavia vRS is essentially a 2011 Volkswagen GTI in a different body, offering the same levels of performance with added practicality and a lower price. 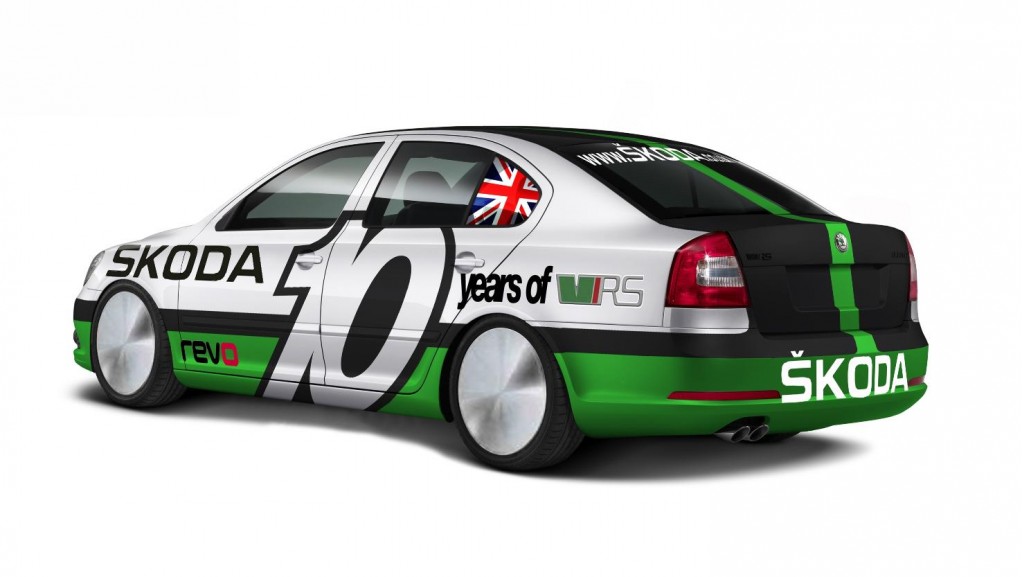 The record attempt Octavia uses the standard VAG 2.0 liter four-cylinder TSI turbocharged gasoline engine as found in the GTI, but uses an uprated Garret turbocharger running at 26-28 PSI of boost and high octane water-methanol race fuel to raise power from 197 horsepower to a tire-shredding 600 horsepower.

Skoda has also swapped the regular 6-speed manual transmission with the six-speed manual from its GreenLine II diesel Octavia (for longer ratios) and added a limited slip differential for improving traction. Also from the eco special are its 15" steel wheels, fitted with special Goodyear Eagle Land Speed tires.

The Bonneville Speed Week runs from August 13 to August 20. We wish Skoda good luck in its record attempt!