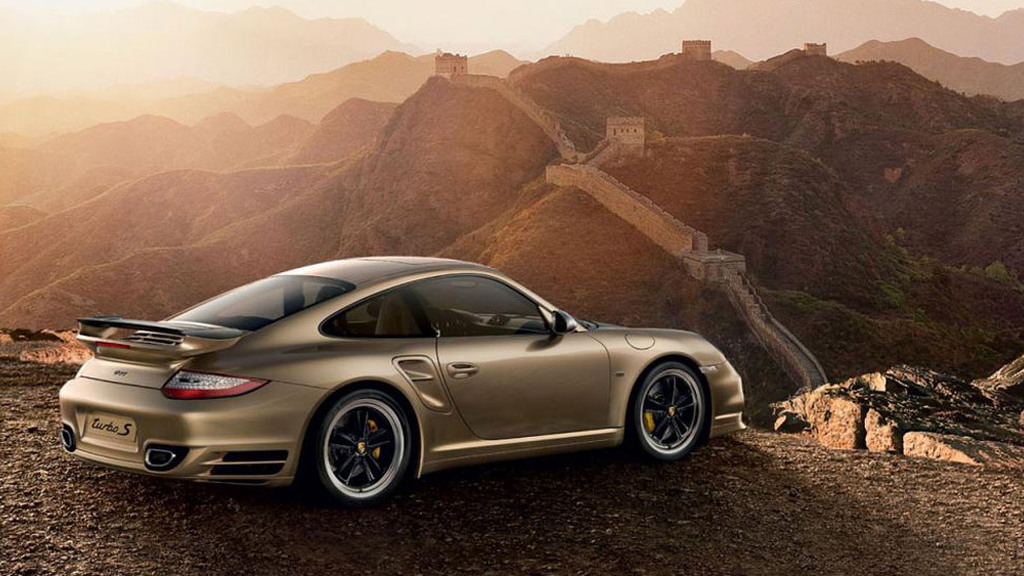 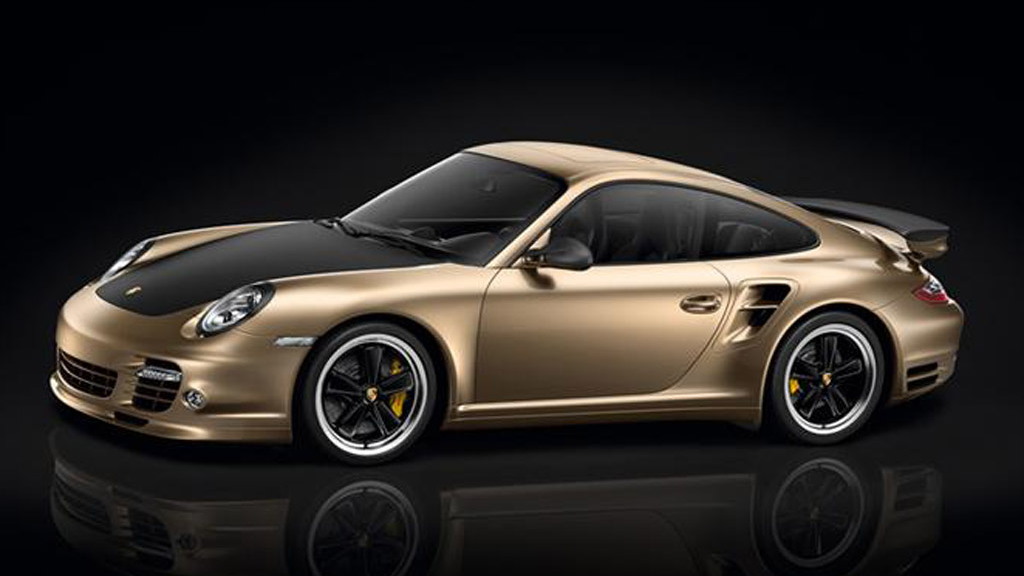 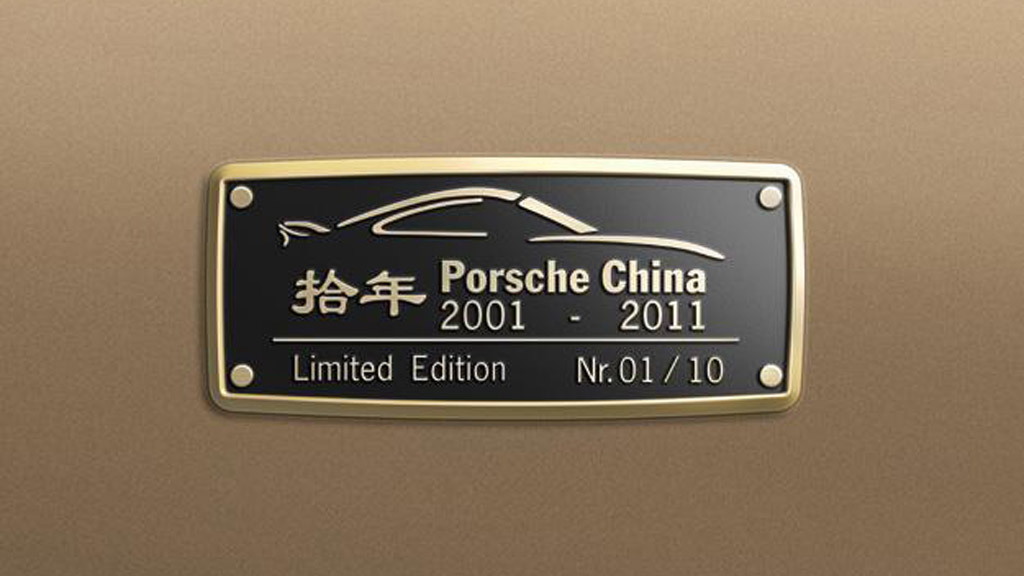 Porsche is celebrating the 10th anniversary of its launch in China and possibly one of the best business decisions the automaker has ever made. Since the opening of Porsche Center Beijing Central in 2001, China has grown to become the second largest market for Porsche worldwide, achieving stunning growth over the past decade: from 27 cars sold in 2002, to 13,856 last year.

In honor of the 10 year milestone, Porsche has rolled out the 911 Turbo S China 10th Anniversary Edition, which will be built in a limited run of just 10 cars. Each will be finished in a unique ‘Gold Bronze’ exterior finish that’s contrasted against a carbon fiber hood, black headlight surrounds and matte black wheels.

Inside, the gold and black theme continues, with a combination of leather and Alcantara filling the cabin. There’s also golden stitching and more carbon fiber used on the door panels and sills. Each car also features a uniquely numbered plaque denoting the 911’s number in the limited production run so owners will always remember just how special their cars are.

Being based on the 2011 Porsche 911 Turbo S, the cars also get a twin-turbocharged 3.8-liter flat-six engine delivering 530 horsepower and 516 pound-feet of torque. This is matched exclusively to a seven-speed Porsche-Doppelkupplungsgetriebe (PDK) dual clutch transmission and all-wheel drive configuration.

Combined with the launch control system from the standard Sport Chrono Package, the 911 Turbo S China 10th Anniversary Edition will accelerate from a standstill to 62 mph in 3.3 seconds and reach 124 mph in 10.8 seconds. Top speed is 195 mph.

Of course, all 10 examples will be limited to the Chinese market but you can still get your hands on the regular 2011 Porsche 911 Turbo S, which you can read about by clicking here.