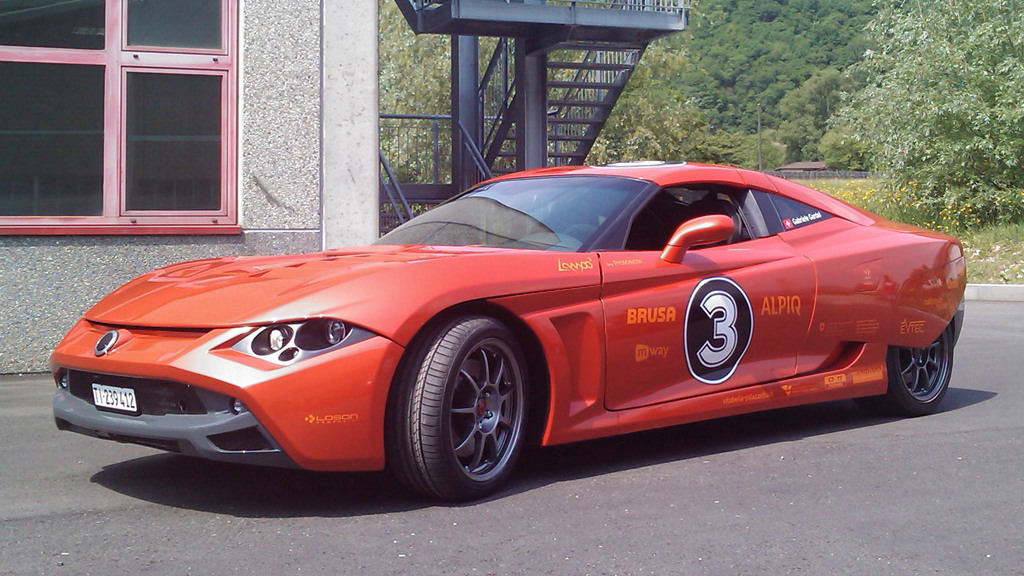 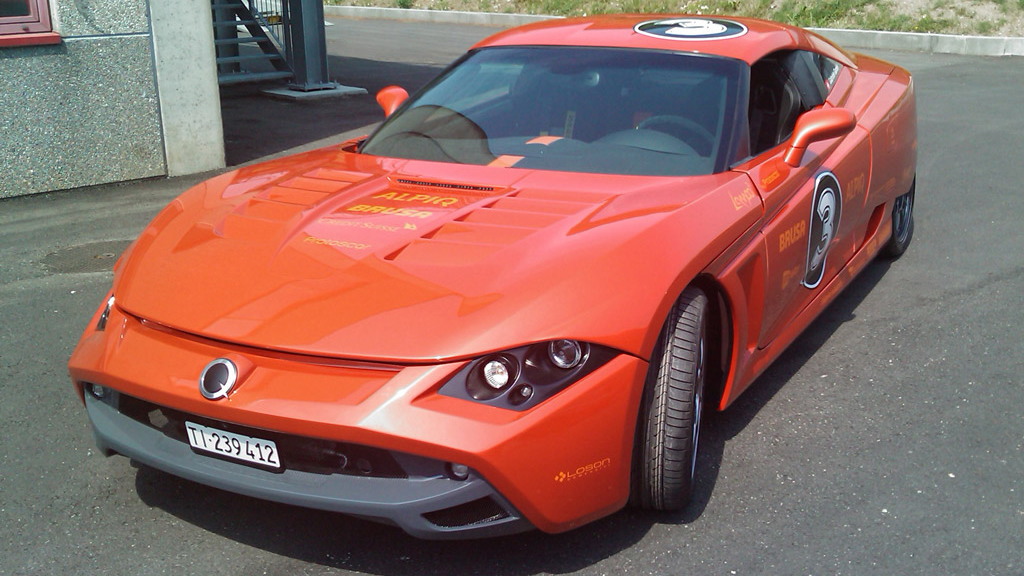 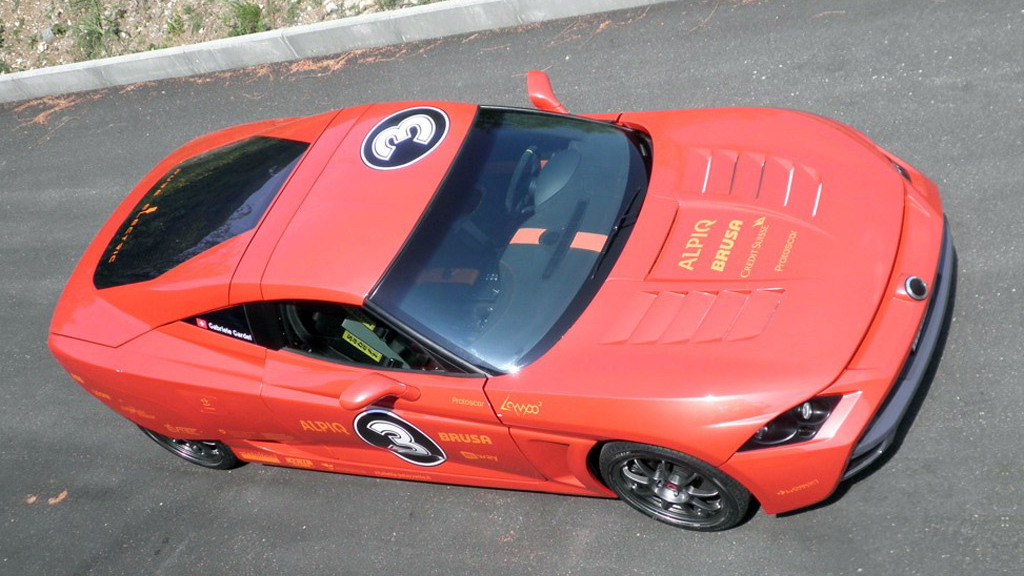 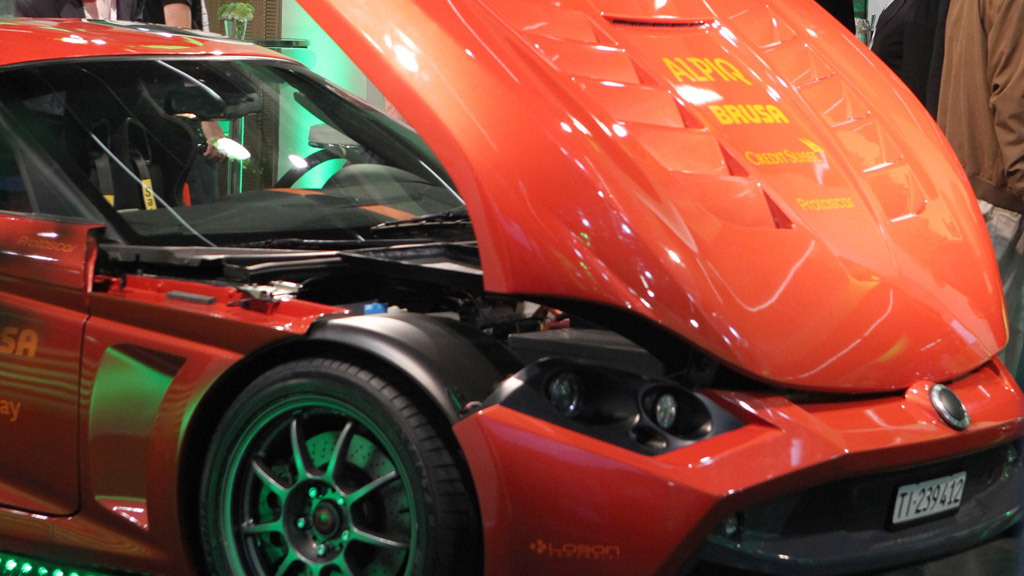 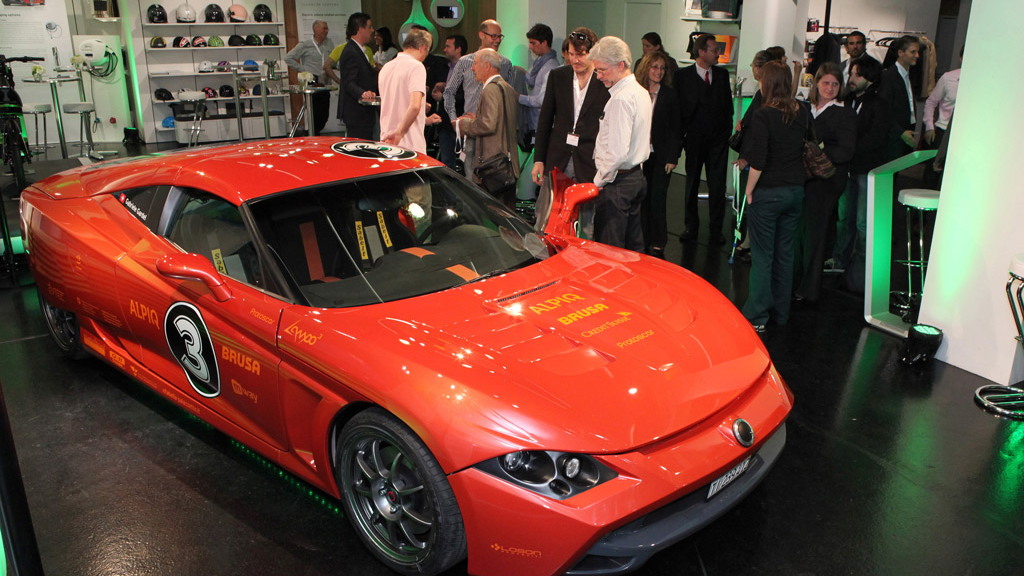 In 2009 Swiss engineering and design firm Protoscar unveiled its first Lampo electric sports car prototype, and just one year later the firm unveiled the follow up to the original Lampo, the aptly named Lampo2. Now, almost exactly two years after the unveiling of the first Lampo prototype, the guys at Protoscar have unveiled, you guessed it, the Lampo3 electric sports car prototype.

The Protoscar Lampo3 is described as a ‘purpose-built’ prototype, in this case a high-performance sports car. It features a light weight chassis over which a 2+2 sports car body is draped. Power comes from three electric motors--two on the rear axle and one on the front--rated at a combined output of 420 kW (560 horsepower) and 664 pound-feet of torque.

This design allows for improved dynamic behavior of the car thanks to optimized torque vectoring, not only between front and rear axles, but also between the two rear wheels (the motors actively drive on different adapted rpms for during curves, where the inner wheel turns slower than the outer wheel).

Feeding the motors is a 32 kWh lithium-ion battery, which is good for a range of 124 miles. Performance numbers come in at 4.5 seconds for the 0-62 mph sprint and a top speed of 137 mph.

If you’re thinking Protoscar should just hurry up and launch a production version, you’re not alone. Unfortunately, there are still no signs that Protoscar plans to start production of an electric sports car anytime soon.

Part of the reason is the firm’s noble philosophy of a ‘Well to Wheel’ approach for electric cars. Protoscar is not only focused on zero emission vehicles, but also the energy needed to let them move.

In keeping with this philosophy, Protoscar’s range of prototypes are all powered by solar energy, produced by a remote 16 kWh photovoltaic plant located in Tuscany, Italy. The energy produced is put into the global grid and charges the Lampo prototypes around Europe when needed. The goal is to self-produce all the energy needed for the cars to counterbalance the entire consumption.

Note that Protoscar did recently launch a fast-charge system for electric cars, which it presented back in March at the 2011 Geneva Motor Show.