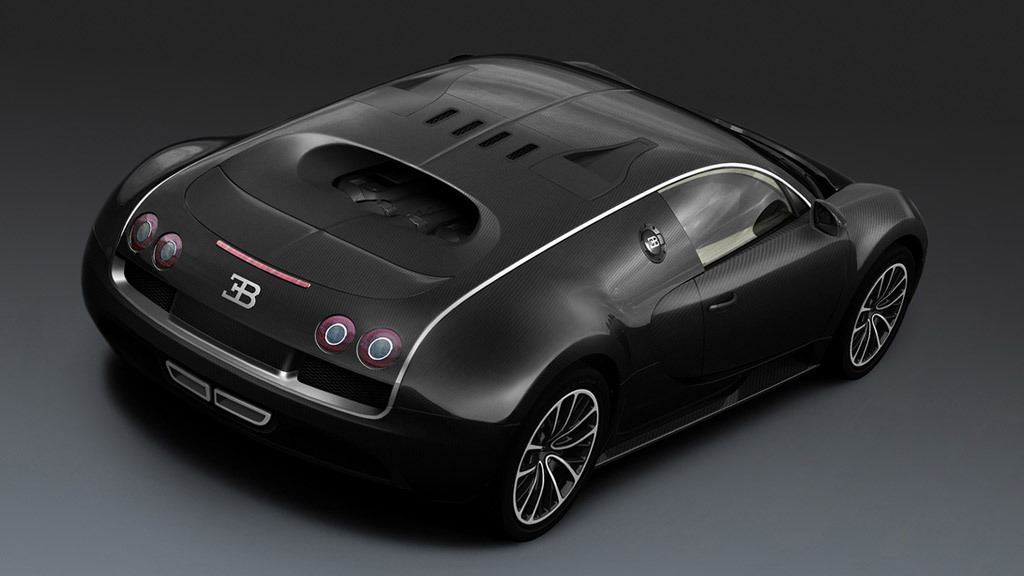 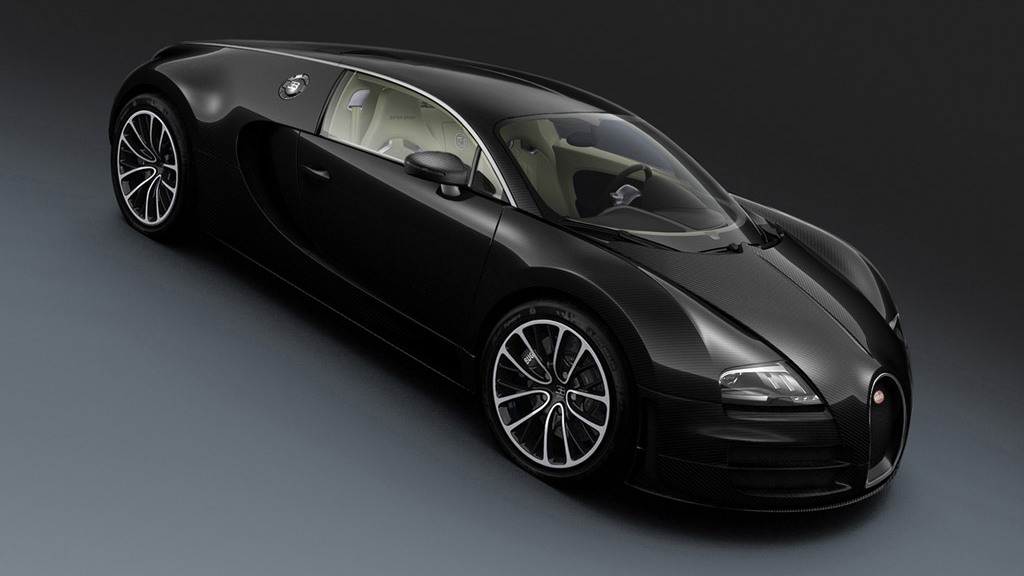 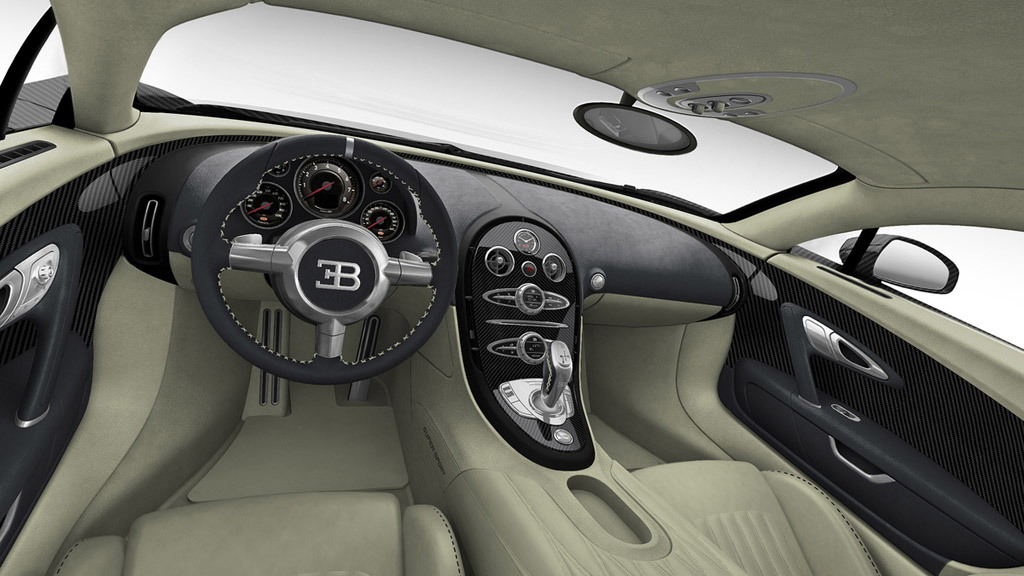 The Bugatti brand is making an official launch into the lucrative Chinese market and to make its announcement known two new special edition Veyrons were unveiled at the 2011 Shanghai Auto Show this week. The unveiling also marks the fastest production car in the world, the newer Veyron Super Sport's, debut in Asia and as such one of the special edition models is based on this rarest of rare cars.

The Bugatti Veyron Super Sport presented in Shanghai is labeled the Black Carbon and not surprisingly is finished completely in black visible carbon fiber. The details in the polished and anodized aluminum set a striking contrast as the outer surfaces of the alloy wheels and the EB logos on wheel caps, fuel filler cap and rear lid.

The interior of the Super Sport Black Carbon is draped in two-tone “Snow Beige” and “Beluga Black”. Carbon fiber continues as a defining theme inside as well, sheathing the doors and inset in the central console. The rest is in highly exclusive “Snow Beige” leather.

The second special edition, meanwhile, is based on the open-top Veyron Grand Sport and is labeled the Matte White Blue Carbon. It gets blue carbon fiber elements on its lower section, as well as a special blue finish for its alloy wheels.

The blue color also dominates the car’s interior, along with white stitching on seats, steering wheel and gear lever and an aluminum console. This vehicle has been specially built by the Bugatti customization team to its destined owner‘s exact specifications.