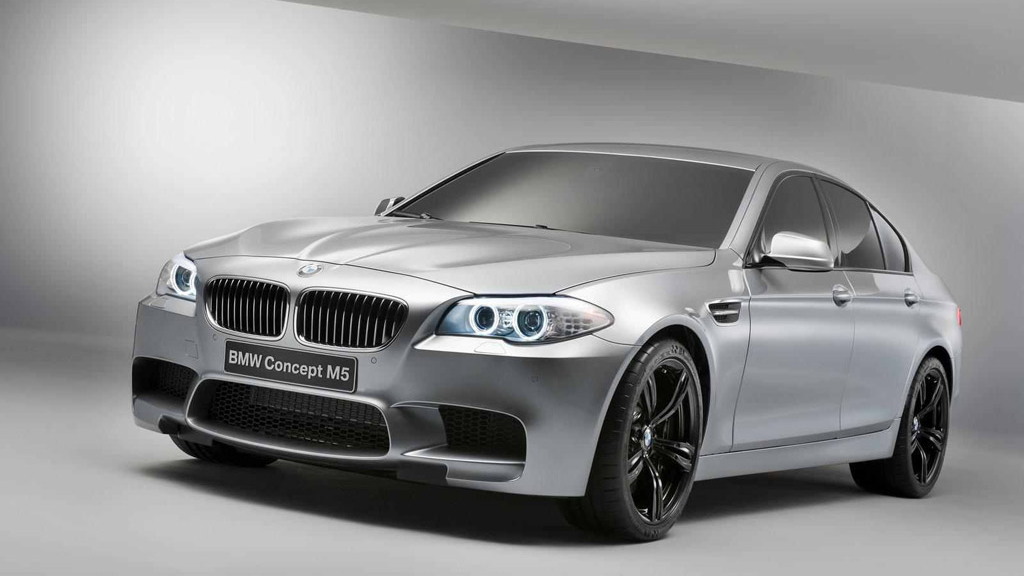 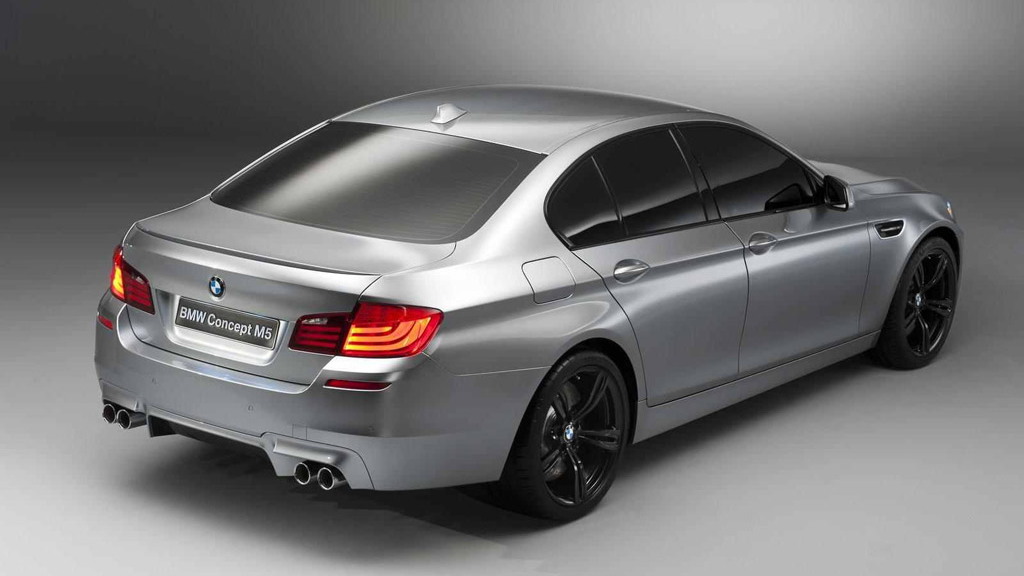 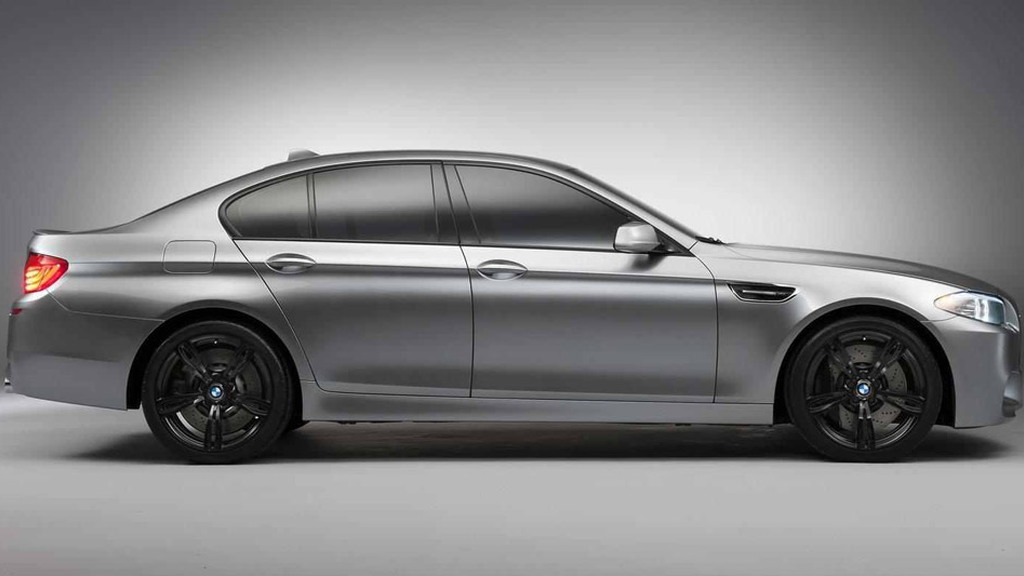 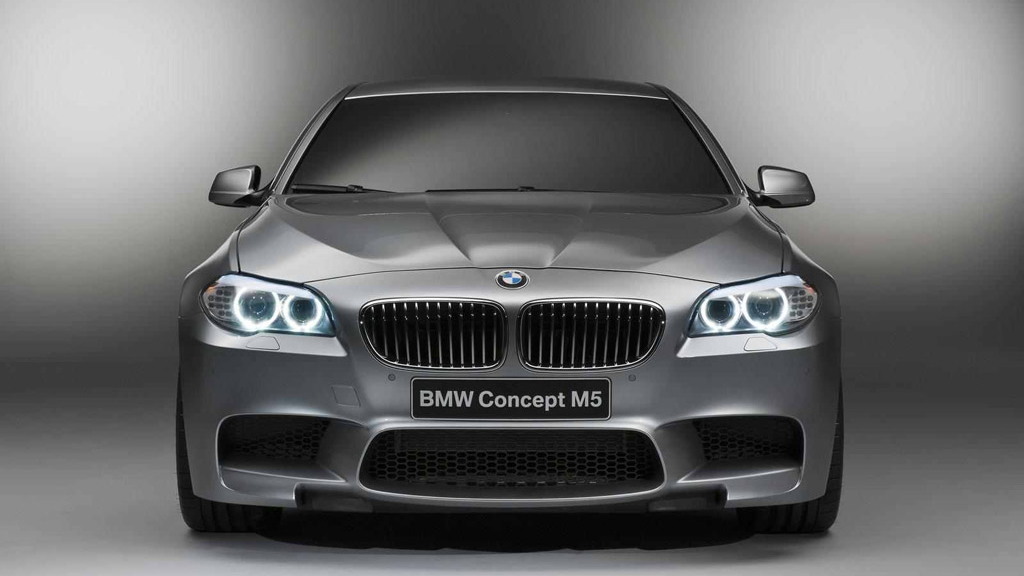 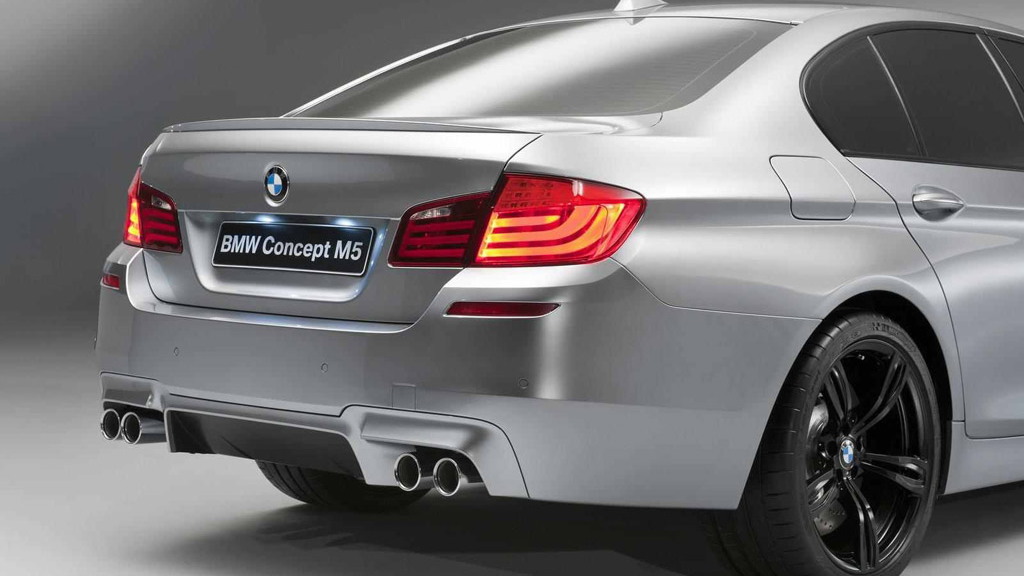 Following this past weekend’s leak, BMW has released the first official images of its new Concept M5 ahead of its world debut later this month at the 2011 Shanghai Auto Show. Like previous concept cars from the hallowed M division, the design you see here is pretty much what will be used for the upcoming 2012 BMW M5 super-sedan due in showrooms at the end of the year.

BMW has also confirmed that the new M5 will pack a high-revving V8 engine with ‘TwinPower Turbo Technology’. For the uninitiated, this is the name BMW applies to engines featuring the benefits of twin-scroll turbochargers, direct injection and the automaker’s latest variable valve timing technology.

Rumors of the output of the new V-8, which will displace 4.4-liters, have reached as high as 560 horsepower, a significant jump over the 507 horsepower of the outgoing model's V-10. Paired with a DCT dual clutch transmission (and possibly a six-speed manual) the new M5 would be a true powerhouse sedan.

Performance is also thought to be improved thanks to the extensive use of lightweight materials including carbon fiber and aluminum. The car’s construction is expected to be a hybrid of an aluminum spaceframe for the front section, and a traditional steel monocoque for the passenger compartment and rear.

This should ensure a favorable front-to-rear weight distribution and improved handling. Up front will almost certainly be an independent suspension with MacPherson struts, with a multi-link layout for the rear.

Expect more details and images of the Concept M5 following April 19’s reveal in Shanghai. Until then, click here for our previous report for all the details we've gathered so far.