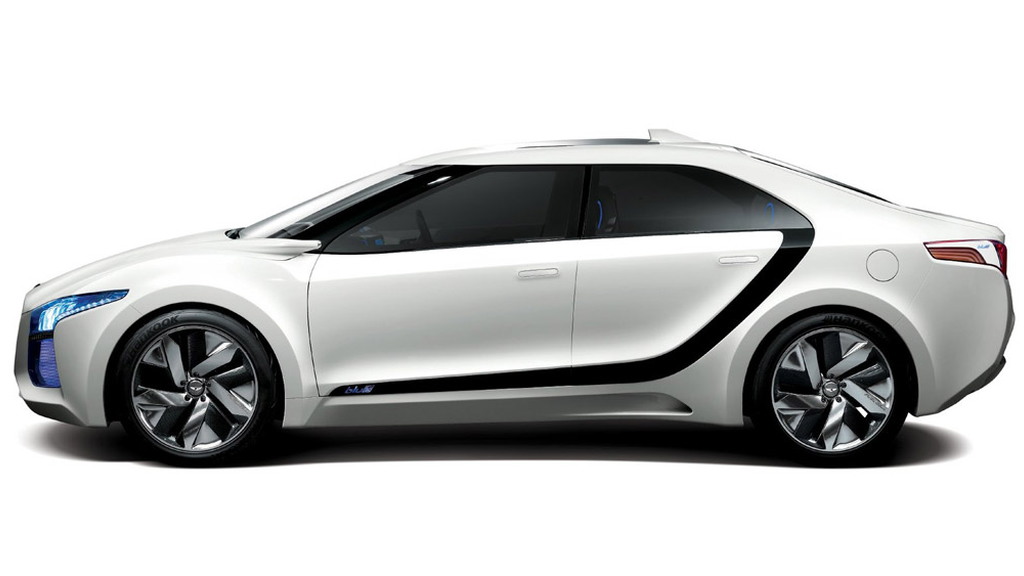 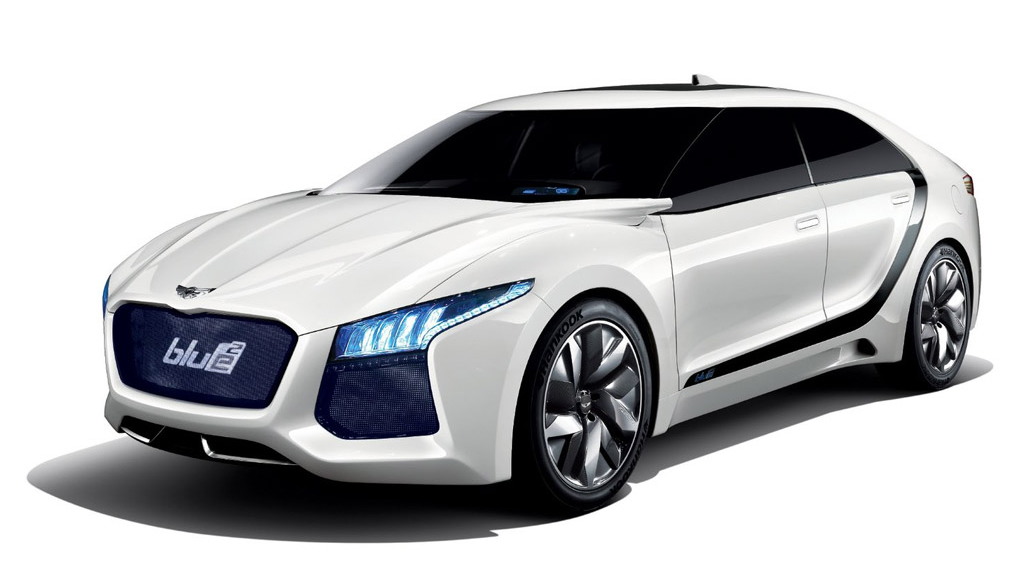 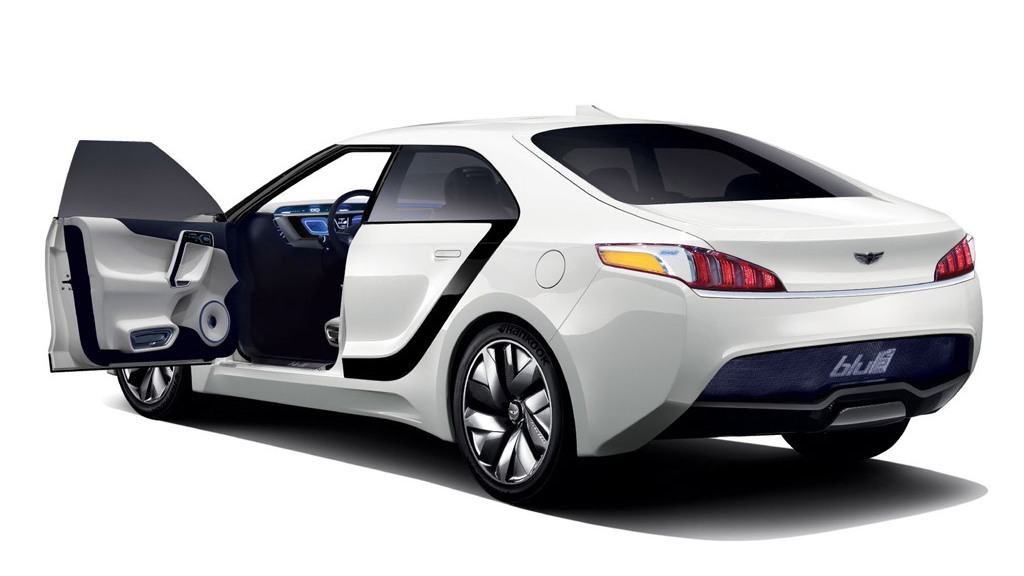 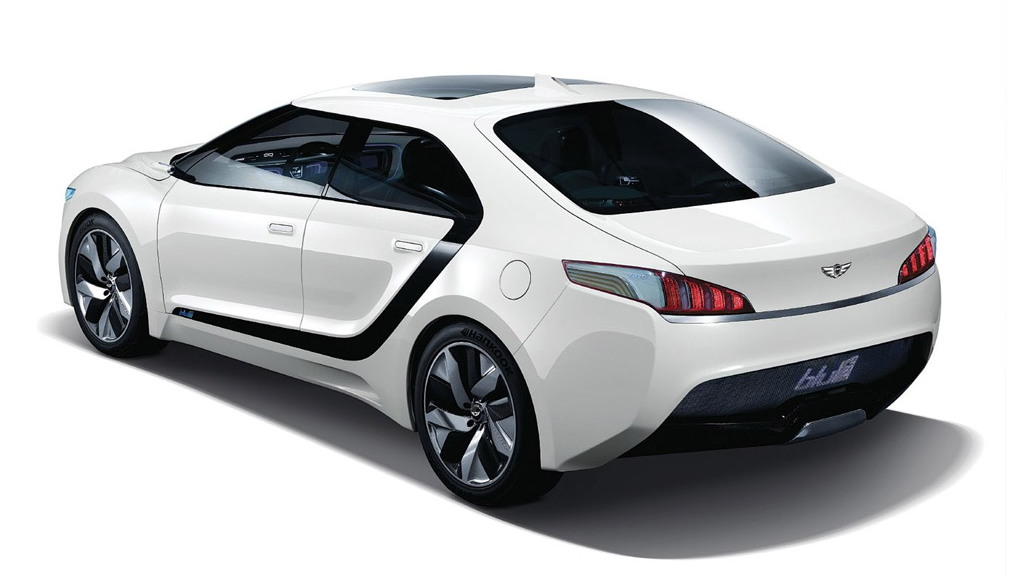 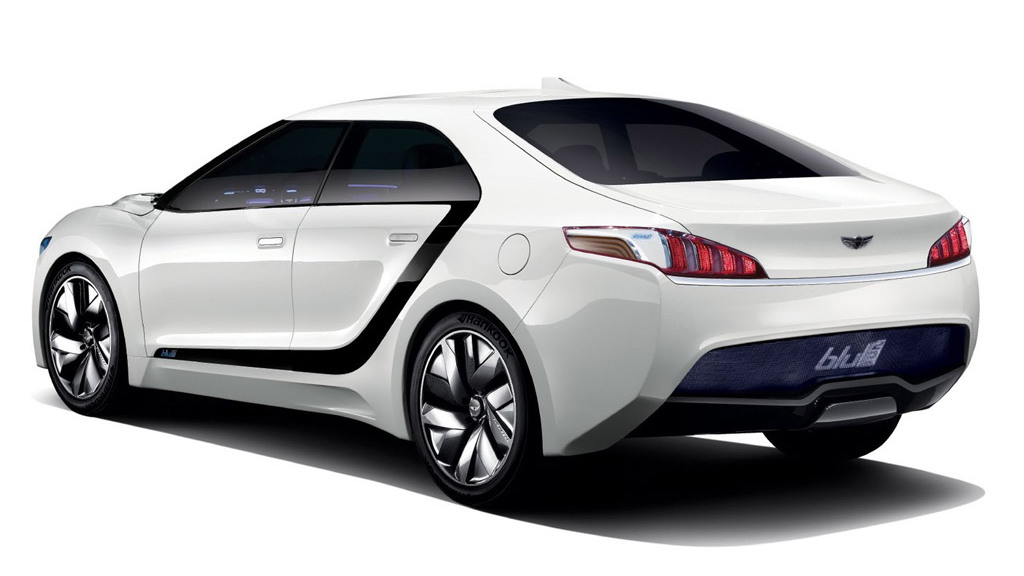 Hyundai’s ongoing commitment to a hydrogen-fueled future shows no sign of slowing following the unveiling today of the new Blue2 concept car at the 2011 Seoul Motor Show. The latest concept previews the design of the South Korean automaker’s next-generation sedan models and also picks up the latest in hydrogen fuel cell technology.

Like most fuel cell vehicles, the Hyundai Blue2 features a hydrogen-powered fuel cell stack, which uses the abundant gas to generate electricity, which in turn powers a fairly conventional electric drive system. Peak output of the fuel cell is around 120 horsepower and according to Hyundai its fuel economy is around 82 mpg--of hydrogen, that is.

As for the vehicle body itself, Hyundai’s designers describe it as being a luxury sedan packed with the latest technology. Special features include LED screen panels located on the exterior designed to appeal to the visual sensors.

Inside, there’s a welcome system which recognizes the driver and can then operate a self-opening door. Conventional side mirrors are replaced by side cameras and a roof camera, and to keep things cool and calm inside the Blue2 also gets an air ionizing system that cleans the air circulating through the cabin.