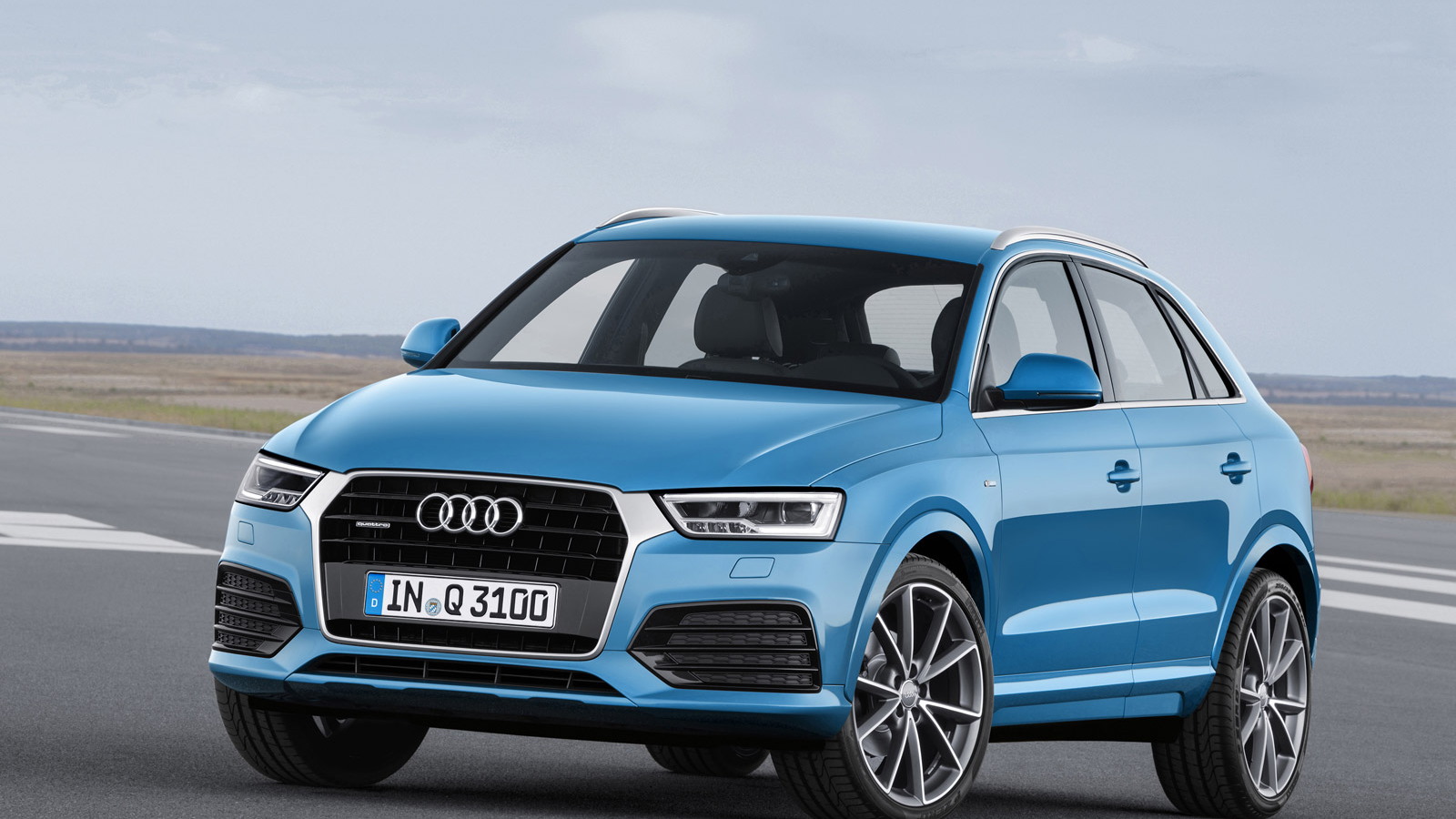 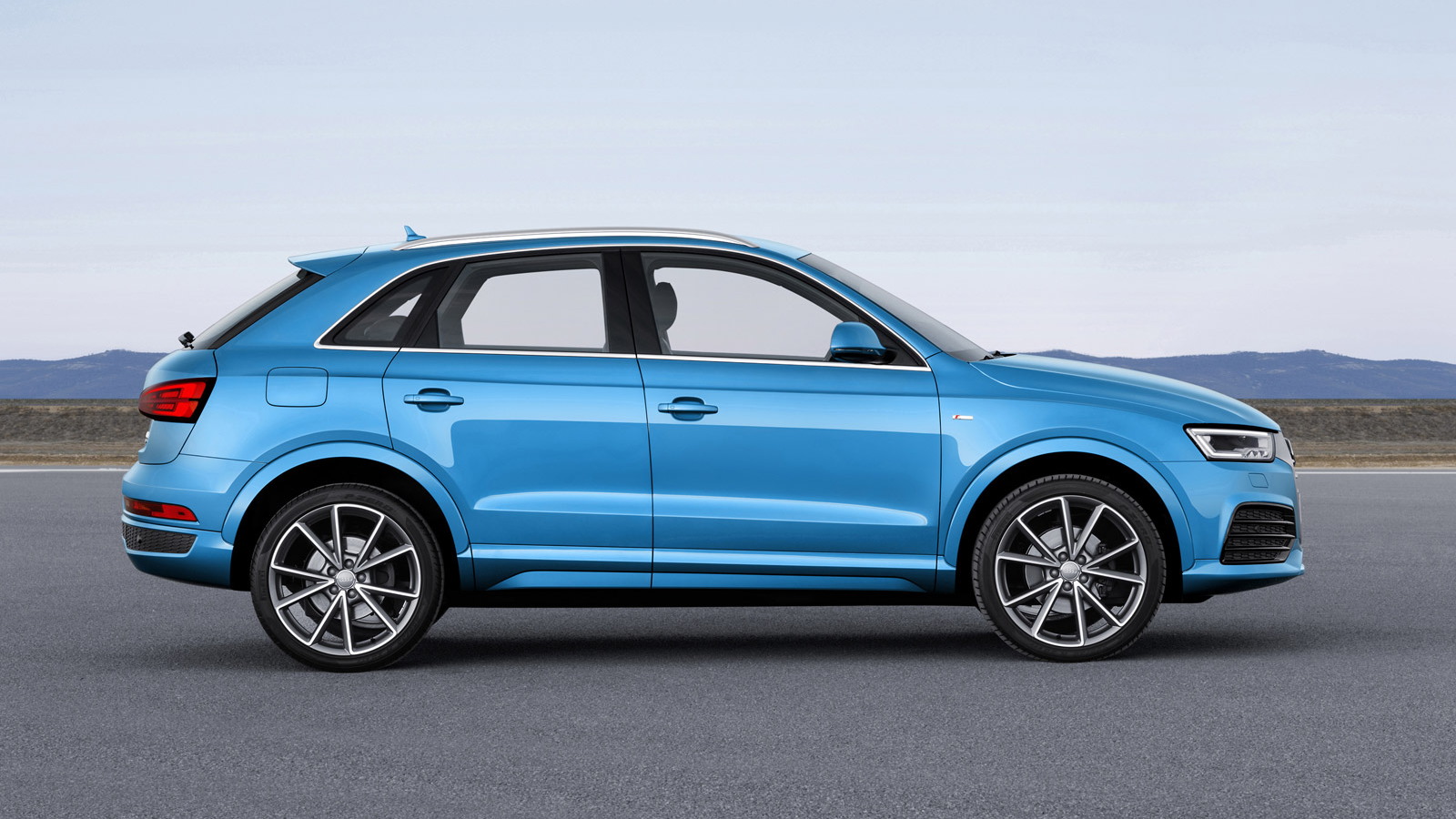 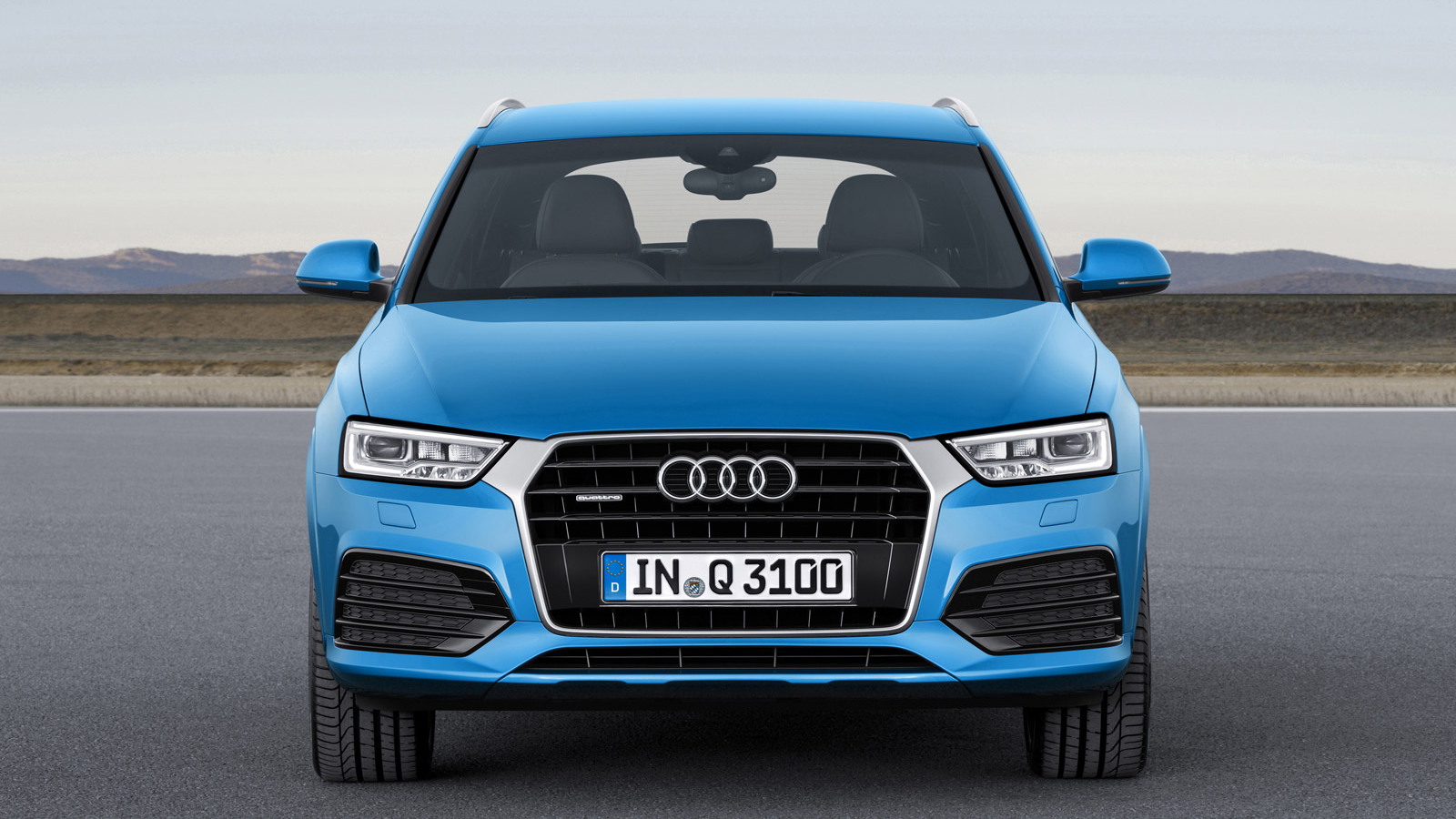 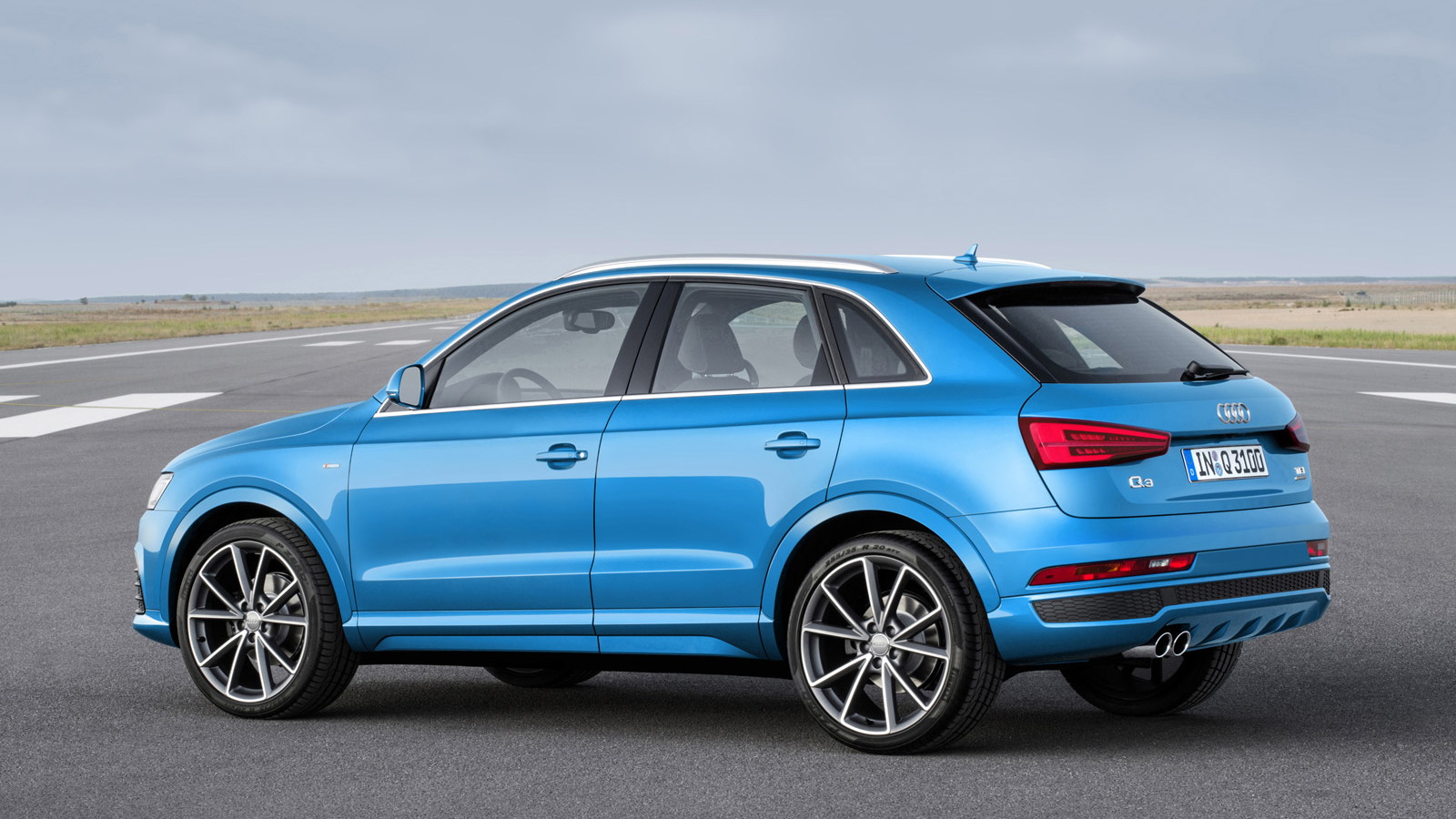 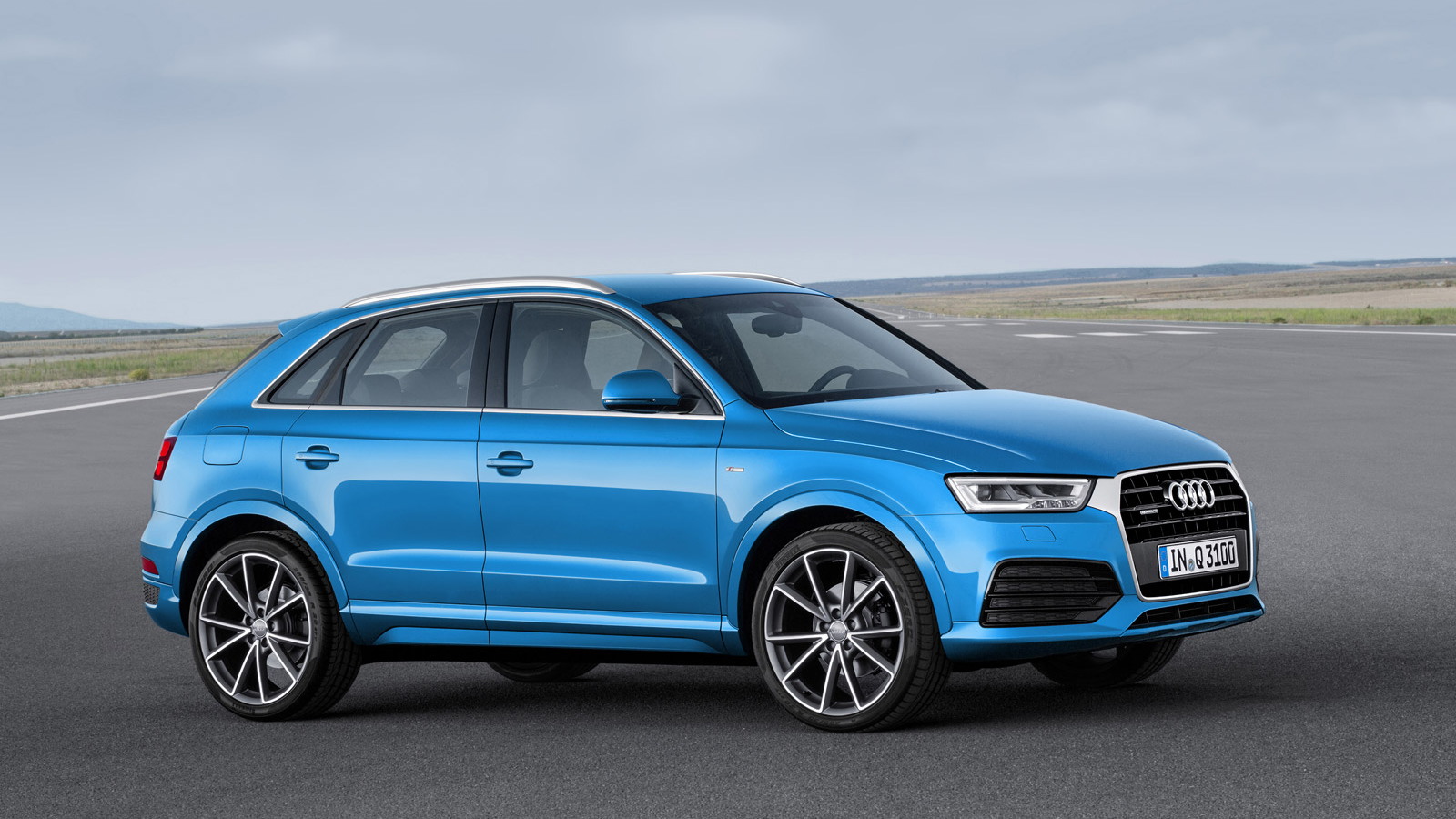 Audi’s Q3 has just been launched on the market, priced from about $33k, but overseas the vehicle has been around since 2011. It’s now undergone a mid-cycle update, which sees the compact crossover receive a few visual tweaks, more efficient engines and some new tech features.

In a strange move, the Q3 that has just been launched in the U.S. is the pre-facelifted model. We’ll likely see this latest version offered for the 2016 model year or possibly even later. While the U.S.-spec Q3 comes exclusively with a 2.0-liter TFSI rated at 200 horsepower and 207 pound-feet of torque, the overseas model boasts a lineup of three TFSI gasoline units and three TDI diesels for the standard Q3.

The engines displace either 1.4 or 2.0 liters, and some of them, in addition to standard turbocharging and direct-injection technologies, also come with cylinder deactivation. Power ranges from 120 to 220 hp, and the weight of the Q3 in its most basic form is 3,053 lbs. Transmission options include a six-speed manual and seven-speed S tronic dual-clutch unit.

The high-performance RS Q3, meanwhile, sticks with its 2.5-liter TFSI but sees its output rise to 340 hp, up from the pre-facelifted model’s 310 hp. It will now sprint to 62 mph from rest in just 4.8 seconds and easily reach an electronically limited top speed of 155 mph. The vehicle gets some neat features as standard like an adjustable exhaust system, quattro all-wheel drive, 19-inch wheels, sport-tuned suspension and massive brakes with eight-piston calipers in the front.

Inside the RS Q3, buyers will find sporty bucket seats, Nappa leather with diamond quilting, and a custom instrument cluster. The driver information system for the RS Q3 also gets an RS-specific menu with lap timer and displays for both oil temperature and boost pressure.

Audi says its facelifted Q3 has also received some chassis tweaks, mainly aimed at improving comfort and refinement. The Q3 also gets Audi’s drive select feature which allows the driver to adjust several dynamic settings such as steering speed, damping firmness and throttle response. Wheels range in size from 16 to 20 inches in diameter, and buyers also have the option of some electric driver aids such as hill descent and lane keep assist systems. There is also a traffic sign recognition system.

It’s easy to spot the facelifted Q3 by its new grille, which is now linked with the headlights to create a greater sense of strength. The bumpers are also new and the internals of the headlights redesigned. Buyers can also opt for LED headlights for the first time. Inside, there are few new tech features like 4G LTE connectivity with WiFi hotspot.

Audi is yet to confirm when the facelifted Q3 will be introduced to the U.S. It goes on sale in other markets in February, 2015.