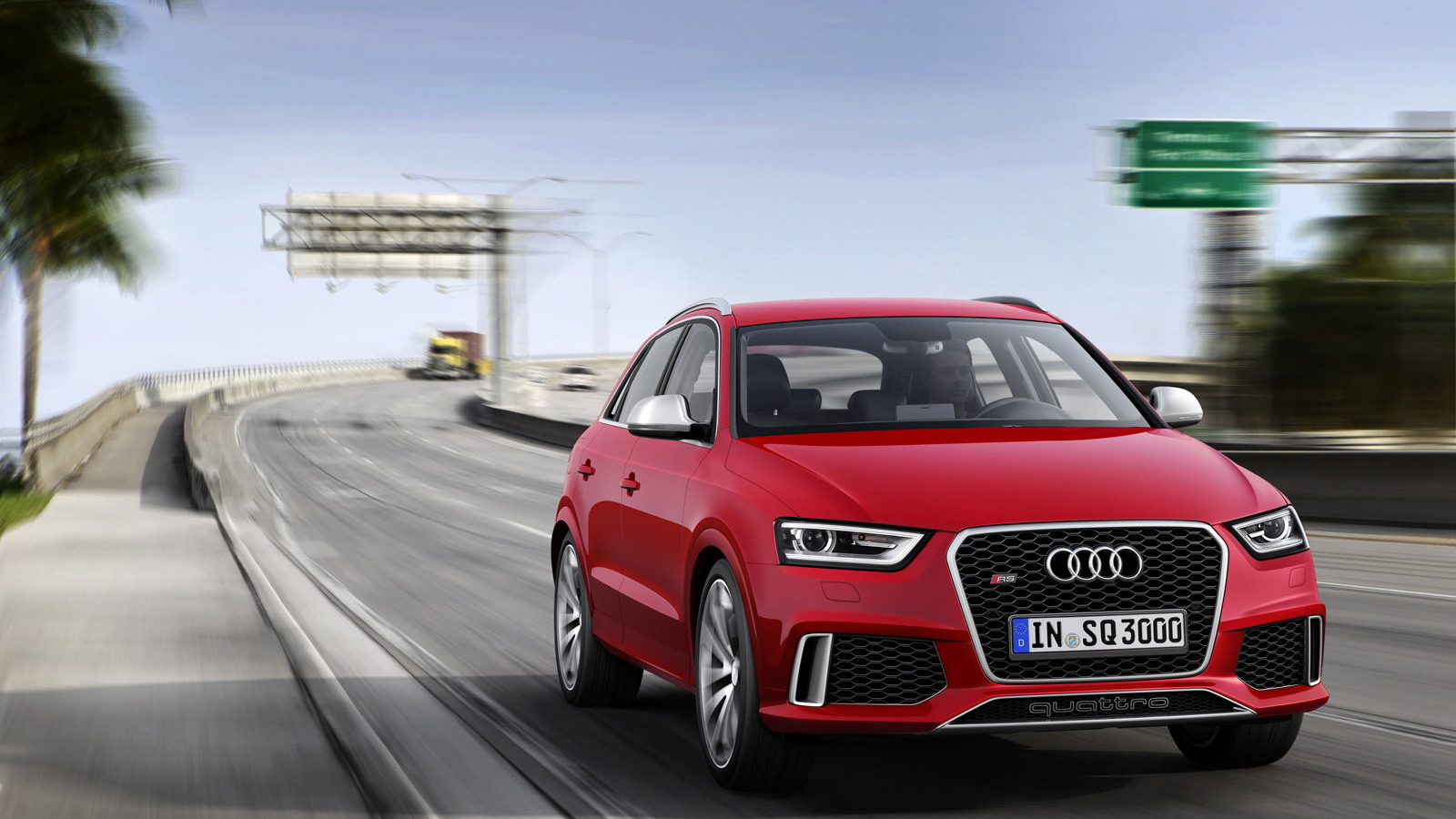 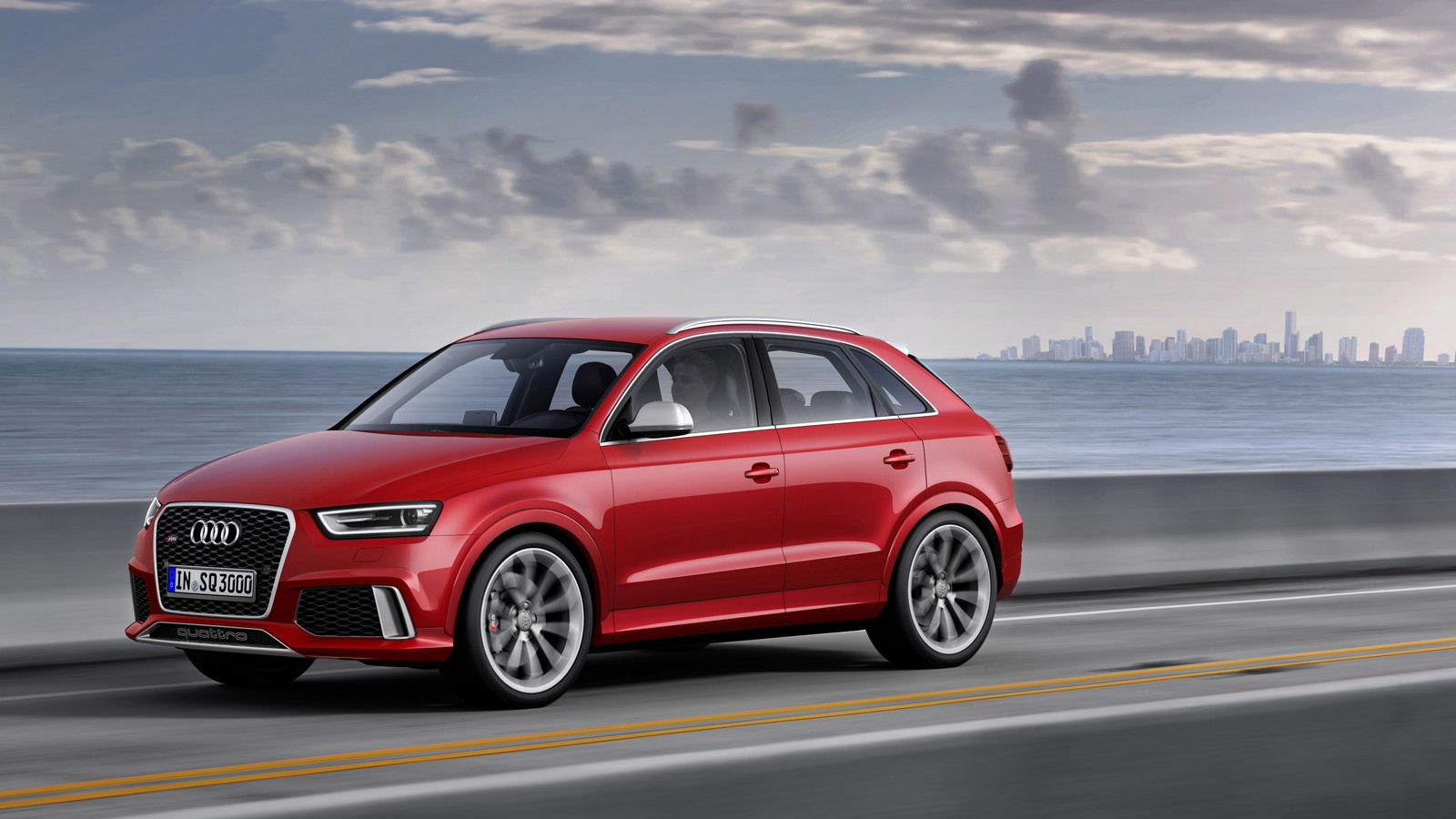 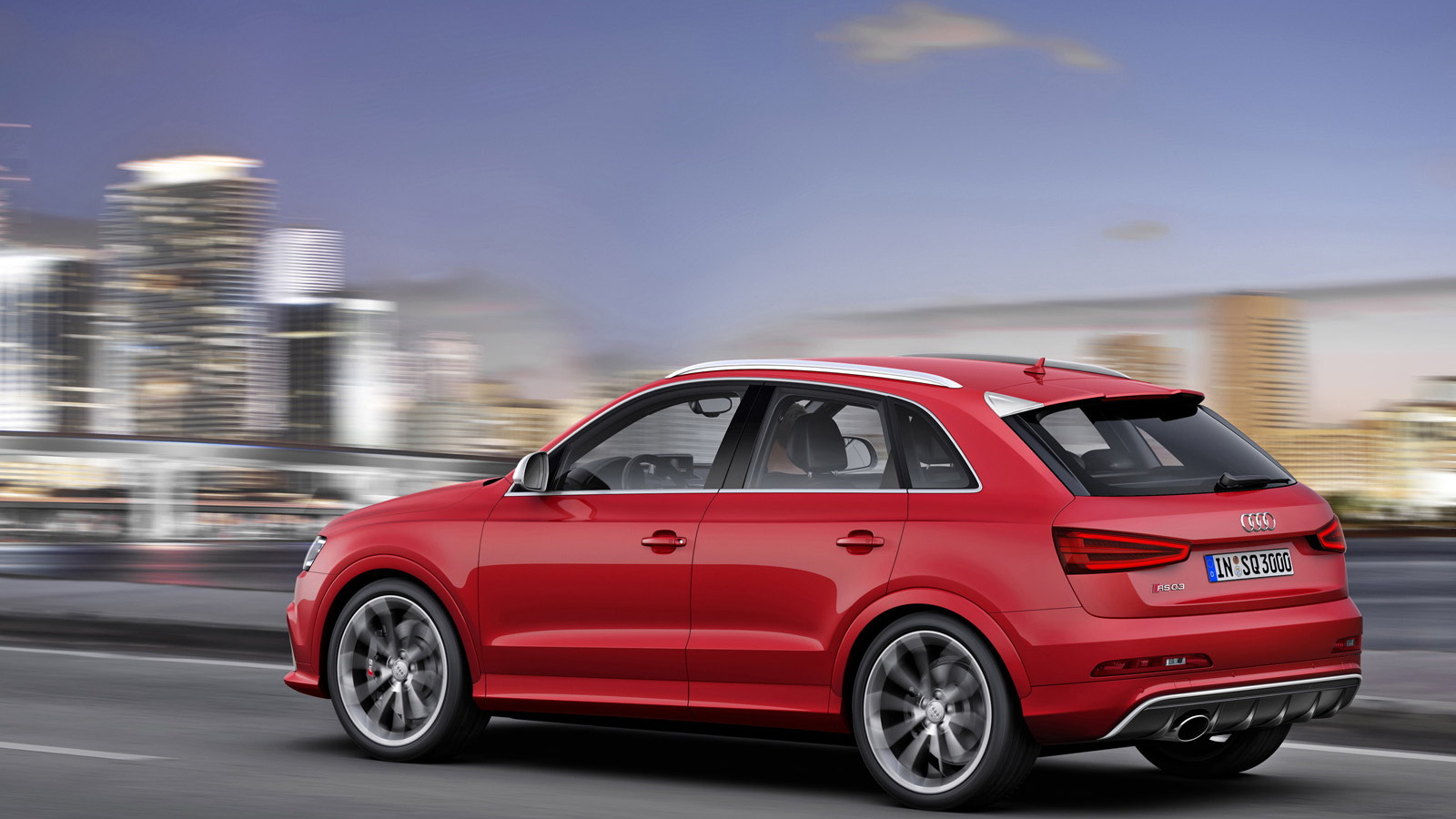 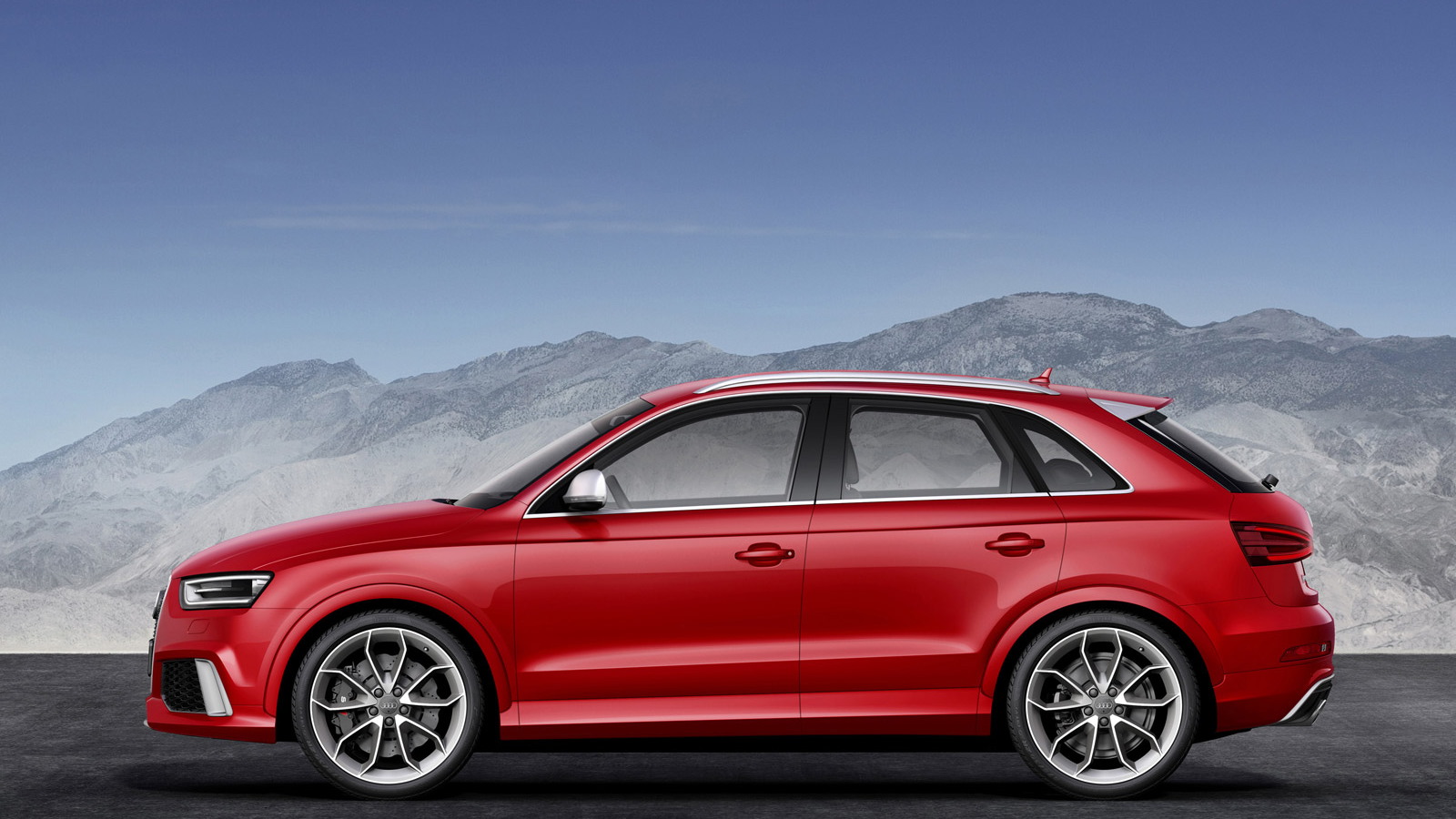 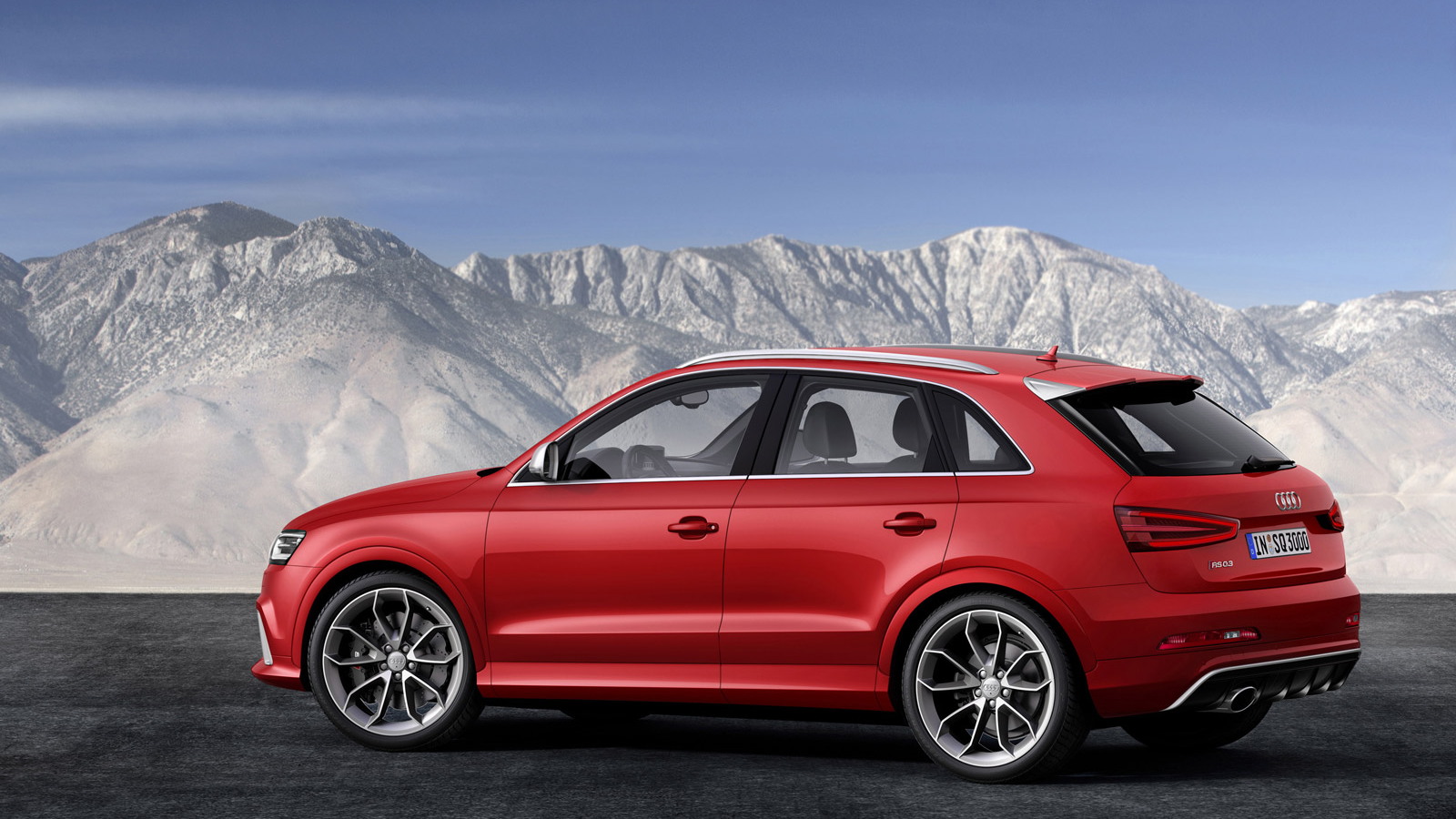 14
photos
Revealed as a concept less than a year ago, Audi’s new RS Q3, the first tall-riding model to don the automaker’s esteemed RS badge, has now been revealed in production trim.

Unfortunately, with Audi yet to bring its Q3 compact crossover to U.S. soil, as promised, this little ball of potency will have to remain forbidden fruit for now.

That’s a shame, because we could certainly learn to love the RS Q3.

Set to debut on March 5 at the 2013 Geneva Motor Show, the new Audi RS Q3 follows a familiar line of RS tuning: a powerful engine is combined with a lightning-fast transmission and quattro all-wheel drive.

The engine in the RS Q3 is the familiar five-cylinder TFSI found in the TT RS and outgoing RS 3 sold overseas. Peak output from the turbocharged and direct-injected 2.5-liter unit is pegged at 310 horsepower and 309 pound-feet of torque, the latter of which is available between 1,500 and 5,200 rpm.

Audi says this is enough to accelerate its new crossover from 0-62 mph in 5.5 seconds and see it easily reach its limited top speed of 155 mph. Drive is sent to all four wheels via a seven-speed S tronic dual-clutch transmission and the aforementioned quattro all-wheel drive.

Note, it’s possible that a more powerful version of this engine will appear in a new generation of the RS 3 based on the latest 2014 A3 range, including the U.S.-bound A3 Sedan.

On the outside, the RS Q3 is easily recognized by its aggressively-styled body kit, lowered suspension, ventilated and perforated brake discs measuring more than 14 inches across, 19-inch alloy wheels and RS badging all around.

Overall weight of the RS Q3 is a hefty 3,814 pounds, and total storage space is a reasonable 44.5 cubic feet.

The RS Q3 goes on sale in Europe at the end of the year, but by that time it will have some serious competition. Mercedes-Benz’s AMG division will be launching its own compact crossover, the GLA45 AMG, and we wouldn’t be surprised if BMW has an M Performance version of its X1 in the works too.

While the U.S. misses out on the RS Q3 for now, Audi does have another performance crossover in its portfolio that it does plan to sell locally. That vehicle is the 2014 Audi SQ5, which goes on sale later this year.