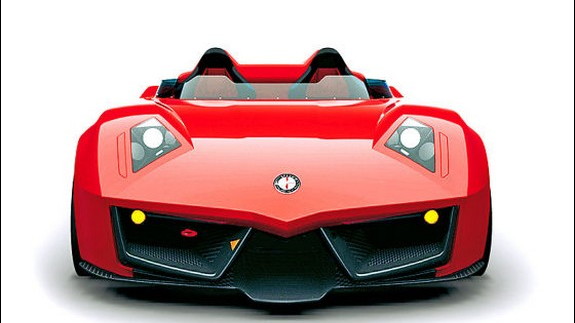 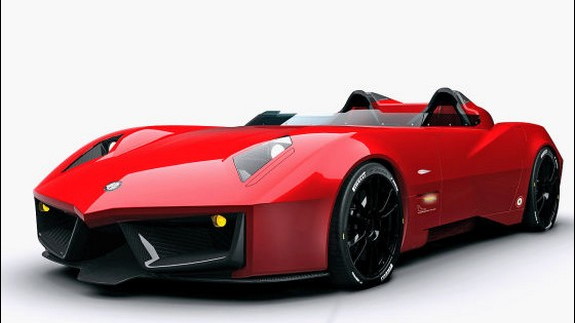 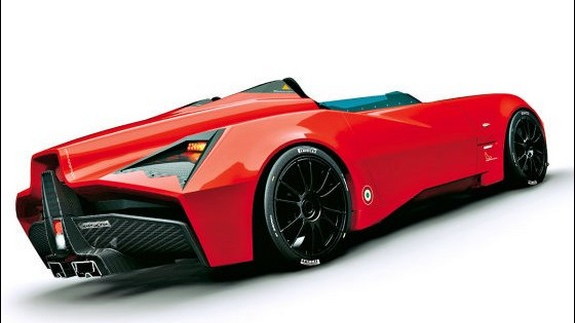 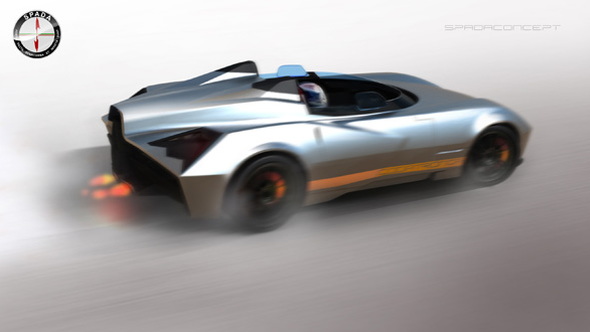 The Spada Codatronca was, almost, the Ferrari FF--four years before the FF came to be. No, it wasn't a Ferrari, and it didn't have all-wheel drive, but it was a long-backed super tourer packing 600 horsepower. Now it's getting a new edition--an open-top model called the Monza. New images have leaked ahead of its official debut, confirming the sketch's proportions.

Unlike the FF, the hardtop Codatronca TS's extended rear wasn't a functional cargo area, but a tear-dropped tail with a little extra space. The Codatronca Monza does away with even that much utility, judging from the sketch. The car now looks more futuristic speedster--with a hint of Lamborghini around the car's tail--set to shave weight and focus more on track capability.

Beyond the sketch and the idea of an open-top track car, there's little official info out on the Monza. It's not even clear yet that there are production plans, though Ercole Spada's production house, Spada Vetture Sport (SVS) was founded for the purpose of building the nearly half-million-dollar cars the designer imagines. Expect a 630-plus-horsepower Corvette-derived V-8 engine and Z06 underpinnings, if the Monza shares its DNA with its TS sibling.

The Codatronca Monza will make its debut during Top Marques Monaco, scheduled to run April 14-17, just before the New York Auto Show.