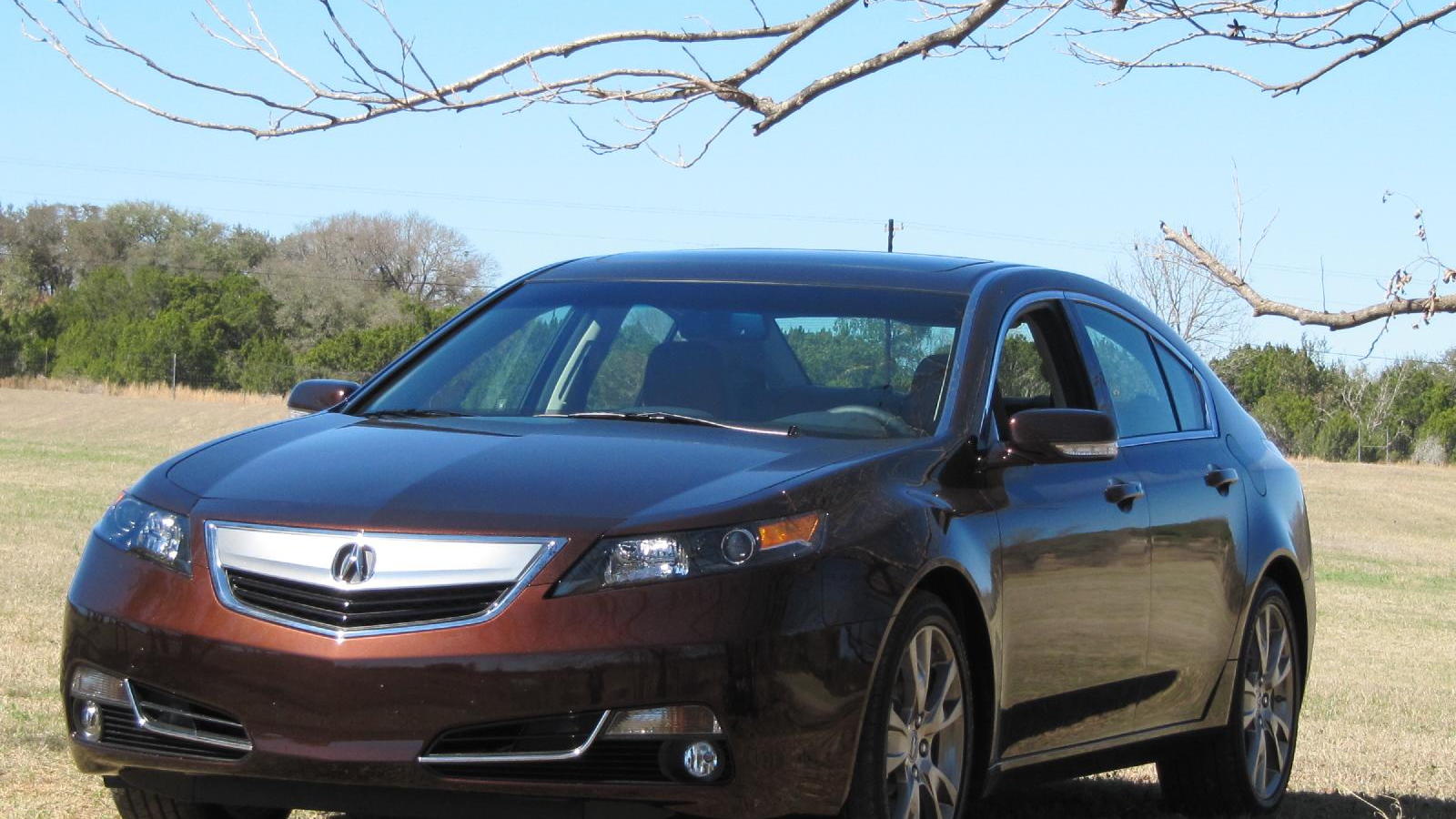 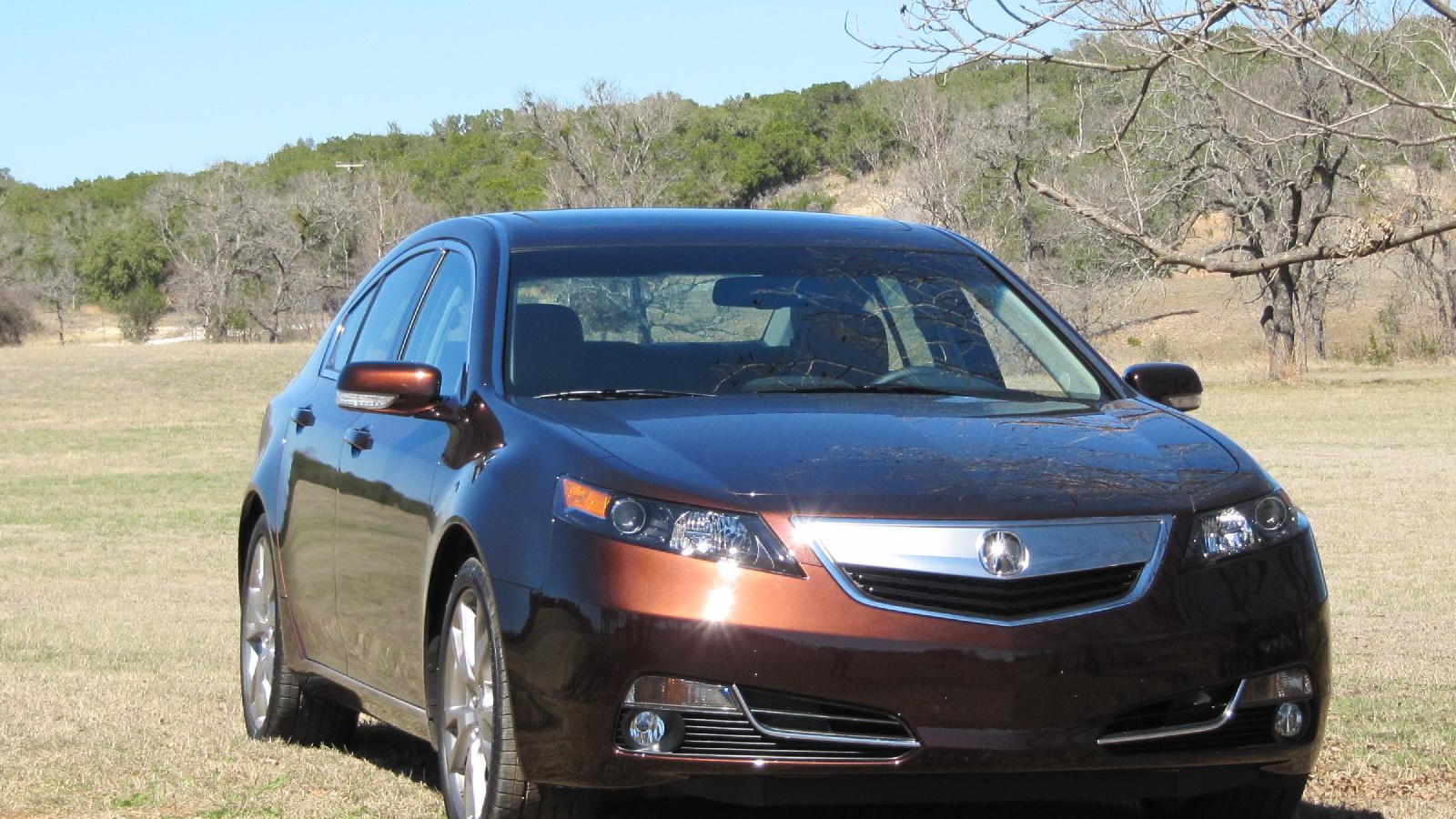 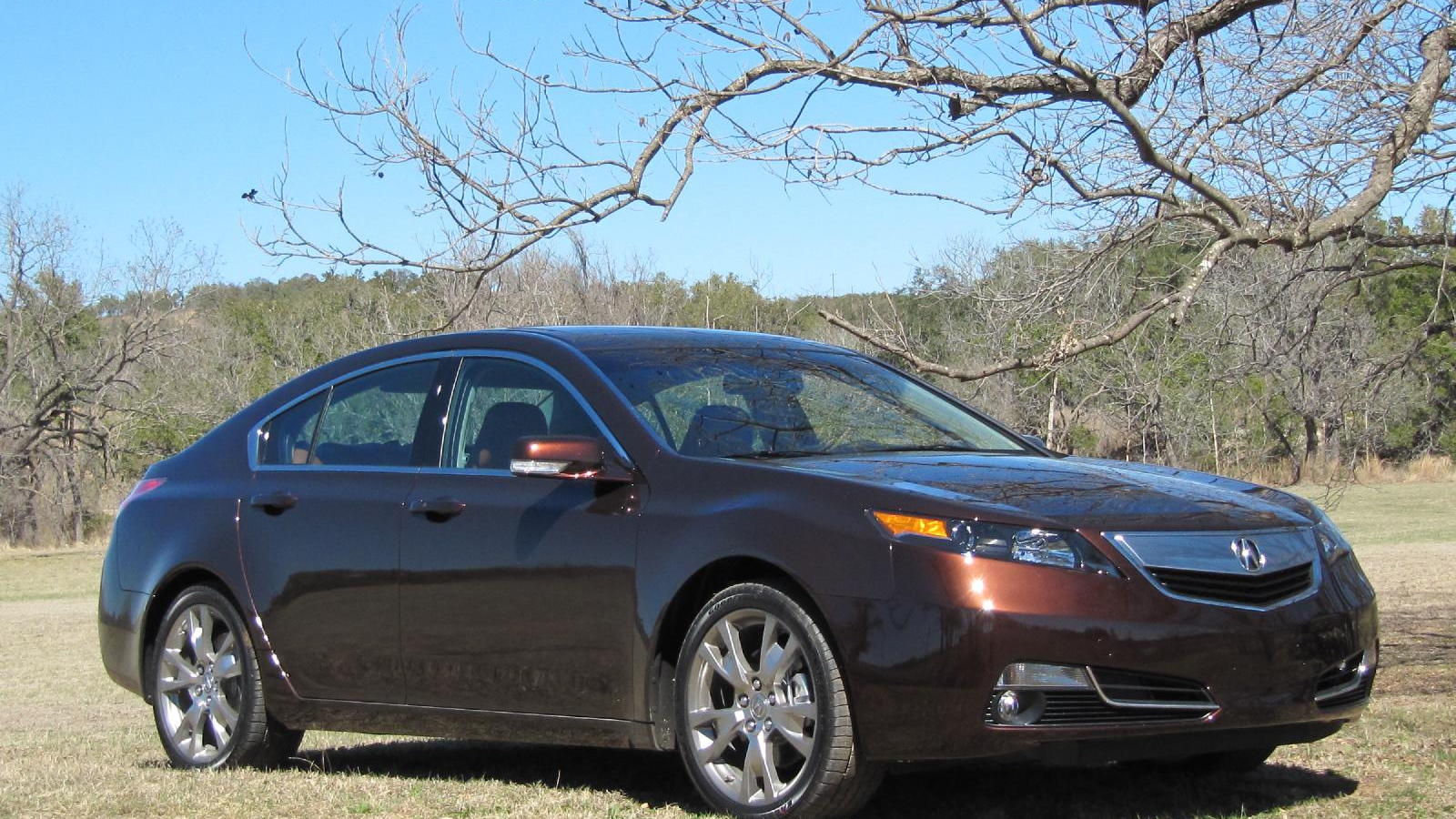 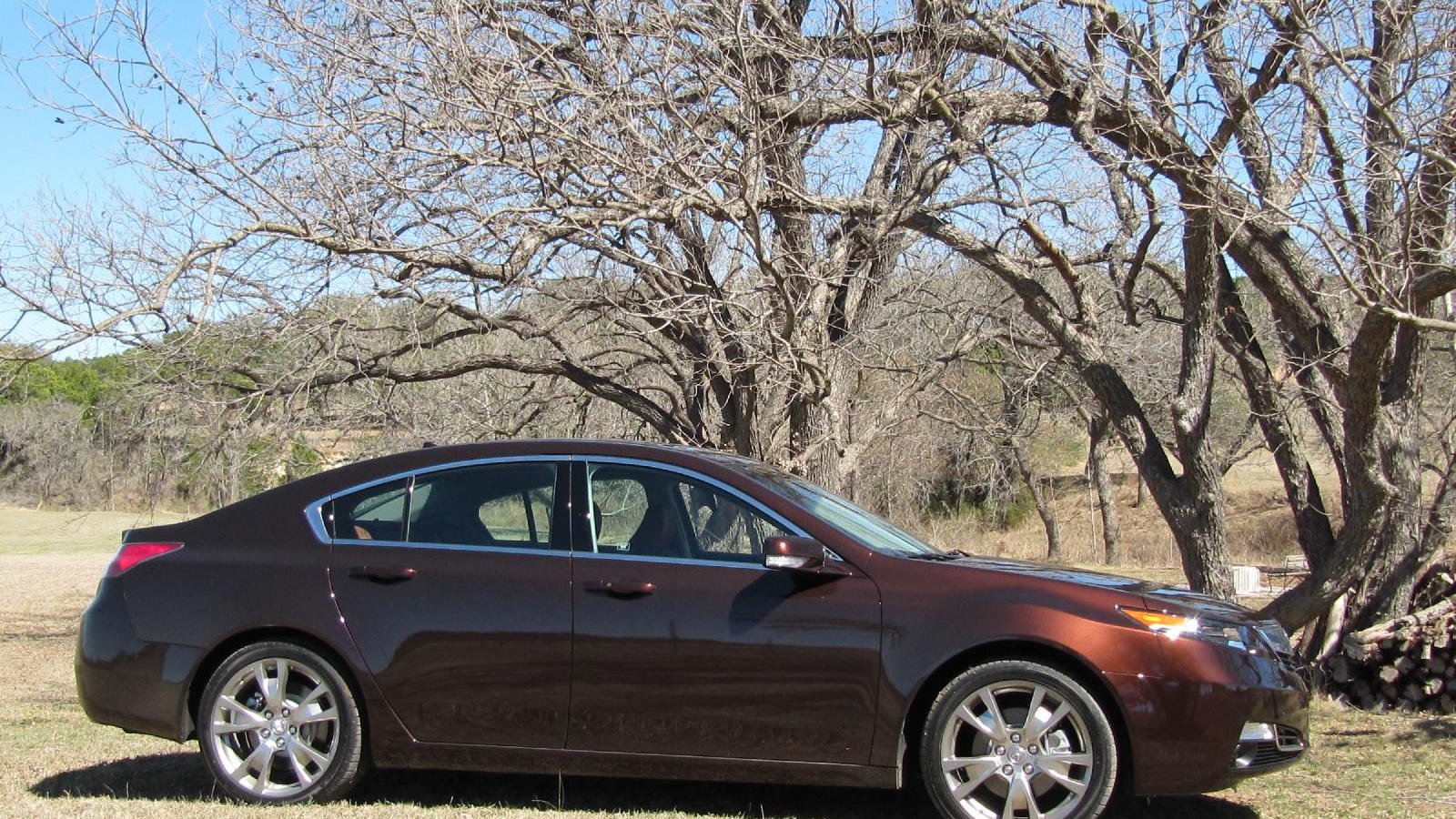 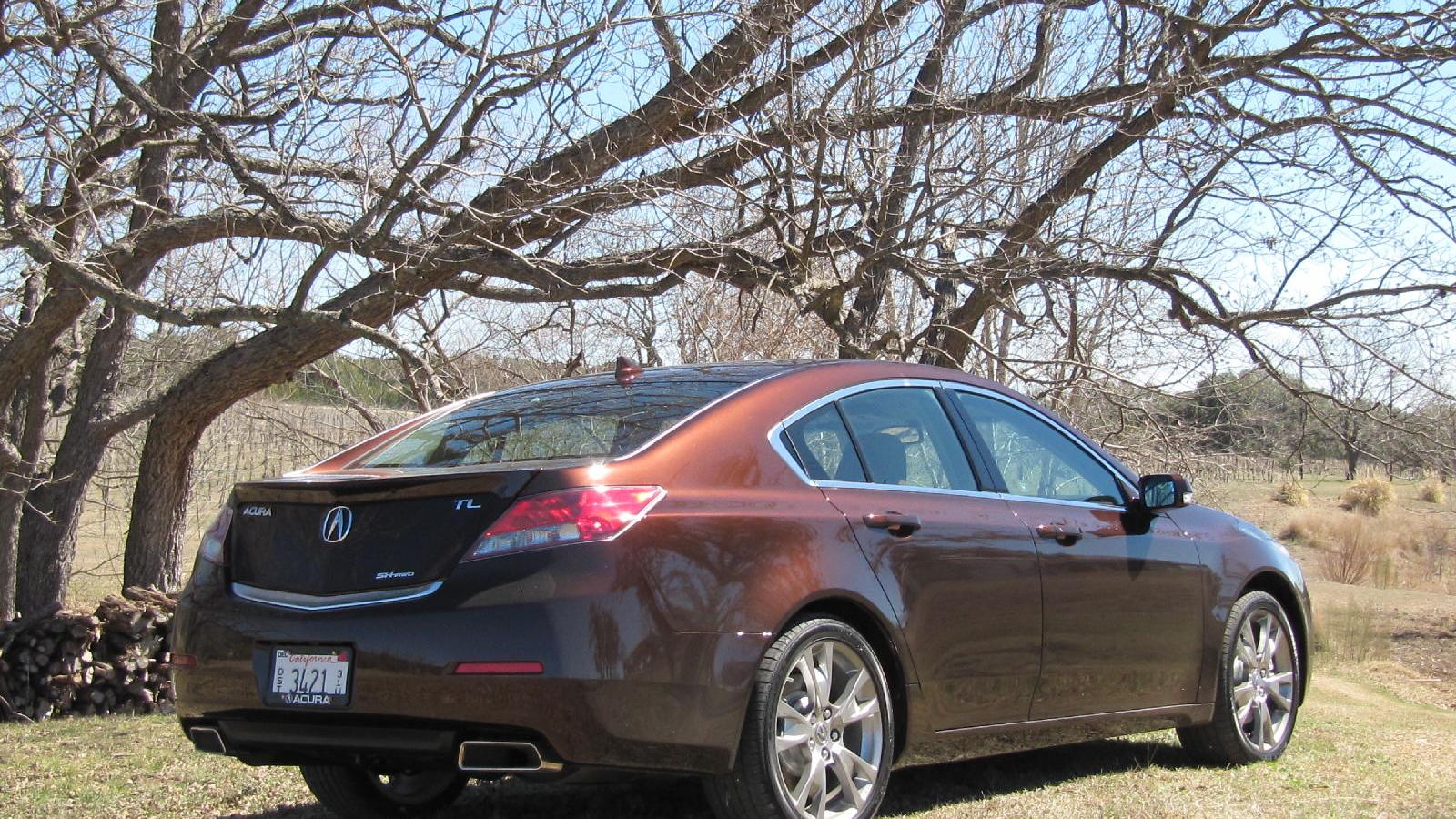 When it was launched as a 2009 model, the Acura TL was the most extreme definition of Acura's new styling direction.

It was a polarizing design, with a brash front end and beak-like silver grille surround. According to Acura marketers, buyers in Miami and New York loved it, but Californians and others didn't. At all.

The West Coast won out. For 2012, the styling of the Acura TL has been dialed down.

Acura's most popular sedan (and, styled in California and built in Ohio, its most all-American) is tidied up, and looks quieter and more polite.

The changes to the exterior are the most visible evidence of a mid-cycle refresh for a car that launched directly into the teeth of the recession in the fall of 2008.

As a result, while it has sold adequately, it enjoys much less public awareness than you'd expect for a highly featured, near-luxury midsize sports sedan.

The market has changed, Acura says, with "Value for the Money" taking first place among reasons for purchase cited even by luxury-car buyers in a Strategic Vision survey.

Four years ago, the top two were "Exterior Styling" and "Fun to Drive".

Starting at $35,605 for a base model with front-wheel drive, the 2012 Acura TL costs several thousand dollars less than similarly equipped luxury sports sedans from more established brands like Mercedes-Benz, BMW, and even Audi.

Overall, the 2012 Acura TL retains the virtues we appreciated in our review of the 2011 TL model.

It's still a "surprisingly well-rounded luxury sedan, with host of advanced tech features, and in top SH-AWD trim morphs into a complete and compelling sport sedan," as we said, but for 2012, the "love-it-or-leave-it" styling has been modulated.

Acura hopes the revised TL has addressed a reason that some buyers cited for avoiding the previous model: its extroverted styling.

Indeed, while side-by-side photos of the 2011 and 2012 models look surprisingly similar, a host of subtle changes to the front and rear fascias have softened the beak and made the bumper surfaces more vertical.

The front grille is smaller, and it's moved further down the hoodline for a lower appearance.

The pointy beak has given way to a minimal vee shape, and the front bumper now has a horizontal line in it to make it look wider.

At the rear, the license plate has been raised and a diffuser added to shorten the visual height of the rear.

Inside, Acura has made only minor changes--"warmer colors" for the trim, platinum plating for many of the bright bits.

In sum, the 2012 TL is still recognizably an Acura--but it's softer, more conventional looking, and a bit blander.

For hesitant buyers who don't want their luxury car to be as noticeable as the early model was, that's most likely a plus.

New this year is a six-speed automatic transmission, replacing the previous five-speed.

A six-speed manual gearbox is available, although it is confined to a single model, the 3.7-liter SH-AWD with Technology package. It is likely to be chosen only by a tiny handful of 2012 TL buyers, perhaps 2 percent, which translates to just 400 cars a year.

Acura has made a host of changes and upgrades to the tuning of the larger engine, the brakes, suspension, and electric power steering.

Those gas mileage ratings are all 1 to 3 mpg higher than their counterparts for the 2011 model.

During the media launch event outside Austin, Texas, we drove both a top-spec TL model with the SH-AWD package and a lower-level front-wheel drive model.

On the road, the 2012 Acura TL is clearly a heavy car. The ride is firm, but not harsh; this is clearly a car meant to be driven, rather than ridden in.

The handling of the all-wheel-drive is neutral to rear biased, with no feeling at all that the front end plows; instead, the car seems to provide subtle feedback indicating that the rear wheels are being driven.

We found the low-profile tires on the SH-AWD's largest 19-inch wheels to generate far more road roar than we would expect from a near-luxury car.

The standard 17-inch wheels and tires on the simpler front-wheel drive model were significantly quieter, making for a more peaceful ride.

Inside, we liked the richness of the saddle interior with a bronze exterior (the car in the photos), but the TL's high beltline and narrow window openings could make the all-black interior feel oppressive to some.

Befitting Acura's technology-forward image, there's no wood trim. Instead, brushed platinum trim is the default, and one model we drove had some panels of the dash trim printed with a pattern that resembled--but wasn't--carbon fiber.

Heated leather seats with 10-way power adjustment and memory, a power moonroof, a 276-Watt audio system, Bluetooth hands-free linking, and a USB port with iPod interface are standard on even the base TL model.

The Advance Package adds to that ventilated and cooled front seats, upgraded wheels and tires (to 18 inches for the TL, and 19 inches for the SH-AWD), and--new for 2012--a Blind-Spot Information System that warns drivers whenever a car in an adjacent lane enters the "blind spot" of the rear quarter.

Each of the three trim levels is available with front-wheel drive or the SH-AWD option.