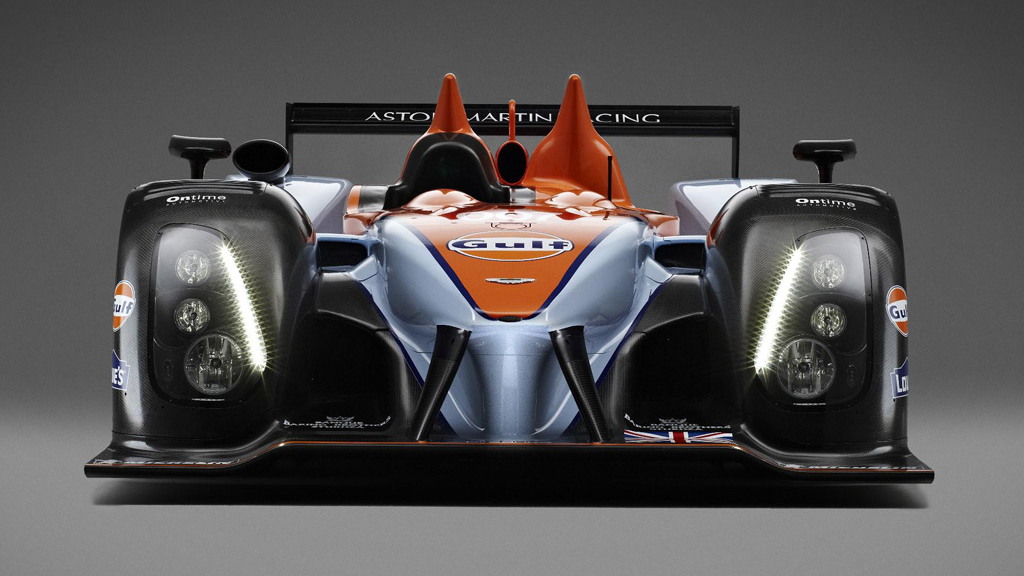 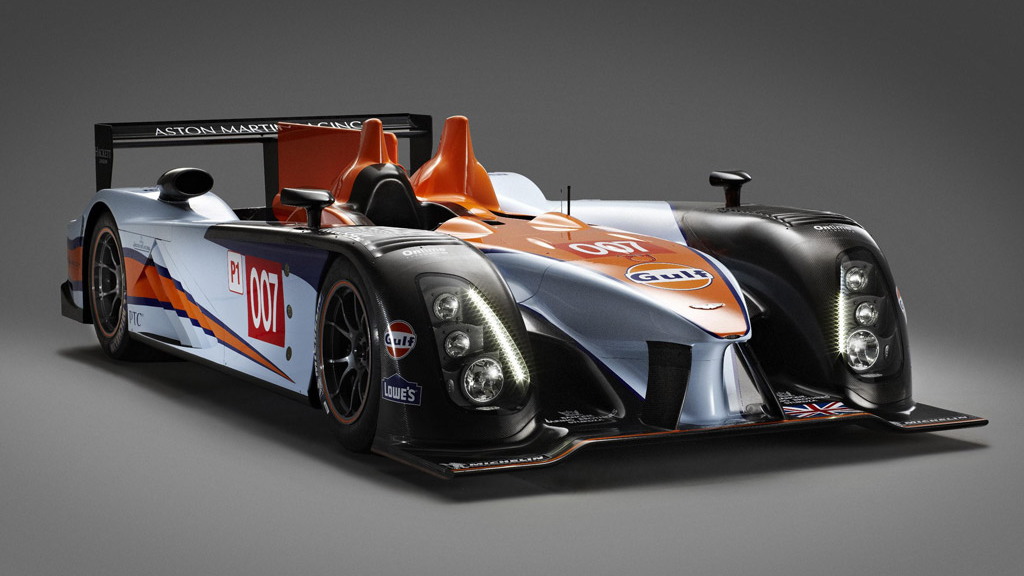 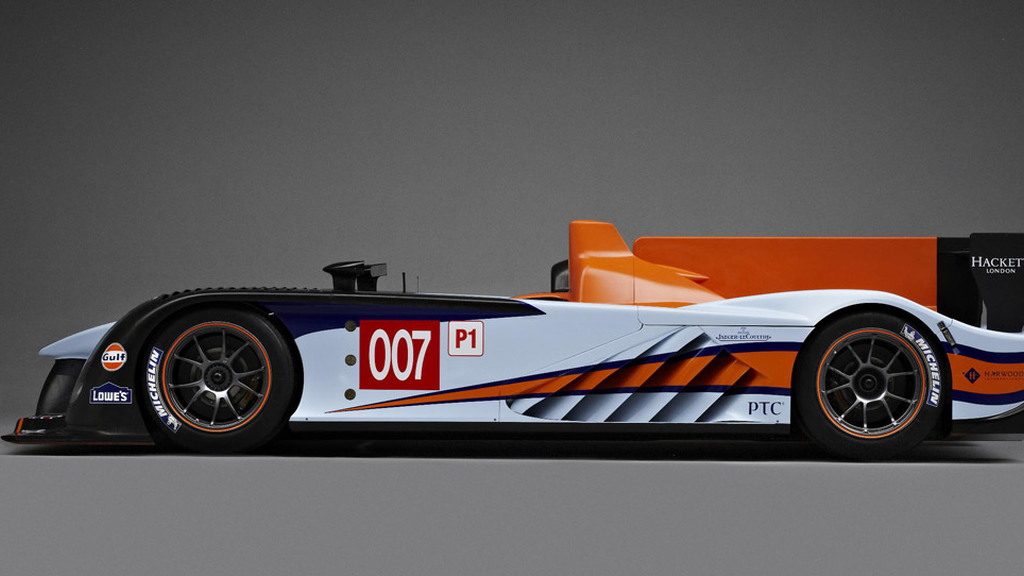 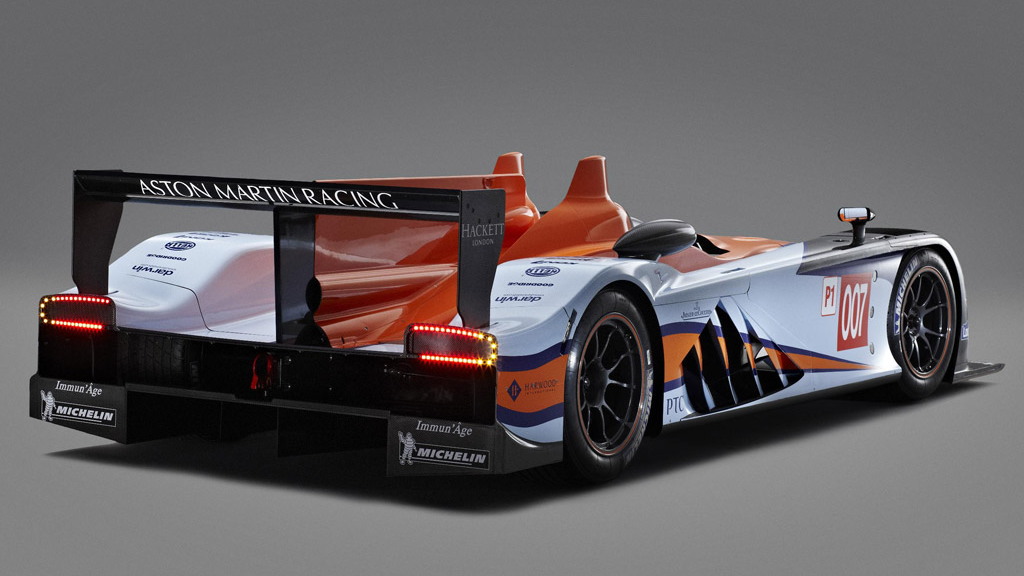 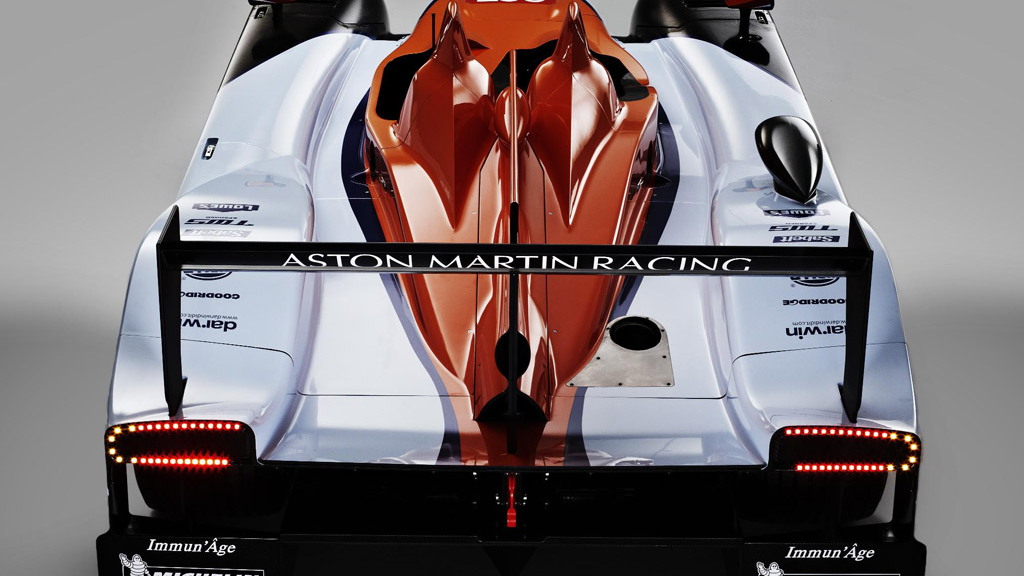 Aston Martin’s motorsports division, the aptly named Aston Martin Racing, has unveiled its new LMP1 race car, which is set to compete in this year’s Le Mans series in Europe. The new race car has been labeled the AMR-One and is just one of six new cars to be built.

The Gulf liveried Aston Martin AMR-One is a new open-top LMP1 race car featuring a 2.0-liter straight-six engine with direct injection and turbocharging technology. It sits in a carbon fiber chassis designed and manufactured by Aston Martin Racing and sends power to the rear wheels via a six-speed transverse semi automatic gearbox from Xtrac.

The six-cylinder engine setup is an interesting one as we just reported last week that Aston Martin was looking at reintroducing a new six-cylinder engine, also with direct injection and turbocharging technology but with a displacement of 2.5-liters in its production cars. So perhaps some variation of this racing engine will eventually turn up in one of Aston Martin’s bespoke road cars.

As for the Le Mans race car, based on the series’ new 2011 regulations, Aston Martin Racing has chosen to change tack this year in designing an open cockpit car. In line with the new 2011 rules, the AMR-One features a new blade-fin and has a significantly down-sized engine in keeping with the championship’s efficiency focused regulations.

As mentioned, a total of six AMR-Ones will be built, with the factory team running one car in the Intercontinental Le Mans Cup (ILMC), which includes the famous 24 Hours of Le Mans.

The driver line up for 2011 will consist of Darren Turner (GB) Stefan Mücke (D) and another driver yet to be announced, who will join the team piloting the 007 car. Adrian Fernandez (MX), Andy Meyrick (GB) and Harold Primat (CH) will be in the 009 car.

The new AMR-One will make its official debut at the Paul Ricard circuit in France on April 1.