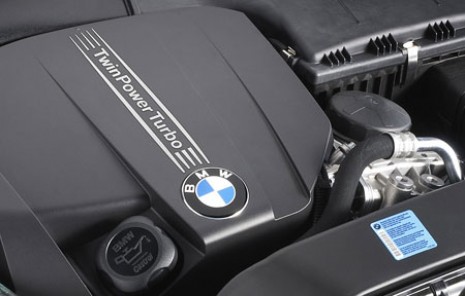 Later this year a four-cylinder BMW engine will return to the U.S. in turbocharged formed, first in the 2012 BMW X1 sDrive28i and eventually the 1 and 3-Series models and even the Z4 Roadster. However, overseas, BMW has been selling a number of four-cylinder engines for some time now, both in naturally aspirated and turbocharged forms, as well as in turbodiesel guise.

Now, a new report claims that BMW plans to eventually add turbocharging technology to its entire range of four-cylinder engines. The most powerful application will be the 245 horsepower unit with TwinPower Turbo technology--BMW's name for its engines equipped with a twin-scroll turbocharging system, direct fuel injection and solenoid injectors.

For any model requiring more than 245 horsepower, BMW will reportedly stick with a six-cylinder or V-8 engine.

The new turbocharged four-cylinder engine lineup is expected to feature 2.0-liter aluminum blocks, with different power outputs coming by way of varying turbocharger technologies and engine mapping. One innovation of the new engine design is said to be a thin 0.3 mm sprayed-on iron cylinder lining instead of the current 1.5 mm cast iron liners.

At this rate, it looks like the days of the naturally aspirated engine at BMW may soon be at an end.