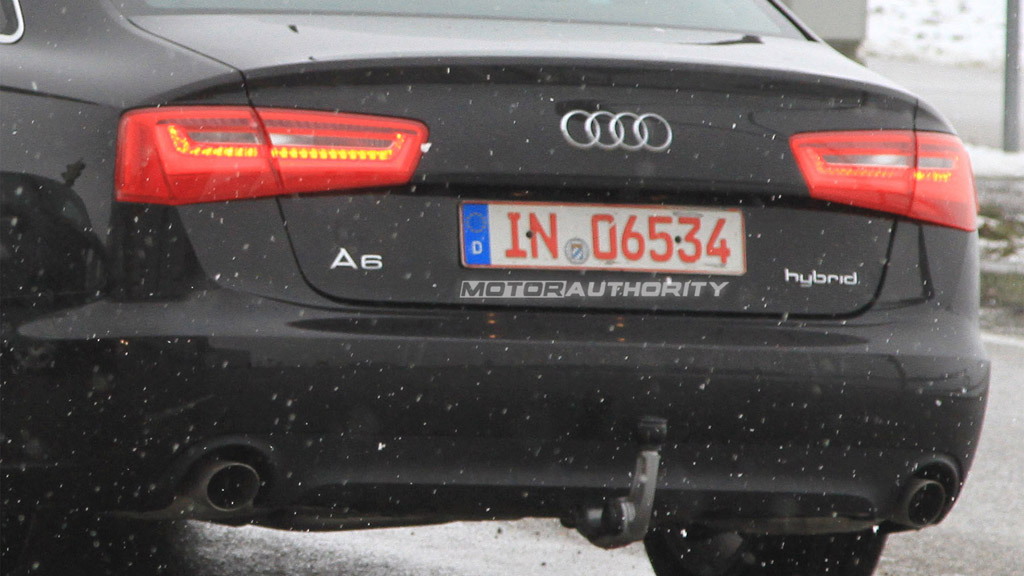 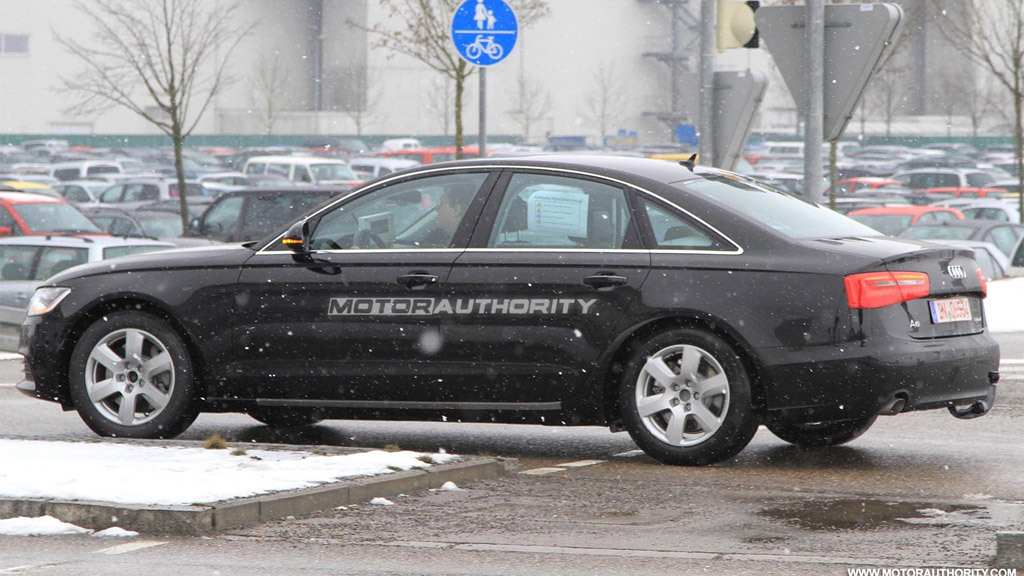 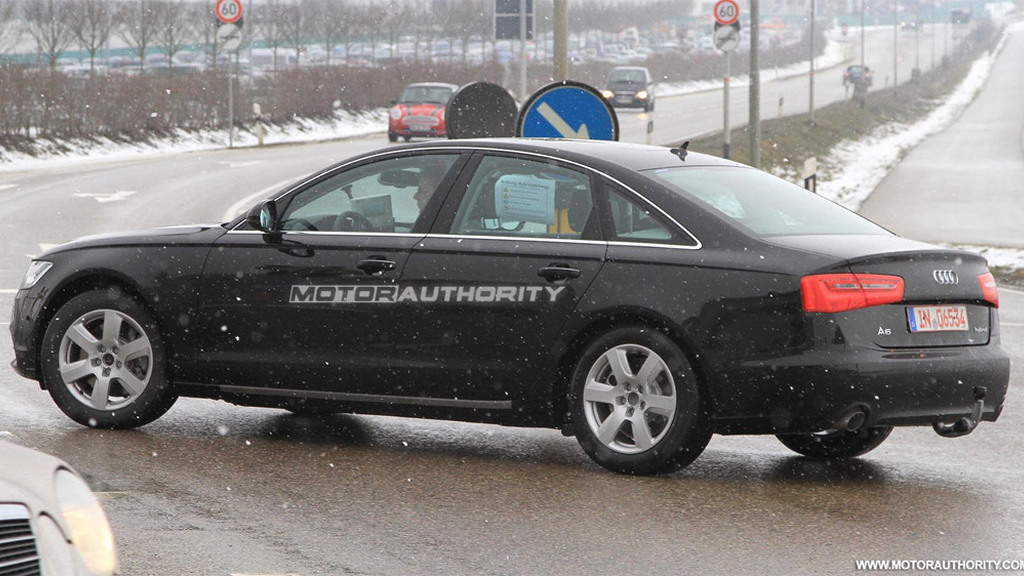 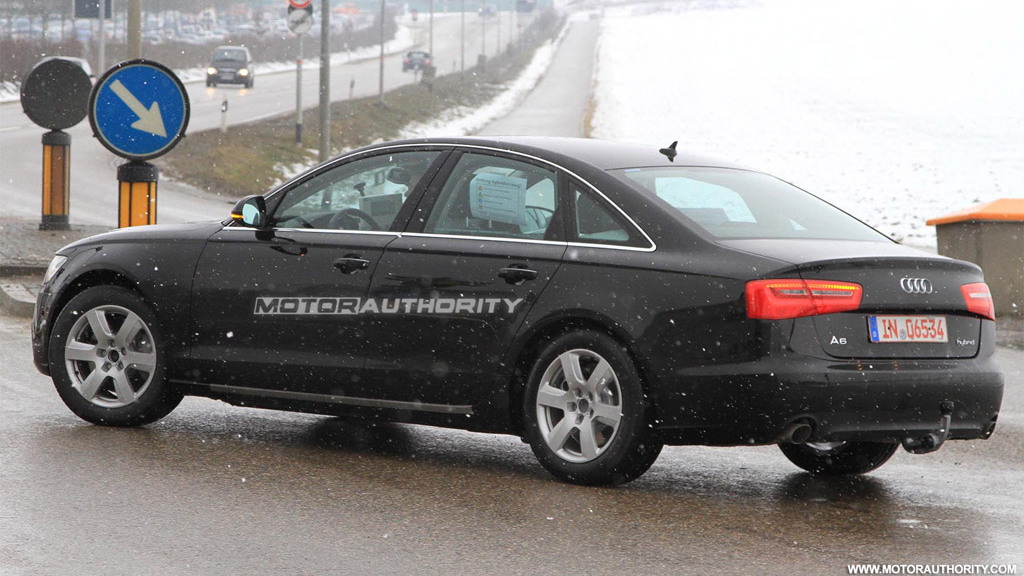 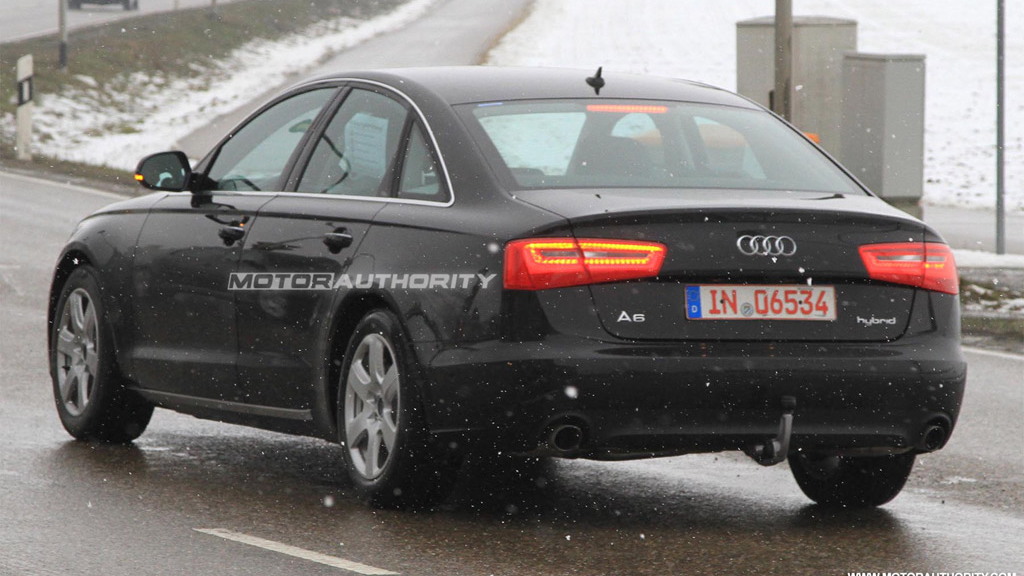 28
photos
Audi has already revealed its new A6 Hybrid, using last month’s Detroit Auto Show to present its latest-generation A6 range as well as the hybrid model. However, while the regular A6 lineup will hit showrooms later this year as part of the 2012 model year influx, the new A6 Hybrid isn’t due for a year or more after that.

Here we see engineers finetuning a prototype version of the new A6 Hybrid, suggesting that the car is not ready for sale. The spy shots were taken near Audi’s headquarters in Germany.

We pretty much know everything there is to know about the car. It combines the power of a large V-6 with the fuel efficiency of a four-cylinder unit. This is the same unit previewed in the upcoming A8 Hybrid, and consists of a 2.0-liter TFSI engine paired with an electric motor to deliver a combined output of 245 horsepower and 354 pound-feet of torque.

Either the 45 horsepower electric motor or the 211 horsepower four-pot can propel the car, the end result being an estimated average fuel consumption rating of 37.94 mpg.

If you’re saddened by news that the A6 Hybrid is being delayed for sale in the U.S., take some solace in the fact that the new Q5 Hybrid is scheduled to go on sale later this year.