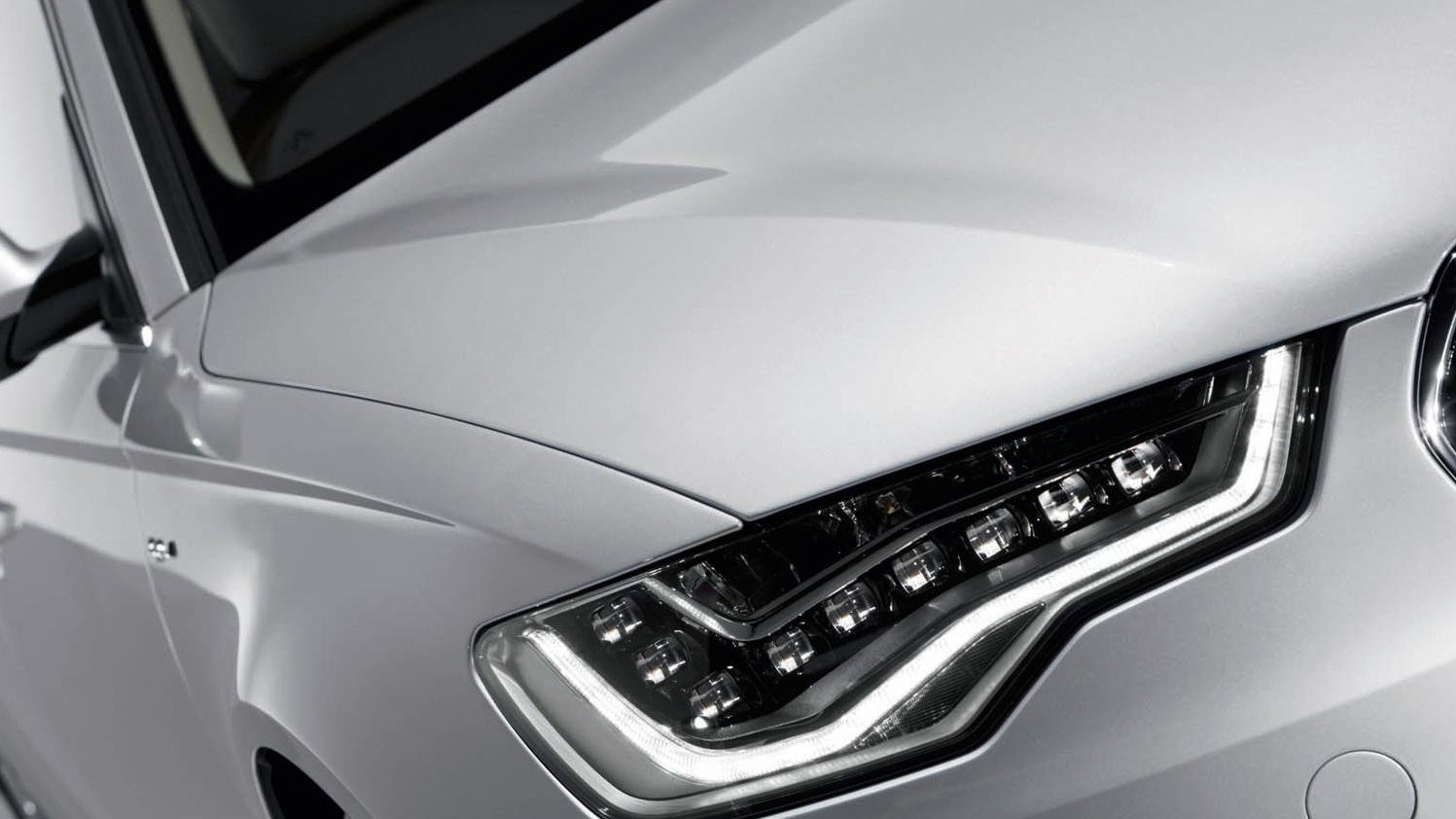 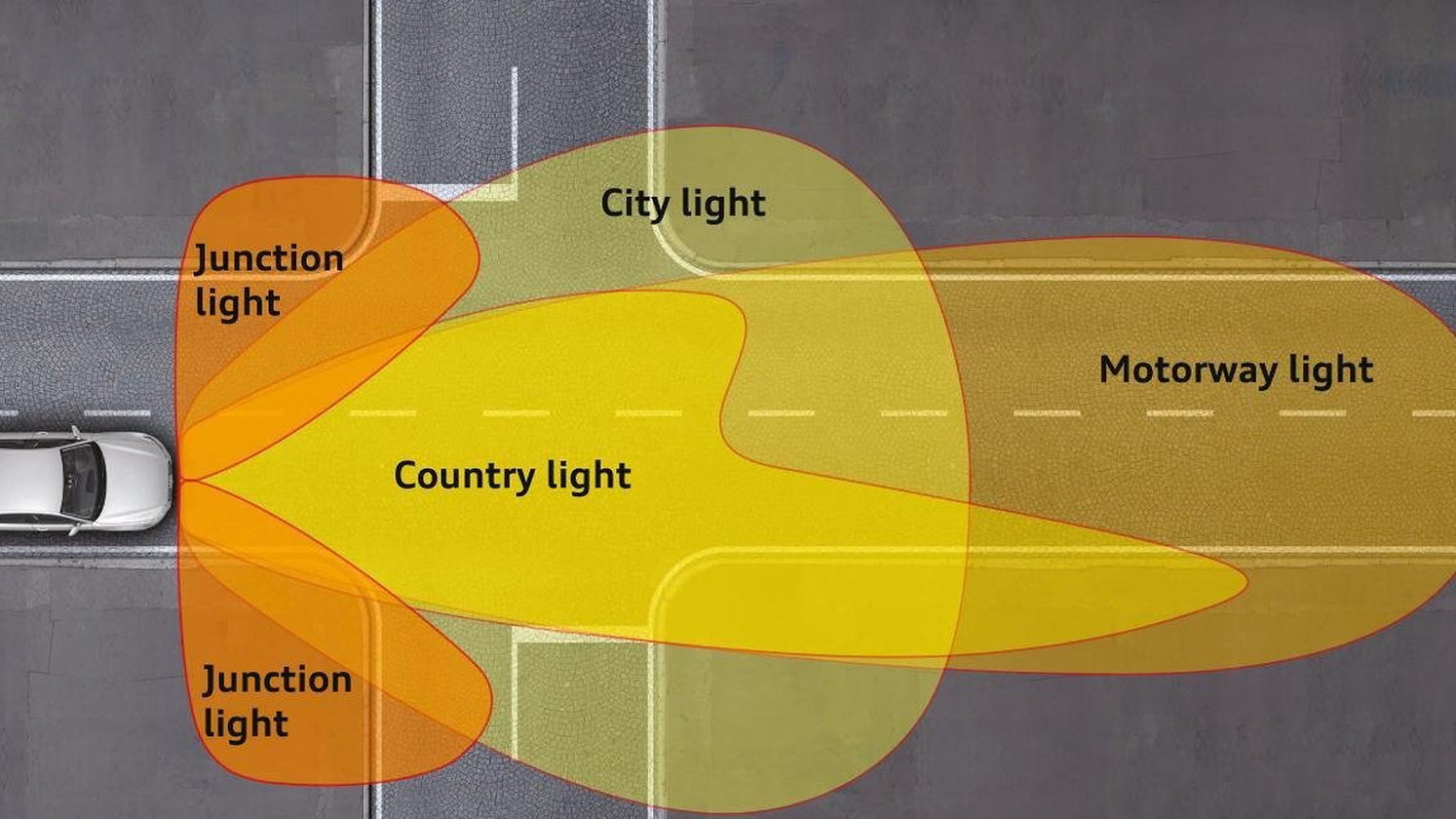 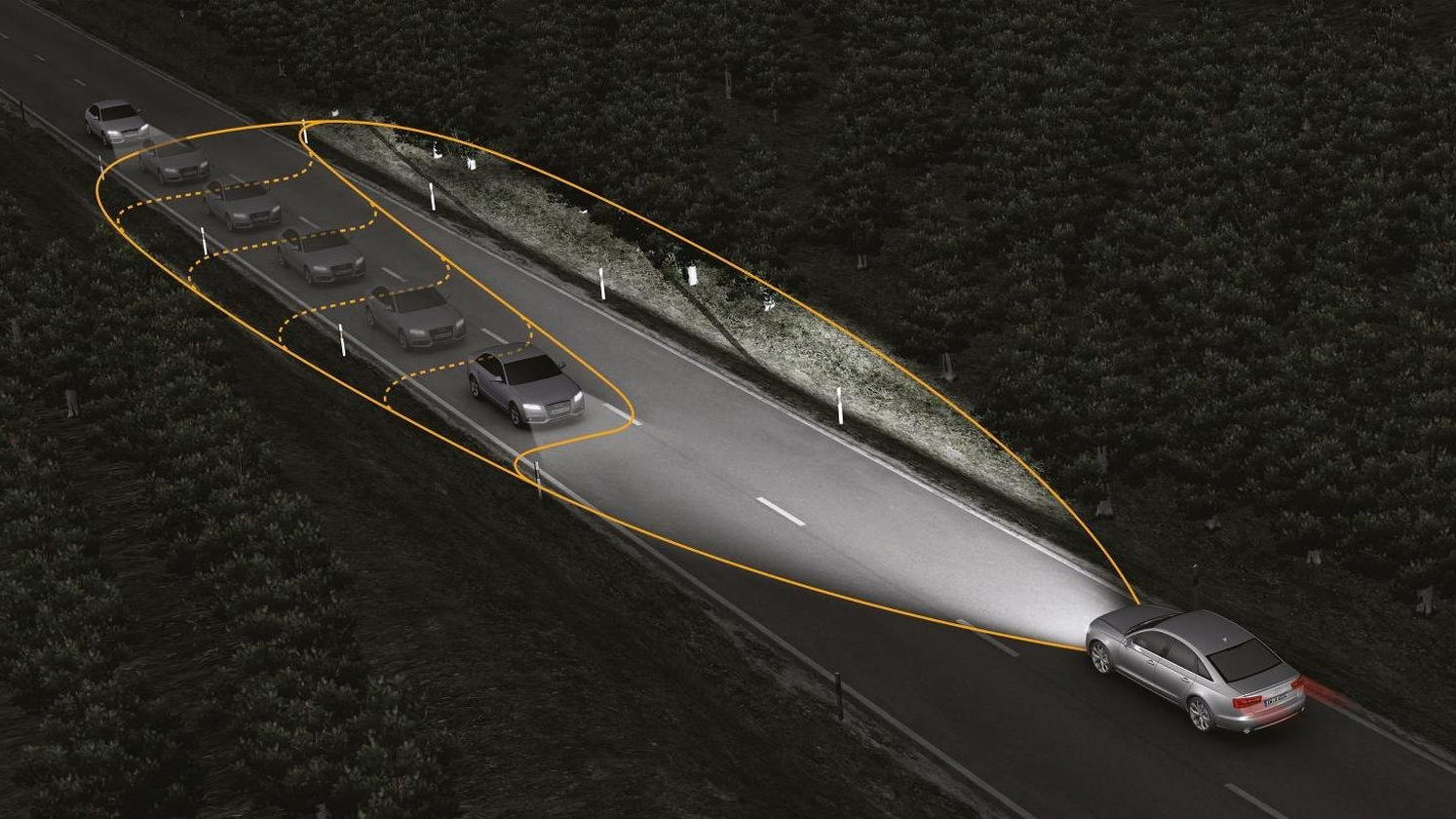 Following the lead of Audi's other models the R8 supercar, A7 Sportback and A8 luxury sedan, the 2012 Audi A6 executive sedan now comes as standard with all-LED headlights and LED daytime running lights, the latter a feature familiar to most modern Audis.

The all-LED lights were first seen on Audi's R8 supercar and the strip of bright white LED daytime running lights (DRLs) will be familiar to you if you've ever been followed down the highway by a recent Audi. This now means that every element of the lights now use LEDs for extra brightness, longer life than conventional bulbs and more efficient too. The LED units use only 40 Watts of power each.

Possibly more exciting than the lights themselves is the adaptablility now offered.

We've seen cars before that angle their lights as you corner or self-dip if other vehicles are travelling towards you to prevent your lights dazzling them, but the full LED setup now offers much more on top of those features.

The main headlights have standard, cornering light, all-weather light and highway light configurations. Linked to the car's satellite navigation system, the light pattern can automatically change depending on what sort of road you're on.

As you pull up to an intersection, the headlights direct more light to the sides so you're given better visibility of the traffic crossing your path, also giving them greater warning that a car may be crossing theirs. In city driving, a broad spread of light is directed giving you good forwards visibility. On country back roads, you're given a greater view down the road and enough light to illuminate each side of the road, too, yet slightly dipped to avoid dazzling oncoming vehicles.

When your satnav detects a freeway, the headlights automatically give you a much longer range of light illuminating the road much further ahead to account for the greater speeds.

The all weather function uses a camera on the back of the rear view mirror to detect the lights of oncoming traffic and adjusts the lights accordingly, improving your view without blinding others.

Given the pattern of the technology starting on supercars and working its way down, we expect it won't be too long before you models such as the Q5 and Q7 SUVs and A3, A4 and TT also receive adaptive LED lighting technology.