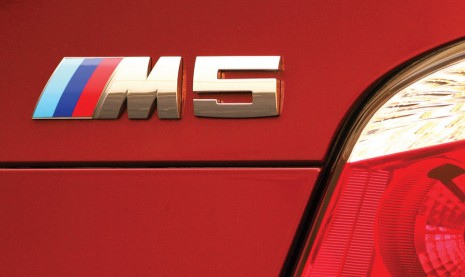 Just as the BMW M3 was originally displayed in concept form back at the 2007 Geneva Motor Show, and then again in production trim at the following Frankfurt Auto Show that same year, BMW is expected to do the same with the new-generation M5 due out later this year.

However, while the original M3 Concept was shown at Geneva, BMW will reportedly unveil its new M5 Concept at the 2011 Shanghai Auto Show this April. The production M5, which you can see in spy shots by clicking here, is still expected to be unveiled in Frankfurt.

The new sports sedan should come with a beefed up version of the twin-turbocharged 4.4-liter V-8 engine found in the X5 M and X6 M duo, possibly with as much as 580 horsepower on tap. Sending drive to the rear wheels will be BMW’s M-DCT dual clutch transmission as found in the M3, but a conventional six-speed will almost certainly be offered for purists.

The unveiling of the M5 Concept in Shanghai rather than the upcoming Geneva and New York auto shows highlights the importance of the rapidly growing Chinese market to automakers like BMW, which benefit from the country’s high number of luxury buyers.

In fact, the upcoming Shanghai event is shaping up to be so important for BMW that we’ll reportedly see the unveiling of the new 6-Series Coupe and ActiveHybrid 5 sedan in China as well.