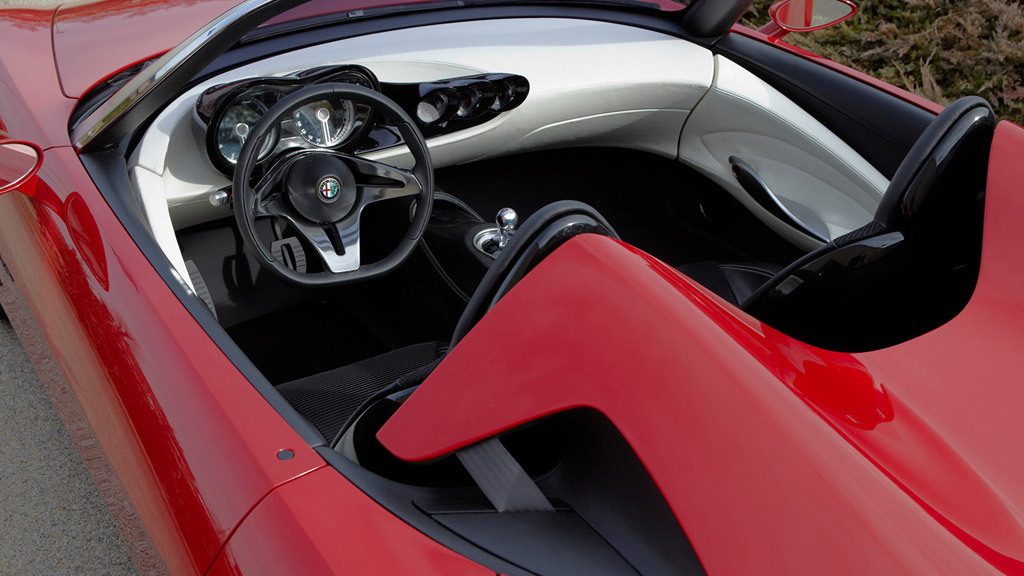 Those of you with keen memories will recall a new concept from Alfa Romeo, a new sports car called the 4C, was expected to arrive around the brand's 100th anniversary celebrations, which happened to coincide with last year's Pebble Beach show. But it never came. Now it's expected at Geneva.

New details on Alfa's coming 4C concept car have emerged today, and it's looking like it will share design cues with the classic Stradale, viewed through a futuristic lens.

The layout: rear-engine, rear-drive, two seats, and lots of style. It's thought to be based on the KTM X-Bow platform, which matches that layout. The original Stradale used a tiny 2.0-liter V-8 engine, while the 4C is more likely to use a forced-induction four-cylinder.

Or at least, so go the rumors in Greece. Citing word from Fiat's Greek arm, Autoblog.gr is claiming the 4C GTA Concept will indeed show its face in Geneva, sporting a 265-horsepower, 1.75-liter four-cylinder turbo engine. It's an enticing rumor, but at this point, we can't credit it too heavily.

However, those specs align closely with the design concept shown at last year's Geneva show by Alfa and Pininfarina, the 2uettottanta (pictured). Also powered by a 1.75-liter turbo four, and sporting a very compact two-seater roadster layout, it could be the design thesis for a production concept due this year.

The 4C has been expected as a high-output, lightweight, lower-cost follow-up to the halo 8C Competizione, with rumors consistenly putting output above 250 horsepower from a small, turbo four. The latest, then, is at least consistent with prior reports.

We'll keep you posted if we learn anything new.