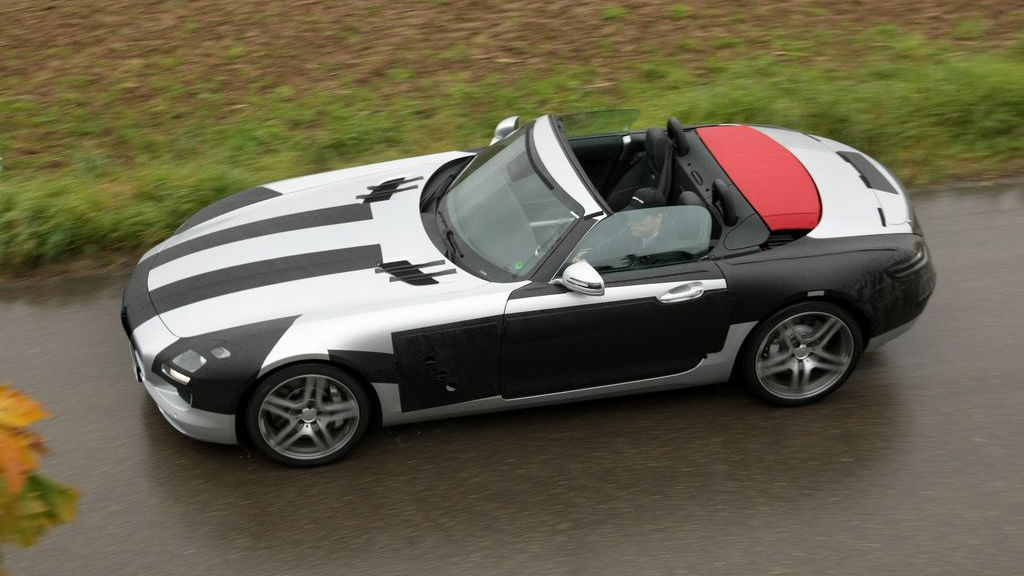 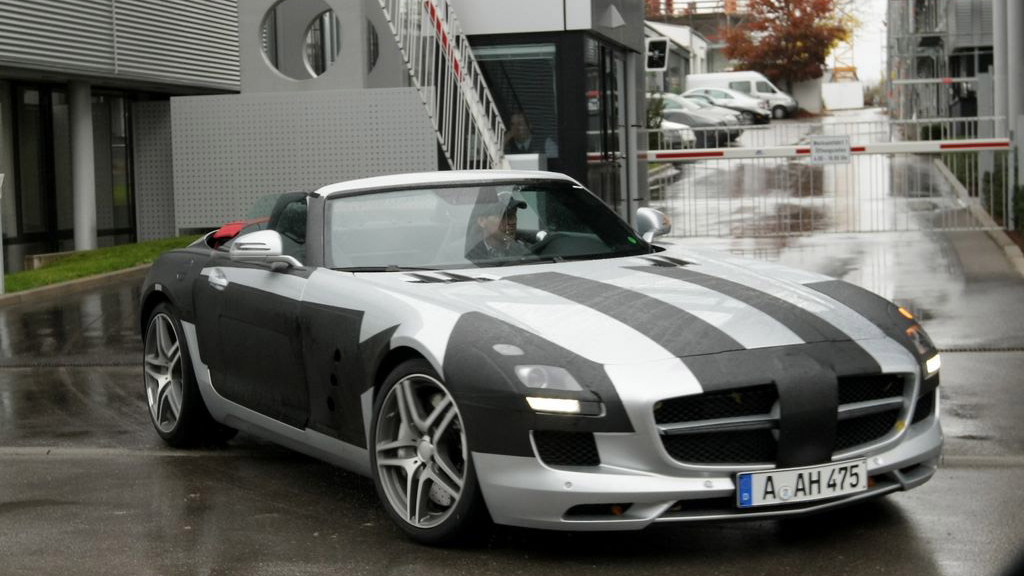 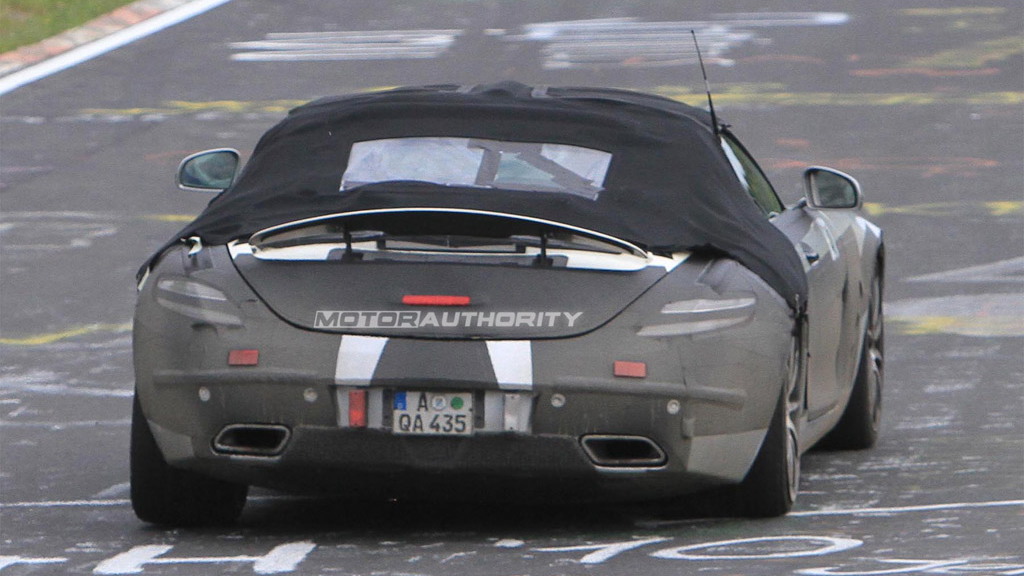 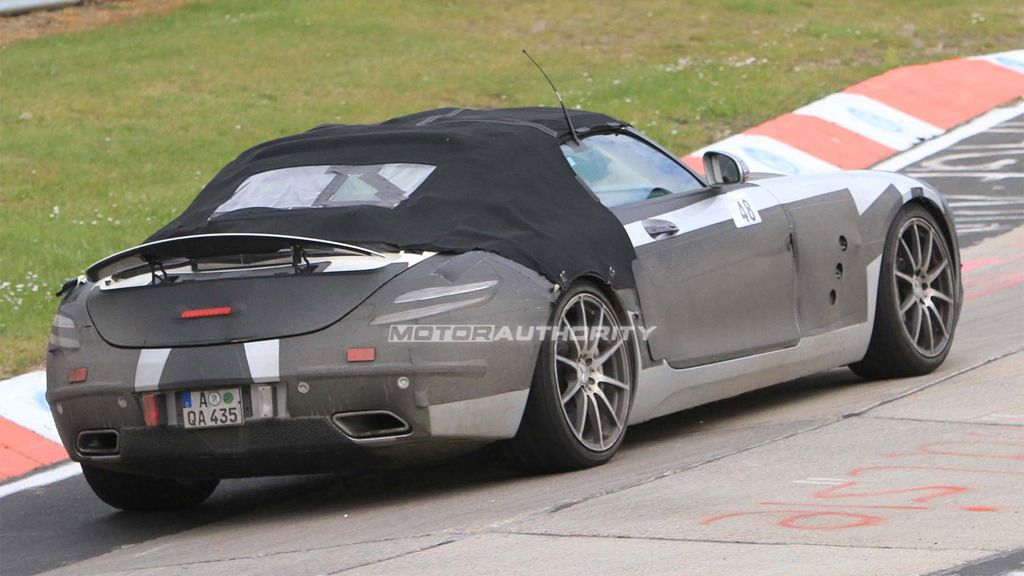 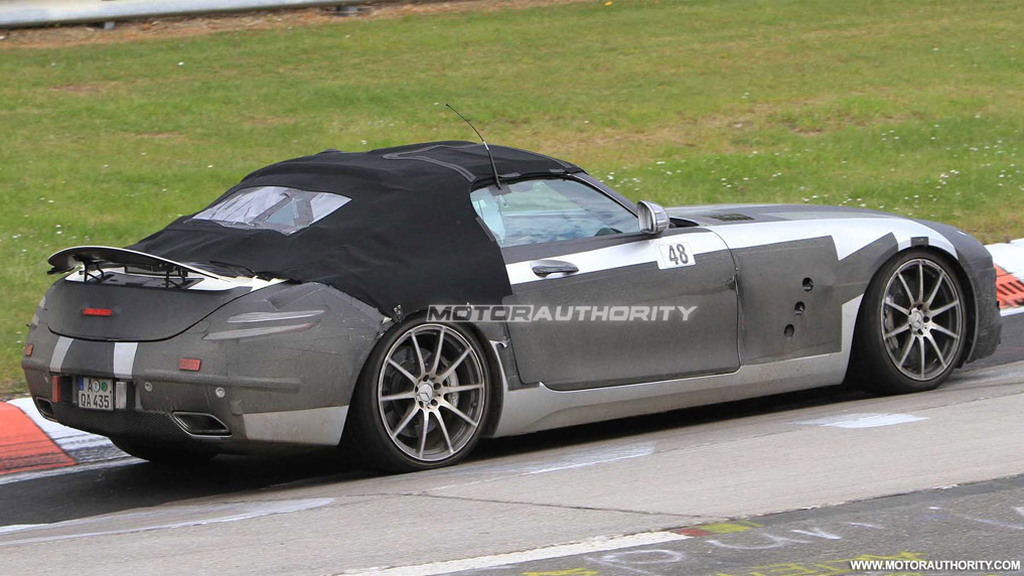 18
photos
During a recent interview the boss of AMG, Ola Kaellenius, revealed a few details about the brand’s upcoming models including its most important launch of next year, the 2012 Mercedes-Benz SLS AMG Roadster.

Speaking with Germany’s Auto Motor und Sport, Kaellenius revealed that the Roadster version of the SLS AMG would make its world debut at the 2011 Frankfurt Auto Show, which takes place next September.

As for the new SLS AMG Roadster, the car is expected to ditch the naturally aspirated 6.2-liter V-8 used in the current gullwing model and go with the latest twin-turbocharged 5.5-liter V-8 engine that we’ve started to see filter across AMG’s fleet. The new unit develops up to 571 horsepower and 664 pound-feet of torque. By comparison, the SLS AMG’s 6.2-liter V-8 develops the same 571 horsepower rating but ‘only’ 479 pound-feet of torque.

For more details on the 2012 Mercedes-Benz SLS AMG Roadster, check out our previous story by clicking here.