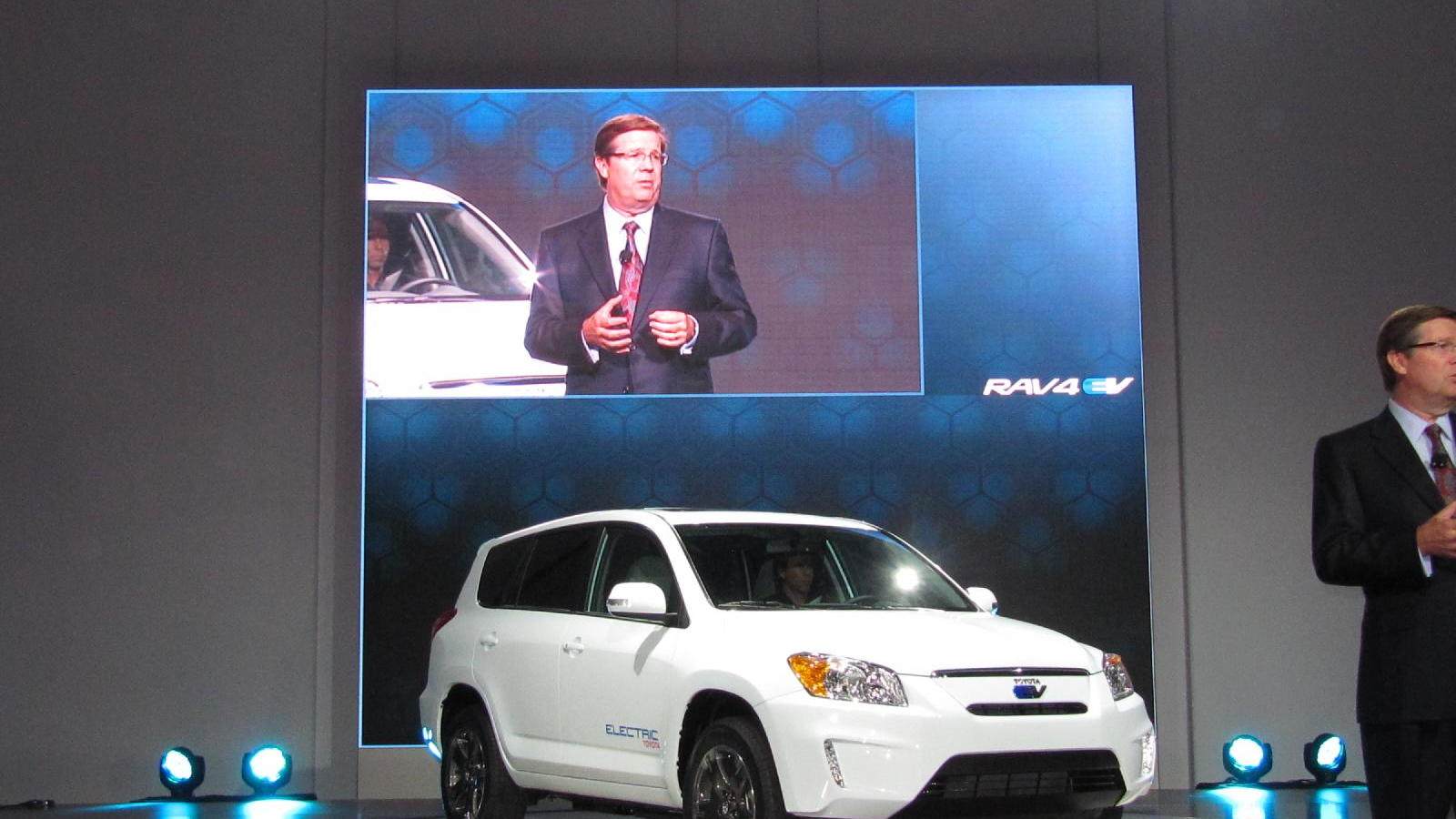 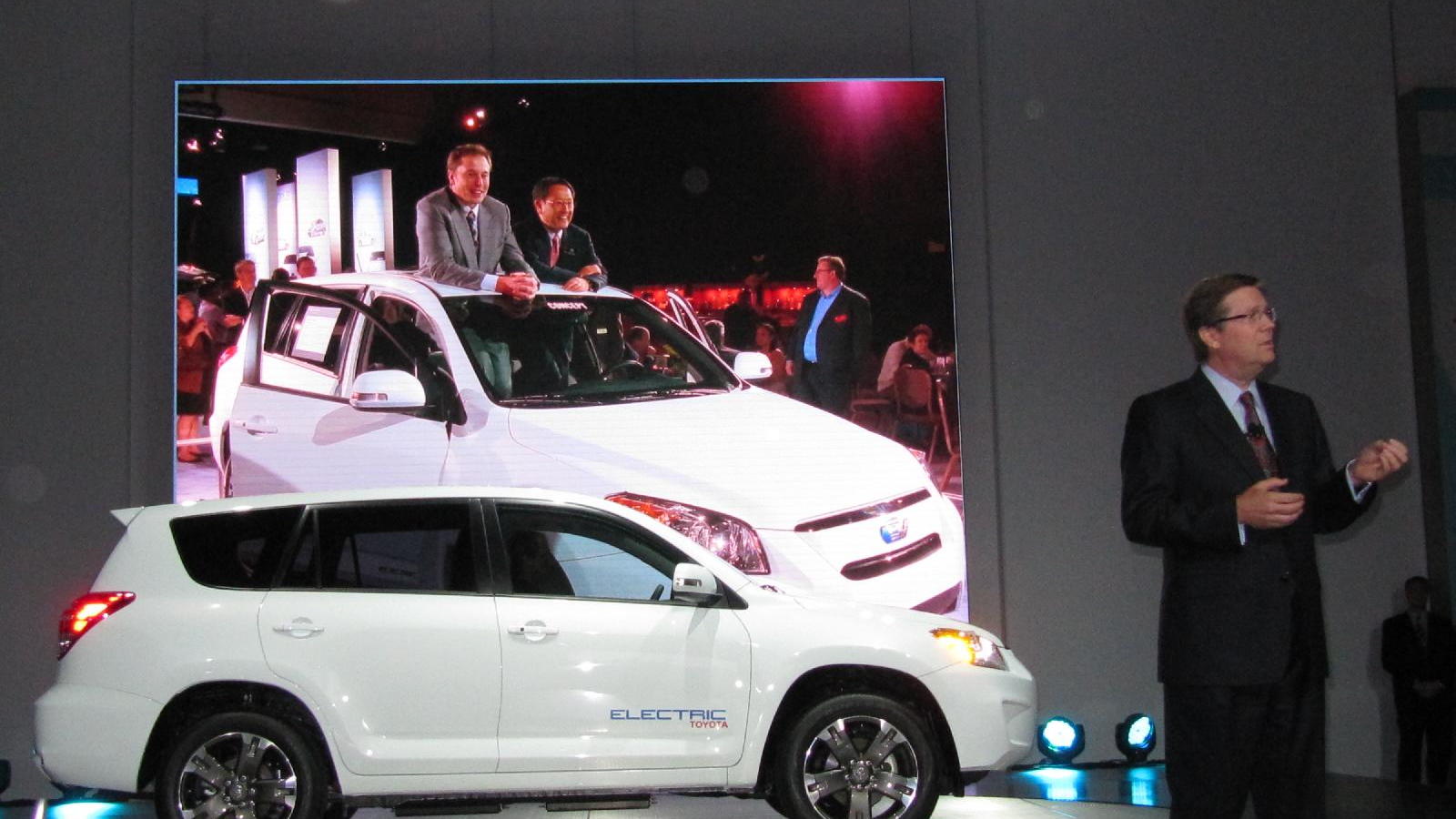 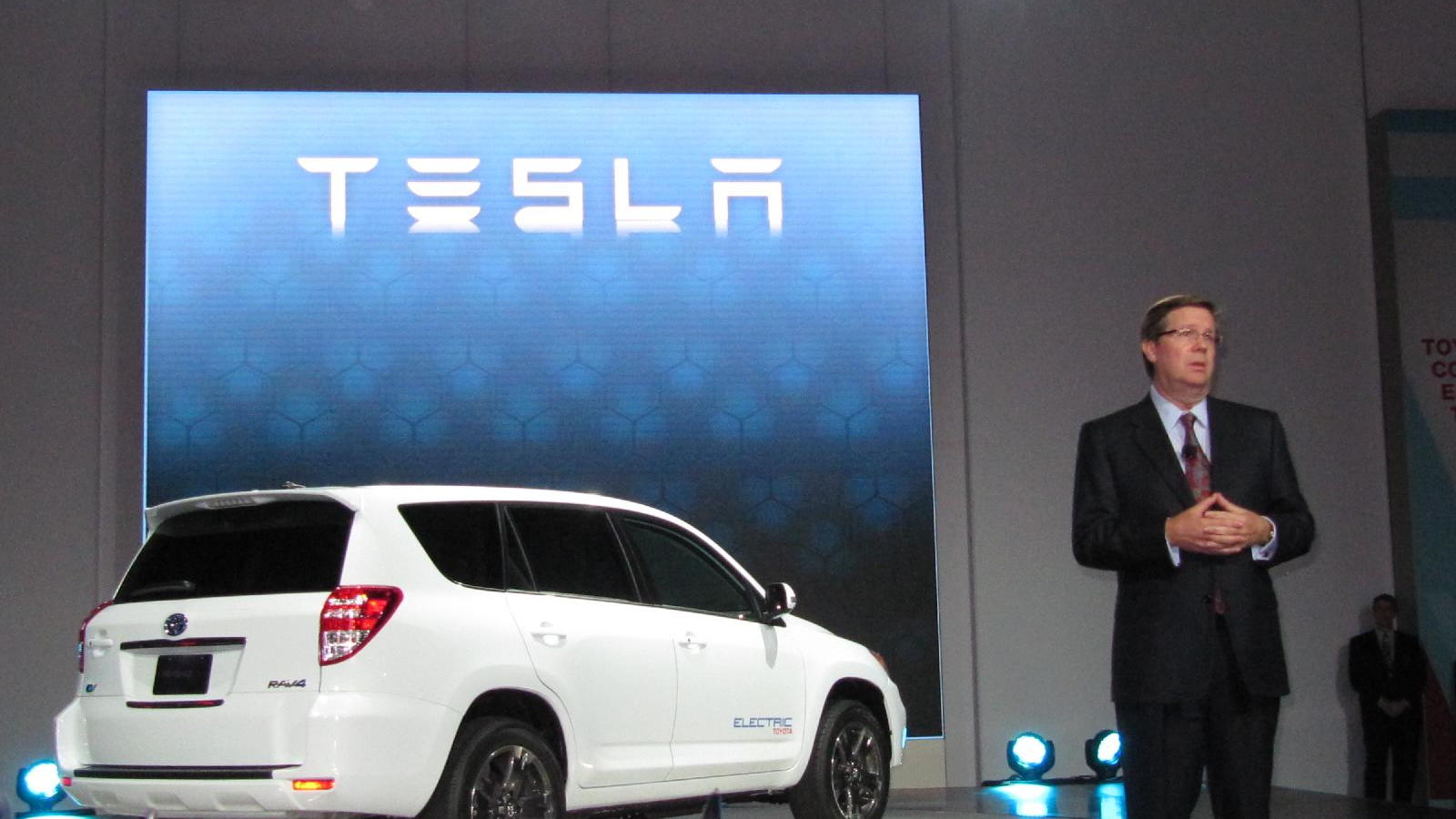 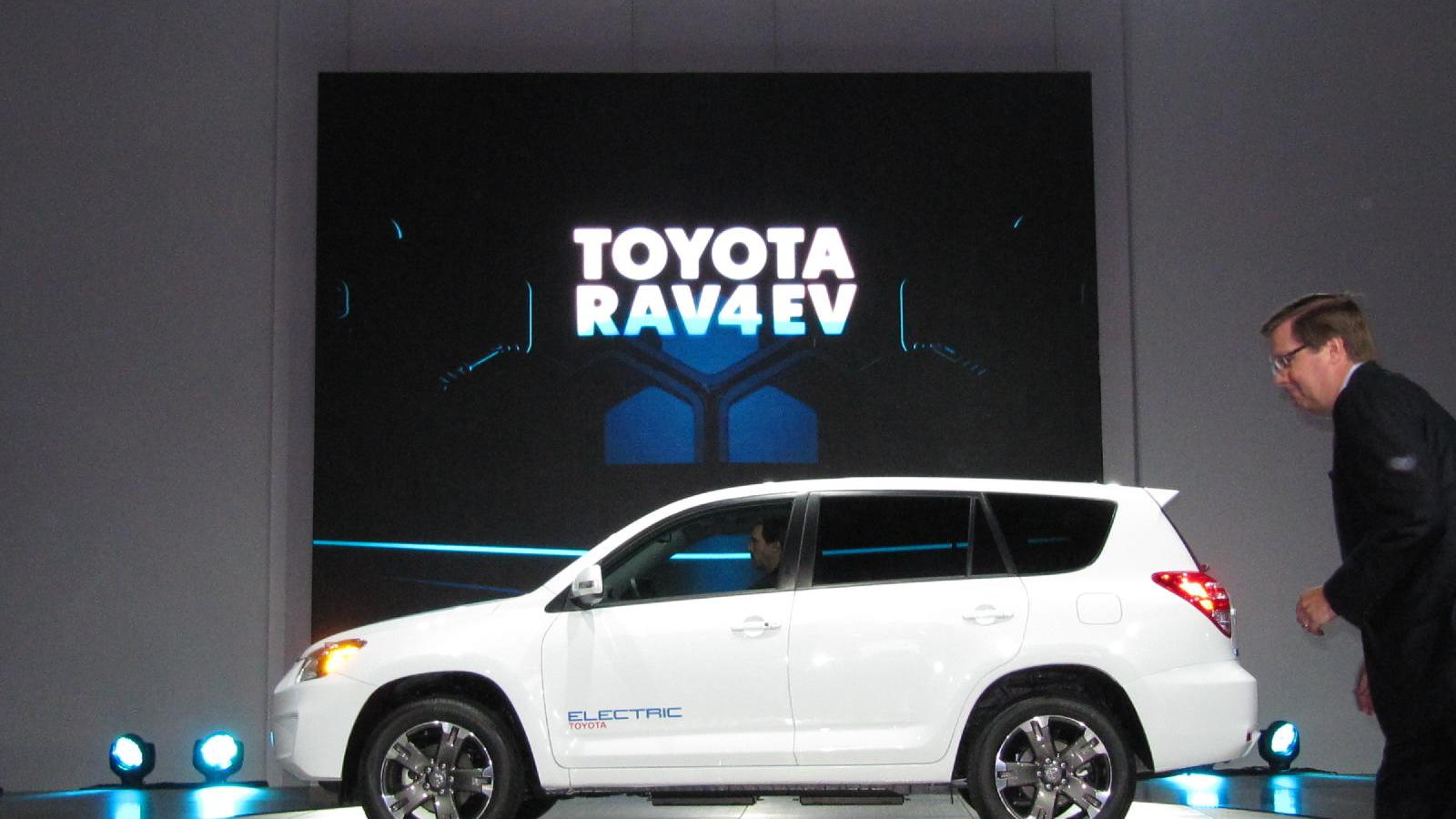 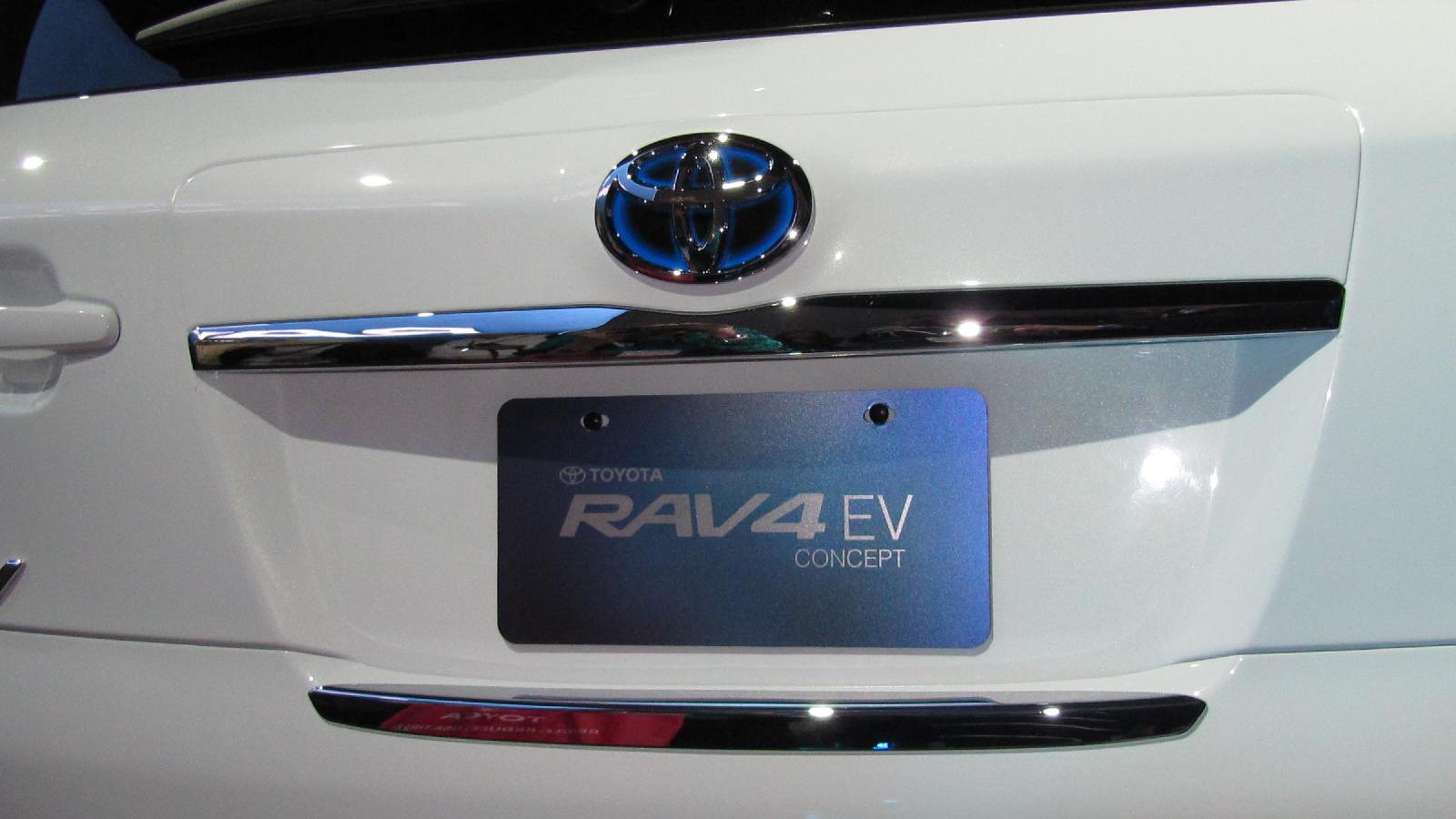 12
photos
Toyota has revealed the new Tesla-partnered RAV4 EV at the 2010 Los Angeles Auto Show today, the first of 35 demonstration vehicles that will lay the ground work for the eventual launch of a retail version in 2012. Developers of the RAV4 EV are hoping it will have range of 100 miles in actual road driving patterns, across a wide range of climates and conditions.

This is in fact the second generation of Toyota’s all-electric SUV. Back in 1997 the automaker rolled out the first RAV4e, a pioneering vehicle in the EV segment and one of the first of the zero-emissions vehicles you could actually buy and keep. Sadly, Toyota’s RAV4 EVs saw only a brief flicker of life before being extinguished in 2003, but now they’re back--and are joined by Tesla.

Tesla will build the lithium-ion battery pack and various other electrical components at its new facility in Palo Alto, California, and Toyota will manufacture the cars at its current assembly plant in Woodstock, Ontario.

The goal for the project is to offer driveability capabilities at least comparable to the existing RAV4, despite a weight penalty estimated at 220 pounds. Acceleration from 0-60 mph is currently almost as good as the V-6 version of the RAV4.

Few technical details were released, and Toyota is keen to point out that final details are yet to be ironed out.

For a thorough look at what Toyota and Tesla might be planning for the RAV4 EV--as well as a Lexus RX version--check out our in-depth article here, and find even more detail in John Voelcker's write-up at GreenCarReports.