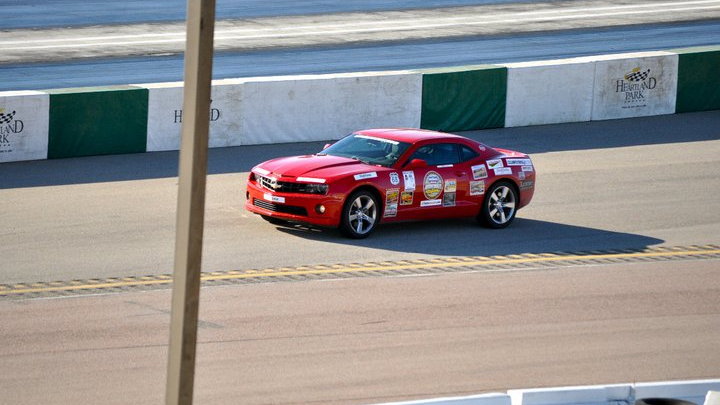 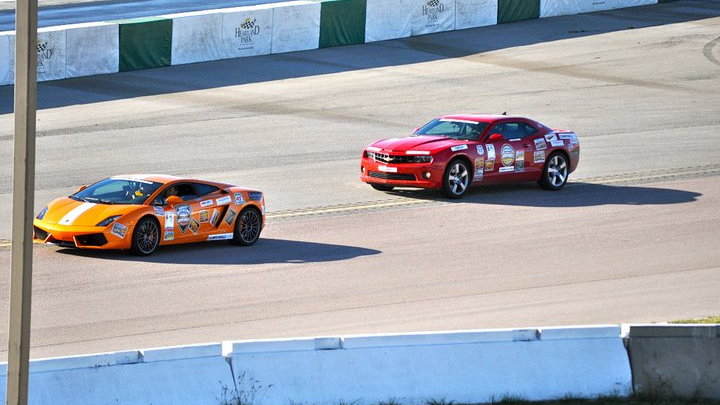 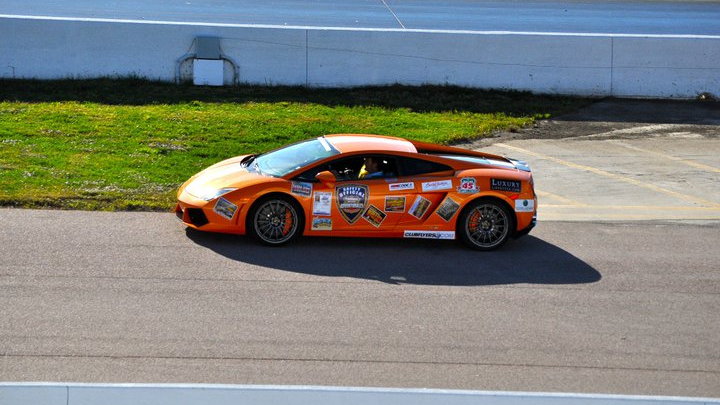 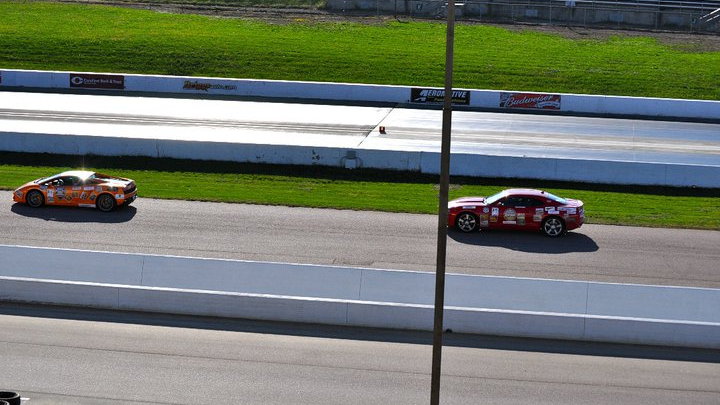 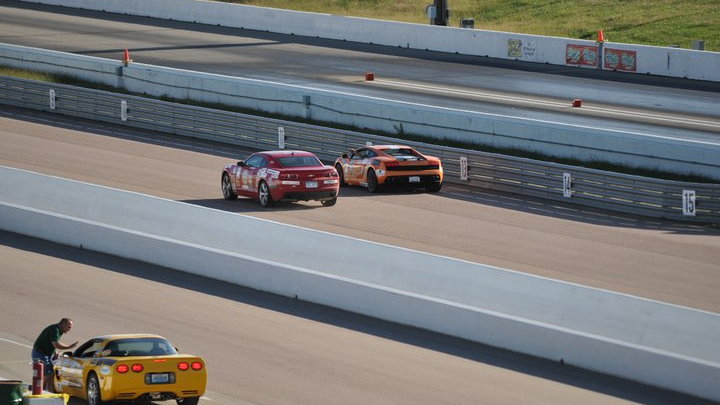 Camaro SS versus Lamborghini Gallardo LP550-2 Valentino Balboni. Sounds like a foregone conclusion, right? Not so fast--Team High Gear Media took to the track at Heartland Park Topeka and managed to catch and pass the LP550-2 piloted by none other than Balboni himself.

You may remember my excitement over getting to go head-to-head with Balboni on track. It turned out that he was just running for exhibition, not for time, at the track events. But at Heartland Park, I was staged to hit the track behind the legend. I never expected to catch him.

To be fair, Balboni wasn't likely going all-out. His tires were toward the end of their useful life and as Lamborghini's retired factory test driver, he has nothing to prove to anyone. Nonetheless, you can see in the video (starting from lap two) that he's pushing the car pretty hard in some corners, getting sideways on exit. I ran right behind him for about half a lap before getting the point-by on the front straight, to the delight and bewilderment of the crowd.

I, on the other hand, as pilot of the 2010 Camaro SS, was pushing at a solid 90-95 percent of my ability. It is, after all, not my car, so going all-out was out of the question. You can see on the "warm-up" lap that I got in a bit too deep in one corner and just barely managed to save it from a lawn-mowing excursion. The perils of an unfamiliar car on an unfamiliar track.

The lines aren't the tidiest, and I did get the car a bit sideways in places (traction and stability control were completely disabled), but it's not a bad showing for only getting 5 laps to learn the track--the middle three of which were timed for points. We ended up first on the day, about three seconds ahead of our closest competitors in the E63 AMG.

Joel and Tim are now in the car, running out the last two days of the Fireball Run. To follow their progress, head over to TheCarConnection's Fireball Run hub.